The exhibition Surge is the first sample in Chile by the renowned Indo-British artist Anish Kapoor, who together with the Brazilian curator Marcello Dantas, shared his learnings, believes and uncertainties in the press conference, carried out a few minutes before the opening on 28 Abril.

“In the absurd world of art, the question about the nationality play an important role, however it is simply the white art way of turning other artists into second-rate citizens… the art is a language itself that doesn’t reduce to nationalities”, stated the artist Anish Kapoor, before the curiosity of a journalist who asked him if he knows or is interested in knowing the work of any Chilean sculptor. Could an artist who was born in India 1954 (seven years after its independence from the British empire), and has been living in London the last 45 years, think otherwise?

Although the artist recognizes that inevitable psychic memory that connects him with the origin of his blood and with his red native land (reference to a characteristic color of his work), at the same time he admits that it was the academic and artistic circuit of the United Kingdom that shaped his artistic practice, as until September 8, the Corpartes cultural center (Rosario Norte 660, Las Condes) will give shape to his monumental work Svayambhu (2007), a large block of red wax that is carved in the As it moves almost imperceptibly between the thresholds arranged in space. “One of my fundamental questions revolves around our interior, we are all contained by blood and his redness, is not only a reference to violence. If you want, it is the body invested, the body as an inevitable question of being, with which we continue to clash, “the artist told the AL Limite Art Editor at the press conference held on April 28. 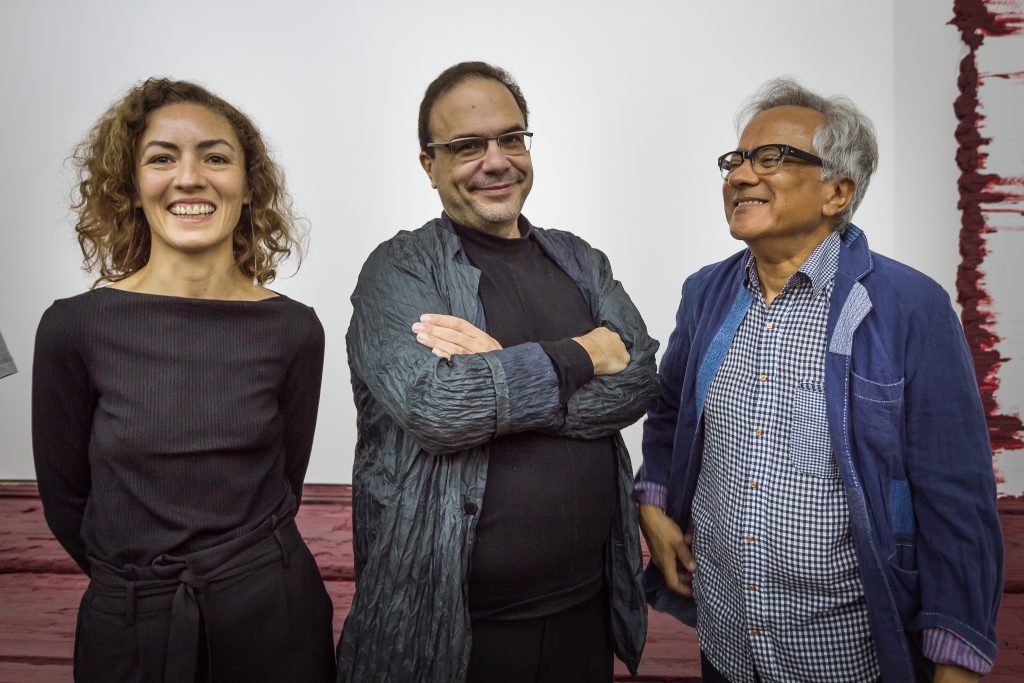 Anish Kapoor is one of the most influential artists of contemporary sculpture. His work has been recognized for settling in a diffuse boundary between architecture and sculpture, for exploring the emptiness, the monumentality and even the existence of matter. “One of the things that I encountered in my artistic practice is that where matter exists, there is also the absence of matter. When I close my eyes, the space I occupy is not just my body. In some way, the interior space is greater. Now, can someone create an object in which the interior space is greater than the one it occupies on the outside? Of course it is an old philosophical problem, about what is contained and how, and if the container is sufficient. I try to deal with this and approach them in different ways, “said the artist recognized, among other works, by Cloud Gate (2006), a sculpture of 98 tons located in the Millennium Park in Chicago (USA).

His works of large format, his understanding of the object as a participant entity of the physical space of the observer, the use of scale as a poetic element and various architectural contributions, such as the ArcelorMittal Orbit tower (2014), made in conjunction with Cecil Balmond, they have earned him categorizations such as that of sculptor-architect, which Anish Kapoor denies and explains for his conception of architecture: “Architecture in its purest sense is my body, it is a reflection of the self and in a very obvious way it plays This very strange and important role on how we move in space “, adding that from a more psychic path” we could say that space completely affects how the world is interpreted, therefore architecture is extremely important. The artist has to respond to spaces, push them and do what architecture does not want to do”.

The first piece that the guest faces is Organ (2019), piece located in the esplanade of CorpArtes created especially for this sample, which consists of the installation of a Rolls Royce engine, connected, by pipes, with the rest of the exhibition, transforming the cultural center into a kind of body open to the public on Tuesday to Sunday, from 11:00 a.m. to 6:30 p.m. 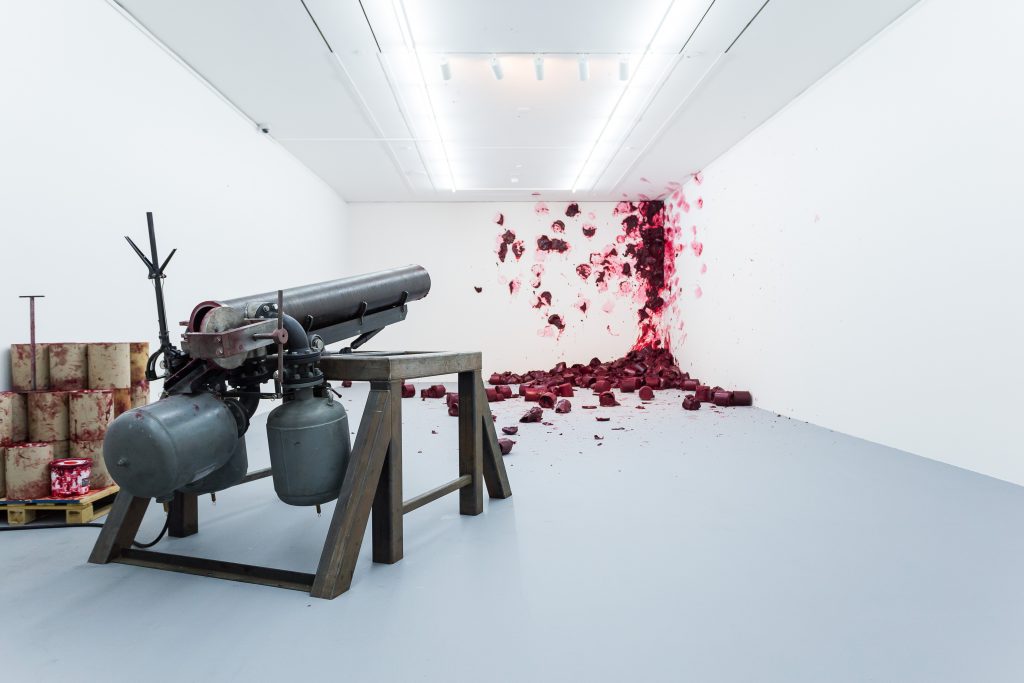 This work is based on a work that the artist worked in 2012, in which he included an engine and connected the rooms through pipes, stating that we can never get away from the body, that the body always has a figure, an engine. Organ (2019) adapts this idea with a Rolls Royce engine, the same one used by the Hawker Hunter fighter-bombers, aircraft that in the artist’s words “were used as objects of death” on September 11, 1973, when they bombed the Palacio de La Moneda . The artist chose them, particularly, for the boycott that in 1974 the workers of the Scottish company Rolls Royce made to the Chilean dictatorship (1973-1990), by refusing to carry out the maintenance of the engines, leaving the aircraft unusable.

Other works that stand out in the exhibition are the renowned When I am Pregnant (1992), Void (1993), and one of his most recent works: Into Yourself, Fall (2018) an animation of almost 13 minutes in which experience a journey into the body from virtual reality. “I realized that vertigo is a vivid experience in virtual reality, and I have always been interested in vertigo because it is falling inside the object, inside the color. It is a work about falling on oneself, “says the artist. 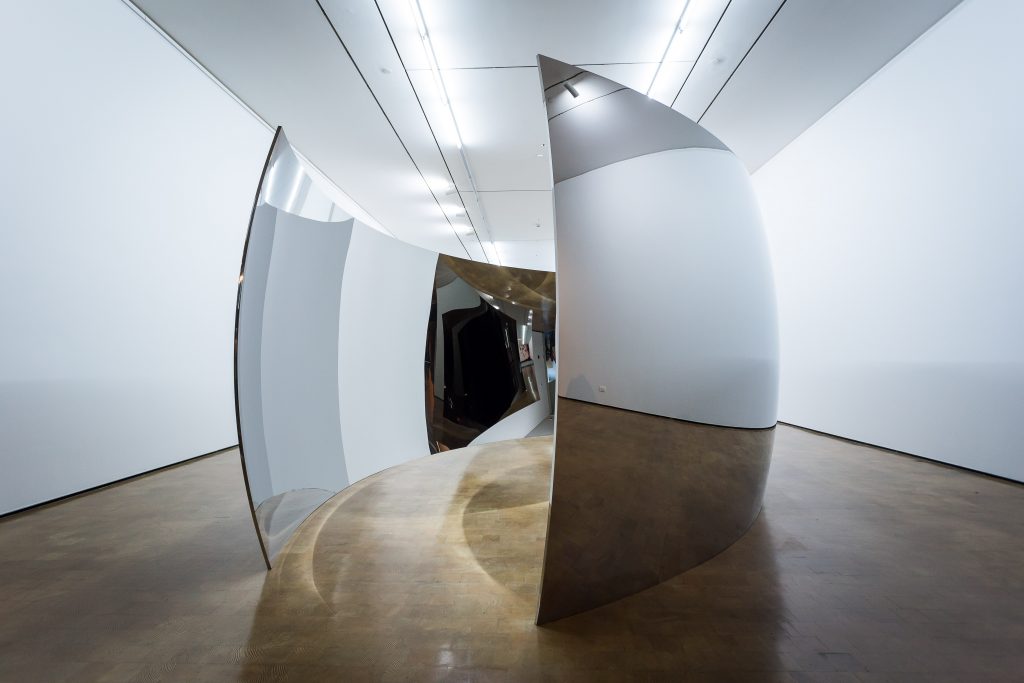 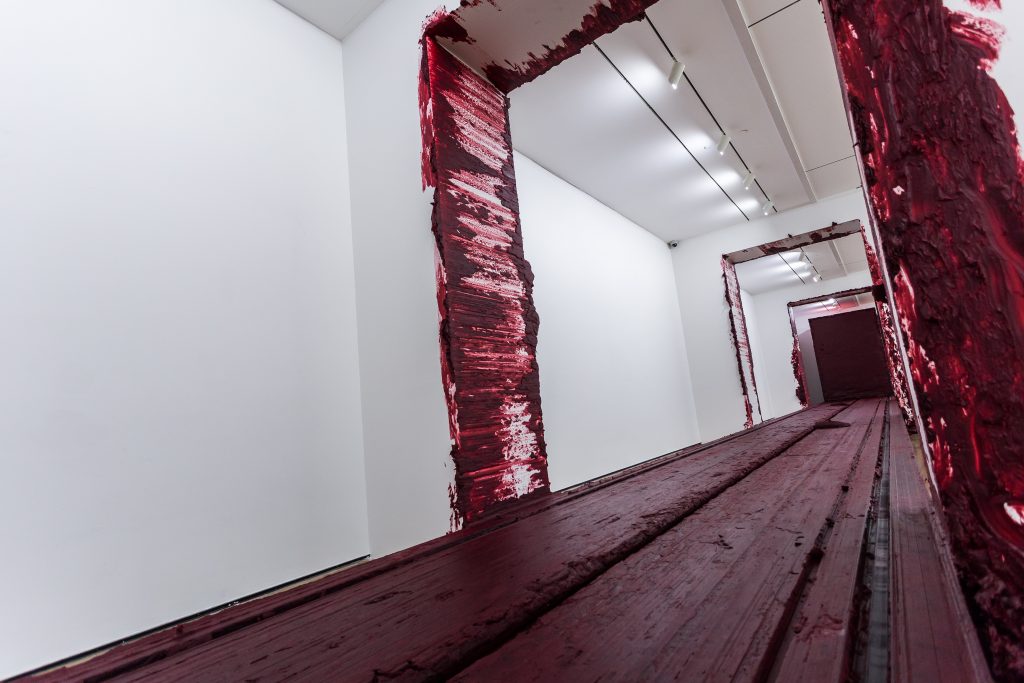 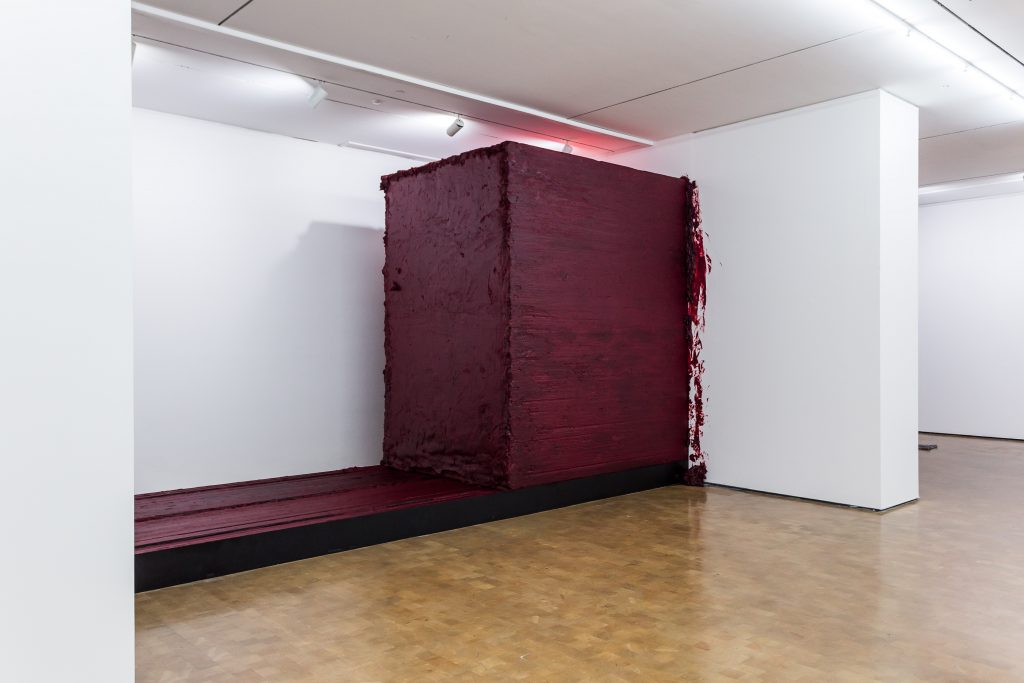