On July 10th, 1988 -someone rushes to turn off the light- and after the death of Enrique Lihn, it begins to consolidate a legacy that thanks to the concerns and cares of his daughter Andrea, today it bears fruit in a foundation that aims for safeward the overwhelming piece, expressed beside of poetry, in critic rehearsals, theatre performances, novel, tales, illustrations and comics, among them it highlights a happening called Adiós a Tarzán, where the Johnny Welssmuller’s death gives cause for this versatile aithor show the clown inside of him, who is opposed to this everlasting intellectual nonconformity that pushed him to desacralize the literary discourse and the demagogic chatter, getting apart from the hegemonic vedetism and officialism, reason why he largely promoted what Roberto Bolaño said, “Lihn is one of the worst-read poets in Chile”.

Clearly he was a misunderstood person who lived to write and develop a trade, through which he communicated even in his terminal stage, as Andrea says in Diario de Muerte, “it was his way of understanding what he was living, his way of say goodbye to us. “A goodbye, which was reversed with the launch of his Foundation at the Centro Cultural de Providencia, with” men at one end, women at another, in a perfect order before the blood “, as an unbeatable corollary to the interview given by Andrea Lihn to Arte Al Límite, which we present below. 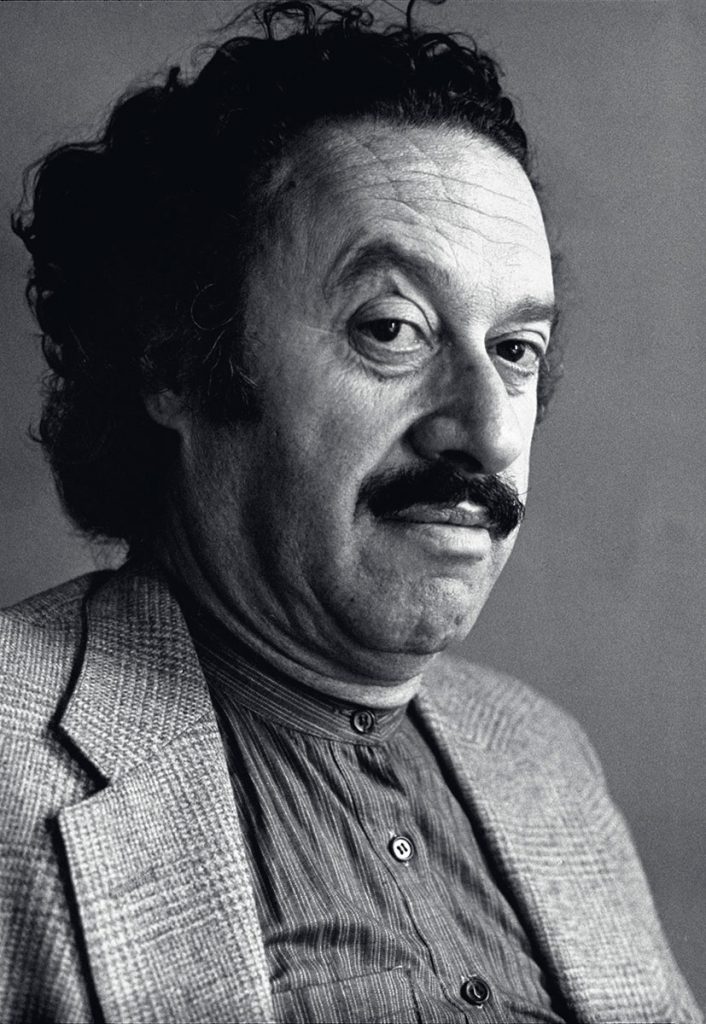 In which way do you pretend to be faithful in the Foundation, to the rebel spirit of Enrique Lihn, I cite: “I don’t agree with parties, nor religions, nor mafias, nor cliques””?

We all knew how acid and rebellious my father was in relation to his position with respect to the official establishment that moves the strings of our country from its privileged positions. My dad used his poetry, his street actions and his labia to postulate critical discourses against society and was always very consistent (especially with the issue of the exile of many of his friends, which always made him reveal himself to politicians, it was difficult to persuade) For example, when my father defended Heberto Padilla in Cuba, they declared him a “non grata” person (imagine the visionary, nowadays it would be the other way around). So it is very easy to stay true to what my dad was, as his friends say: a man who always gave stitches “without” thread. With the foundation, we want to justly recover its opposite position, its always rebellious writing and its enormous ability to shake the young people, who are our main focus and the fundamental motor to push the beginning of our foundation.

How are you making known the artistic multidimensionality of Enrique Lihn, beyond his indisputable literary work?

We intend to attack from several fronts. In regard to his plastic work which includes an endless number of drawings that he made from childhood to his last days, such as the making of the comics Roma la Loba, we think about making publications, exhibitions, and exchanging cultural activities, such as contests or others, especially with the youngest, which is the niche with which we have proposed to work. To make known his videos and his vast dramatic work, which includes a dozen plays, some of which were mounted by himself and others by me, but there are still several unpublished. The idea is to project ourselves towards the schools, thinking how difficult it can be to read my father for the youngest we think we can bring them closer to her through the theater, he can be a good incentive. 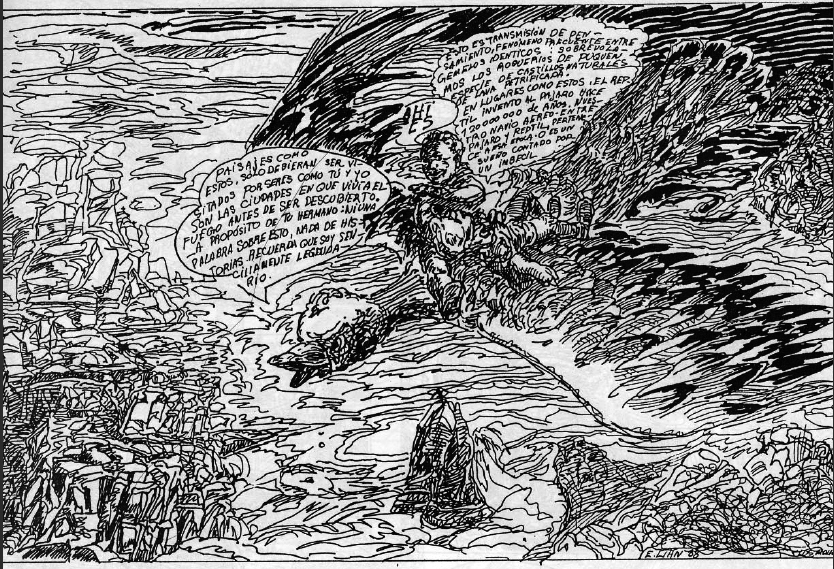 Within your projects, what do you mean by generating cultural exchanges that align with the objectives of the Foundation?

Our target audience will be young people (high school and university students) for 2 reasons, the first one is because my dad was always very close and very interested in maintaining a close relationship with them for a current and cutting edge topic, and secondly because we are talking of the future readers who will preserve the image of Enrique Lihn for all time. Our projects will be summarized in literary workshops and meetings around the figure of my dad, such as symposia, talks, talks, launches, exhibitions and other.

We will promote a prize in his name destined to encourage writing in young people from all communes and we will seek to relate the work of Enrique Lihn with the multiplicity of artistic possibilities that he produced (narrative, poetry, theater, plastic, essay, story, audiovisual, among others) to interfere in the artistic area of ​​the colleges and neighborhood associations in dialogue with the respective municipalities, in order to generate cultural exchanges that are relevant and “rebellious” at their origin. The Foundation, in its area of ​​extension, will aim to attract and retain a large number of young participants / attendees to our activities, which will be held in a physical space that we are waiting for the resolution, to be facilitated to the Foundation to commodate.

Do you have considered rescuing his writings on art, his drawings, graphic work and comics, taking into account that his beginnings were in the school of Fine Arts?

His writings on Art are gathered in the book Escritos sobre Arte, a complete compilation by Adriana Valdés. Your drawings and comics are in my possession. A file will be made with this material in conjunction with the Universidad Diego Portales, a work that thanks to a Fondart we have already begun to carry out and which will be exposed to the public as of the month of September. 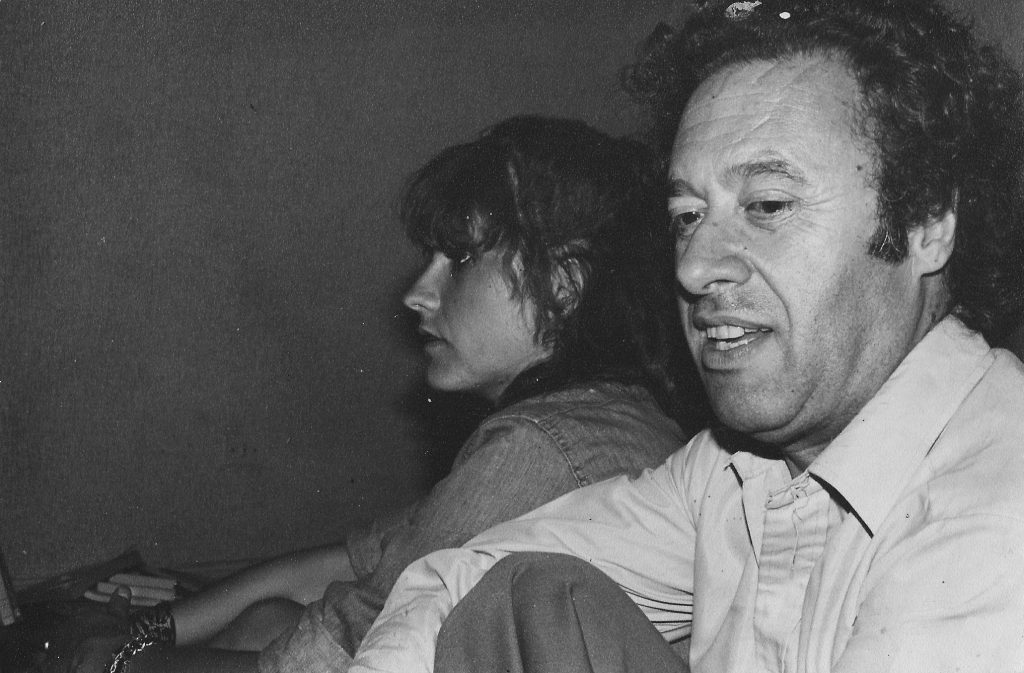 Although Enrique Lihn is one of our fundamental poets, it is no less true that compared to Neruda, Mistral or even Huidobro, his figure is not in the collective unconscious, how do you expect to reverse that unmerited gap?

My dad was always very “under” in his essence. My intention is to respect what he has caused over the years. Between misunderstood and visionary, my dad has made a name among those who deserve it. I do not want to make Enrique Lihn become “famous”, but rather, that he remains valid. We all respect the values ​​of the authors, so that rather than “reversing” a gap that, undeserved or not, is rather a slogan. Enrique Lihn is a tremendous artist and we must know him as he is, he was and will be: unique in his essence, and as such he does not deserve comparison.

Within their postulates they speak of free access to culture, in what way do they expect to achieve the expectations of the Foundation, considering that the state subsidy tends to be increasingly scarce?

That is one of the shortcomings of our country with respect to culture, unlike other more advanced countries, giving preference to frivolities and concepts of doubtful taste. We hope that our effort will serve for the great change with the help of people who are interested in the culture that is sorely lacking, and that promotes state aid.

Are there any unpublished or unknown works by Enrique Lihn that are part of the future projects to be disseminated by the Foundation?

Yes. I have in my possession drawings, travel notebooks, all his photographic archive, about 200 audio cassettes that contain an infinite number of interviews, lectures, classes, etc. and some original books published. In regard to his poetic work, I wanted to be faithful and respectful and not publish unpublished material that if it is not, it is because he decided so. 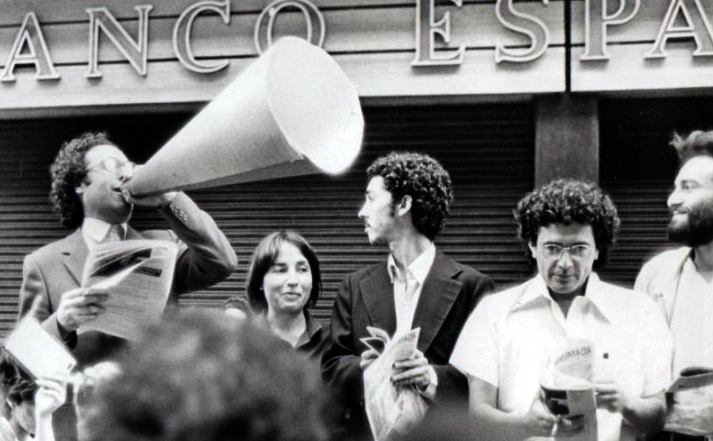 The Foundation has contemplated a complete collection of his work, the reissue of his less disseminated books such as the one made with Diálogo de desaparecidos (editorial Overol-2018), or think of other texts such as, for example, El arte de la palabra, Nada se escurre or those writings Sobre el antiestructuralismo de José Miguel Ibáñez Langlois?

Poesía Reunida has just come out in the Diego Portales editions. The Art of the Word and the Writings on the Antiestruscturalisno of José Miguel Ibáñez Langlois are within the projects of reedition. Nada se Escurre was recently published by the publisher of the University of Valparaíso last year. Batman in Chile, is in the process of being published. Also it is in project with the UDP the reedición of the Circus in Flames, with some extension, that is to be seen, and it would be for this year. His dramatic texts is another great project that we have as a foundation, since as we have proposed to bring young people (I mean middle school and university) to their reading, we believe that through their dramatic texts this project could be viable.

A complete collection of his work will be a project to contemplate for later, where his poetic work, narrative, stories and essays would be included.

In an interview the poet Oscar Hahn mentions that Enrique Lihn told him that his biggest dream was to start a family. From your perspective as a daughter, how do you reconcile the father Enrique Lihn, versus the controversial intellectual?

They are not compatible, and that was our weak point. As a child I did not understand why this father was writing and his life revolved around writing. I could not look at him like an artist, he was my father to me and that evidently brought us some misunderstandings. I wanted a father to sit at the table to eat and with whom I could share what was so domestic, but my dad did not have that time. The urge to write surpassed everything imaginable. Over the years I managed to understand it, but unfortunately we had little time to share. He went too young.

I do not realize what could have influenced that time. As I’ve told in previous interviews, my dad tried to make me not be an actress many times. I think he did not want me to get into this bohemian world, since he knew how unstable and vulnerable he could be. Despite this, I lived observing my dad on stage, very histrionic, laughing loudly or reading with his intellectual friends, always connected with oral expression (and artistic activity in general) where he put us all. I, when I was 20 or 22 years old, acted in his videos and in how much madness he could think of. It was the 80s. I wanted to be an actress. My dad never believed me much, until he saw me working with Ramón (Griffero) and there he encouraged me for the first time. I was already 24 years old. After that I could not go back to coincide with my dad so that we could work together. I went on stage with Griffero and I did not have time for anything else. I went to France to the Conservatory of Dramatic Art, I was with Mnouchkine, with Andrés Pérez, I got to work with the Lecoq team, etc. I left all bounced when they told me that my dad was sick. I went back to Chile to say goodbye to my dad … to act again with my dad was unfinished.