Oscar Agustín Alejandro Schulz Solari, or Xul Solar, his artist name, was born on December 14, 1887, in San Fernando, Buenos Aires. In 1912, his relationship with Europe was enriching because he became familiar with the artistic world. He travelled to Florencia and met Emilio Pettoruti (1892-1971), his dearest friend who influenced his work. Once Xul arrived in Argentina in 1924, his horizons expanded, and not only he was a painter, but he also worked as a writer, translator and notes illustrator, astrologer, mathematician and so on. He became friends with Borges. 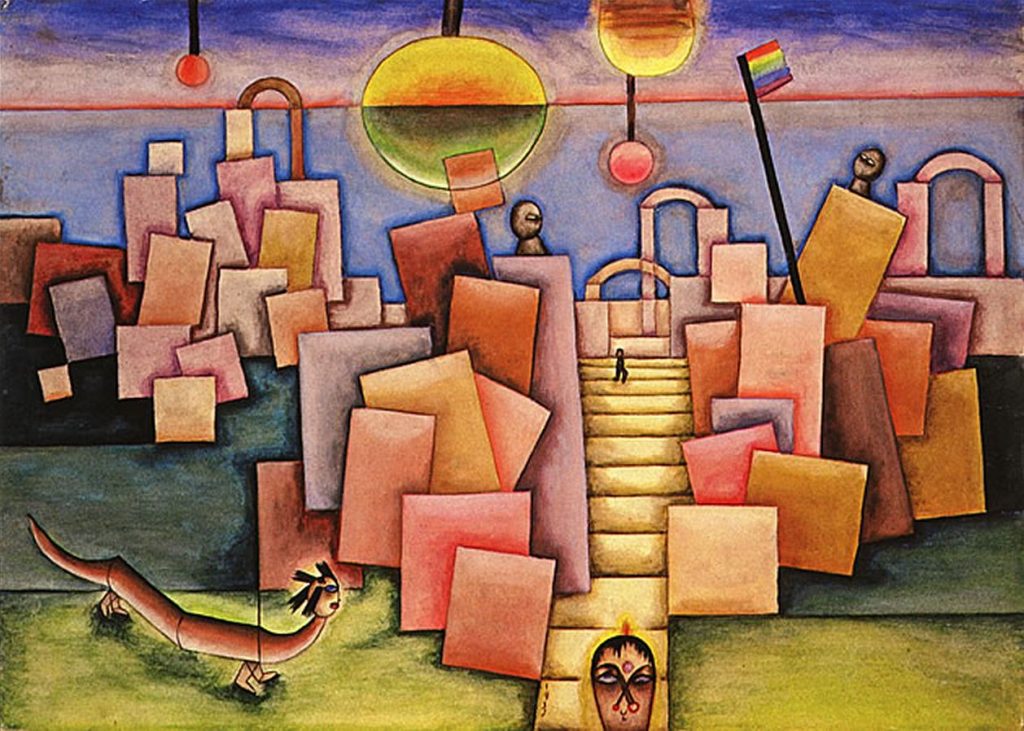 In his paintings, we can see graphite pencil technique on watercolor. The elements seem to be overlapped; however, they are completely visually harmonious. He used a limited palette, in other words, just a few pigments including white, which brought brightness to the painting. In this piece, called San Danza, we can only see yellow, blue, red (primary colors), and black. The artist cut down colors which is known as “reduced palette.” The characters are like scattered moving puppets or dolls which have no support. Xul liked these characters because they were always part of his work; thus, he named them the Theatre of Destiny. They were constantly moving, using their bidimensional, abstract geometric forms which borders are closed. He draws light and shadow, but the painting is classified from planimetrics’ perspective. In Xul’s pieces of art, flags are abundant, they are always part of it. They are peace symbols, not speakers painted with nationalism. They are symbols for creating happiness and understanding among humankind around the world. We can call his work esoteric symbology because it’s a way of expressing his noticeable spirituality, which helped him live happily. His life was mysterious to even try to understand it fully.

You may also like… Diego Rivera…more than visual art 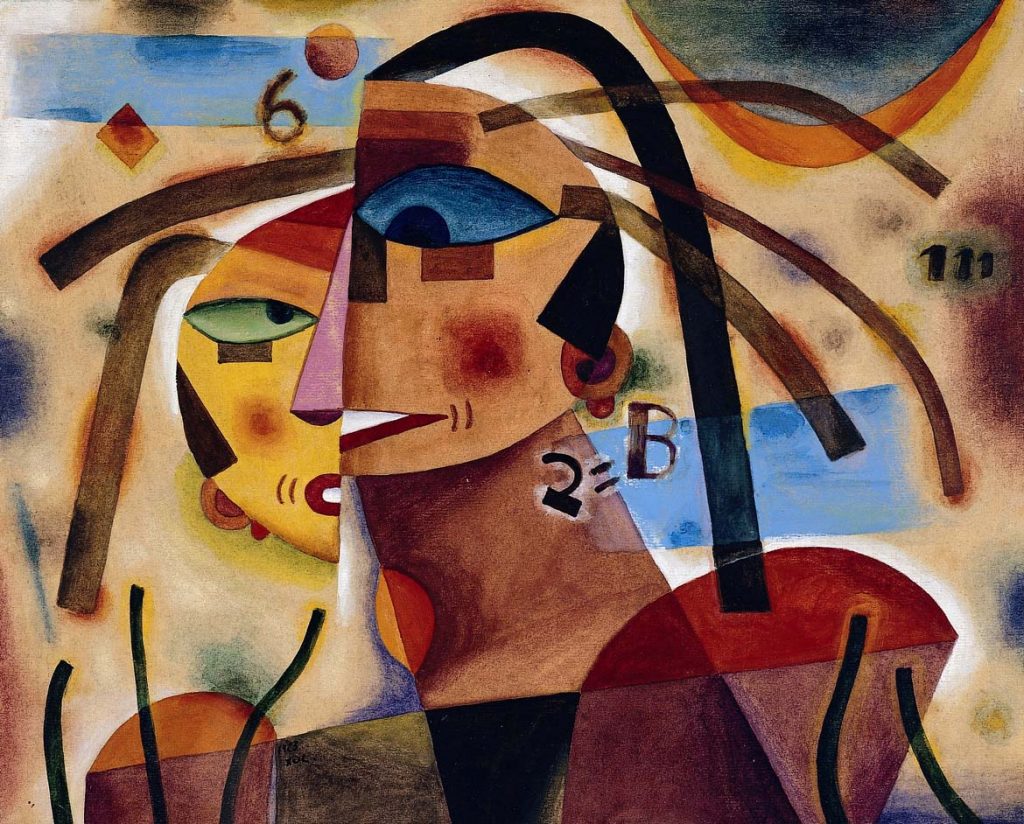 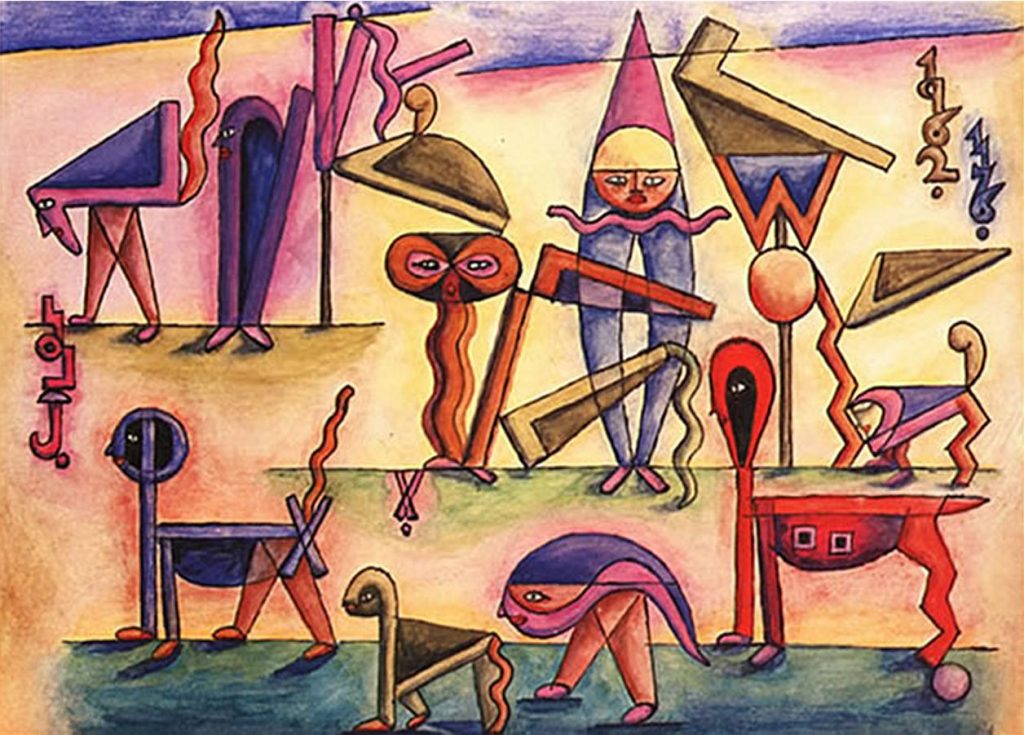 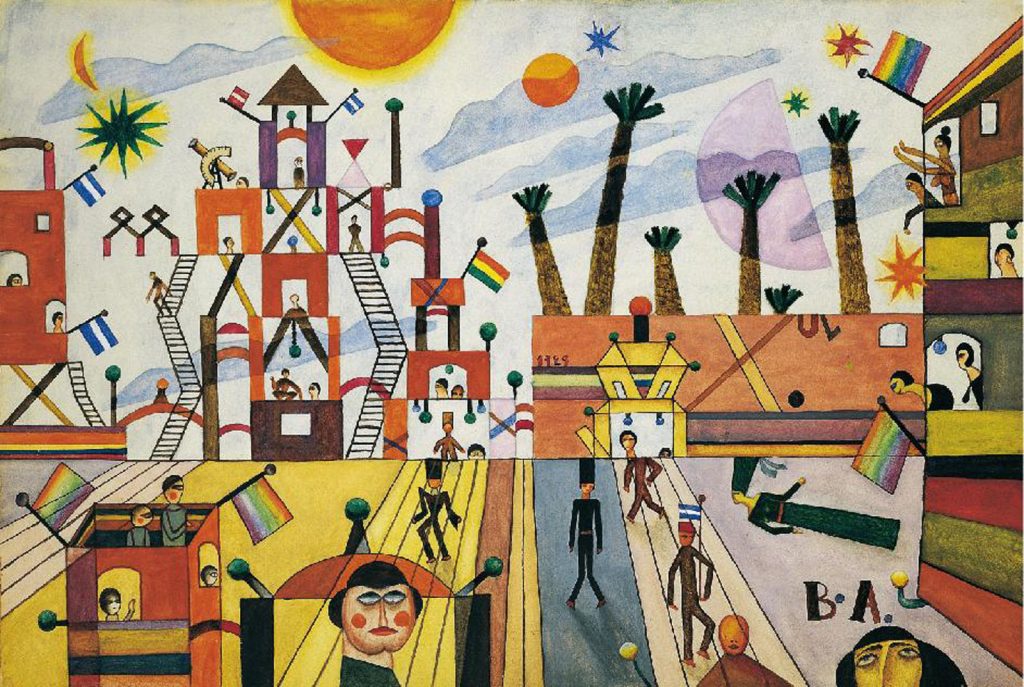