Pablo Zuñiga, director of the Art Museum of the Americas of the Organization of American States, tells us about the institution’s mission, its motivations and future projects. Find out the value of AMA for the Latin American Art scene. 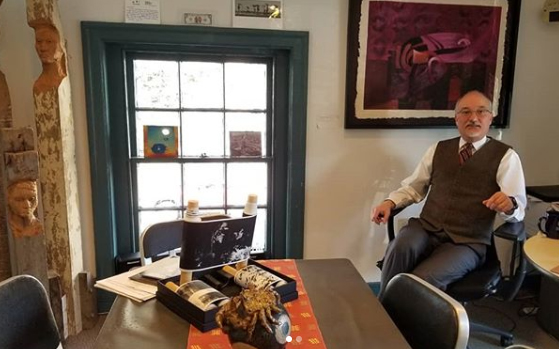 AMA is the first museum of modern and contemporary art of artists in Latin America and the Caribbean. For Pablo, the essential thing is to know that the artists of Latin America had their first door to the United States through the Pan American union, the OAS. Along with this, the work done by Cuban artist José Gómez Sicre, the first Cuban art show at MoMA, was to open the door to Latin America and the canon of Latin American art was established through that meeting of artists. While the ambassadors were meeting in the permanent council, the artists were meeting in the art gallery, and that’s where that message begins that is lost today, but seeks to rescue for the new generation: “Old people have slight memories of this, but our generation doesn’t know it and it’s something of great value,” explains Zuñiga and continues: “The museum began as a visual arts program in 1920. The countries brought, in the case of South America, the ambassadors of Chile and Haiti, engravings to exhibit in the main building. But it was not until José Gómez Sicre began his work as a gallery owner in the 1940s, and when he had already managed to have a collection of more than 300 pieces, that the permanent council of the OAS, in 1976, decreed the creation of the museum of modern Latin American art. A few years later, it became the Art Museum of the Americas, with an inter-American vision: the integration of Latin America in the hemisphere along with Canada, the U.S. and the countries of the Caribbean system”.

How many pieces is the collection made up of? Is there a permanent one?

Yes, the current collection, which began Sicre, has over 2,000 pieces and the program is the same as it has been since its inception: Temporary exhibitions. What we do today is focus on that jewel of the permanent exhibition, so on the second floor of the museum you will always find a work from the permanent collection. We have a Matta that hasn’t been seen in many years, along with a Fernando de Szyszlo, painted in 1959, and an Armando Morales from the 1992 Guerrillero Muerto series, which is emblematic of what is happening in Nicaragua today. 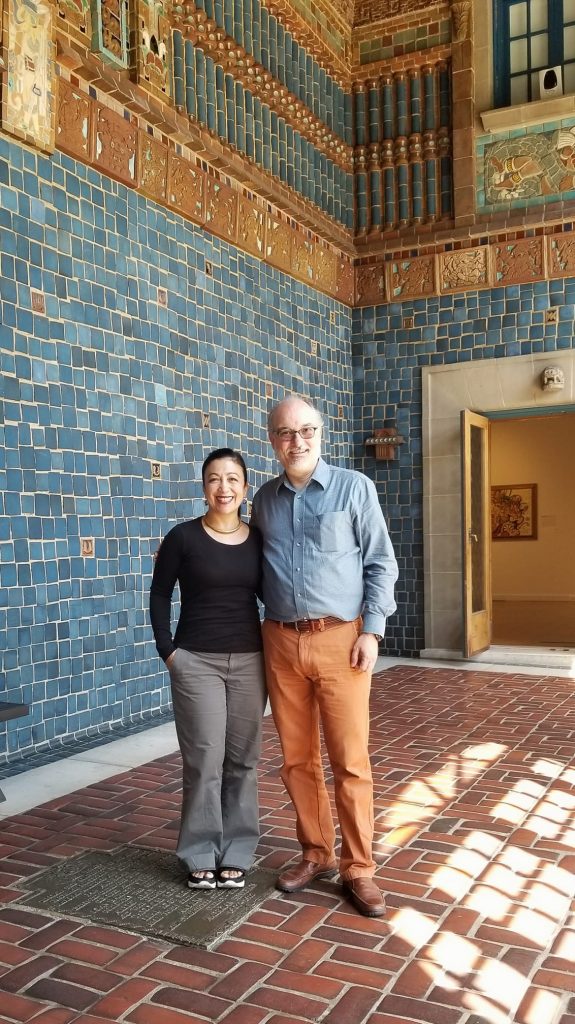 On the first floor we have temporary exhibitions, three or four a year. Currently we have Scherezade and Iliana Emilia García. Scherezade is well known in the east of the country and Iliana is not known, so Dr. Olga Herrera and Adriana Espina, our curators, have put the two sisters in dialogue about their memories of home through their sculptures and paintings. The exhibition is a marvel.

In March comes the Wendy Nanan exhibition, the first exhibition by a woman from Trinidad and Tobago to be held at the museum. What we are seeing for 2021 is an exhibition with the foundation of Carlos Cruz-Diez, to exhibit, not only the works of the master, but also of his workshop, of the artists in Panama. It’s going to be something really spectacular.

How is the committee that selects these temporal exhibitions made up?

Artists can apply through the website. The selection committee is composed of a group of experts outside the OAS, outside the museum, including, for example, Carmen Ramos. The idea is that the committee will be a filter for what could be a political organization, to impose some kind of exhibition. When there are impositions, there is always another space because the main building is still used as a gallery, so countries can bring exhibitions without being selected by the museum for that space.

Is there another space beside the main building?

Yes it is, the main building of the OAS is the emblematic one, one of the classics built in 1910 by a young French architect who designed a space for ambassadors to feel comfortable while fighting (he laughs). It’s a beautiful building, in fact, if you see the museum on the website it’s also a classic building, smaller, because it was the residence of the director general of the Pan American union. The museum is part of the cazona and in the main building is also exposed. In the general secretary’s building we have f street gallery, where Fabian Gonzalez cures the photography exhibitions. He identifies, through his trips to photography shows, photographers and then cures emblematic exhibitions based on the 4 pillars of the OAS: Democracy, human rights, development and security. He identifies photographers who have things in common, for example, the current exhibition of Vicente Gonzalez Mimica, from Punta Arenas, Chile, is one of them.

How did you end up having a photograph gallery?

P: This is an important initiative by Fabián, but photography has always been part of the exhibitions, like when Bélgica Rodríguez, one of the museum’s pioneers along with Lydia Bendersky, held a very important exhibition in 1990, a summary of photography. That was when photography entered the permanent collection, where Fabián, during the last years, has coordinated that work. What we are doing with photography is like what José Gómez Sicre did at the beginning, because at the beginning it was not a museum, it was a sales gallery. 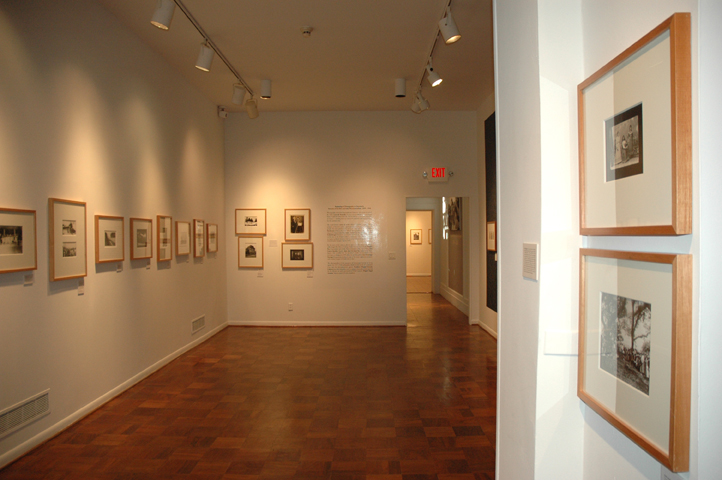 What are you into now? What are the topics you are interested the most?

For us, right now, it’s about creating community. The permanent collection, a jewel of 2,000 pieces, without community does not exist. It’s stored in a warehouse that maybe three people see it a week, so what we have to do is create a community that benefits from the work, that’s what we’re doing, we’re using the collection as an identity for a new generation of Americans in the hemisphere, with roots in different countries, so they can cite the beginning of their country’s art in our permanent collection.

I mentioned Armando Morales of Nicaragua… How many Nicaraguans in the United States suffer from discrimination. For me it is important that they feel proud of the root of modern art, which normally does not stand out. The artists and the community of Central America should feel proud of the art that we have, that they have and don’t know it.

We want to create different sectors: the beneficiaries and then those who can benefit, that is, when you already have a community that feels part of the museum is when things are easier to raise funds, because at the end of the day the museum is a very small department of the Organization of American States, which has few resources to be able to do everything. We are in that job, it is an ant’s job, it requires that one dedicates time with love and passion for others to do the same. Today, with Secretary General Luis Almagro, who has focused on the person with his motto: “more rights for more people,” a relationship is established with an international organization that helps the person, although it is a government organization, at the end of the day, the government is there to serve the people and the people, so Armando’s motto has motivated us, me, to dedicate time because I feel that the work we are going to do is for the people. 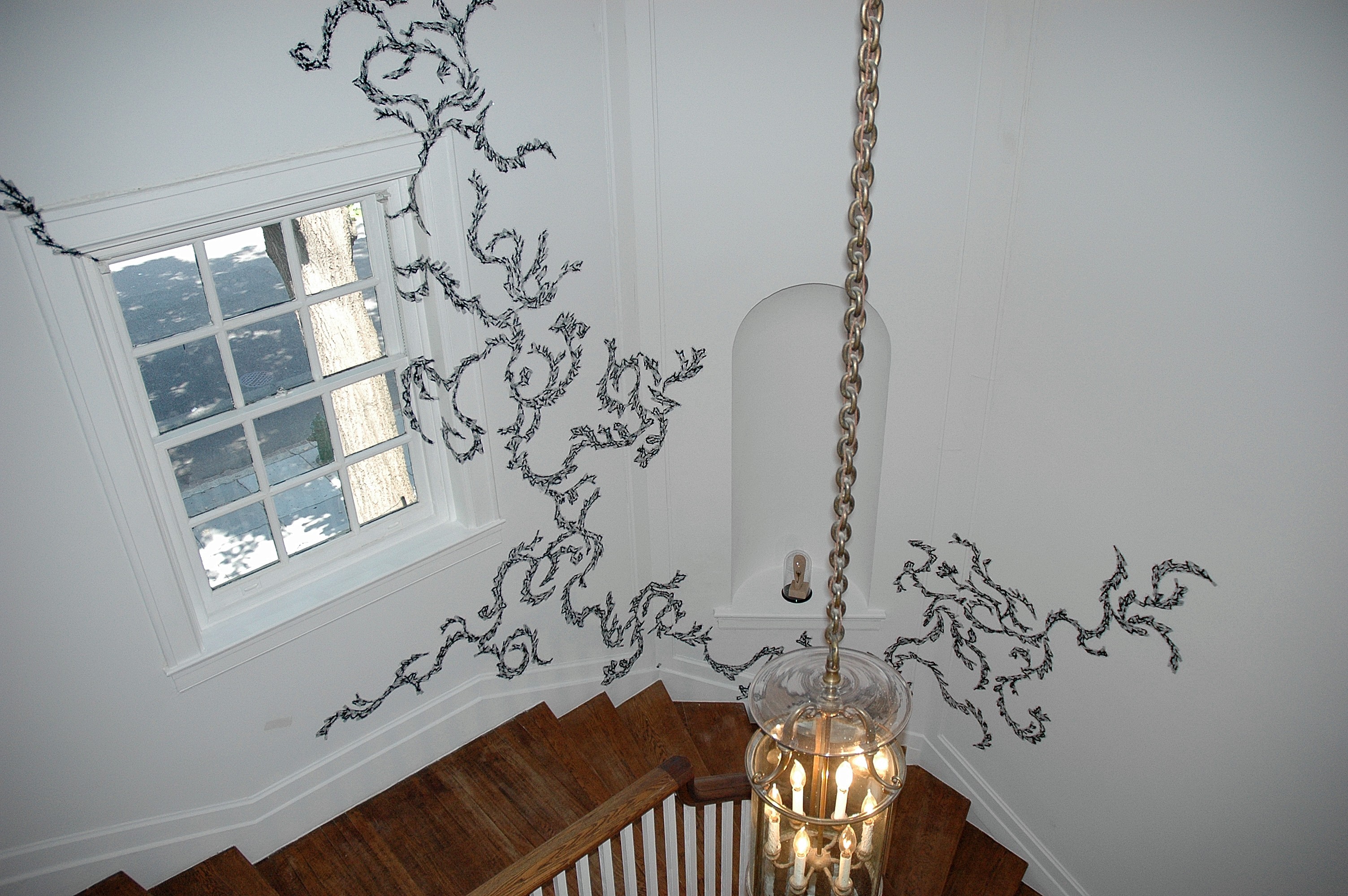 How do you sort out the research issue?

That’s very important, one of the most important riches I haven’t mentioned. We have archives from the 1930s and many researchers come to the museum just to study them. That has facilitated meetings with local universities that are taking advantage of the catalogue. One of the things we have done is to make the first catalogue since the last one made by Marta Traba Taín 30 years ago. The catalogue is a research tool and the experts who have had a relationship with the museum studied the archives and each one held a debate to select the 100 most emblematic pieces. Among them they divided the work of making the description of the work and the artist, in English and Spanish so that there could be more research.

It’s a long way off, but we’re encouraging universities and programs to do so. From the University of Maryland, PhD Abigail McEwen has already brought in several times the students, who have curated exhibitions. With the Cruz-Diez exhibitions we have asked them to come and do the labels and texts for the exhibition.