“The city gets away from us, it comes another city:

We are still looking for its measure,

and knowing what is left to pass through it and get away with it.”

The city is that mixture of elements that us rusen lika a pop-up to our sorroundings deploying all its width, high and thickness. Taking our lives changing our inner cardinality to the point in which the existential layout settles inside that arbitrary delineated territoriality and implicit for each one whose gives shape to the term “urbus”, which in this case is presented in Urbanitas, a selection of pieces of the CCU collection, developed a sa result of a collaborative extention program that at decentralizing the artistic production, opens the possibility of finding at Cecrea-Castro (Chiloé), with a new crowd who, overcoming the geographic limit, recognize convergence points that make this sample, not only the gathering of 16 artists’ pieces, but 16 stories to discover, and above all to encourage a place of exchange and roaming, that as its curator Alberto Madrid Letelier specifies: “the exhibition is ment to be an instance of problematization about how the city is looked at and read”.

In this dimension, Urbanitas must be understood as an abstract or a sketch, where the perception of an “entity” (the city) prevails, in whose dynamics we do not have much interference, but on the contrary, we are a sub-product, and we must distinguish the codes with which it tends to atomize and disintegrate its inhabitants, which brings as a response an operation of appropriation by the person who assumes the role of the witness of this process, as can be seen in Una milla de cruces sobre el pavimento, La Moneda (1982) and Casa Blanca (1985) by Lotty Rosenfeld, a continuous project of symbolic intervention, with which it challenges power and subverts what has been established by means of minimal gestures or traces that acquire resonance again. Something similar happens with what is exposed by Enrique Zamudio in Penitenciaria de Santiago (1987), who makes a dual wink between that other city, the prison city that deprives you of freedom.

In this cohabitation also, Andrés Durán stands out by recomposing the urban logic with a proposal that fictitious the statuary identity of the city by means of the fractioning of its commemorative monuments, proposing a re-reading of our heroes, made invisible by the daily life. Something that in a certain way happens with the Tower of the series Paisajes de reserva (2010) by Cristian Salineros who symbolizes through a high tension tower, the almost inadvertent population of this type of artifacts in the urban landscape, which in turn is also an example of mutual pauperization..

Although if it is a question of symbolic language in Fragmento para zona norte (2009) Isidora Correa surprises us by using fragments of wood from furniture collected at fairs to make an assembly with which he configures the plane of Santiago, giving it a new meaning, since it surreptitiously touches the phenomenon of immigration, showing its origin, but as a territory yet unexplored, and that expands silently. A panorama that certainly acquires another dimension in Claudio Correa‘s Armored Itinerant Trade (2011), which resorts to laser cutting on acrylic to create an abstract image that plays with deterritorialization, preventing the possibility of an objective vision of reality. A singular perspective that fits in with Dripping (2006) by Carlos Montes de Oca, which, as its name indicates, articulates a process in which he rescues words in the form of a “drip”, with which he poetically cleans and/or washes this landscape saturated with unreal – realities. 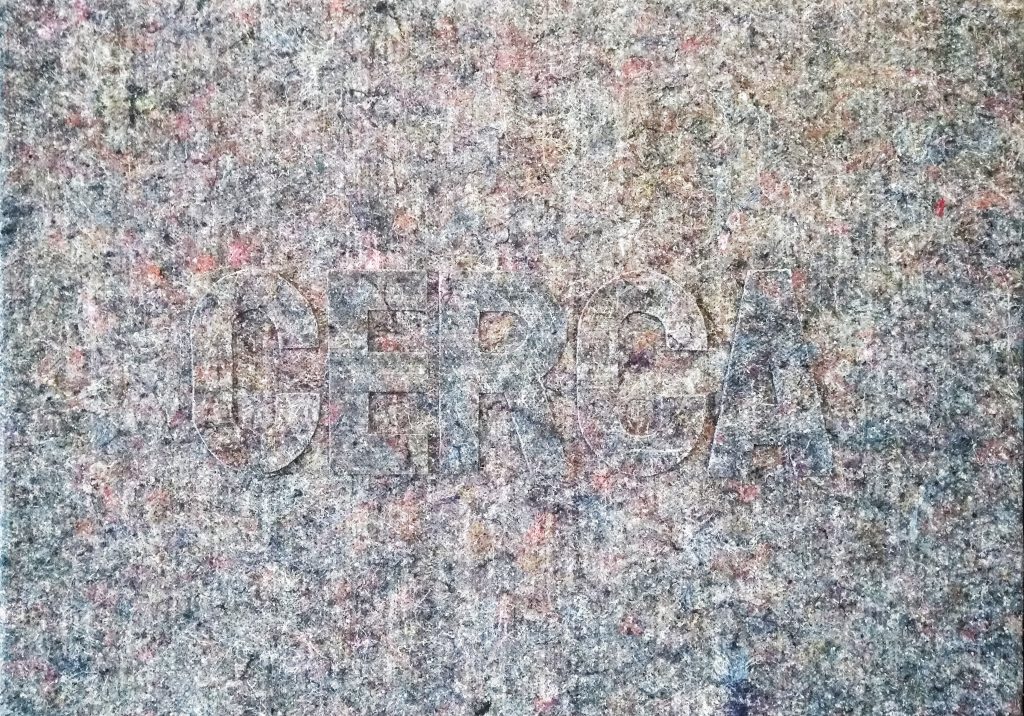 The truth is that the route exhibited in Urbanitas is so diverse that it is not easy to stop. However, I find Sachiyo Nishimara‘s work in Landscape-Fiction 7 (2008) remarkable, since it captures images on the edge of abstraction, and then mathematically structures them to give shape to a grid that amplifies the possibilities of “mutability” of the urban fabric. An aesthetic development that certainly connects with Serrano 395 (2013) by Juan Martinez, who concentrates his gaze on the buildings constructed between 1930 and 1960, which he recreates through a geometric synthesis that highlights the loss of ornamentation as a consequence of the ideals of modernity of a certain period.

In conclusion, I can say that the main transformation does not only fall on the city itself, but on those who, in this case, travel through it or re-read it from the perspective of time and distance, recognizing in this artistic revision and re-reading of the urban alphabet, a contribution in which the intervention of public space, being fundamental, either directly or as an extension of an imaginary that is expressed from the malleability of the support and its materiality or the iconography recomposed, altered or resignified, as Walter Benjamin pointed out in his opportunity – “The city is a transforming and transformed space, built and destroyed; it is an open book for anyone who wants to walk through its pages.” 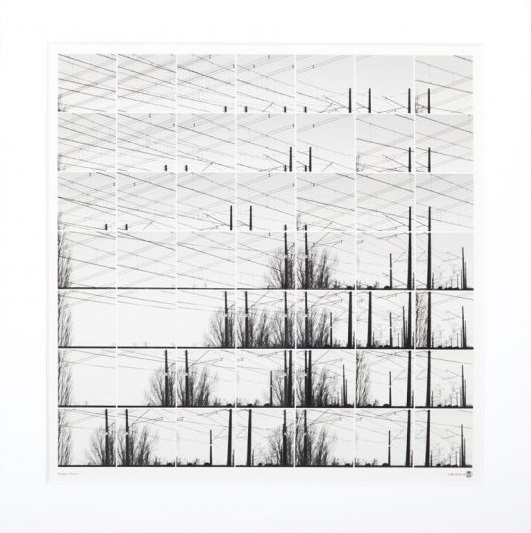