Despite the crowd on that sweltering Sunday morning at Palacio de Velázquez, maybe due to the same, I wandered around the pieces recalling some verses by Gonçalo M. Tavares that I just had read before entering:

I came from great tragedies, I am still a consumer though.
Life does not stop, thought Bloom,
we are still alive
while we can buy. The concept of existence
has brutally changed in the last century:
the heart beats and the brain moves, but that
is not enough to assert the existence of a man. Not to consume it is a minute
cardiac arrest barely perceptible.

The rejection of the consumerist delirium of the present seems to be one of the cornerstones of the piece by Mario Merz (Milan, 1925-2003), to whom, with a well-deserved retrospective, the Reina Sofia Museum does justice for the first time since the works of the highest representatives of arte povera populated the palaces of the Retiro in 1985. An essential figure for the understanding of the aesthetic and cultural phenomena of the second half of the 20th century, the Italian artist returns to the halls of that time demonstrating the need for his debates and the radical nature with which his work combines poetic language and political criticism. 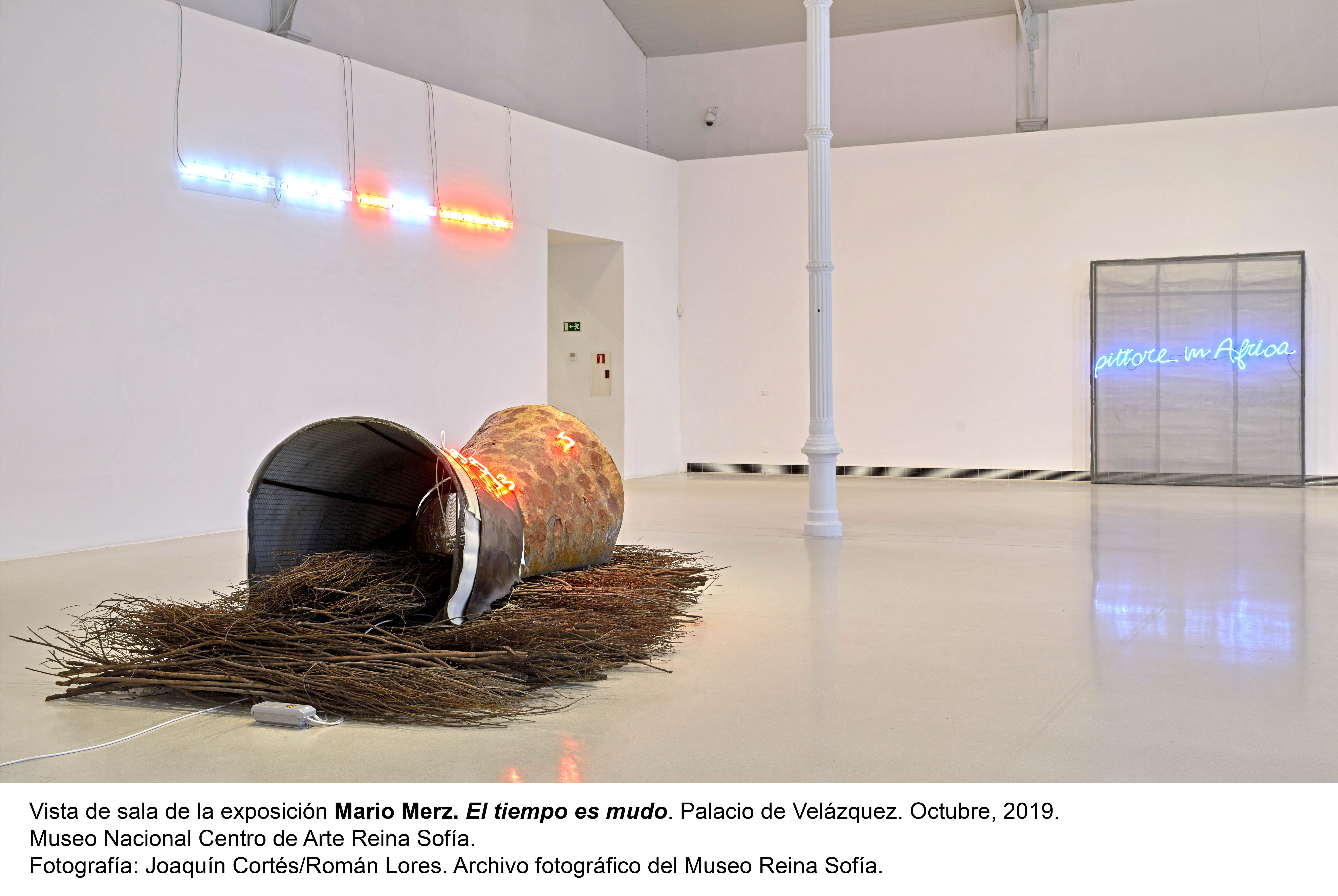 Merz’s work constantly recovers pre-industrial imaginaries, seeks the
possibility of an outside world freed from productivist fictions and singing to nature after
assume the barbarity of modernity. The milestones of its production, such as the igloo or
huts, vibrate in the rooms of the nineteenth-century palace like iconographic traces of
a dying time; nomadic spaces that perspire a gentle relief from the
metropolitan destruction of any semblance of habitability. “The city is a
organized unhappiness,” Tavares would say.

El tiempo es mudo (Time is mute in Spanish) is the title of the exhibition that advocates, satisfying the premise of Merz himself, for suppressing modern forms of temporal organization and their translation to the exhibition space -the artist rejected any chronological division of his production-, working, in turn, in the name of a time that seems mythical, emancipated from historically normalized servitudes and linear coordinates that only respond to the needs of the economic empire. A time that not because of its mutism lacks eloquence. Once again, Tavares warns us:

(Time has always been a space,
but of incredible dimensions.
So mighty that no human can
be the owner.
The lock could exist for moments, but you will never have the key.) 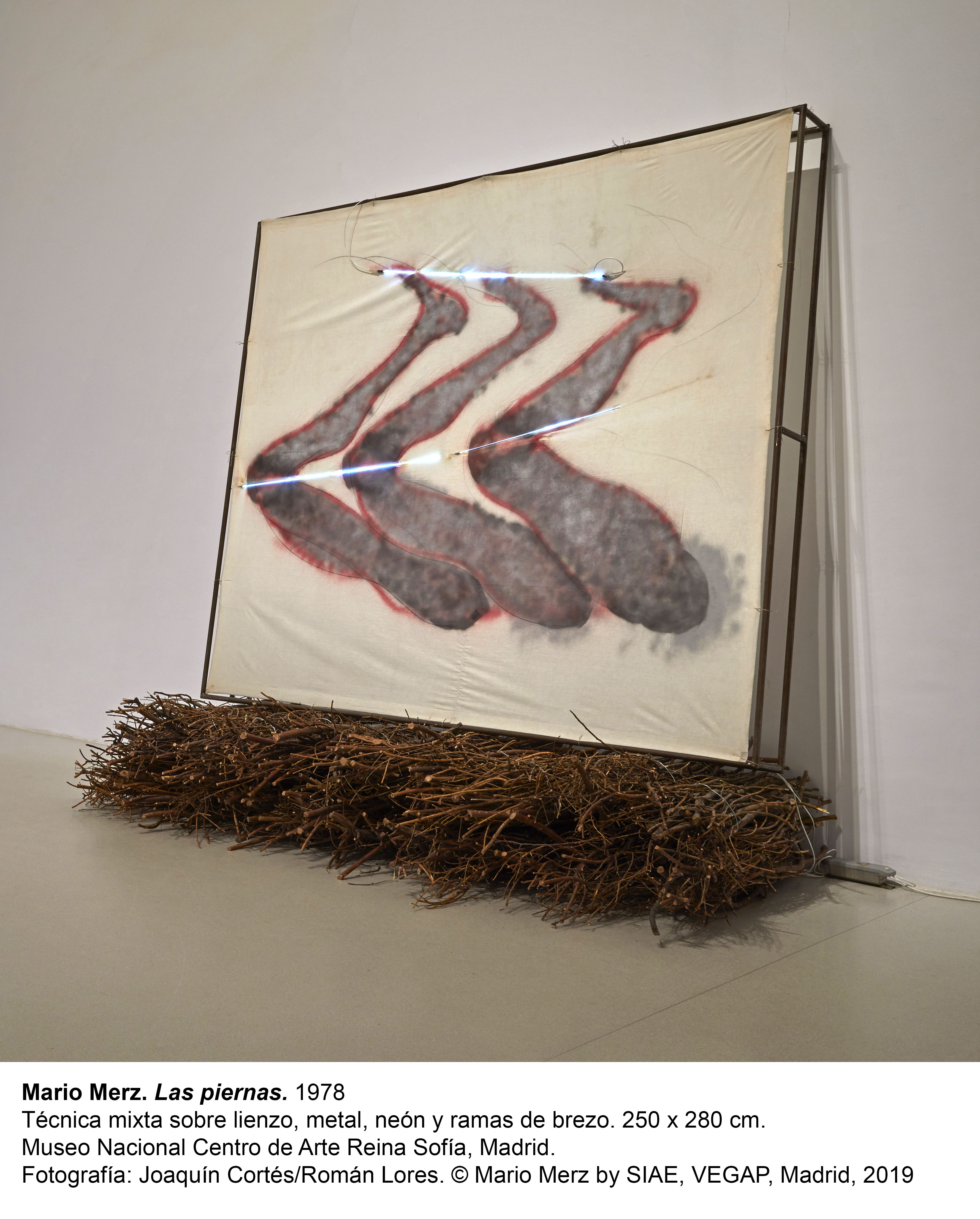 In his pieces, organic materials, such as wood or clay, dialogue with neon lights, thus incorporating the elements of the industrial imagination into the dignifying alchemy so characteristic of povera. The poetic efficacy of his symbiosis has often overshadowed his political idiosyncrasies, confusions that have perhaps prevented Merz’s work from occupying the position it deserves on the artistic scene of the second half of the 20th century. However, their concerns were crossed by the cultural upheaval brought about by May ’68, the Vietnam War or the social movements of the late 1960s, earthquakes that channelled social hope into the The first time that they led to the rearrangement of the most predatory logics of neoliberalism.
Tavares, who else?:

Because capitalism knows that a commodity
without one of the legs is worth less:
that’s why it doesn’t pull off either legs or ears,
no whole heads to be jagged.

Merz’s relevance could lie in the symbolic and critical evocation of the primeval relations with nature, a difficult task if we consider that we are swinging between a modernity that has justified the most corrosive fictions with the hammer of the natural and has poisoned the environment in the name of the spoiled reasoning. That’s enough, Gonçalo:

Nature has never entered
in trifles. The First World War came,
came the Second, and nothing:
no significant intervention.

However, Mario Merz puts his finger on an even more open and painful sore of today’s art. The becoming of his objects, their aesthetic glorification, was a recurring phenomenon in the art of the second half of the century, when the limits that distanced the artistic objects from those of the merchandise began to blur. At a time when, as Iván de la Nuez points out, we do not seem doubt that “art does not dwell in the castle of purity, nor is it innocent in the face of the process of expansion taking place in the global economy”, Merz’s works stand out as the echo of a classic vestige. Yes, Gonçalo, you notice with lucidity that “the goods intellectuals do not cease to be commodities”, but Merz’s spell educates in innocence of an art that did not yet commodify everything and a commodity that left something unartisfied.

Nostalgia aside, that morning the epitaph of Merz’s premise was consummated. Every step or glance of those of us who visited the rooms seemed to corroborate that even the most radical criticism of consumption becomes consumable material. We were walking between the installations as living metaphors for the denunciation that was being exposed there. Being surrounded, in the final stage of Merz’s work involved abandoning oneself to the objects of an unknown time, as close as mysterious, as stealthy as seductive; as precise as Tavares and as mandatory like Merz. Both seemed to shout it out, always in silence: “The world is disgusting and a masterpiece.” 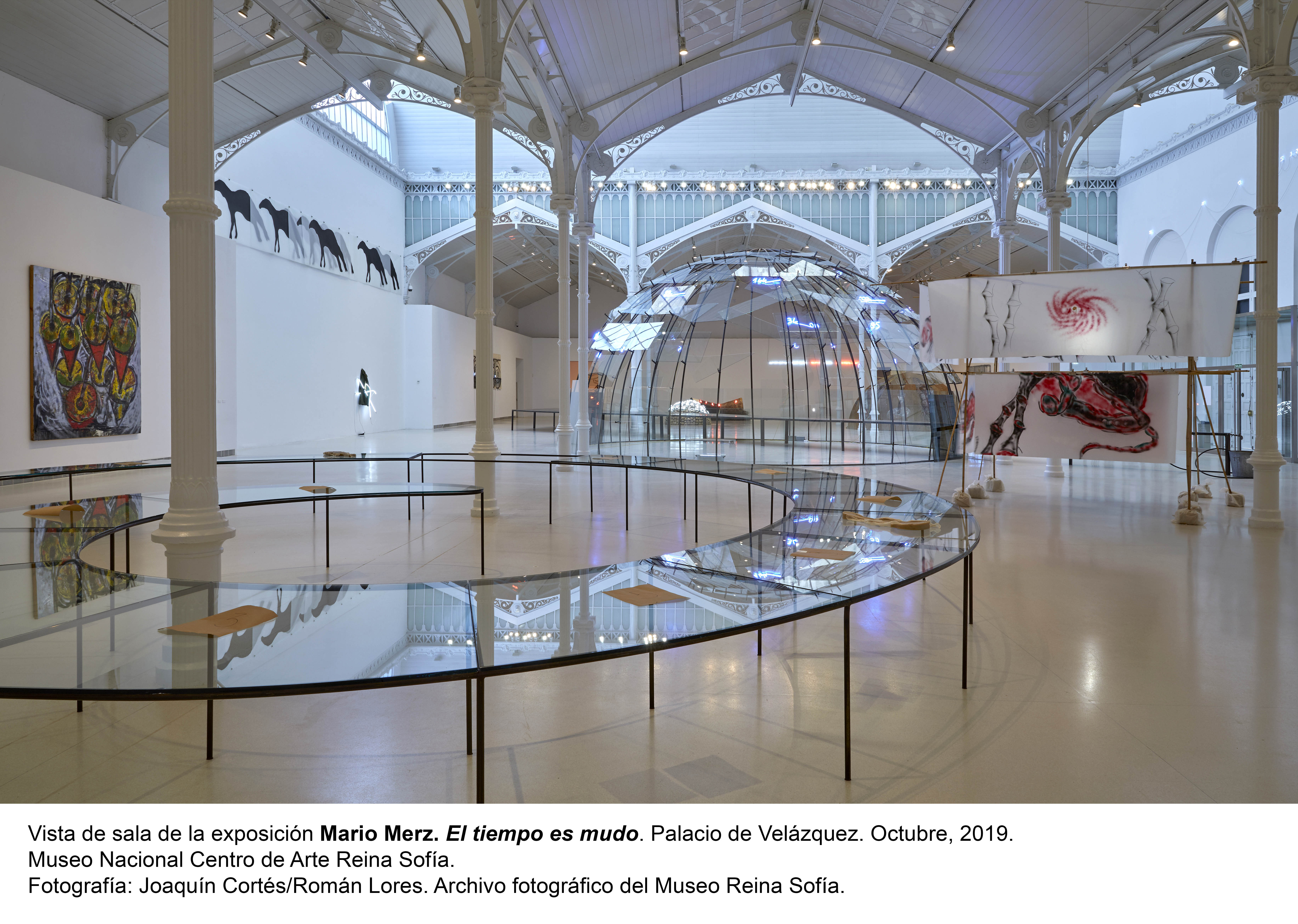