The Venezuelan opera Los Martirios de Colón (The Colombus’ martyrdoms) was premiered on February the 1st at the Lo Prado Cultural Center, it was steps away from the subway and with free entry so many people attend most of them from Venezuela. Written by Aquiles Nazoa, a Venezuelan poet and comedian as well, and composed by Federico Ruiz between 1982 and 1993. The comic opera was adapted to a pocket edition by Victhoria Pérez and was 105 minutes lenght, in which the audience witnessed three scenes that adressed the main situations, before and during the navigator’s travel; from the need to ask for money untile the despairing of no finding solid ground in at sea. The soloists were Blas Hernández as Christopher Colombus, Adriana Muñoz as Queen Isabella and Sherezade Perdomo as the narrator. 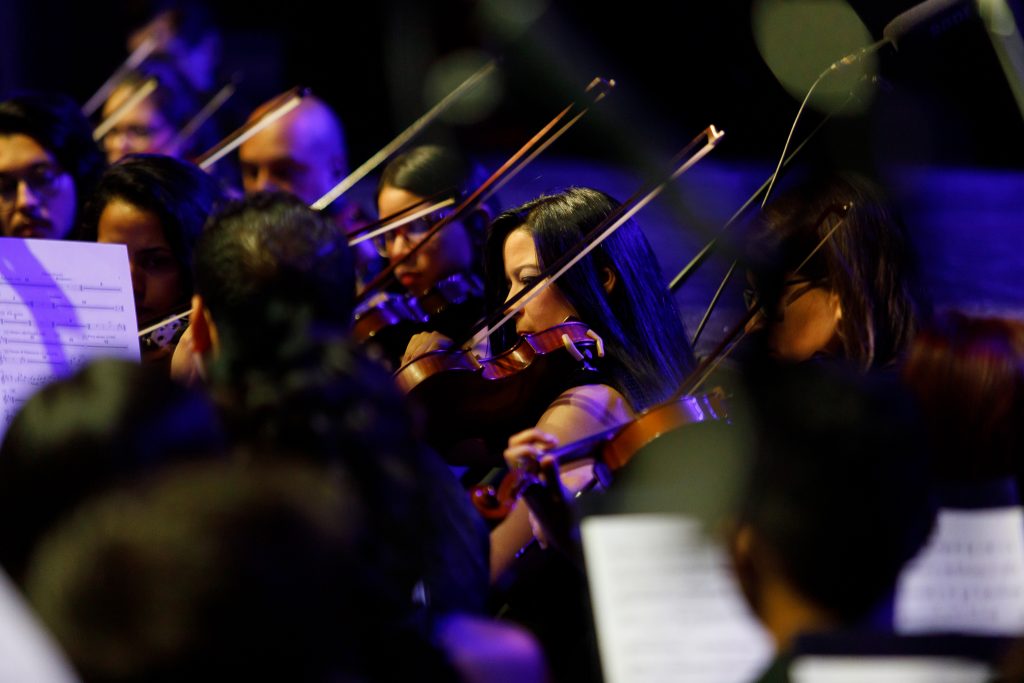 The musical direction was in charge of Eloy Rojas, who guided the orchestra composed mostly by young people, originated in the Fundación Música para la Integración, a project of social, intercultural and educational development that since 2017 rescues migrant talent. Together with the stage director, Giovanna Sportelli, they achieved a striking work accompanied by Latin American sounds, obtaining in more than one opportunity the laughter and applause of the audience. 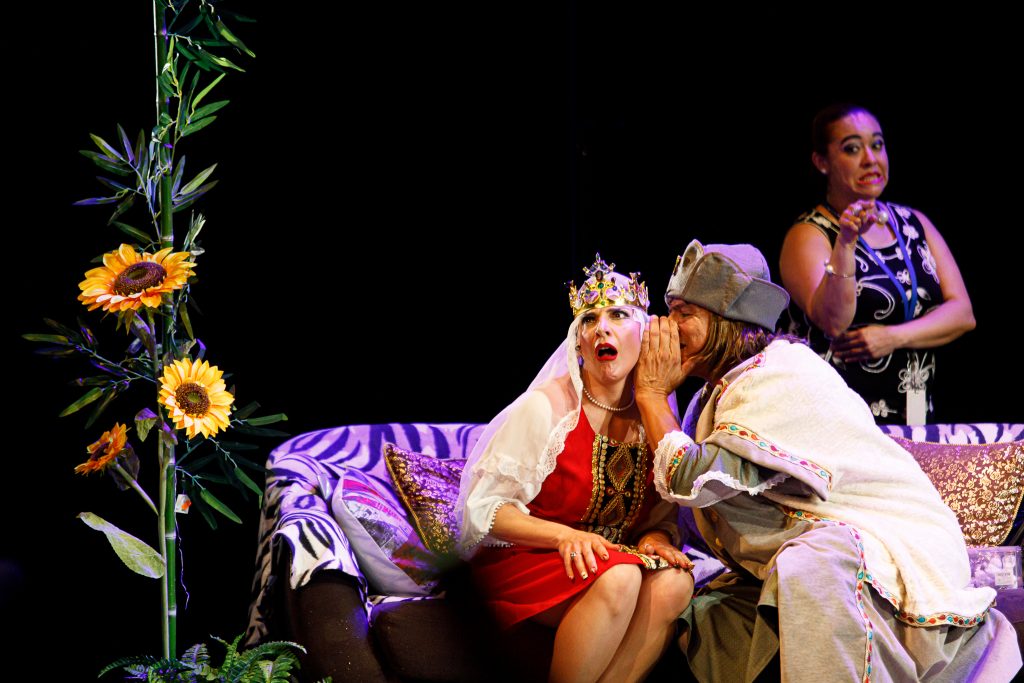 It is a decolonising appropriation of learned music, a hybridisation that is attentive to Latin artists, which reaches a great level.

This opera presents the story of Columbus from a humorous perspective, beginning in Queen Isabella’s castle, where Columbus enthusiastically comes to ask for money. Rejected again and again, as well as mocked by the queen’s workers – who were wearing modern formal clothes – he had to exert cunning pressure to achieve his goal. Once the money was in hand, the second scene presents the farewell of the Caravel in Puerto de Palos. The characters exchange their office shirts for striped sailor shirts and with great emotion set out on their journey. The last scene seems to be the most challenging martyrdom for Columbus, who is about to be thrown overboard by his own crew, exhausted, hungry and desperate not to find land yet. He is pointed at with his swords and almost forced to jump, until a coastal image is projected onto the backdrop of the stage. The dark colours of the illumination, such as navy blue, become lighter again, more welcoming, and the promised territory is found – or so they thought. 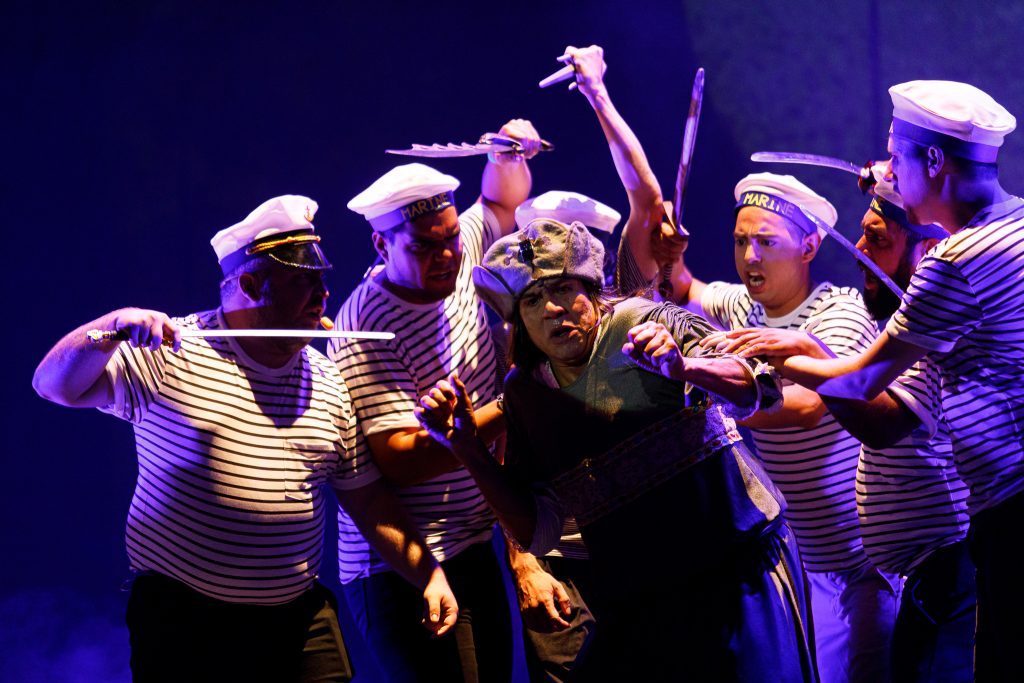 At one point in the play two ballet dancers appear, Victoria Gonzalez as the Hen and Eduardo Diaz as the Rooster. Both dance for a short period of time, just long enough to enchant the audience with their delicate steps and elevations. 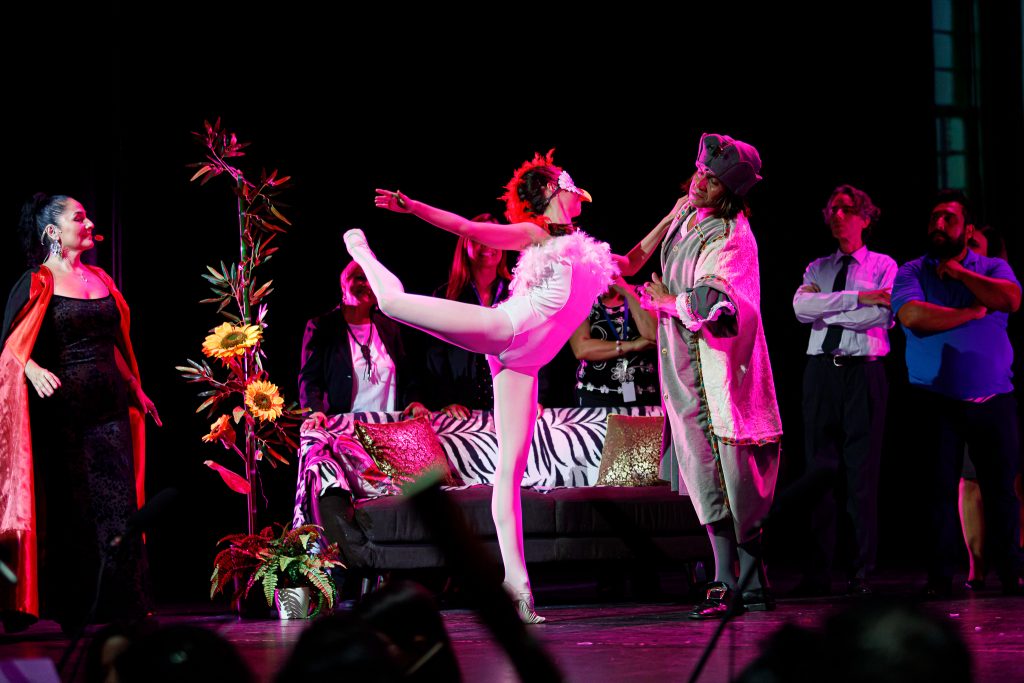 The booklet of the work, colloquial, contains several Venezuelan terms that had to be “translated” by the use of parentheses on the screen, which was not an impediment to the laughter coming from the Chilean public or from another nationality. Although the costumes were simple, they managed to convey the right personification through them, as was the case with the bone colored fabrics on Christopher Columbus or the red dress of Queen Isabella, intervened by a white and gold strip in the middle. The scenery was easy to interpret because the use of projected images literally made the idea of mixing history with the present, like the use of an office photograph while the discussion was inside the queen’s castle. An opera for the whole family that through its pocket version invites the little ones to be part of the experience.

The influence on the learned music of the European continent is undeniable; moreover, the entire academy is the heritage of the colony, and even today the most advanced musicians from the schools of our continent go to Europe to complete their musical training to become recognized composers or conductors. The passage through the old continent is a professional validation. Then comes the point where a composer cannot always look at his influences and must begin to create. This is where Latin rhythms are introduced into the creations, as Federico Ruiz does well when mixing styles from the Caribbean nation to make the audience dance. Although most of the script that Nazoa devised takes place in Spain and on the high seas, the story looks at our Latin America all the time, the tension of the plot focuses on the torments and complexities that Columbus must have suffered before the cry of “land at sight”. It is a decolonizing appropriation of learned music, a hybridization that is true of Latin artists, which reaches a great level. 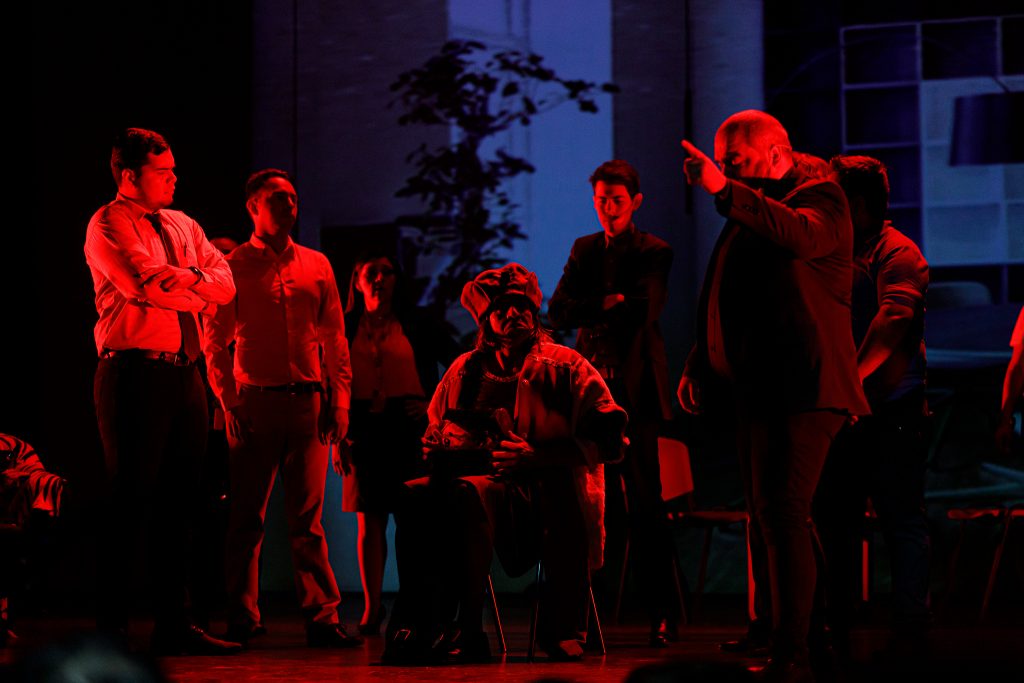 Another point to keep in mind regarding The Martyrs of Columbus is immigration. On the one hand, the support of the UNHCR, the United Nations Agency for Refugees, gives an account of the situation of Venezuelans and other foreigners in our country, where the conditions for immigrants have had to be continually reviewed and improved in recent years to give a better reception to the wave of migration within the continent. It is an organization that advocates for refugees not to have to go through martyrdom in their changes of countries. On the other hand, the Spanish colonists were also migrants, although in different conditions because they came as conquerors. Their undertaking in other lands was marked by blood and fire, not like the refugees that the UNHCR watches over.

In closing, it is worth reflecting on the comical tone with which royalty are presented: “the king doesn’t have a job” says the queen to excuse her refusal to finance the advance travel. Laughs. Everything would be better if the king had something to do. Laughs. In a continent of nations that said no to the monarchy, it is a decolonizing act to mock the system of government that protects luxury and lineage. This comical aspect of the opera makes Los Martirios de Colón a classic in Venezuela that has been performed every October since the play was first performed. It is Columbus’ fault that this continent began to suffer martyrdom, the legends of the black colony, slavery to quench the crown’s thirst for gold. And today, when the cry for independence has already triumphed, it is valid to laugh at the tortures that gave rise to the discovery of this magnificent new world. 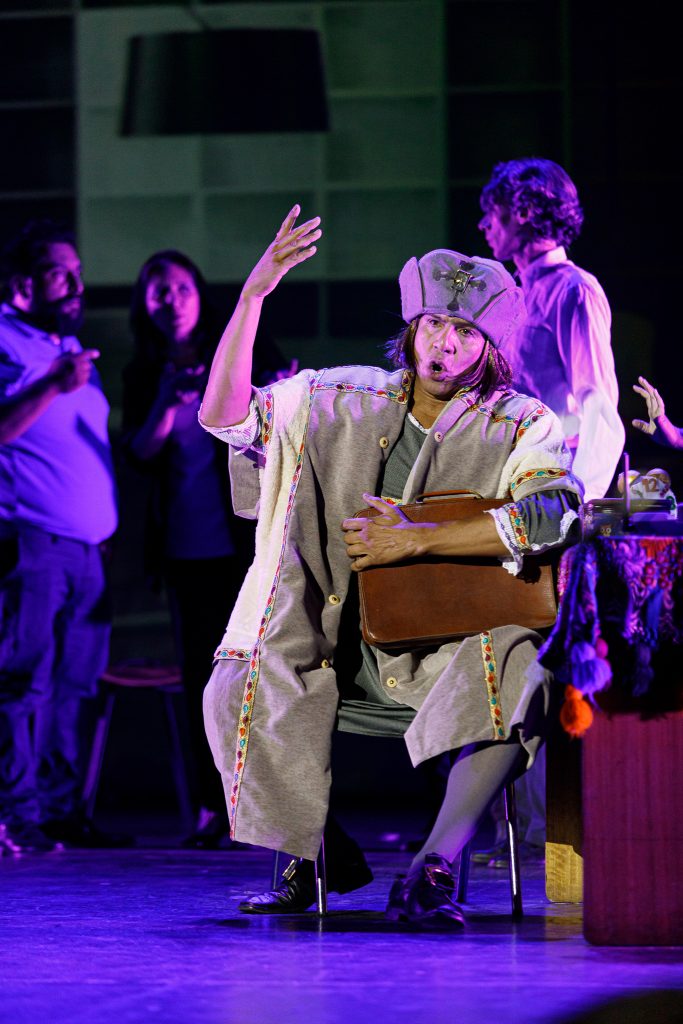