In the plaquette of Tito Manfred (Arica, 1983), Imágenes de la inmutabilidad y la destrucción (Pictures of immutability and destruction in Spanish), published in 2019 by Cuadro de Tiza Ediciones, the wild nature scenes (for the most part) facing situations and human relationships confront each other, reaching disfigurement of the idea of the last one involve feelings and thoughts that seem not to be held in animals, since during the reading the relationship is clirified understanding the naturalness of the processes. 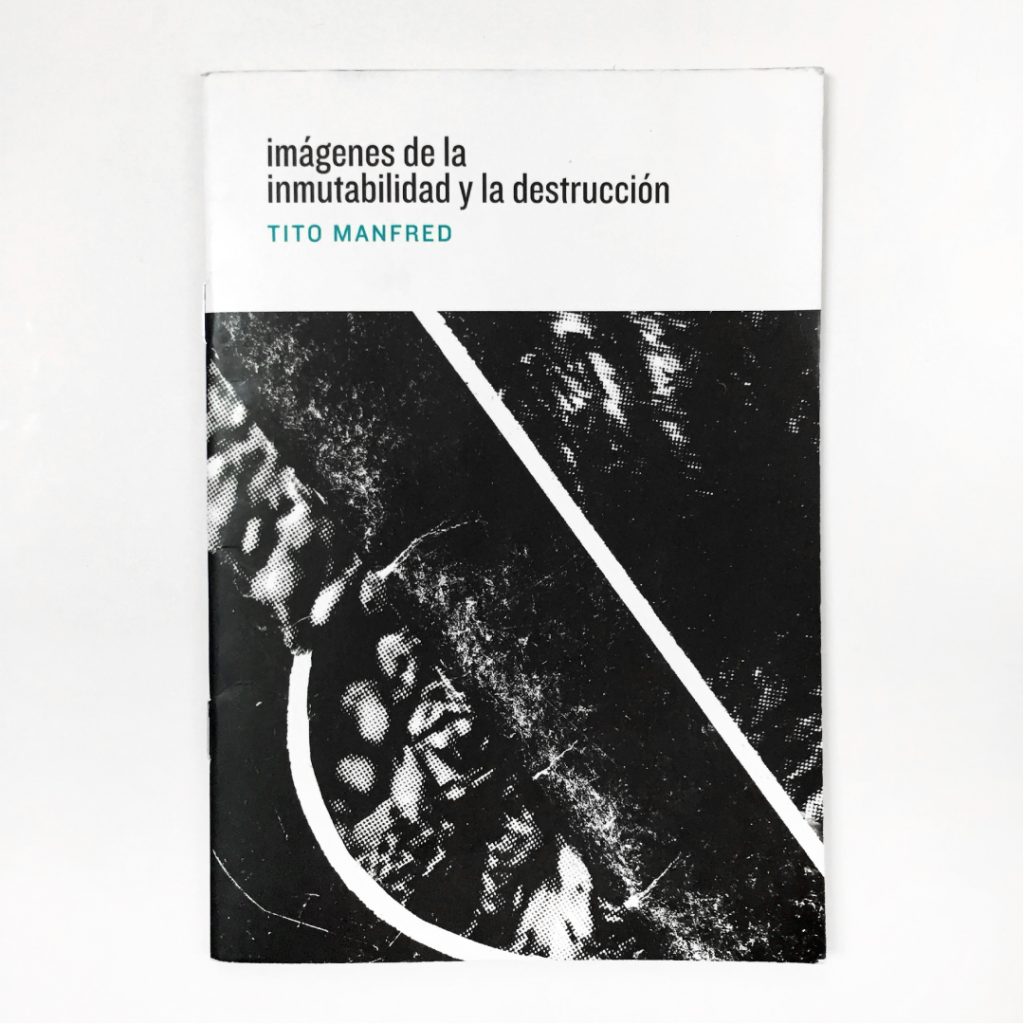 Almost spontaneously the words “immutability” contradict each other, which cannot be changed or altered, with “destruction”, reduced to pieces or shattered, because how can something not change and at the same time be destroyed? But is not life immutable with respect to its naturalness? The author presents it as a cycle: the immutability of existence contains in it the destruction.

“A mollusk seeks to cling to the rocks, to endure them, to be the closest thing to a photograph, until it is swept away by the violence of the waves and is lost to the bottom of the sea. The only thing that remains is the violence of the waves. I open the curtain of my piece, let the light in and wonder if it is possible to stick to it. The only thing that remains is the absence of light. I close the curtain again, I protect myself.”

The intangible is as unstable as the struggle to remain; violence is part of the spontaneity of existence, action and reaction, the beginning and the end. We as living beings are the receivers, and at the moment of understanding our fragility in the face of the indomitable, we protect ourselves, but we do not cease to be exposed.

Closing your eyes is the best way to read this plaquette. Imagining the proposed scenes, fighting the discomfort, accepting the crudeness as part of the story making Manfred a communicator of realities and of the spectator, survivor and sometimes irruptive: “An animal dies. Instead of returning to the earth, it remains. Its stuffed beauty adorns a living room, incapable of anything but being seen. We look at an animal and it doesn’t look back at us. A form of weathering. Once someone saw us and we saw him back. A house is made of such materials.”

Manfred also compares language, which becomes finite in the face of possible events that exceed in abundance the number of adjectives to describe them. It is true, by reading it we understand better the cycle of life by visualizing events in nature rather than in any set of letters. But it is a draw, language may not be enough, but it survives extinction, which many animals do not. Manfred remembers the meaning of silence and sensations, the crude behaviour of man when he thinks he is superior to something he is part of. He resorts to the image of swimmers, the sea, the wind and love, in an attempt to show the crudeness, literally, of living. 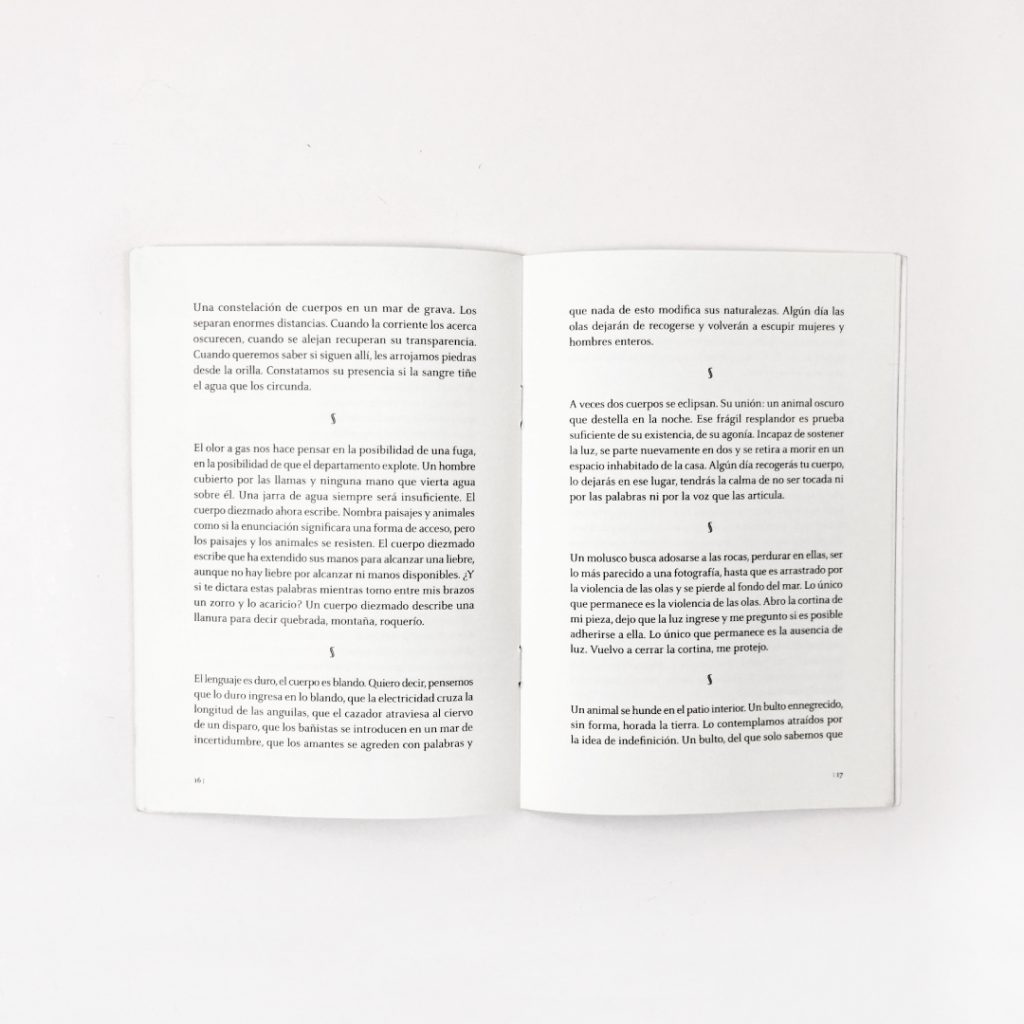 Gabriel Larenas Rosa (Santiago, 1982), author of Invierno (Winter) and of the second plaquette that we will review here, Neviza, talks about his memories providing an intimate reading to what is his origin. The book of poetry, published in 2019, contains 18 verses that cover and advance from memory to insomnia, repeating words and ideas that together declare a life in the field described from the depths, which is camouflaged in its sharp, literal, but not so much. 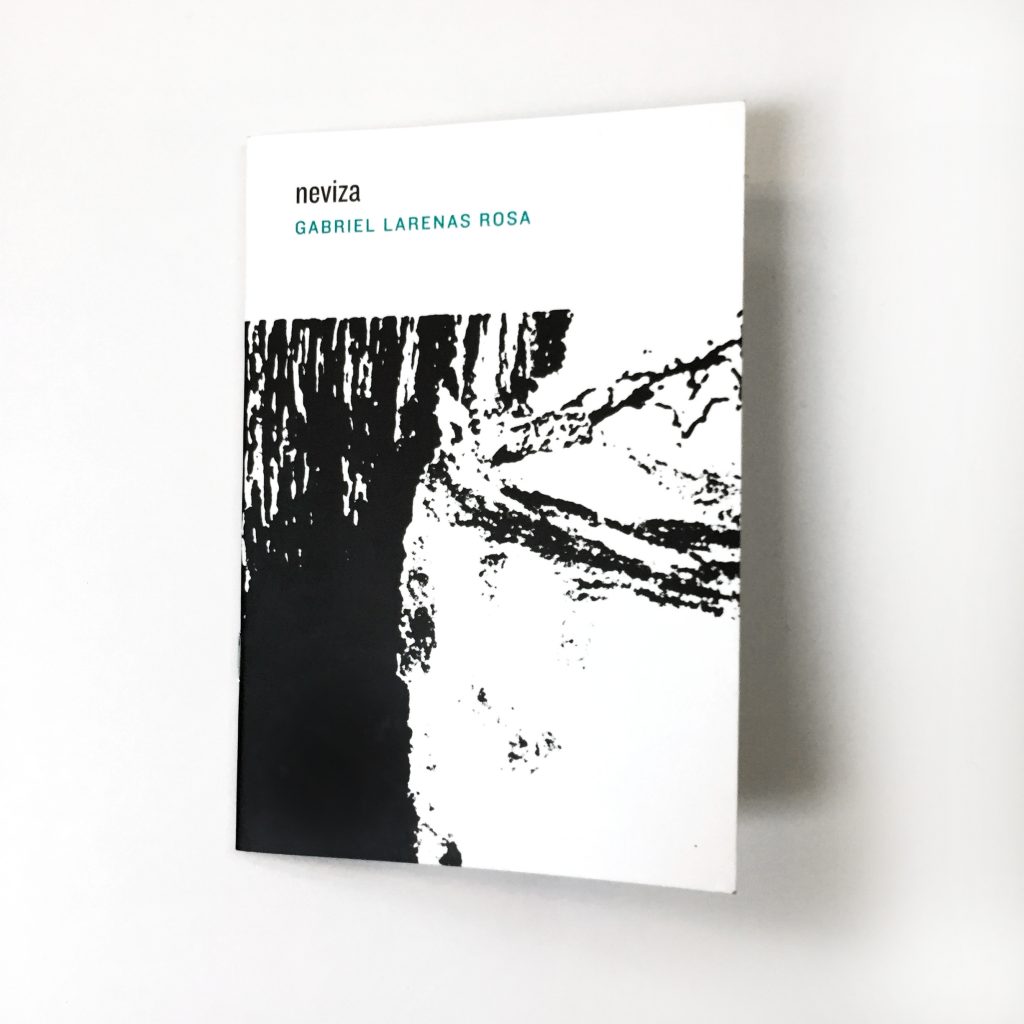 His language is observed from the proximity of his mother, confronted with silence, a blank space that resembles his father’s remoteness, without making his absence integral, he emphasizes what triggers in him, son, and that transgresses, to her, mother, the distance: “the father does not open his eyes / the mother gropes around / the father disappears / she goes back to sleep / he builds / family / in the distance / of the son / the son remembers / the father / in readings / fading signs / among unploughed soils”.

Unploughed, untilled, abandoned land. Loneliness breaks out in tedium, more silently, in vulnerability. The senses become part of the story as the body of experience, source of adversity, bearer of consequences. Fresh climates surround him: snow, fog, mist. Snow is called snow compacted by its own weight before becoming ice, similar to what life does to the body. What is capable of producing a winter inside? More than cold, trembling, losing the ability to sleep, is rain perhaps crying?

Each poem is separated by an asterisk, each verse seems to say something by itself but each strophe is a scene. The plaquette is a story. Larenas, hurt and afraid, remembers the uncertainty, the fear, the mistrust: “I listen / to be able to talk to me”. 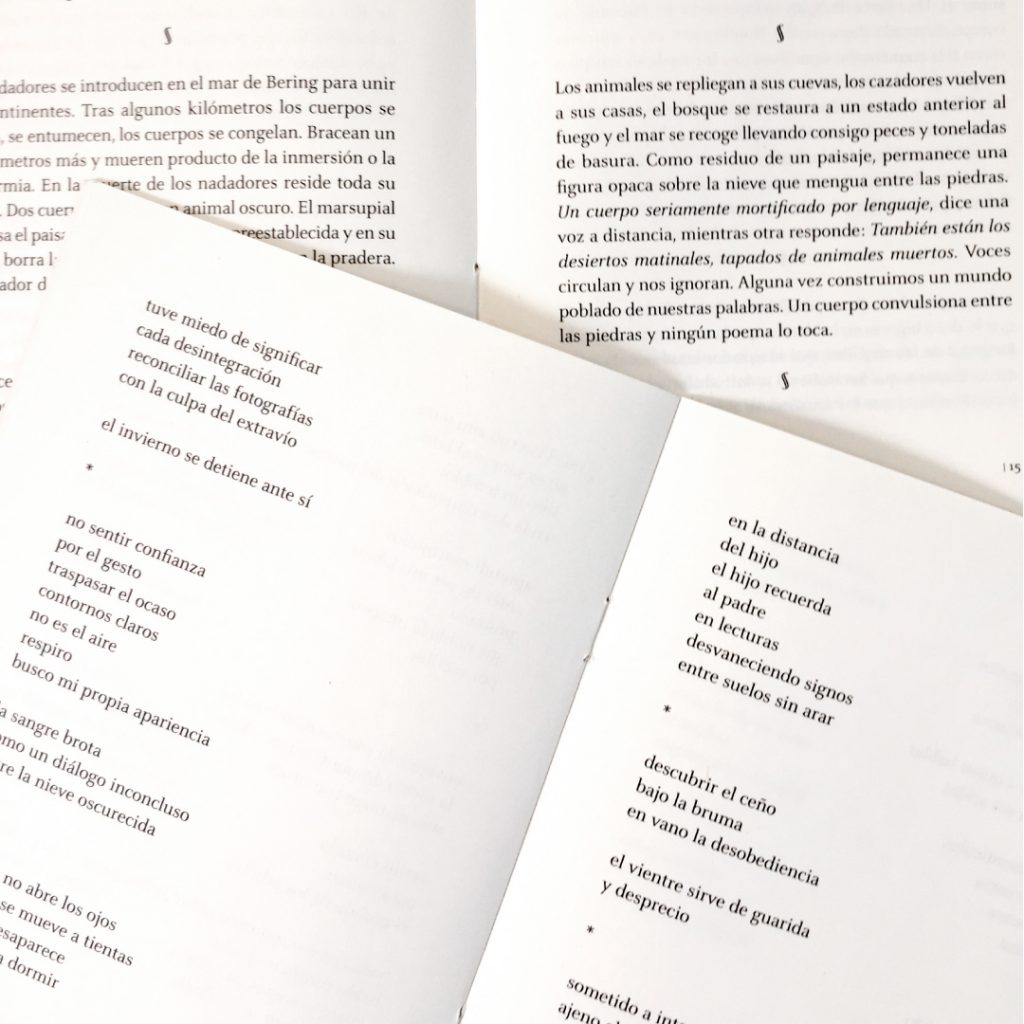