Mella, by Priscilla Cajales, is a poetry book published by Overol ediciones with a captivating cover in black and white, with angles that get reversed and opposed. The aesthetic goes to the cities where abandonment, loneliness prevail and food traces are left in the corner of the lips. 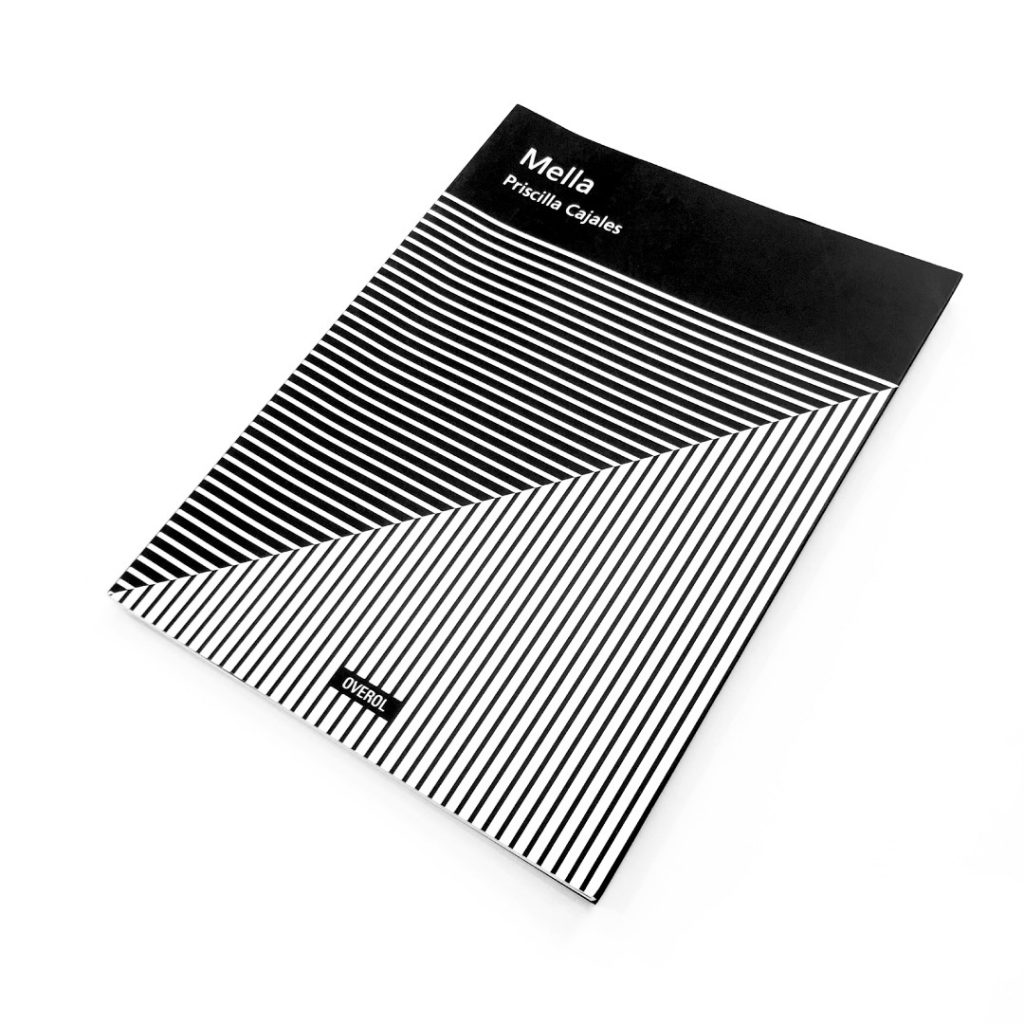 Like someone who looks sideways, that is, with the edge of his eyes, almost on the side, almost looking out; in Mella there are several mentions of the meals that remain marked on the faces of the diners when they remain at the corner of the lips, between the teeth, on the cheeks. As a damage or wear of the personal presentation that speaks of the lack of self-care, of the lack of honesty or concern towards the stained one by the people around him. “I focus on the advertisements / and the saliva and mustard floss / hanging from his mouth. Thus, the lyrical speaker is a silent observer who keeps silent in the face of deviations from the rules of hygiene that she cannot fail to notice, no matter how much her interlocutor demonstrates artistic talent by performing an imitation of the singer Palmenia Pizarro. It is at the same time the urban, the popular, the same thing happens in “Ana y Pancho” where this time it is the speaker who has the stain, the dent in her personal image: “I continue with the empanada in my hand and a little oil / in the right corner of my lip / nothing that cannot be cleaned / it is enough to stretch out your tongue and finish eating”. There is almost a taste in waiting, in the conscious postponement of personal cleanliness, in noticing that one has control over the dirt that overflows the mouth, in leaving the traces of typical Chilean food visible. Then comes the gesture of stretching the tongue and thus rescuing the last bit of residue left to digest. Control. The control of emotions in front of the traces of food is also present in “Photography”, a poem in which the observation of a child leads to notice “breadcrumbs on the face / that do not cause tenderness”.

“Even though they look through the same window

love and distance are words

the reflection and the warmth

Damaged relationships are a constant in Mella, the difficulty of sharing the same experience, the wear and tear of communication and the increase of silence as a pact of non-aggression, a reign of truce that breaks with the opening of the mouth, or the different desires in spite of sharing a relationship: one wants cold, another wants orange afternoons. The lack of consensus but the continuation of the coexistence gives an account of a lack of will, of the abandonment of the search for personal wellbeing and the surrender to conformity, to the continuation of an unsatisfactory routine, to the lack of desire for personal fulfilment. A damaged soul speaks, the past has made a dent in its projection of the future. Relationships that are neither cold nor hot, neutrality of conversations that do not reach either joy or sadness, as when he says “this warmth that in no way resembles love / or nostalgia”

There is a synchrony in Chilean literature that is evident in the poem that gives its name to this collection of poems, Mella. There, a wake like the one seen in Daniela Catrileo‘s Piñen takes place. A neighborhood, children playing while adults remember the deceased, women comparing the ages of the children, popular music and the songs of the soccer bars. These are passages where there is no privacy, where the pain must be in public by choice or because the construction of the houses leaves no other option. Mella is the last poem but this public exposure of pain is present in the first verses of the volume that Ediciones Overol delivers in the pen of Cajales: “My dad is crying two rooms away / I can hear him / because there were never any doors”. What does a girl who hears her father crying do? She grows up dented.