In a theater hall turned into a operation room enters a retired doctor to tell the audience his experience as a surgeon of the most fantastic deflection of the flesh, of an artist of muscle and the bone with a method capable of giving the smile back to the most twisted features. It is Malformados (Malformed in Spanish), which has performances Until January 26 at Taller Siglo XX.

“He says the face on his nape laughs when he cries” 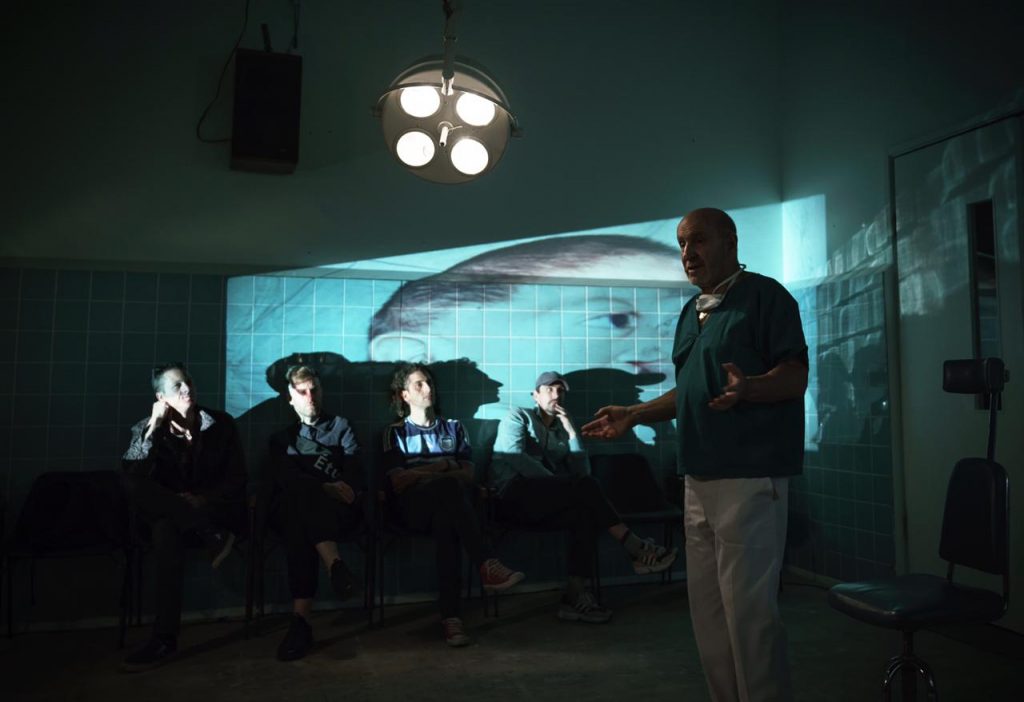 “A Plastic Surgeon’s Speech” is the other part of the title of this play that tells the last testimony of a retired doctor, at the dawn of death, who from the hospital remembers the cases that moved him during his trajectory in the operating room. Far from aesthetic surgeries that seek to increase beauty, he gave his life to operations that seek to reintegrate self-esteem into the bodies of those rejected by society, which were born with congenital malformations that made them objects of ridicule. Or worse, that made them feel like monsters. 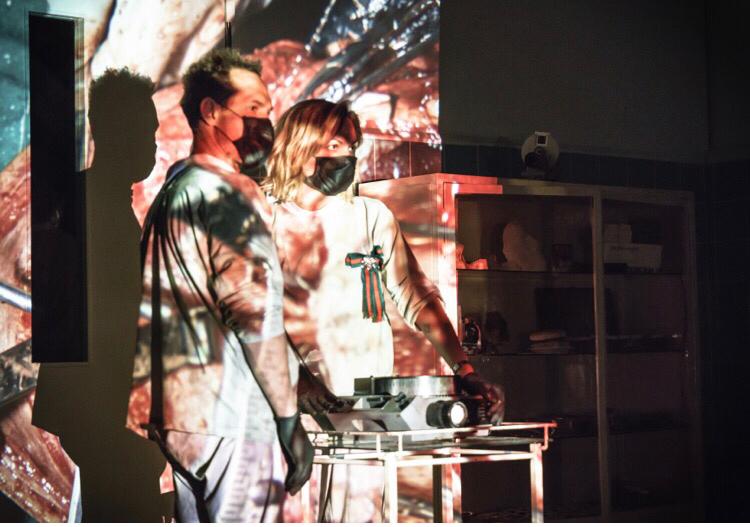 But the doctor is not afraid of them. Does he love them? Does that trigger his fear of retirement? Or is it a deep vocation that calls him not to abandon the helpless, not to put down the scalpel? The lights change, the assistants and nurses move the slide projectors and the images of another patient are projected from two spotlights, another malformation whose projections are mounted and alternate in the same space, making the memory a collage. His body, which seems to be armed with pieces that do not fit, is reconstructed through photos rotating in pictures as psychedelic as they are suffocating. There’s something else they’re not saying, another side to it. 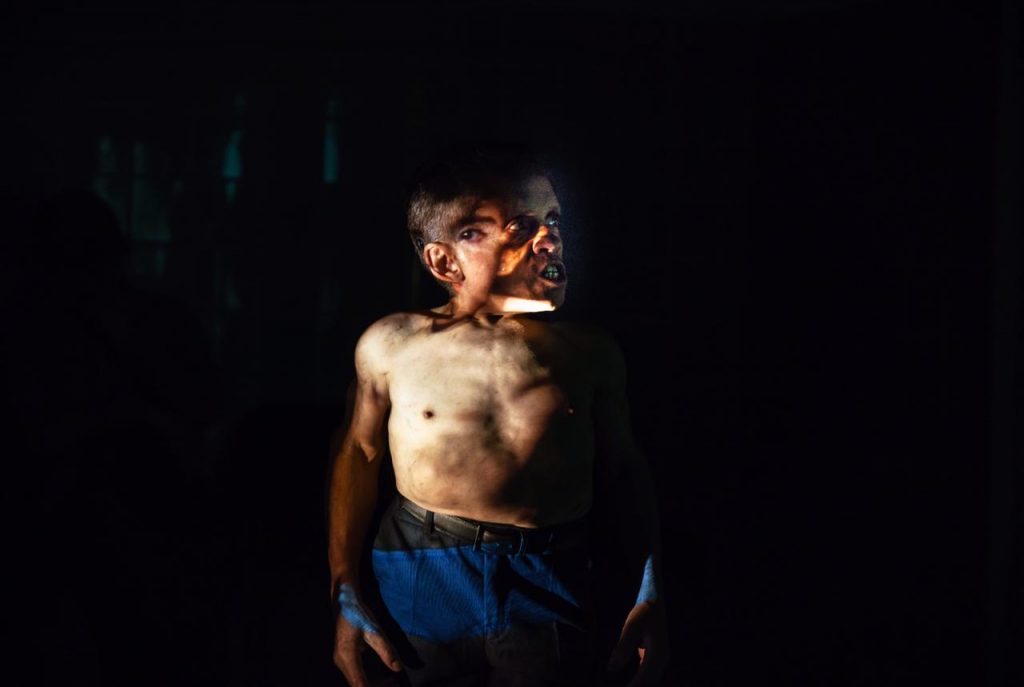 Dr. H. talks about the difference between superficial and thorough surgery. For him, to operate only on flesh and cartilage is not to have the true intention of reconstructing a face that is considered normal. He says, if it is necessary to operate on the bone to shape the face, it must be done. He is not afraid, he has a professional hunger that his colleagues might consider a malformation in itself. There are about 20 seats set up on the walls of the operating room, that is, the theatre. Dr. H. looks at the people in the audience as if he were looking for a partition to correct, a cut to make. His assistant manoeuvres the operating theatre lights that hang from the ceiling, points at the spectators, smiles as if keeping a secret. 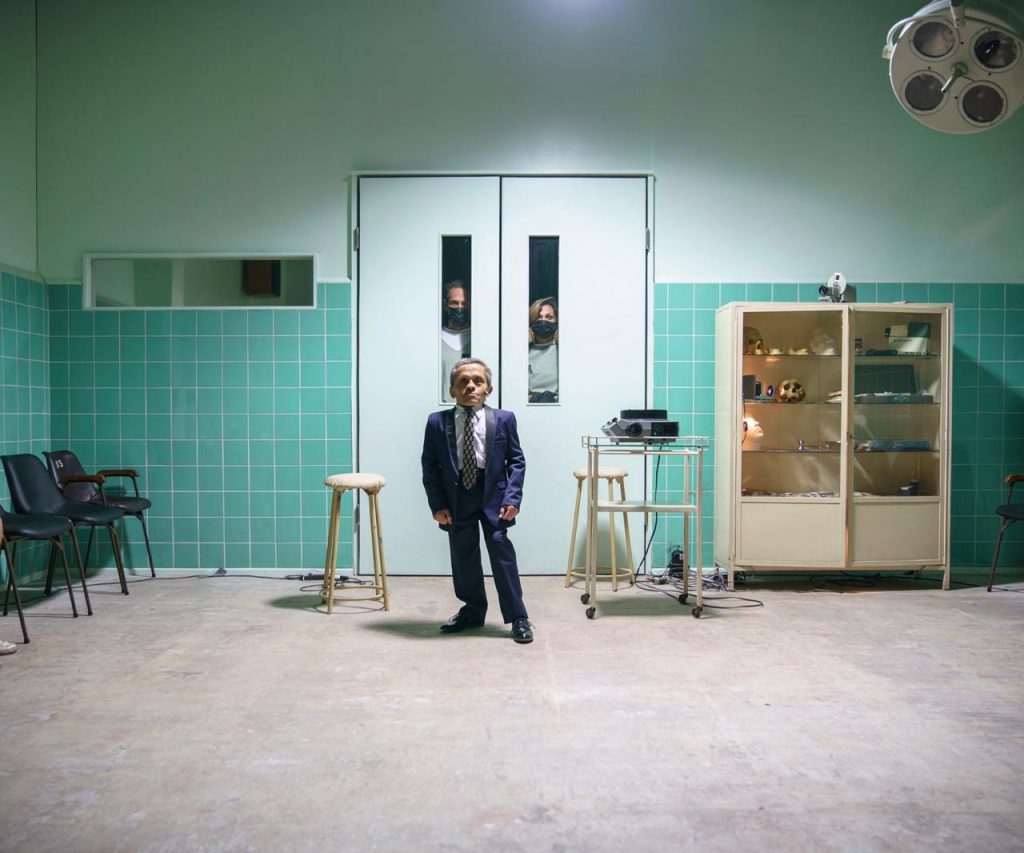 The immersion in the medical office is complete when the man with dwarfism enters the room to be examined by Dr. H. He is Rodrigo Velasquez, who enters wearing a suit and tie, sober and formal. The crossing of what is real and what is theatre requires a playwright to intervene in the situation, and this is where the work of Alexis Moreno is needed to bring the parts together, while the direction is provided by Constanza Thúmler, who together with Doctor Hoppmann wrote the text of the paper. Dissertation, testimony, fantasy: mutant theatre.

At the end of the work, a case is commented on that is dismaying and causes shivers of fear even in those who are most unaware of the possibility that Malformados is not real. A man, says Dr. H., who was born with a face on the back of his neck. Like the villain in the first Harry Potter, two twin heads, joined but opposite. As the man’s face looks forward, the little face seems to stare into the darkness. He says the face on the back of his neck laughs when he cries. A sinister laugh that he wants to remove even if it costs him his life. What does the doctor say? You have until January 26th to find out the answer. 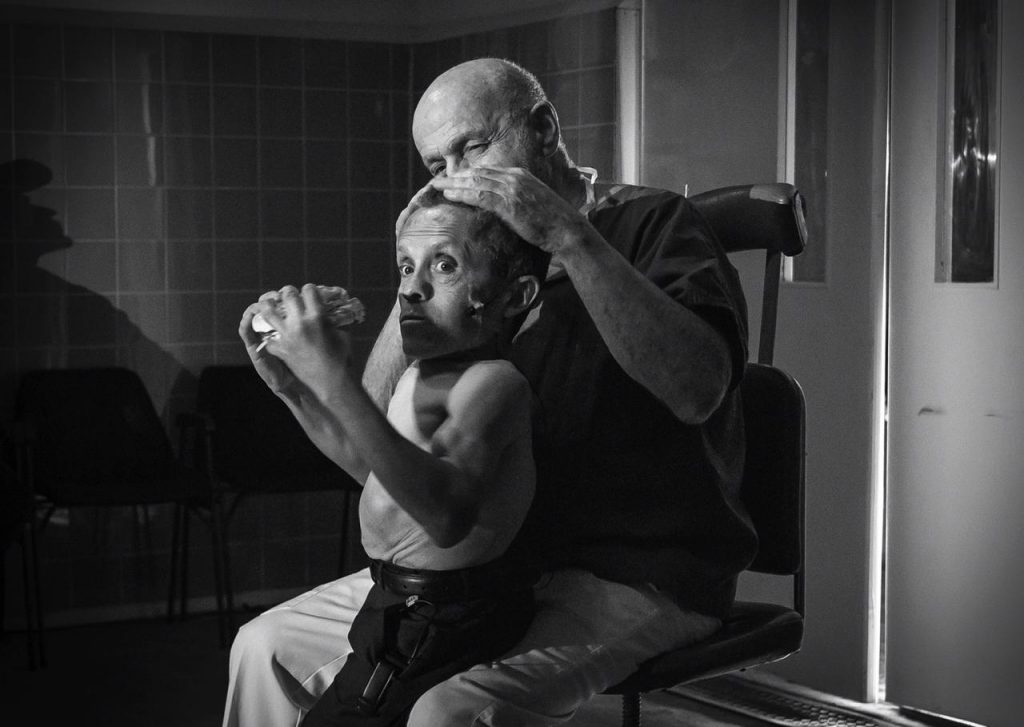