“The vision that was planted in my brain,
still remains within the sound of silence”

When we hear a sound – from a groan to a morning trill – we never think about the incomparable phenomenom caused by the release of neurotransmitters inside the cochela, that sort of snail that from the inner ear turns vibrations into nerve impulses which challenge our passivity via stimuli, same ones the Swiss artist, Zimoun (1977), tries to activate from MAC at Quinta Normal from a sound-audible sensation that creates a link which allows to see what is heard and hear what is seen. 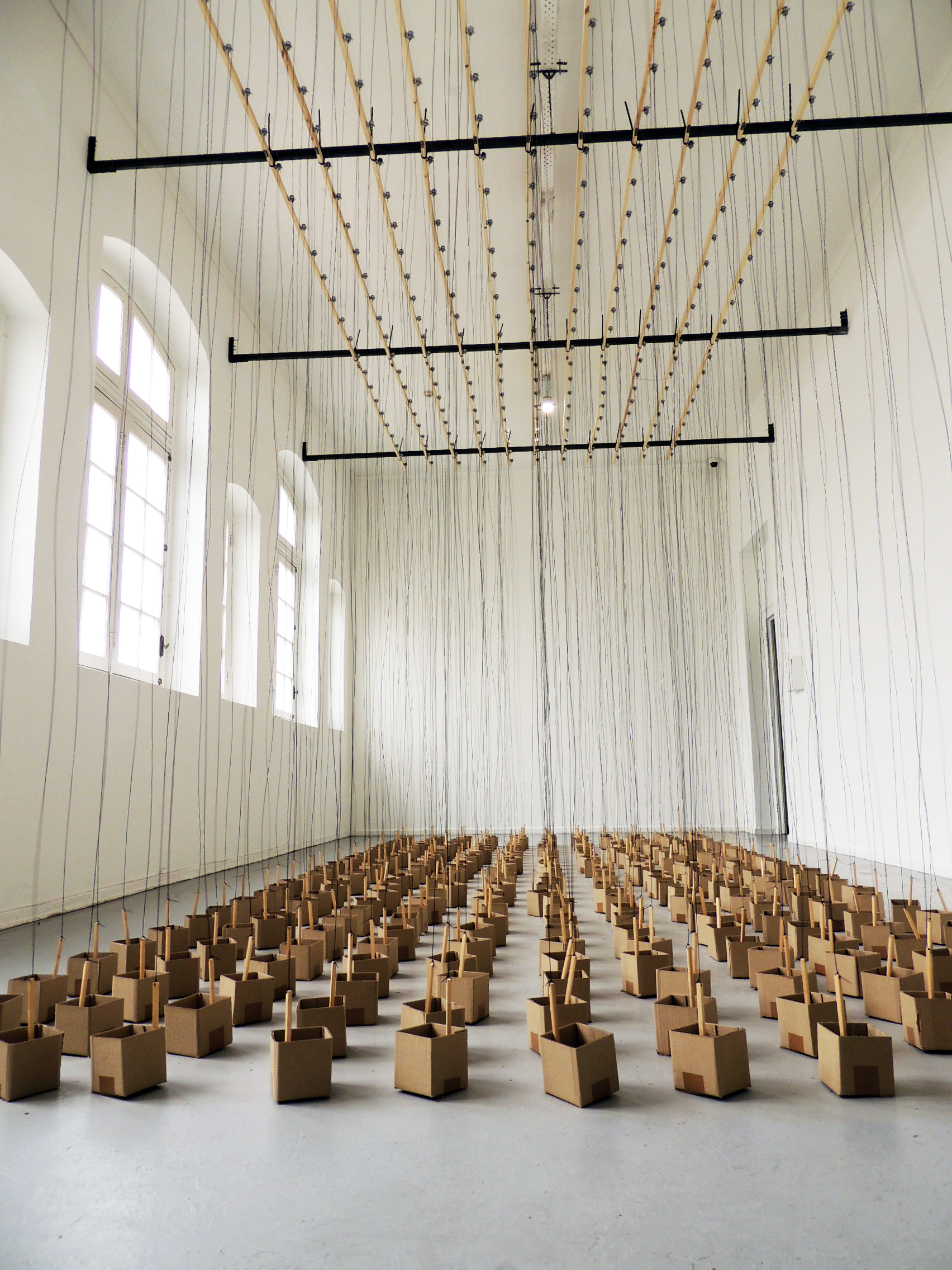 This is how, on entering the environment, he took possession of this century-old neoclassical building from the early 20th century, and turned it into a gigantic sounding board in which he placed a hundred simple objects, among which the staging of this imaginary and gigantic power plant stood out, in which, from superimposed cardboard boxes which in turn act as a great tambourine where the sound of water, rain or that indescribable waterfall resounds, which even when it leaves the room continues to hit your ears, so that you perceive that the sound also took possession of you, as a kind of echo that is amplified, moreover in each piece of the exhibition.

A game that is replicated in the 12 unique pieces that occupy the second floor of the building, of which six were specially created for that venue and another five adapted to it, and which form part of its last years of production, together with a video of its beginnings, which tells the story of an artist who fuses material simplicity and technical complexity represented in 1708 DC motors, 646 pieces of cardboard, 336 metal glands, 259 cotton balls, 158 welding wires, 39 kg of wood, 38.5 meters of rope and 5.3 km. of thread, as the base substrate of a project in work that, discounting the sensory and aesthetic experience, which is in sight, is transformed into a journey towards abstraction, where all this scaffolding refers us to the deepest part of our essence – Nature, and even more to that silence that resonates surreptitiously in each piece created by an artist who makes the heart of things pump.

Here it is not only a question of vibratos, or rhythms that are replicated ad-infinitum, by the action of motors, cable or everyday objects, but because the superimposition of created planes makes the object transcend to the point that if we then add to it the polyphonic display that envelops the visitor, he not only experiences a multiple spatial perception, but is capable of feeling – in situ – the internal architecture of this “loop” that brings with it a project that alludes to “a stillness not stillness”, that unsettles you from beginning to end. 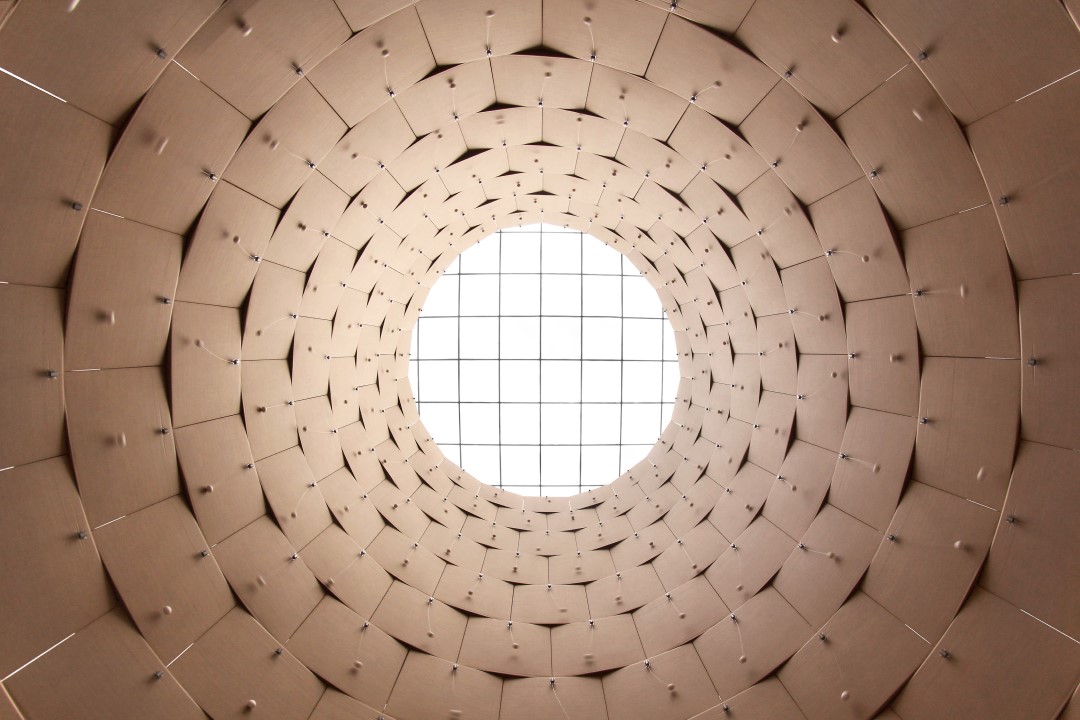 Now, if we stop for example at the three pillars that mobilize his work – the visual, the sound and the repetitive, we immediately discover an obsessive compulsion to make this site-specific kinetic-constructive exercise escape from the margins, opening up a field of connections so diverse that in that oscillation he incorporates so many disciplines that it is absurd to frame them in an exclusive area. Of course, the only one that I dare leave out would be the computer area, since Zimoun is characterized by exploring basic systems, in which no predetermined computer program intervenes, on the contrary, it articulates a complex network of “rhythmically connected ecosystems”, both because of the domain of the environment, as with the auditory flow with which it creates disturbing atmospheres that go from a riot to a poetic one that exponentially makes us obviate the place in which we are imprisoned in this persistent confluence that, given its hypnotic character, unifies the physical phenomenon with that generated in our unconscious and that shakes our perceptive field, by an experiential avatar that, as Alessandra Burotto states, curator of this sensory and auditory bet, shows us his most daring side – “Zimoun is an agitator, a squatter who reveals his imagery to trap us in his net” Even though, the circumstantial appropriation of this artist refers to a great extent to this endless behaviour of nature by reproducing it through a scenic-architectural montage, which at the same time activates a technical process made up of various modular reticules with which this persistent monotony is given a poetic dimension that, except for its intrinsic fragility, invites us to surrender to this extraordinary and disturbing submission in which we see what we hear and hear what we see, as an indispensable sequence. 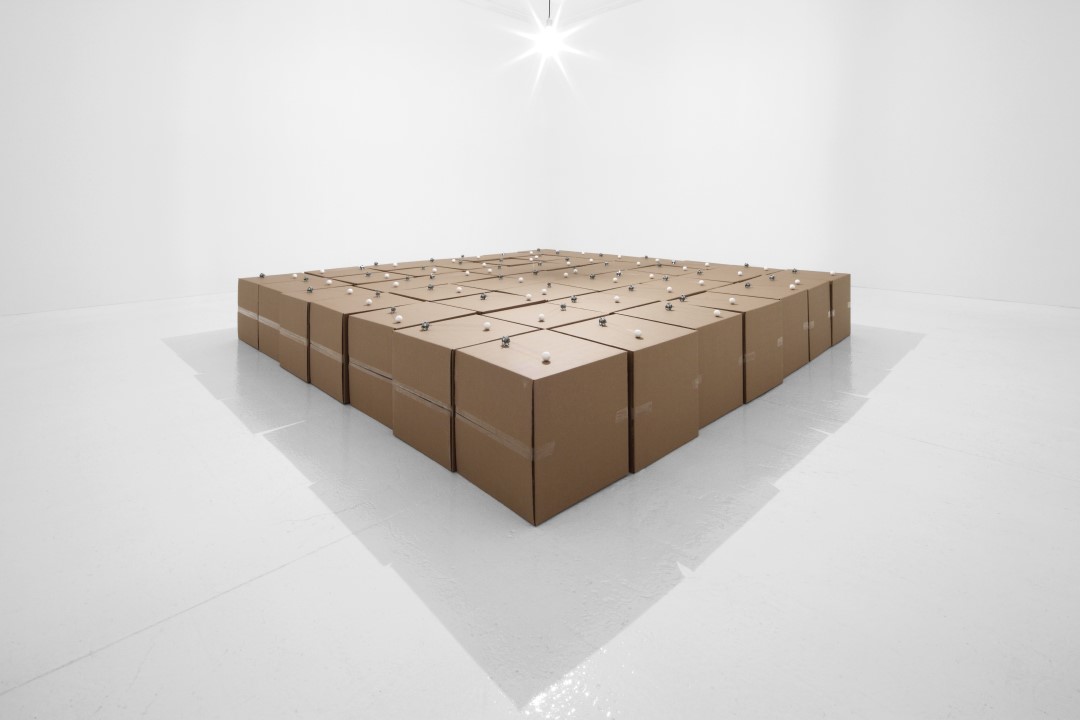