2666 references to Roberto Bolaño and the fanzines that the Divine Antichrist wrote by hand on white sheets stuck with packing tape, in addition, cases and fire remmants which contain the dancer into the Bellavista neighborhood. It is the play El divino anticristo (the divine Antichrist in Spanish) that has performances untile December 15 at Mori Bellavista Theater.

“A crown of thorns, a nail in each extremity, a bleeding cut in the rib and 2666 lashes.”

They are words of The Divine Antichrist, interpreted by Mateo Iribarren, when speaking about the true Jesus – “I am the secretary of the ancient Lord Jesus Christ”-, a divine being that in his understanding became the most known and distorted history of history. Jesus, who for the Divine is an example to follow when he says that “we must love everyone equally”, and he, submissive, prepares himself to love women and men equally, to wear a skirt and a scarf on his head to cover his once blond hair, and he assumes bisexuality before his interlocutor, the dancer who lives in the vicinity of the Bellavista neighborhood. Did you know each other in real life? How do you know? The real people who inspired the play died two years apart, blocks away, everything is possible and, if not, is likely to happen. However, the play does not claim to be in a specific year, although it seems to run 18 times through the streets in October 2019. 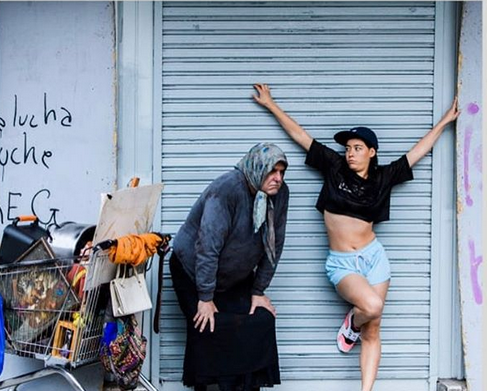 At the beginning, a delirious speech full of superlatives from the Divine Antichrist is interrupted by the Dancer, which stops the transit of the supermarket cart full of strange things that the vagabond uses to move his belongings. Dancer Lily, played by Violeta Molyneux, soon shows her device – her radio – to the Divine, to tell him that she dances twerk, one of those musical styles he has never heard. So she dances twerk and moves her ass provocatively until the moral height of her interlocutor makes her stop. La Isabelísima -the Divine- goes from almost academic to vulgar improper language. She is much younger, she laughs at this encounter that the street has given her. Later on, the Dancer sings about a cocaine cigarette and abandonment, long before approaching the subject of pregnancy, femicide, and the painting La Libertad guiando al pueblo.

“Am I thinking that the most typical ones are hysterical because they are manifesting themselves in women’s clothing? Do they not seem to know that I am the Antichrist par excellence?” 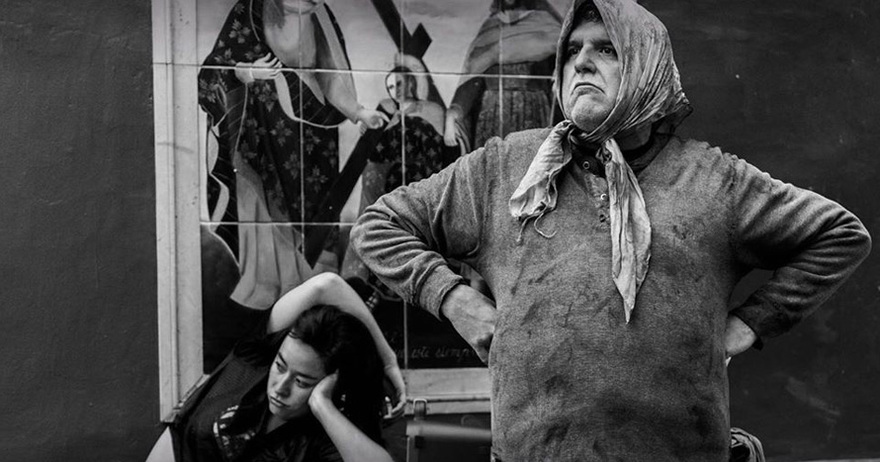 Collecting food from La Vega is part of the routine of the characters, vegetables to cook in the pastures of the Forest Park, is a ritual as everyday as selling merchandise or written on the cobblestones of the Lastarria neighborhood. The cobblestones that the vagabond writer stepped on yesterday are today thrown by the demonstrators who walk the same streets. His writings are about invasions by extraterrestrials, infiltrating high government officials, making their Nazi conspiracies, devising plans from the West Coast transmitted telepathically or by means of coded messages through radios such as those occupied by the Dancer. “These books are chapters of a ledger called América Alemana” he said in some interview, here we refer again to Roberto Bolaño and his book La literatura nazi en América, not to mention 2666 and his search for the German author Archimboldi in the middle of the Sinaloa desert, one of the places with the most femicides in the world. Violence against women will have its place in this work. There are also references to the current situation of Plaza Italia, also called Plaza de la Dignidad (dignity square in Spanish), as if a paving stone fractured under the footstep of a divine, divine and blasphemous being coming out of a reality that is the night of the wild and forsaken street, were a warning that if you don’t hear it you are going to say that you didn’t see it coming. However, it was in the streets, where prophetic writings of the Divine Antichrist were handwritten, photocopied, and then stuck with packing tape similar to the banana of Cattelan. He had a schizophrenic and erudite discursiveness that earned him the respect of the university students who demanded his release when he was interned in a psychiatric ward. We will return to the students, let us first see the violence.

“I learned that a small thing that talks and talks can hurt a bearded thing of 192 pounds. I learned that it’s not ridiculous to be in love, it’s rich.

I learned that bye.

in a letter to an ex-partner

Even if the main characters are taken care of or sung, not everything is a good relationship between the two characters. For example, in one scene, “La Isabelísima” tells the dancer that the baby she is having is an infiltrator who can destabilize the entire government machine, convincing her to hide in a bag that she then sprinkles with benzine, while at the same time impregnating herself with the fuel liquid. It is a reference to the murder of Estefanía Martínez, the “Bella dancer” who at the age of 27 was murdered and found inside a burnt suitcase. A raw look at the madness that such a crime requires. The madness is presented with many faces, at times the characters seem to be reflected as in a mirror, to share the same delirium of a country called Chile, sometimes the tuning lasts a second previous to verbal battles of high caliber. It’s like turning a corner and moving from a neighborhood of terraces and theaters to a neighborhood where the battle for a new way to understand the reality of the country is unleashed. It is to pass from the quiet song of a mother who lives in the street to the mind of a man who burns himself. “I’m thinking that the misogynists want them to be their victims,” wrote the poet in one of his fanzines. Delirium is not linear, nor does the work require attention to recognize the sanity between disorder.

The figure who gives name to the work is so anti-systemic that only its resistance to the model of life – home, family – is well suited to the discourses of the students who called to evade the system and gave rise to the current social outburst by taking the streets of the country. That’s where the theater invites spectators to ask themselves if a vagabond lives so long to become a character that transcends the neighborhood to which he gives life, weren’t your eyes on the street? Where were you locked up that you didn’t step on the street, that you didn’t see the bisexual denouncer of extraterrestrials coming? Were you drinking in the steps of the woman on fire on the night terraces of a bohemian neighborhood? It’s an hour of theatre that seems like an hour in the most disenchanted streets, more distanced from the standard of living, an hour of drama and laughter written by Mateo Iribarren, under the direction of Natalia Grez. Performances until December 15. 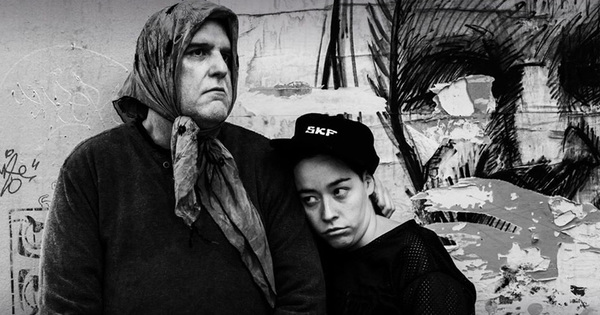 Season: From November 14 until December 15

Schedule: Thursday to Sunday at 8 p.m.