Alquimia Ediciones presents a new collection of poems by Rodrigo Morales Salazar, Ofiuros (ophiuroids in Spanish). Winner of MOL award for the best unpublished poetry work in 2018, the book presents interesting reflections about the origin and meaning of language, its use and the way in which communication can be effective considering these restrictions. When all seems abandonment and shipwreck, a lysergic ophiuroids is presented.

“Dance is native from drum which makes the body darker

From an existence barely swallowed by fire

And there is no half of the sea”

Let’s see the language levels of this long phrase constructed by Morales: there is an existence barely devoured by the voracity -infinite- of a fire, that presence has a corporeality overshadowed by a percussion instrument. From this drum the dance is born, from the animal’s leather and from the rhythmic blow the dance originates. At the same level of the dance is indivisible the ocean, all the rest remains in asymmetrical strata of importance in the very construction of language. In order to approach the cryptic meaning of these verses, it is necessary to descend steps towards the depth of the dictionary, of Morales’ speech, of the meanings derived from other languages. And carrying out that search will not yet begin to bring us closer to the meaning of the ocean, although we will see it in other verses, like a tide that returns in the 50 pages of the collection of poems.

“The sunset conclude again over his dark house

And tense that hollow

That disrupts the speech when you call”

Long verses, long poems, long phrases. Word games with more than one meaning increase the intricate web of senses. The sonority -especially of the first verse plagued with grave vowels- gives a taste that transcends meaning: form predominates over the background, meaning is enclosed in a dark house, tensing the insubstantial in the use of language. Why write if it does not communicate? Does it communicate the word that does not refer to? “Disrupt speech when you call”  this is an interpellation to a listener who in turn calls – communicates – and in the sense of flames as “fire” that alters speech. Fire and fire are not opposed to the shipwrecks and marine figures in the collection of poems, however, both elemental extremes, fire and water, come back again and again. It is part of the poem “Sicodelia y quietud”, one of the three in the collection. Psychedelia is given by allusions to acid, the apparent consumption of which would explain the free association that guides this current of consciousness that is ophiuroids. 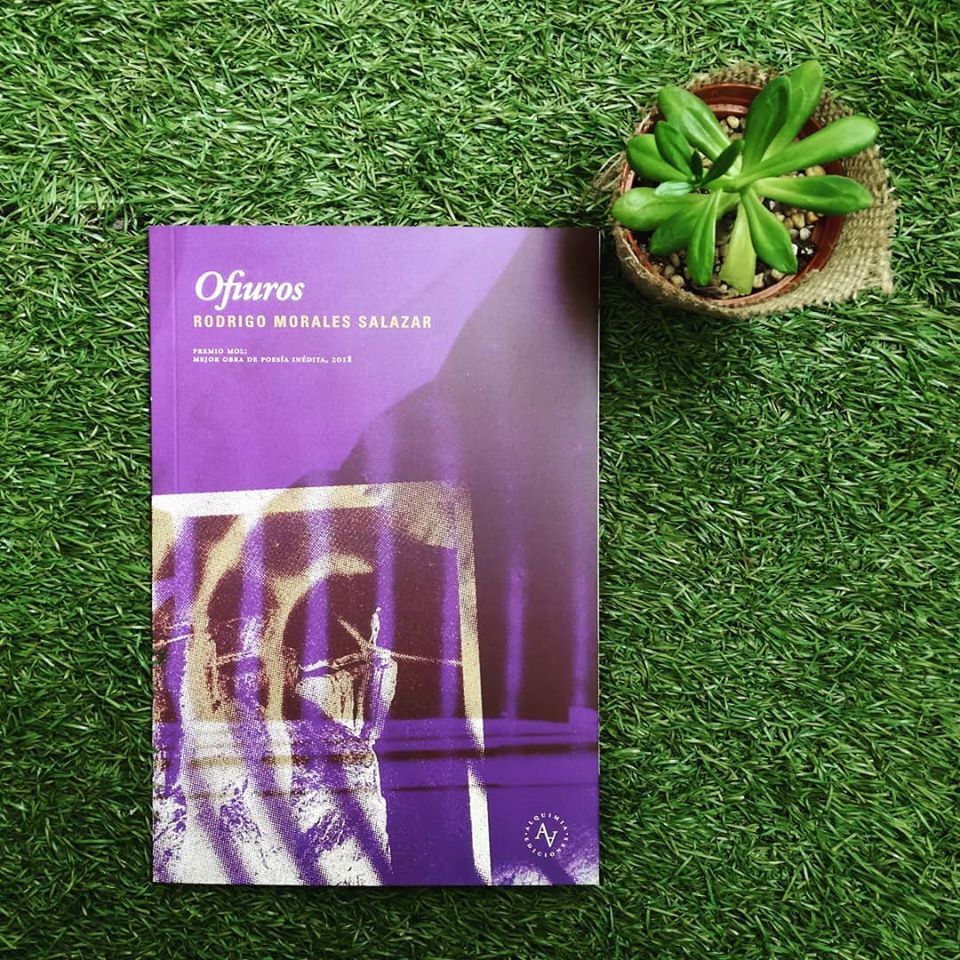 “The language we suffer is the ritual we organize” among the various references to the Odyssey in the book of poems, a phrase arises that reflects on the origin of our language, the use of dictionaries, the nobody -Nemo, Ulysses, Odysseus- thinking and the repetitive tradition of the ephemeral and intangible meanings of the words that go back to the same Greece that gave rise to Homer’s hero. Nine out of ten words in Spanish derive from the Greek spoken by the Hellenic poet, but some meanings end up drifting no matter how hard one tries to organize them as a rite. When language suffers, understanding becomes a trance. “Trances of an old ritual of ships adrift”. Words are ships that shipwreck, writers are desecrators of marine tombs, divers of liquid meanings that sink into chasms where oceanic beasts lie, hence the poet says “to write is to desecrate a shipwreck”. What, then, is reading? What can the ophiuroids say about these subjects?

The ophiuroids are marine animals of pentarradial symmetry, similar to sea stars but with more elongated extremities, some equal to the others. At the bottom of the oceans they wait for the moment to feed through the opening they have in the interior centre of the body, a patient and wild mouth. Symmetry could be the concept alluded to when Morales says “the enormous perfection of wild animals”, alluding to symmetrical equivalence as perfection. Another interesting point is that symmetry manifests itself in five ways, and five are the extremities of the ophiuroid. Are there five levels of poetic encryption in the poetry book?

The reading that requires constant revision of the dictionary becomes cryptic and also the senses that adhere to the spun meanings thanks to the consumption of psychedelic substances go unnoticed on several occasions, generating melodious verses that do not finish transmitting meanings, or that require too much analysis to be understood, which finally translates into distancing the reader from the text. There is beauty in form but a superficial reading produces estrangement with the background. How many readings does a more real understanding of the text require? We invite readers to discover it for themselves when they acquire their copy of Ophiuroids thanks to Alquimia Ediciones.

Book | Maraña, the complex overview of the young Chilean poetry.