The play Nadie lee fuego mientras todo se está quemando (Nobody reads fire while everything is in flames in Spanish) is carried out in a small and dark place, where the play between ligh, sound and short stories come along with the delimited movements of both characters, limited by the burden each carries and alludes to their relationship with social exclusion and desperation they feel. 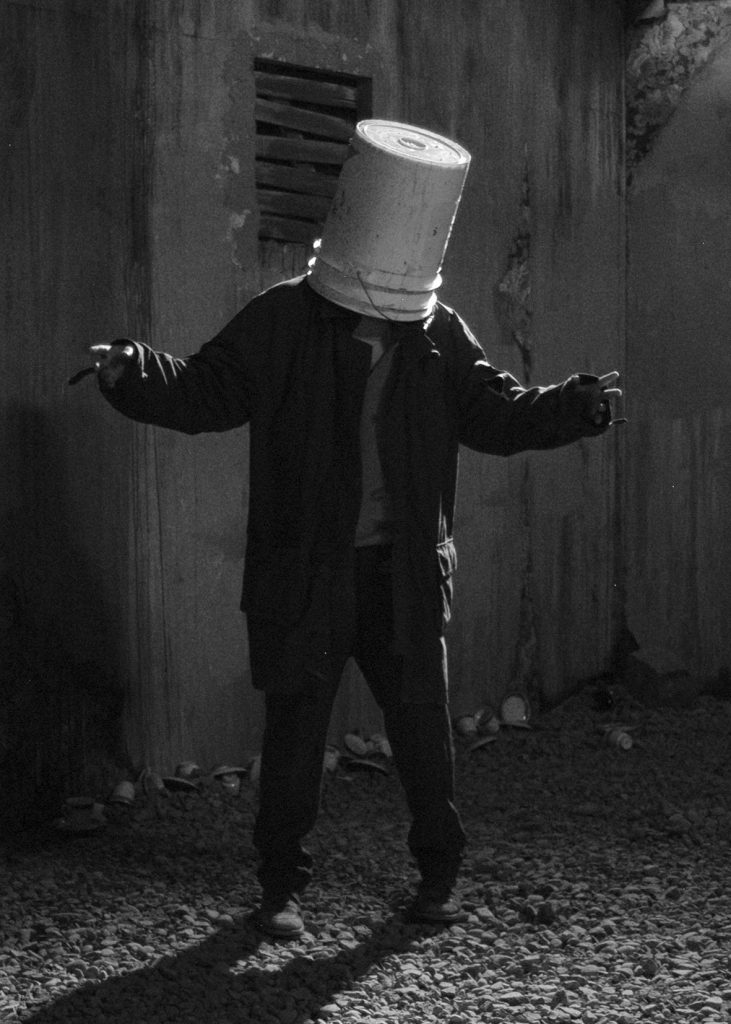 A revisit of the work Hunger of the Year 2005, Letters from the Watchers, by Diamela Eltit, and an extract from Bonzo, by Maximiliano Andrade, make up the staging presented at the Teatro La Memoria, by the company Niño Proletario. Francisco Medina, like the son, is the character blinded by a classic bucket occupied for construction and with difficulties to modularize. His dialogue, the poem, represents the thoughts that fall back on the idea of fire as a symbol of protest and illumination against a cold, gloomy and unequal space.

The guards are represented by shooting lights and helicopter sounds that anguish the son and silence the mother, played by Luz Jiménez, who was recorded reading a letter and then reproduced through a projection that begins the play. She reappears later, unable to move by herself, defeated by the years, hunger and the eternal search for freedom. Directed by Luis Guenel, the presentation has a script that relates the desperation of the mind in a body and space that were not and will never be their own, taken away by an excluding system, in an unequal country, where the streets become the home and the prison of the son and his mother.

The reduced space conditions the movement of the characters in the scene. Coming and going, trying to escape without going too far. The dimension makes sense when from Los Vigilantes is heard: “It is true that the main avenues have lost all their prestige and that the most powerful neighbours now climb towards the confines, near the mountainous plains, in order to overcome the sorrow of the crisis”, contrasting with what the eyes see: the protagonists moving in circles, comparing the possibilities of displacement, inherited from generation to generation, by the different socioeconomic strata. 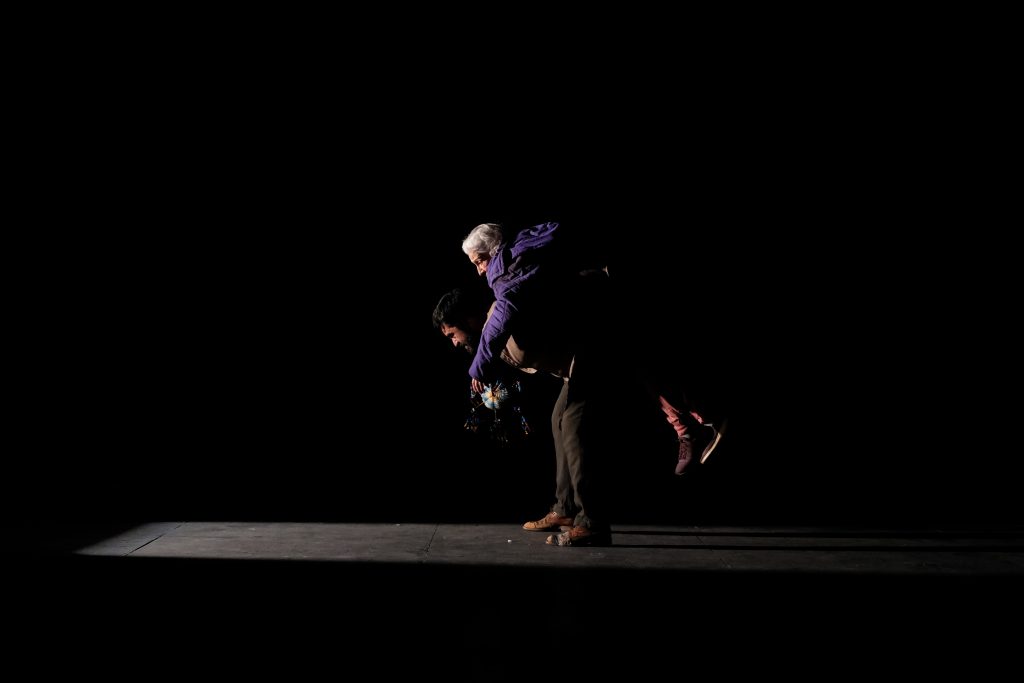 But space is not the only legacy. After dragging, cleaning, and keeping his mother awake, the son must carry her on his back, literally putting the weight of memory on his shoulders: “I drag her. This night and the nights and the day. PAC PAC PAC mom’s head hits the ground. She is hungry. I know. Hunger. There are unanswered unknowns and circumstances that question the national scenario until the exasperation: “Why write fire and not burn oneself”, questions Medina, the same first question of the book Bonzo. Therefore, when fire represents a deep and valid form of protest, who would be able to ignore the flames of the city enough to just read “fire”?

It is indispensable to consider the son’s first action as an allegory of the relationship between him and his mother. After finishing the projected recording on a metallic platform covered with cloths and plastics, he dismantles, in a hurry, each object that covers the platform, folds them one by one and orders them to one side of the stage. Making the image of the mother her own, her words and feelings, she transforms what at one time was her projection, into her own stage and even reuses the materials to cover herself and inhabit them, as if in some way, she wraps it up, while the audience observes her in a flimsy body, unable to move by itself, then what once was, is the only thing left of her for her son. 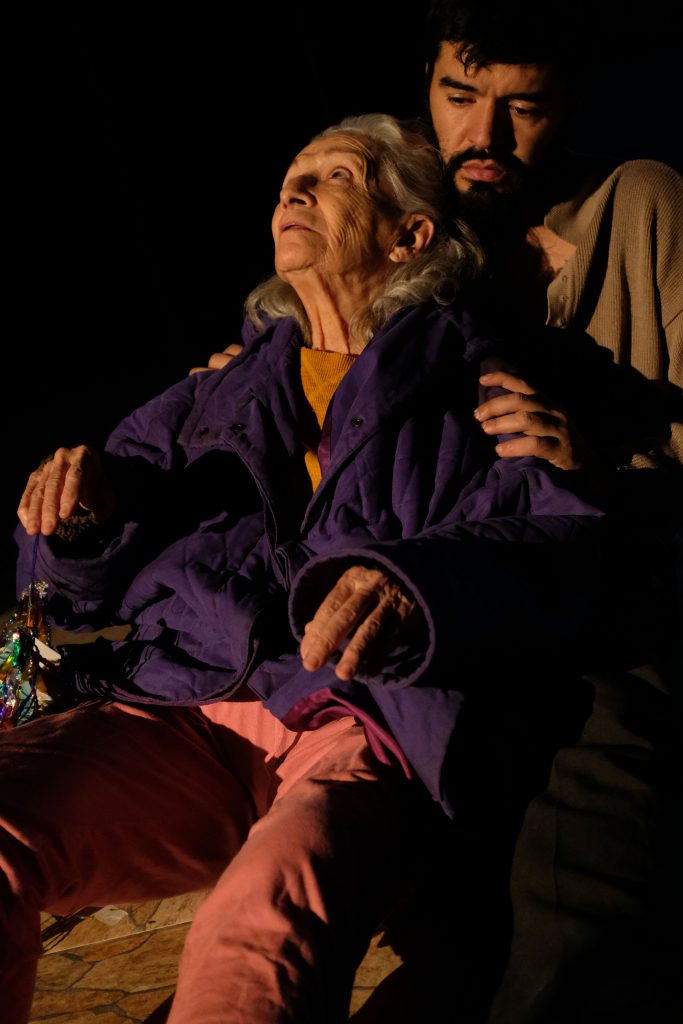