How much cultural spaces are worth for the Chilean Society? and what issues need to be solved so its value could be transversal? From its support to the art world to the citizen meeting, cultural spaces fulfill important functions, but does not mean that they are priority. The 20% reduction of cultural area budgeted for the 2020 was repaid thank to the organization among spaces and artists that question about the mentioned action, howeverm, that is just the beginning, how can we turn the love for art and culture into a decent work?

It is not difficult to imagine why the Gabriela Mistral Cultural Center, despite having been scratched, was not looted like retail stores, and even how, like Matucana 100, it opened its doors to citizen councils. Both in social networks and in the streets, the importance of these spaces in national events is manifested, but is it really their role? 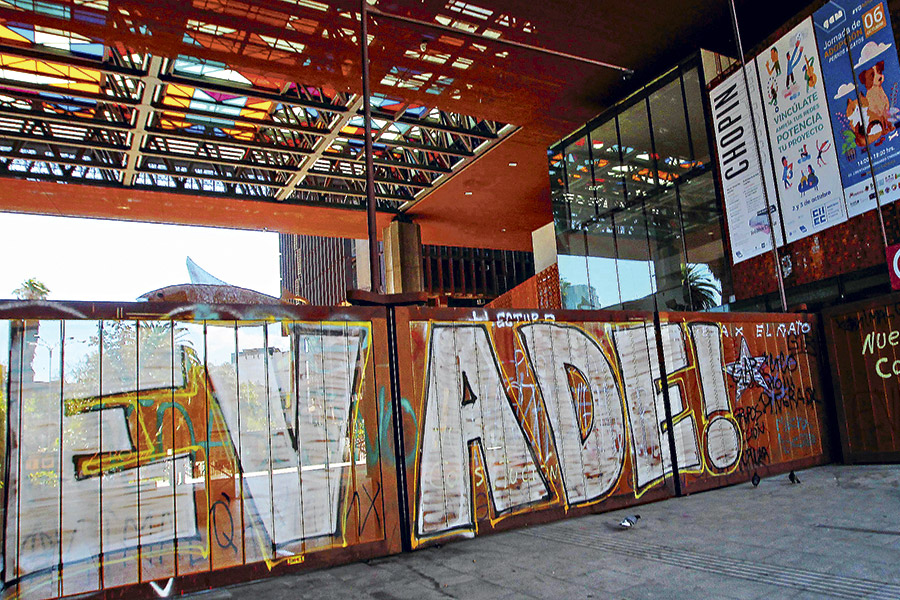 Their value lies in the fact that they are indeed places for the exchange of stories, memory and life. They are referred to as “privileged spaces for meeting and exercising citizenship” by the Ministry of Cultures, Arts and Heritage itself. And in some countries like this, Sol Díaz de la Fuente, executive director of the Aldea Foundation, exemplifies: “In England cultural centers are true meeting places, they are filled with popular demonstrations. Here their function must be reformulated, that not only is offered the programming made by them, but that it is a space to the service of the community“. It is in fact, according to the Ministry, one of its functions “to invite critical thinking and collective construction”, and although thanks to the social explosion we have approached this, it is still as variable as its financing, and self-critical as citizen participation itself.

Strangely enough, there are no qualitative studies in the country: “What do citizens think about these initiatives? There is a need for feedback on how people evaluate them. Comments Sebastián Zenteno, cultural sociologist, part of the Council of National Monuments of Chile and Oh! Stgo. A clear example of this happens for the cultural heritage day, of which there are only quantitative attendance data, but not an analysis of what people learn about the content of activities.

If this information existed and could be used in the management tools and in the audience formation strategy, it would be beneficial for both institutions and participants, but the reality is that 53.4% of the infrastructures of the Metropolitan Region declare not to have them.

So, do we create culture for whom?

The national program Red Cultura, which promotes community participation in artistic-cultural initiatives, emphasizes that accessibility must not only be financial and physical, but also intellectual, this refers to the affinity between the participants and the cultural product. The appropriation of this, its analysis and understanding achieve that the spectator reinterprets, thanks to his experience, life and the world. 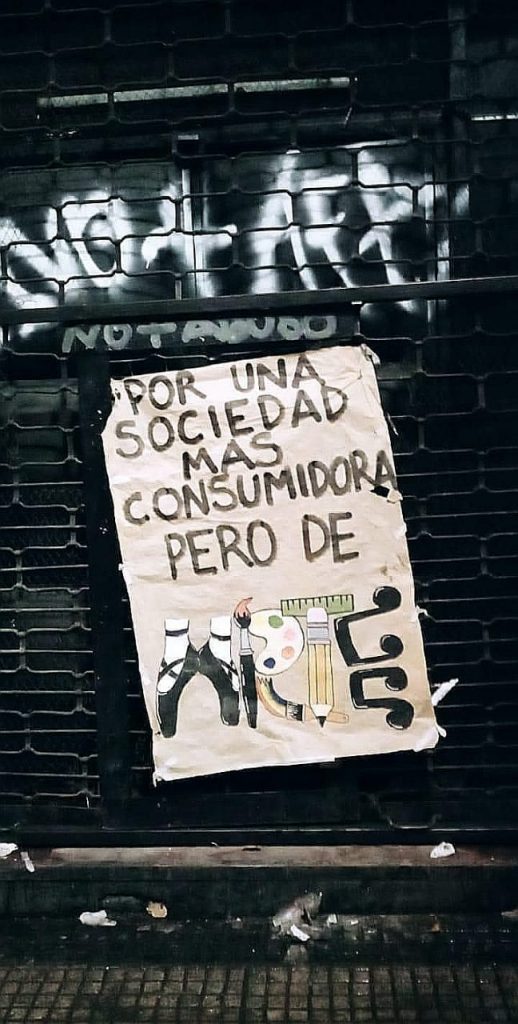 If there are no qualitative studies and people do not approach them because of symbolic barriers, such as the cultural capital acquired during their lives -which is already unequal-, or the sacredness perceived in the spaces, it is necessary to incorporate art and culture into school education: “Through a study it was detected that if during childhood one attended the museum at least once, the possibilities of habitually going as an adult increase significantly, that is to say, if one manages to get schoolchildren to go, we generate an important future for museums. Bárbara Negrón, director of the Observatory of Cultural Policies (OPC), says.

Education is a substantial path, but not the only one, because art and culture have always been born outside the established: “The current infrastructure is a reflection of inequality and urban segregation. From the villages and populations there are many initiatives, groups that generate against culture, not from the elite or institutionality, and it is important to begin to support these subaltern cultures,” adds the director of Aldea.

It is clear that there is a problem between citizens and cultural spaces, either because of the lack of culture in education or because of the decadent participation associated with the lack of tools, but this is also the result of an economic conflict that must be faced by institutions and artists: labor precariousness.

For the love of art

During the last few weeks various institutions and cultural workers have participated in town councils in search of solutions. Ignacio Achurra, president of Sidarte,, commented on one of these opportunities: “There is a phrase that has done us artists very bad: work for the love of art. Indeed, it points to a conviction and a love for our work, but we are workers and, therefore, we have to aim to generate the conditions to be able to live from our work, because to the extent that we can live from our work we can also produce better art and that is a good that helps the development of society as a whole.

With respect to production, Zenteno believes that it is necessary to expand the fiscal coffers or funding for cultural initiatives beyond the competitive funds: “They generate competition among organizations, disintegrate the participation of those who do not know how to apply or have access to this information and produces that it is always the same ones that are awarded the funds.

For the institutions the primordial thing is to guarantee stability. The national budget law covers less than 40 institutions and most are in Santiago. The municipal cultural centers depend on whether the mayor provides financing and the competitive funds, as has already been said, are risky, depend on demanding self-management and basic expenses such as water, electricity and salaries are not contemplated.

“For example, the Valdivia Film Festival has been held for more than 20 years and is a space through which public policies are made and it deserves it: it builds publics and decentralizes culture. So, instead of the State making its own initiatives, it should support what is already working,” adds Bárbara Negrón.

The director of the OPC says that for artists a set of tools must be reinforced: “Copyright is not respected, especially in the case of visual artists. Fee payments are relativized. You don’t ask a plumber to work for free, but you do ask the artist to work for free, but the artist is paid less, and this is influenced by the value of society: you value little, you buy little. The Chilean artist is highly trained, studies as a doctor but earns as a seasonal worker and there are few artists who sell abroad at inflated prices, while the vast majority are given away.

The artist should be able to develop his work, even in minimal conditions that are not given today, but what benefits would it have for the community if culture and art were no longer exercised in a precarious way? It’s hard to imagine, you have to live these changes, says Barbara: “art is like education, you enjoy it while it’s a vehicle of formation and meaning.