Along with the gloomy breakage that suffered Chile after the putsch in 1973, things like the artistic life and politic manifestations (opposed to the regime) tried to be silenced with exile, jail or dessapearing, without success fortunately. Because, in an environment which looks for chasing and punishing always charcaters shrewder than the pursuer. CADA (Colectivo De Acciones de Arte) is the most iconic interdisciplinary group that used visual arts to express a politic discontent working in the shadows in broad daylight.

In 1979, CADA was born as part of what Nelly Richard would later call the “advanced scene”. In the first instance its members would be: Diamela Eltit (writer); Raúl Zurita (poet); Fernando Balcells (sociologist); Lotty Rosenfeld and Juan Castillo (visual artists). However, this group received and saw many members from different disciplines leave during its term. 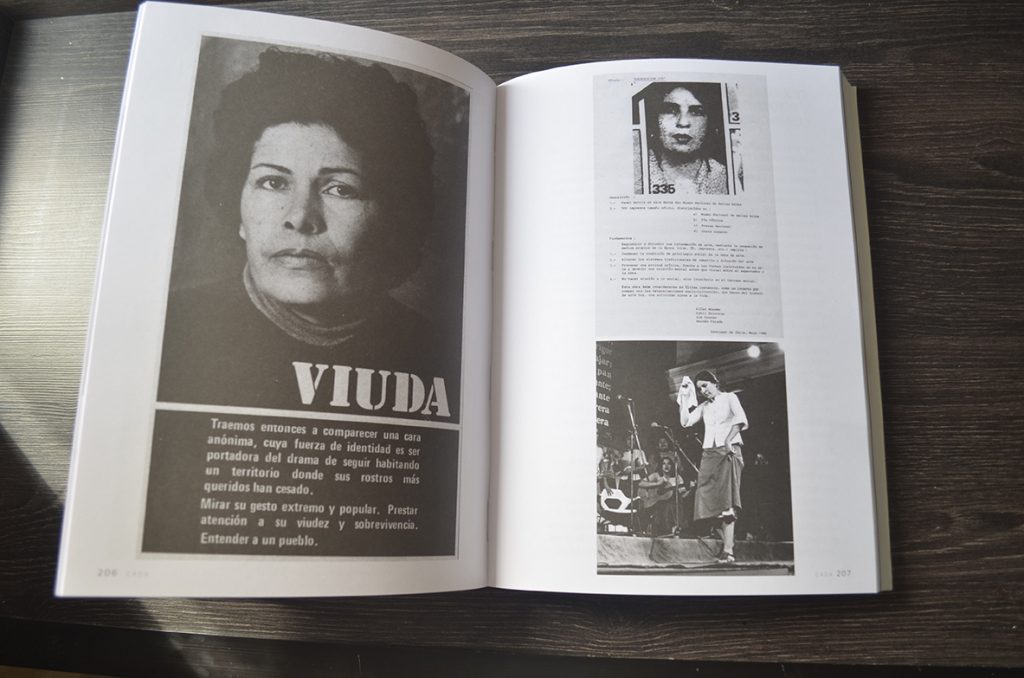 Because it is the iconic collective and indispensable reference to understand the history of visual arts in Chile, it is that its legacy has filled myths with the nebulous information we had so far about it. The book “CADA Archive: Practical Cunning and Common Powers” is the project that pays a painful debt to the artistic history of Chile, sharing the archive with the public, demystifying CADA and creating new possible reflections. This book is not an academic text that refers to CADA, but it is a collection of archives of the time, records, photographs, etc. They speak for themselves and present themselves as a very valuable material for those interested in history, visual arts or archives. At the same time the authors of the essays present in the book work with these documents for their reflections.

The first part of the book shows us the institutionalization process of the CADA archive. The documents of the CADA had been kept since the eighties at the house of Lotty Rosenfeld, but in 2011 and 2016 it is that a group of researchers from Red Conceptualismos del Sur (RedCSur) began the process to constitute the CADA archive with such documents and prepare them for that were welcomed by some Chilean institution. This process ends in 2016 when a donation agreement is signed between Lotty Rosenfeld and Diamela Eltit with the Museum of Memory and Human Rights. However, in the book we learned that other institutions were interested in owning the archive, such as the Reina Sofía Museum and the MNBA, but for various legal or technical reasons it was not specified. Both this book and the RedCSur management seeks to make the archive available to people to reverse privatization and dispossession logics linked to a context marked by the precariousness of archival policies in Latin America. This is why it is also made available through the “FILE IN USE” page (http://www.archivoenuso.org/cada/accion).

The second part consists of reads from the archive, seeks to critically review how CADA has been inscribed in local and global historiographical accounts regarding the art/political relationship. The primary intention of the texts found in the book is to propose a writing that intensifies the contextual inscription of artistic actions, as a critical gesture against its possible fetishization as a value of change in the art market.

In addition to this it offers a large documentary dossier organized in six common notions: Ardid artistic; summons; compositions and recompositions of territories; hunger and life; reflux of the imaginary; artistic textualities and knowledge production located. 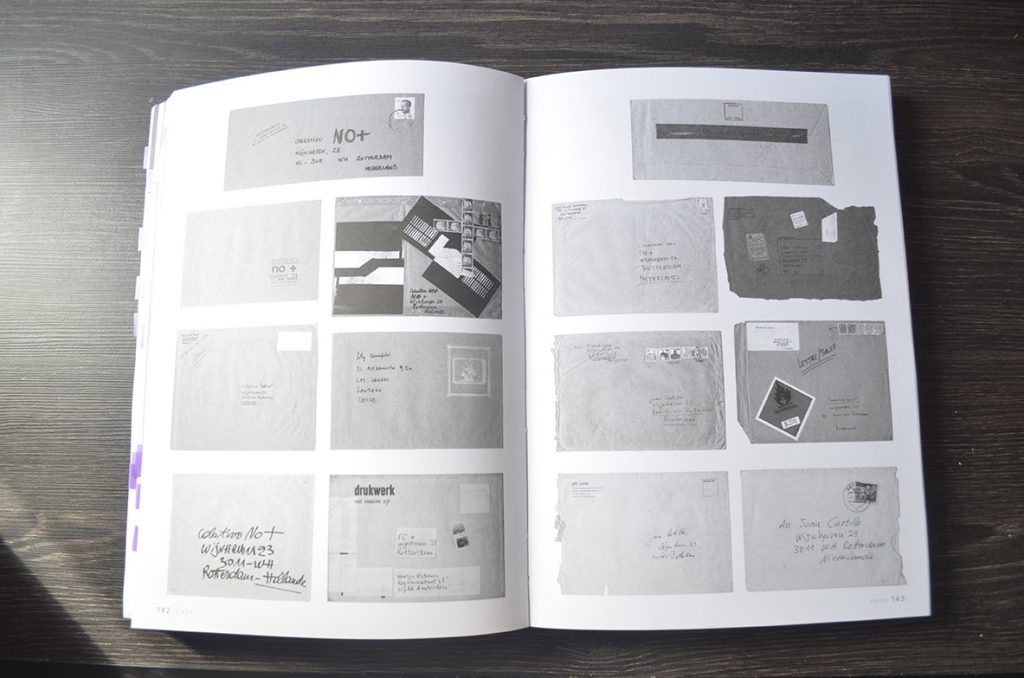 The third, and last part, consists of three critical essays, the first by Paulina E. Varas is responsible for decentralizing the notion of CADA as a group of only 5 members, raising a reflection from the micro-politics of groups and resonances generated by the interpellation of some documents domiciled outside the physical archive. The second essay written by Fernanda Carvajal and Jaime Vindel, puts the focus on the actions less referred to as “The brightness of the strike”, “At the appointed time” and “American waste”, whose trace in the archive is interrogated from the forms biopolitics of neoliberal governmentality that were installed during the dictatorship. Finally, the third text written by Javiera Manzi traces a genealogy of NO+ as an intervention device, from its constitution as a CADA action to the present.

The cunning resistance of CADA and its monumental documentation are collected in this book and presented to the reader in a very attractive way, its three authors (editors): Fernanda Carvajal, Paulina Varas and Jaime Vindel, give us a multitude of looks and reflections. Ocholibros publishes this ambitious project that is at the same time a book of art, of history, of archives, of politics, of resistance, as was the CADA for the development of art in our country.