Mapocho, the nobel by Nona Fernández, uses the terrotiry in which the narrative is written to let the rumors that emerge from the inhabitants to be seen, the interdict becomes stronger in the corners and is getting the reader closer to the surface of what is fantastic, which pervades the whole Chile History. The definitive edition of  Mapocho is just launched by Alquimia Ediciones, and Arte Al Límite invites you to read (or reread) the novel winner of Municipal Prize of Literature of Santiago where the stories of the dead that drags the river talk about a story left out of the official history books, a story of incest and severed bodies hidden under the carpet or the bridges of the Mapocho river.

La Rucia (the blonde girl in Spanish) floats in the Mapocho, looks for her brother the Indian, carries the ashes of her Mother. Faust writes. They are the characters of Mapocho, the inhabitants of a Santiago where death is a lie and local secrets are uncovered with fiction.

The House is long like a snake, like a river, the country too. These are approximations to the territory of the novel that standardize private and public spaces in the torrential figure of the Mapocho and in the scaly mystery of the serpents. The Ouroboros, ancestral symbol of the snake that devours itself, is present in a cycle of death that is repeated in the history of the country, on the riverbank. It is difficult for La Rucia to remember where the House is, the abode of her childhood, but the strategic location of the “poto de la virgen” (the Virgin’s butt in Spanish) on the top of the San Cristóbal hill gives her a close reference that allows her to keep looking. The grandmother, saint of the rooftops of the neighborhood, had given her that sign so that she would remember her if she was lost. After years of living in the old continent, the Rucia uses her grandmother’s memory to guide herself in the city she does not recognize.

The house and the state are homologated in the metaphor of the dictator Ibáñez, where each room represents a social segment, the maids, the workers, the crazy ones; The nation is like a big family who lives in the same house. 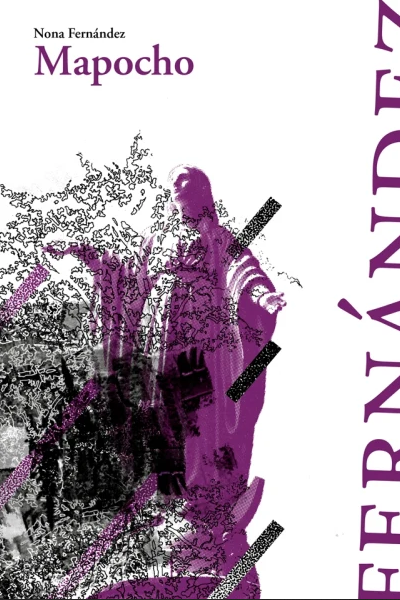 “The devil Ibáñez is going to take the girls out for a little walk,” says a verse from the song La calavera amarilla by Juan Ayala. In this song by the founder of Juana Fe we can see how the update of the story referred to by Nona Fernández is around the Chimba neighborhood. The whole album Con los pies en el barrio by the singer-songwriter revolves around the neighborhood beyond the river, the history of the settlers and the territorial identity.

In Manifiesto, hablo por mi diferencia, Pedro Lemebel also mentions the train in which Ibáñez got rid of the homosexuals:

“They will make us to take a train to nowhere

As in the general Ibáñez vessel

Where we learnt to swim

Nonetheless, nobody came to the shore

That’s why Valparaíso turned off their red lights

That’s why the houses of Caramba

To the faggots eaten by crabs

That year which the Human Rights Commission

And the transvestite military leader, denies everything before his soldiers, orders to arrest and disappear those who allowed him to sing to Gardel wrapped in a colored scarf, mounted on heels, scented as “one more crazy lady”, and thus continues his work of “Clean” the country. In the present of the novel the train of homosexuals is heard departing every day, like a gloomy Ouroboros that does not finish devouring itself.

There is also a relationship with the novel El obsceno pájaro de la noche by José Donoso in the Chimba neighborhood, since it houses the House of spiritual exercises of the incarnation of Chimba, which ends up being the home where wealthy families fall apart of the maids who dedicated their lives to serving them. In addition, the name of the writer repeated on the backs of books on the shelves and the writer –Humberto Peñaloza- obsessed with having all copies of his editions; They are motifs present in both works. In Mapocho, Fausto has the shelves of his apartment at the top of the glass tower full of the editions of his History of Chile, in its many varieties.

There is also a treatment for the otherness of the Chimba, since the other side of the Mapocho is almost a different Santiago, a poor city from where you can see the back of the virgin of San Cristóbal. The Santiago split by the river that must be connected by a bridge of one million egg whites, union made by the Devil himself, inhabitant of the Chimba. A fallen bridge that returns as Leviathan, cataclysm, end. 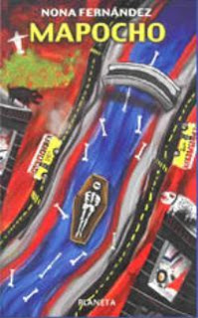 What the spaces say and what can be seen between the words and stories that the people who inhabit these spaces refer to, have in turn a relevant role in Mapocho. “The orphanhood of the rumor is what allows any subject (potential enunciator) to print their marks on it. This is how Nona Fernández appropriates what they say and uses it as a deconstructive lever that cuts the bloodletting and starts the score inscribed in the History of Chile. ”Says Cristián Opazo. The rumor, the question, are children of anonymous parents, who travel through Mapocho gaining strength. They say that Ibáñez entered to the homosexual room, they say that the Devil lived in the Chimba, they say that Pedro de Valdivia abused Lautaro. José Donoso places the authors of the say in “the old ones”, they are the ones who repeat the old pun, they say, they say, who says, that drags the rumor of the inherited curse, the formation of the identity of the nation acquired to through the unofficial rumor.

They say that the founding Father was gay, rapist, weak at the desire that is his cause of death. Pedro de Valdivia is seduced by the body of the young Lautaro and approaches him in the stables at dusk, he takes it as Neruda takes the women silently. Then Lautaro rebels, organizes the Mapuches and split the head of the conqueror. Fausto writes this story and rejects it, leaving it out of the official story that will be part of the volumes stored on its shelves.

Among what the Mother does not say is the incestuous relationship of La Rucia and the Indian. The severed fingers that grow in a pot remind La Rucia of the Mother’s censuring power in her life. The relationship -sexual tension- is necessary as it makes obvious the duality of the conformation of the Chilean nation, a Rucia that represents the European side of the inheritance and an Indian that personifies the indigenous heritage of this mestizo people, therefore the their history is the history of the whole nation, a tacit incest in the continent of the people with no parents where all are relatives of all (no one can be sure of the opposite) and they do not inherit history because, like the rumors, nobody knows where they come from. You can only know through what is said, and in this case the nation has worried that who says being Faust, official voice of history as it should be said. Faust the absent father, the voice of the state, another Ambrosio O’Higgins sending money for his progeny.

“I was born damn.” This is the first sentence of the novel. The power of the word to charge the life of La Rucia with meaning is present since the first statement made in Mapocho. Charge with a destiny, an agon superior to her. It is that the fantastic in the language runs through Mapocho from its first lines. It goes on like this: “From my mother’s pussy to the drawer where I now rest.” La Rucia, already dead, begins to tell us her story, doing justice to the heading of La amortajada by María Luisa Bombal, longing for rest and understanding what happened in life. After her accident La Rucia, drifting, also wants the second death: the death of the dead. This fantastic territory of post mortem enunciation so present in Latin American literature is updated in Nona Fernández. The dead think, feel, interact with the world of the living because “death is a lie”, like the death of the father of the Indian and La Rucia.

God touches the kultrun to create the world. Light is made when your lips emit the first word. He is a god who has body – lips, hands – and indigenous customs. Then the father reverses a story by Eduardo Galeano in which humanity is born from a piñata, and human beings dream of a god who dreams of men. Fausto thus enchants the children of the Barrio, with stories, with the power of his word. For something he is a magician. His fantastic word is capable of modifying reality.

The father is a magician (prestidigitator), storyteller (from Chile), burned (lie). Faust the historian is not the same Faust who sells his soul to the devil in the history of Goethe, rather he is an old man on the verge of suicide, locked in solitude and in resignation of sending money to the absent woman, locked in History of Chile that he wrote on request, accepting the censorship of those who pay his salary. Accepting the house at the tip of the glass tower that was erected where the villagers and those who played ball were burned. In a way he sold his soul to the devil, his soul as a novelist, he gave his creative voice to do a revised research work by “they”, the censors to whom he is accountable, the editors of the nation. The fantastic curse that creeps from the colony is present in the horse-headed who ask the historian to do justice to their stories. From that death, from throwing himself into the void, only the Indian, his own (dead) son, saves him. The condemnation of the conquest is also referred to in the author’s previous words, “Shit spell” is the name of the preface where Fernandez ventures the existence of a fantastic cause for the failure of the happy copy of Eden.

There is a constant change of narrator. From you to me, to her. Change the person of the sentence paragraph by paragraph, from omnipresent to character, to witness, with partial or complete knowledge. La Rucia tells her own story knowing that she is dead and knowing that she does not know she is dead. The Indian tells, tells his father, tells “Nona” omnipresent-ordering. Like crossing the river and changing the city, Mapocho goes through the narratives in a similar way to those who walk through the rooms of a house and replicate what they see in each room: children, workers, mothers, footballers, grandmothers surrounded by cats, etc. Everything is registered in the neighborhood and written in the novel.

We saw how these three levels of the narrative in Mapocho intertwine to give an account of a conception of space where everything real is not only what the eyes see, the spaces keep meanings maintained in the tradition of orality by anonymous figures. The deaths and killings are repeated cyclically around the river, but the dead do not rest or cease to exist because they have another history of Chile to tell. And the Mapocho is not the “brown river” that divides Santiago. It is the Mapocho dragging corpses, crimes of state that forged (“cleaned”) the national identity. Here no one has swept under the carpet, they simply threw the bodies in the flow. And the dead remembered his life as they flowed to the sea.

Book | Maraña, the complex overview of the young Chilean poetry.