The voluntary service of Damas de rojo (ladies in red in Spanish) has a problem: the president suffers from Alzheimer in an advanced state and she can no longer do her job. However, the respectable woman is getting used to saying things she shouldn’t, about infidel lovers and stolen babies. Is La dama de los Andes (the Andes’ woman in Spanish), a dark comedy where oblivion and silent are running to win the last race for justice. 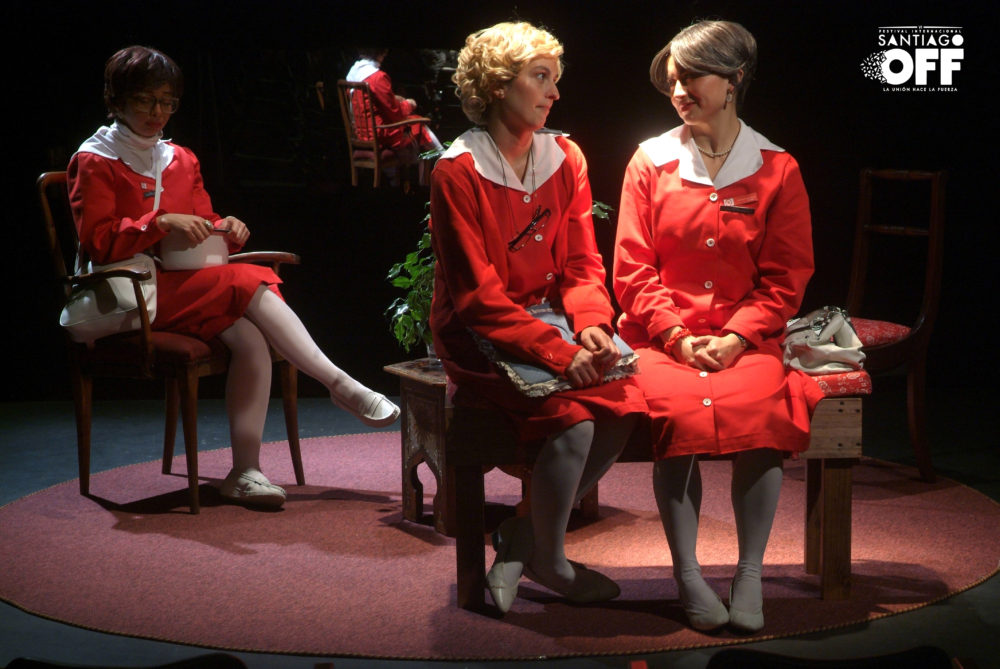 At the beginning two women talk while a third weaves, they change the subject and continue a conversation in a cynical tone, one after another, they talk about the president of the Ladies in red, the woman weaves, her husbands, cross stitch, the disease of the president, sticks stick, it doesn’t matter if the other lady in red listens, her mind is gone, absent beyond the fabric. But no. Her voice is presented as a shout of denunciation, she points her accusatory finger at the vice president – Teresa – whom she calls a prostitute. Teresa shouts in the sky, hysterical walks together with her hands up, really misplaced by the imprecations of a woman who talks about more without knowing, unless she has heard something … She asks “Did you hear something” and she replies “I heard it was OPEN AS A GATE”.

The institution where the protagonists of this story volunteer, The Ladies in Red of the Andes, has a sense of timeless morality and religiosity. Straightness, they recognize, is a characteristic of the staff that influences the increasingly desperate search for new volunteers to join the ranks. They are active senior citizens and the service has become an integral part of their people, but they fail to add young people to participation. They age and discover that the body is not eternal, that the mind wants to rest after years accompanying those who suffer. The uniform is not forever. Perhaps the only perpetual thing in their lives is the pilgrimage on the way to the sanctuary of Sister Teresa of the Andes.

A way full of motels. 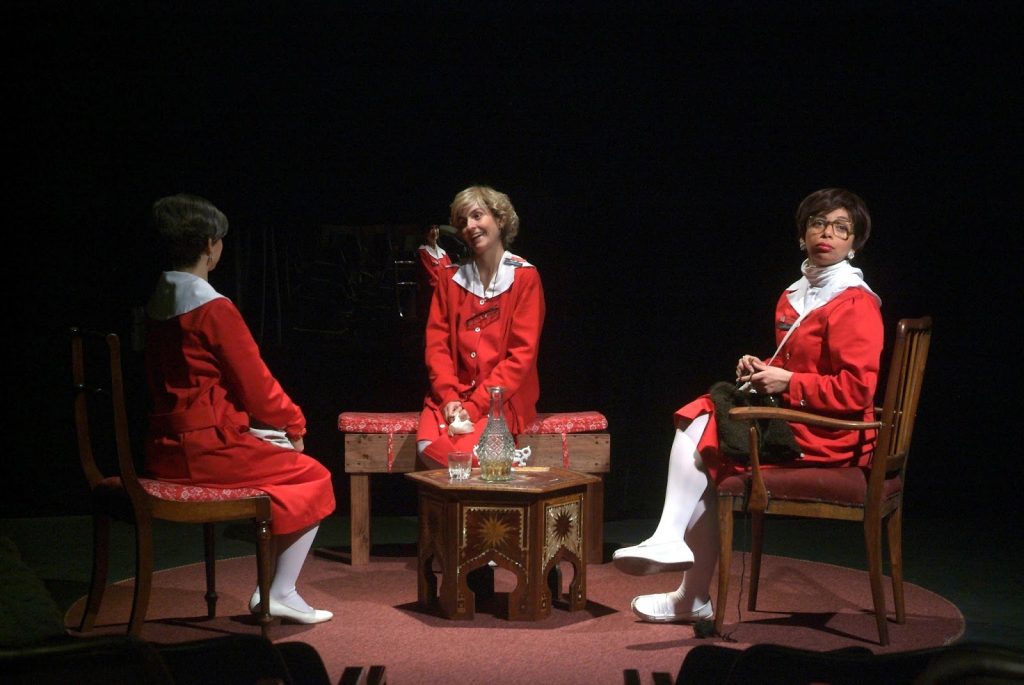 Laughter and hidden love of the moral code of the Ladies in red follow each other until the appearance of the saint. That is the moment of inflection in which the rawness of recent history becomes important for the play. Sister Teresa appears to Teresa, who advocates for the helpless. The volunteer thinks of her husband, who was a colonel, she went on a pilgrimage with other uniformed wives to the sanctuary every year, and continued the tradition even after the death of her husband. The saint appears just to her, who is the lover of the doctor and director of the hospital, the husband of her volunteer partner Genoveva. But the appearance does not want to talk about the infidelities that complicate her, she comes to talk about the truth, about a baby who became an adult and seeks information about her missing mother.

As vanished as the president’s memory.

The president is a woman whom fear silenced for a long time. His volunteering extended beyond the reach of the red apron. Her mission, her personal sacrifice, was of a greater and riskier commitment than those of her mates. However, her crusade of love risks losing herself in the silence, among the fear that she did not find a moment of lucidity to be defeated.