Eclipse total is a collective created book that gathers 14 writers who participated in the literature workshop carried out in La Chascona also known as LEA, by the Writing Lab of the Americas. Launched on last August 28 at Neruda house, located at the foot of the San Cristóbal mountain, the book is a creation of the astronomical event that amazed Chile with the conjunction of the stars. Saying recreation we mean a re-imagining all what the darkness covered, full of poetic prose and visual poetry.

“”Steel axes that speak of poetic axes, of meeting points for the solitudes that understand poetics from the soap operas that marked the transition of the millennium”

Following the development of the facts, the book has the stages of the celestial phenomenon: annunciation, development, apogee, closure. In the more than 100 pages of the publication the moons plague the pages, crossing texts, drawings, looks; causing the feeling that the event is repeated, that people have their eyes covered with darkness to appreciate a great light, a new and brief light. 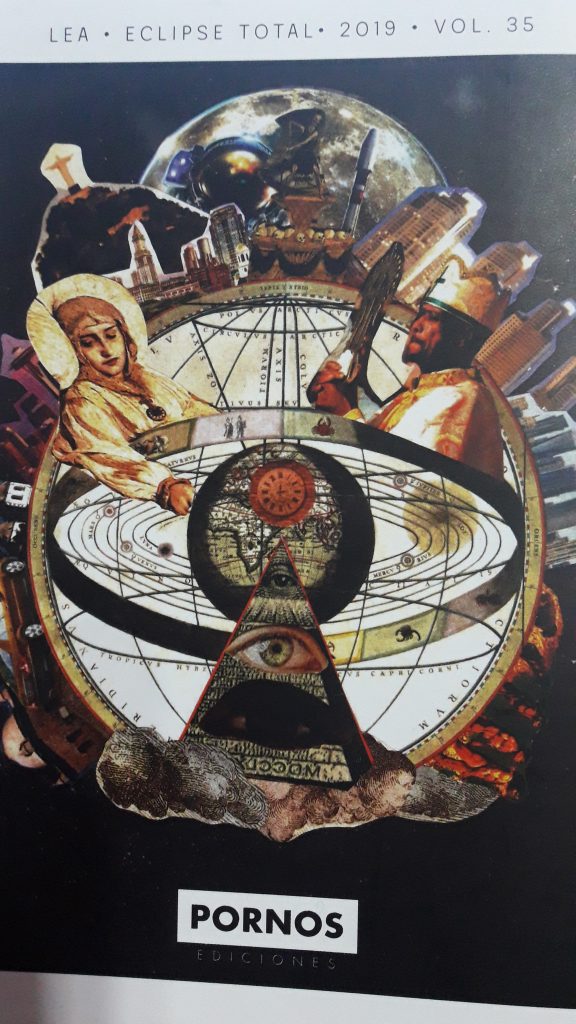 The 35th LEA workshop took place between May and July of this year, was coordinated by Tamym Maulén, Ninfa María and Felipe Díaz as a proposal of scriptural anti-seism, hence none of the texts in the volume record the authorship, although the names of the workshop facilitators on the back cover stand out. That is, inside they were all united by the eclipse.

In the publication of Pornos Editorial there are romantic texts, scenes of everyday city disrupted, texts that emulate the visibility of the only terrestrial satellite, surveys to determine the type of poet that is the reader, and a varied range of lyrical games that constantly discuss the concept of consistency that is imposed on poetry publications, giving space for several types of typography in the same writing, images embedded in the middle of the poems, or texts inserted in black circles that mimic the non-visible face of the moon. Just like the cover, the interior seems to be a poetic collage.

Who sees the eclipse more? Who is more or less a poet? Why did people sing the national anthem during the two and a half minutes of the event? These are questions that are not intended to be answered, but are raised again and again with playful lyrics that could well be antipoetry. Or an opposite side of poetry. During the launch of the publication, which filled the Estravagario Space of the Pablo Neruda Foundation, it was sung and danced Con suavidad by Jorge González. The workshop workers were dressed in white masks with elongated features, reminiscent of the deadly group of the film Les garçons sauvages by Bertrand Mandico. The “National Hymen” was also sung a breakthrough version of the national song, which reads “And the murky water that makes us sick / promises the devastating future.” A look at La bandera de Chile by Elvira Hernández is enough to understand how the light of this poet extends over this generation, which star never eclipsed. 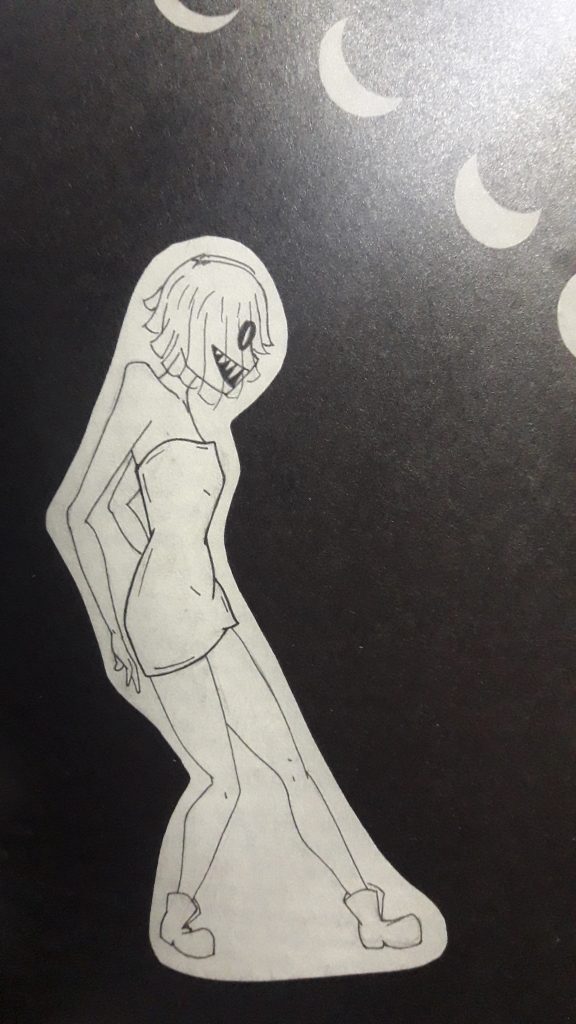 Another constant of significance in Eclipse total is movement. The dynamics of cities, people and satellites are rethought numerous times. For example, the lunar movements that are known as librations are rethought as liberations, in a text that encompasses the mechanics with which time and celestial displacements are tried to be measured, recalling the astrolabe that appears in the center of the book’s cover and the rope clocks, steel axes that speak of poetic axes, of meeting points for the solitudes that understand poetics from the soap operas that marked the millennium transition. It reads “Poetry is what remains after seeing all the soap operas of the two thousand phenomenon and contrast them with daily life.” See also the references in the poem La única “to move inertially / until you find joy in it, and wander at the end / to the beat of a centrifuge / to the cadence of the bodies / to the sway of the lungs.” The continuous reflection on the revolutions of the stars that arises from the armillary sphere of the cover are reflected in brutal traffic accidents, in disappointment before people who do not want to interrupt their routine to appreciate the sun for two minutes, in a spirit of revolutionize a country that has lost its capacity for wonder at simple things and say “We will sell expensive / cheap dignity.” 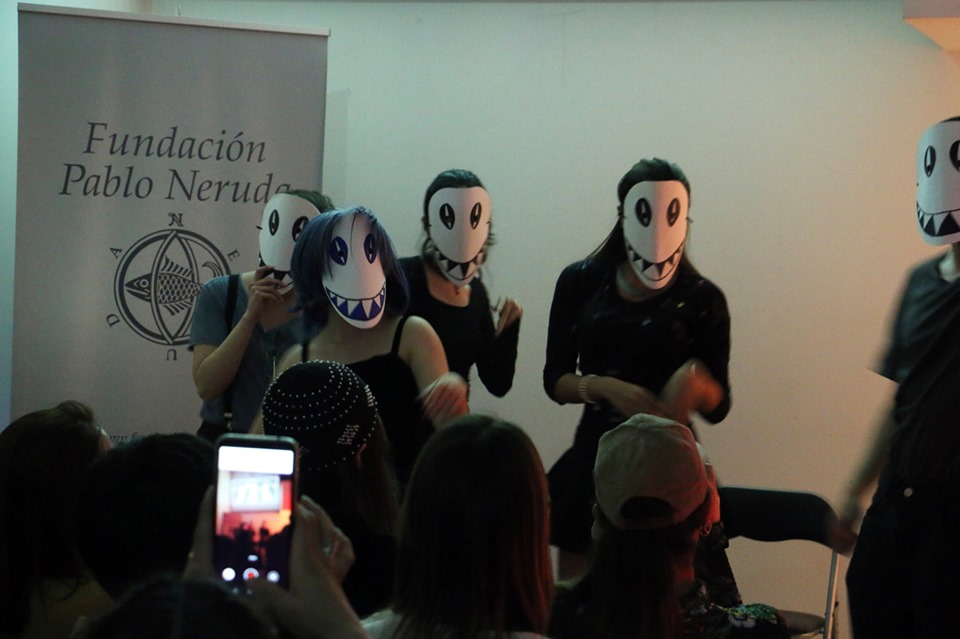 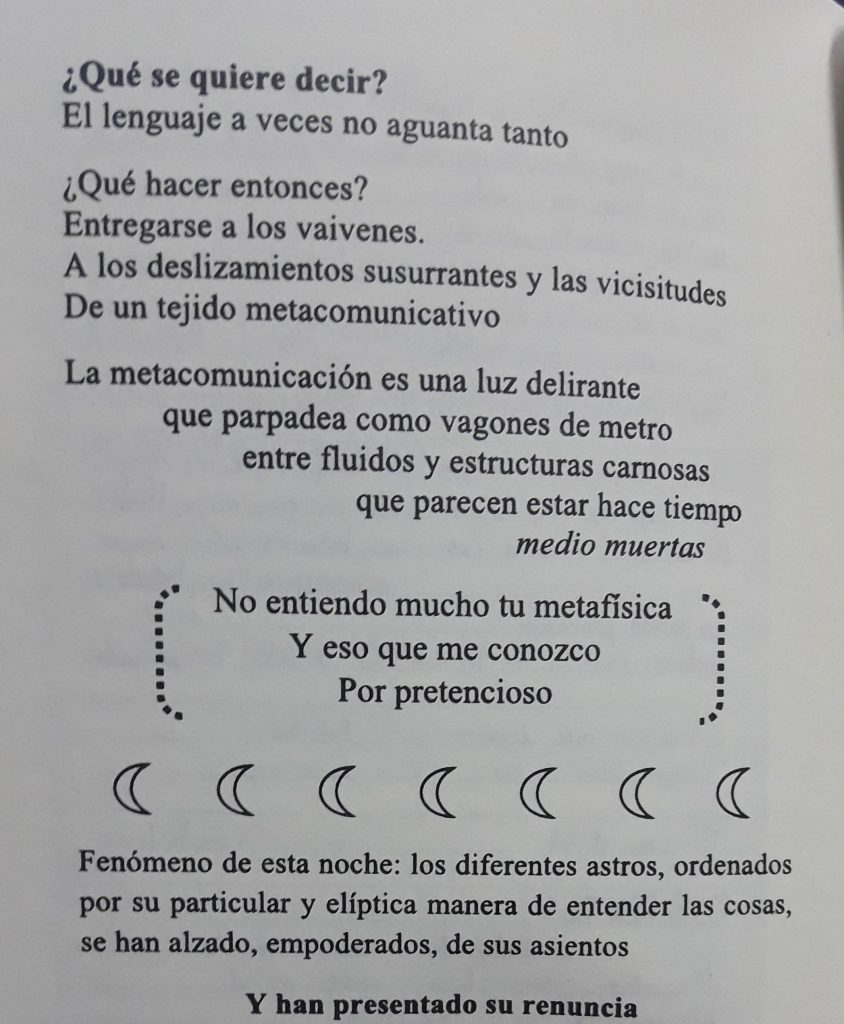