La Corrupta (The corrupt woman in Spanish) theatrical play as fun as exciting. A review and daring of the transformist Guido Bustamante, who attended a parish and was know in the Castro’s nights as “La Corrupta”. Performances until August 30 at UDLA theater.

“She is so good, she could be a saint”

The play is a trip to the south of Chile, to the big island of Chiloé, where the potatoes, the wood-burning stoves that heat the home around which the mate tea is taken and the accordion that accompany the nights of the islanders. From there a mother leaves the mist to talk with her son. He insists that I tell him daughter. Defined as one of the poetic elements of this staging, the encounter between La Corrupta and her mother is posthumously, because it is she who receives her progeny to tell her that she has perished, that this day is her wake and the party that Begins is your last celebration.

Another scene. The circus visits the city. The artists rehearse, laugh at the transvestite dancer who can’t follow the choreography. They are cheerful young people with acidic languages, willing to criticize anyone for being too little or believing the opposite. And when Guido asks for a space to present himself, before earning his name, he is received with that acidity. Here is a view of the job opportunities for the transvestite community, a street language that strongly reminds of Pedro Lemebel’s work, and also the mutual support between artists, rehearsal hours, costume suggestions spoken cruelly but good intention. Before the performance there are not so many laughs in the circus, but the sympathy and innocence with which La Corrupta one appears opens doors and hearts. 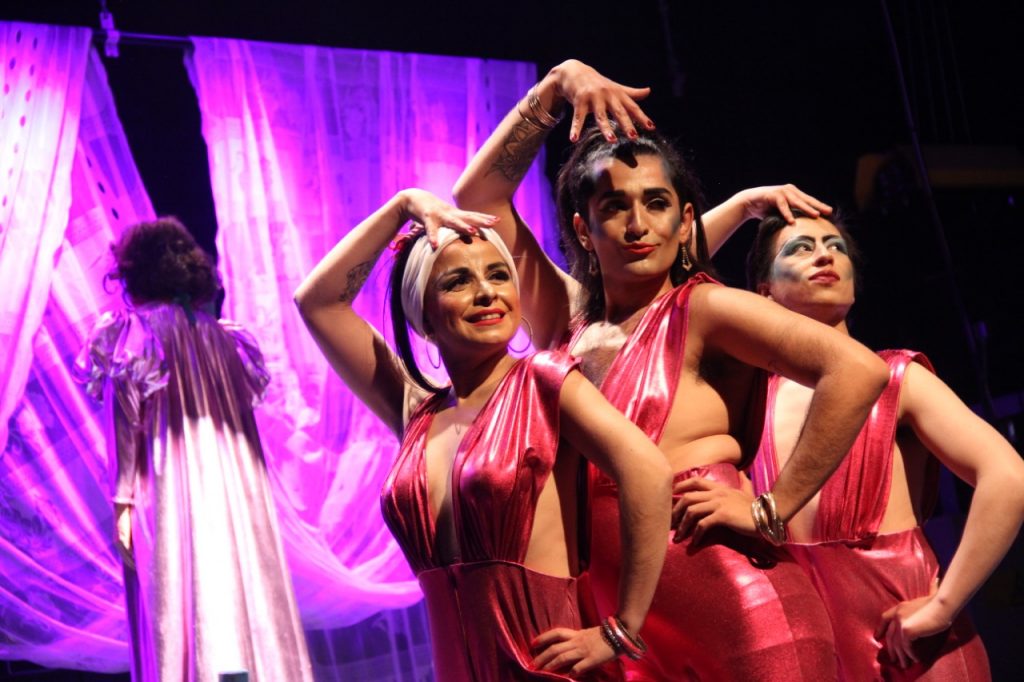 Starring Maureen Junott, La Corrupta is based on real events that seem out of the purest fiction, it is a narrative that exalts the figure of Bustamante as a person capable of breaking molds in a city of customs, going to church and working in the circus, of making lipsync and givivg toys to orphaned children. They said that La Corrupta could well be holy. Also in the cast Sebastián Ayala (El Reempazante, Michelangelo’s passion) stands out, as a first love that leaves a trace of loneliness in the protagonist’s smile. In total, 5 actors on stage and two musicians, who give joy to the gestures of the transformist and play the accordion when you have to sing happy birthday.

Directed by Alex Córdova. La Corrupta has plays until August 30 at the theater in Universidad de Las Américas. 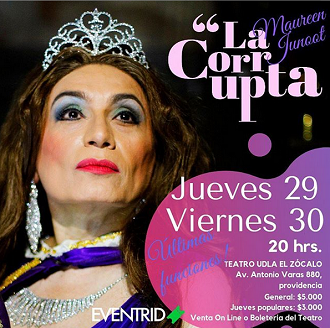 “… and suddenly a memory’s metaphor”