A University student walks to her college; fascist, fascist! yells are heared, she stops to see the police taking a student by force. They passed by her side, keep going while she mingles in the crowd. She is safe. The previous day she participed in a terrorist attack to overthrow the dictatorship imposed in Brazil, an action lead by Carlos Marighella. The movie titled as her name is a gaze, in charge of Wagner Moura, to the revolutionary and poet’s life who ended up being the enemy number 1 of the country.

-“Such a great lecture you gave!

-I wanted to reach all revolutionaries’ hearts.

-I am sure with that voice you reached their hearts and their underwear.”

The film had its premiere in Chile in the framework of the 15th edition of Sanfic, the film festival that had as special guests the directors Wagner Moura and Gael García Bernal, who presented his film Chicuarotes. It was a full-room show that got a round of applause from the audience at the end of the screening. Marighella is a fast-paced action movie, accompanied by a soundtrack that energizes the moments of extreme tension that the guerrilla struggle frequents.

Full of contrasts, the film follows the actions of the resistance group led by the poet, congressman, father, Afro-descendant and, it must be said, terrorist. In one scene we see the victorious conversation after intervening the radio signal with a speech, Marighella’s deep voice reached the whole country and they take the time to joke about the effect of her voice on the hearts of the revolutionaries. Then, in another painting they dance on a puddle in an abandoned building, they also celebrate. Later on, it is the intelligence military that forces them to dance on the water, tied to cables that transmit electric current. Revolution and persecution, joy and infiltration, a film of contrasts. 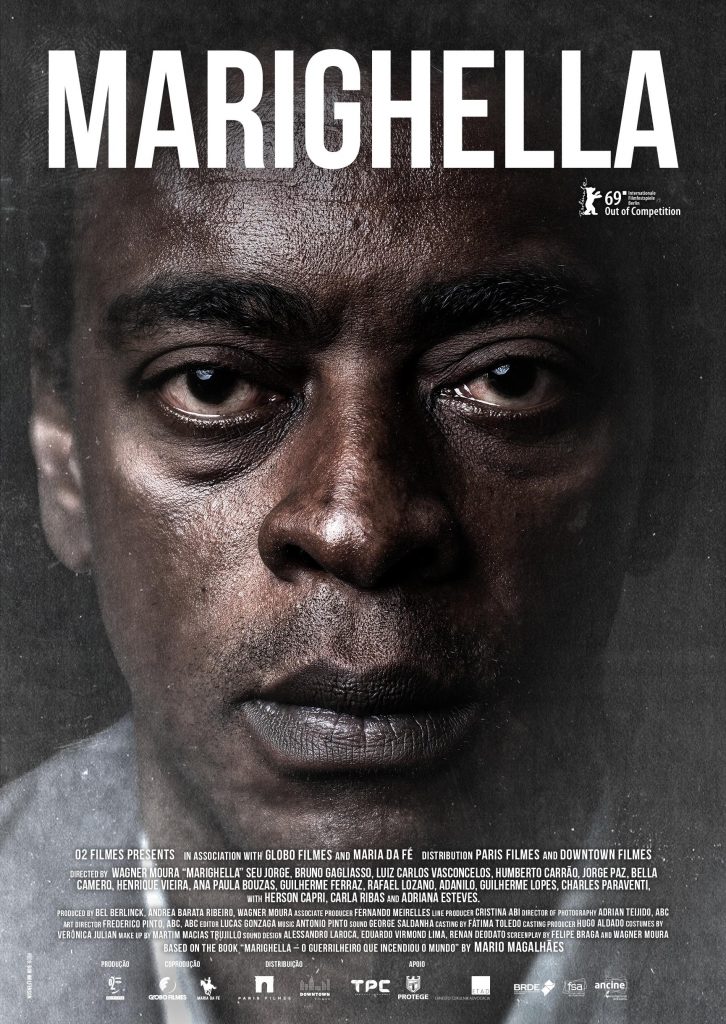