“I hope my practice would aid

to the develop of art as an institution”, Andrea Fraser.

I wonder, what would be your reaction if you came to the exhibition and find a big sale, between CLP1,990 and CLP39,000 for an artist’ sculptures, making the crowd, product of this atavistic trading anxiety, come and behave as they do in a retail store when they go for a trendy toy or the 4k tv set that increases in inches, forgetting completely that you are in the middle of the Galería XS, touring the collective sample called Estrategia realista, where the artist who are part of it: Adolfo Martínez, Nicolás Miranda, Alejandra Prieto, Nicolás Radic, Francisca Sánchez, Cristián Silva and Francisco Uzabeaga draw on realism to create a narrative structure that in the case of Nicolás Miranda, who decides to shock everyone poposing a different angulation within the sample Stockholm syndrome. It is a set of pieces that, in the first instance, forces us to be aware, once a set of sculpturas are made, where besides appropiating (such a captor) the portraits of an important amount of local collectors, uses its iconic quality to devalue its image as it were a fetish in the free market, with a record-breaking offer where the tradable event is transferred to social networks resignifying its signatory qualities, from the moment a sort of hostage exchange begins to happen, with which the disorder caused by this syndrome becomes extensive – through social networks – to other potential perpetrators and doers who see in the works a currency of exchange that acquire multiple faces, for their refractory action, which is pluralized after each person involved assigns their amount or re-reading, either from the sneer, the exorcising adjustment of accounts or from those who perceive themselves as unjustified victims of this commercial realism that, given the paranoia, becomes profitable.

Although the most significant of this syndrome lies not only in the commercial act, in the reversion or undervaluation of the fetish object, but in the questions that are triggered, when the gesture acquires mobility and potentiality from the ego and aesthetic seduction, derived from a paradox that makes the work immersed in this pragmatic-perverse game involve those represented, acquiring another value, since it appeals to a revision from the “otherness”. That is to say, to recognize the existence of a different other, whether artist, collector or gallery owner, beyond the own practices or demands of the artistic market, which sometimes confuses patronage with economic servility or the artistic fact with an occurrence without content. Distortion of a neo-liberal model in which Stockholm Syndrome, appropriates existing spaces, and not only limited to the location of a gallery in question, but as a temporary site-specific, which is added to a much more context macro, in this current Chile, whose engine is speculation.

“… devaluing falls on the object, activating a set of values ​​that ultimately becomes a mystery impossible to solve by those who feel alluded directly or indirectly, and who are pushed to join this role reversal …”

From that perspective, Stockholm Syndrome, has more to do with an inhabit or appropriation of recognizable elements and a camouflage of models that are replicated in perpetuity, which with a turn of hand or slap in cold blood tribute in an iconoclastic action. By the way, it is due to a political act that partly reflects our behavior around what it means to assimilate from the form those idiosyncratic fires that are represented both in commercial fetishism and in eccentricity itself, as a class sign to which is worshiped. Something that Nicolás Miranda calls into a question that confronts in my opinion the social, economic and political structures among the agents of art through a critical investment, consistent with other related visions such as those of Andrea Fraser, Louise Lawler, Daniel Buren Ivonne Rainer, Michael Asher and Hans Haacke, who use art as institutional criticism, which calls for reflection on what kind of art we want. Raising his voice as active agents of change, facing the prevailing cannibalism that exacerbates and turns so many pieces of art into a souvenir. 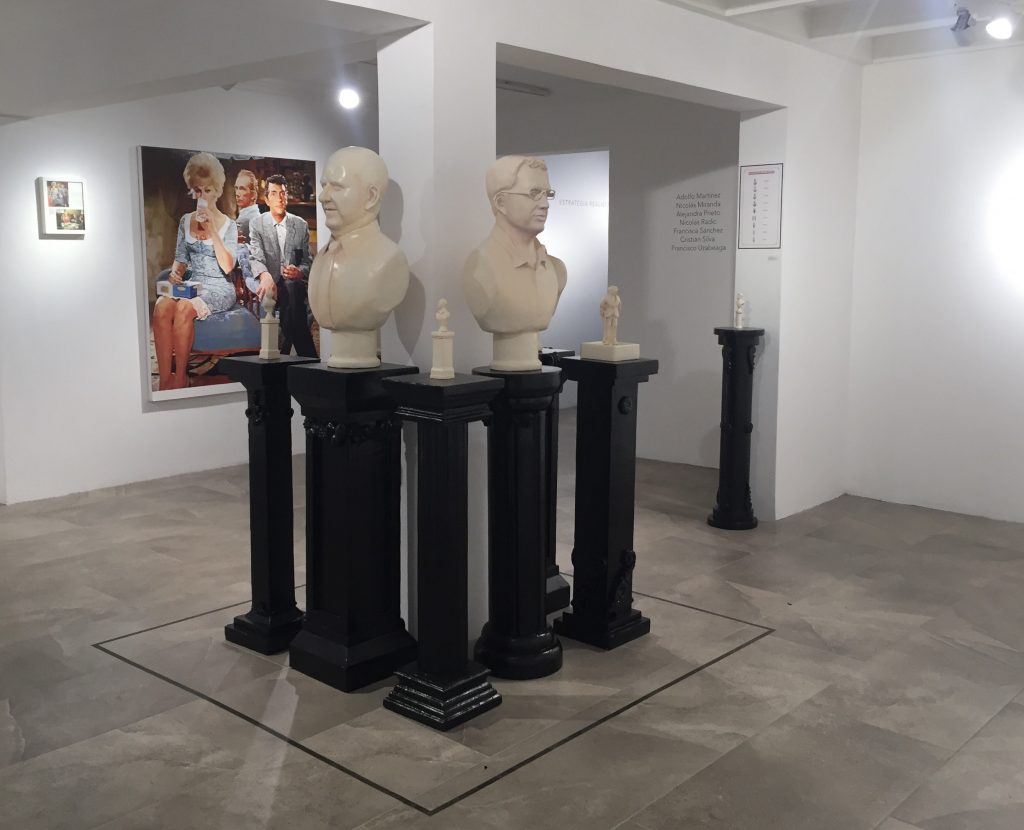 Likewise, it is also relevant to understand that the devaluation falls on the object, activating a set of values ​​that ultimately becomes an unknown mystery impossible for those who feel alluded directly or indirectly, and who are pushed to join this reversal. of roles where -in addition- other components that destabilize the balance and that result in the works of larger volume cost more than those of a smaller size, stop seeing that in the devaluation or, if we see it to the conversely, to give gravel surplus value and prevails in a desire to categorize or stratify, delivering a greater specific weight to one at the expense of another, metaphorizing what happens in the market.

It is not wrong to think that Miranda’s work is conducted against local collecting from a clear political position, which manifests through cynicism as a work engine, but at the same time wielding an underground arrogance, which demonstrates that the value of the rescue, It is not your sole responsibility but is the product of the speculation that is installed, also, in those who participate in this syndrome and the consequent disorders derived from it. 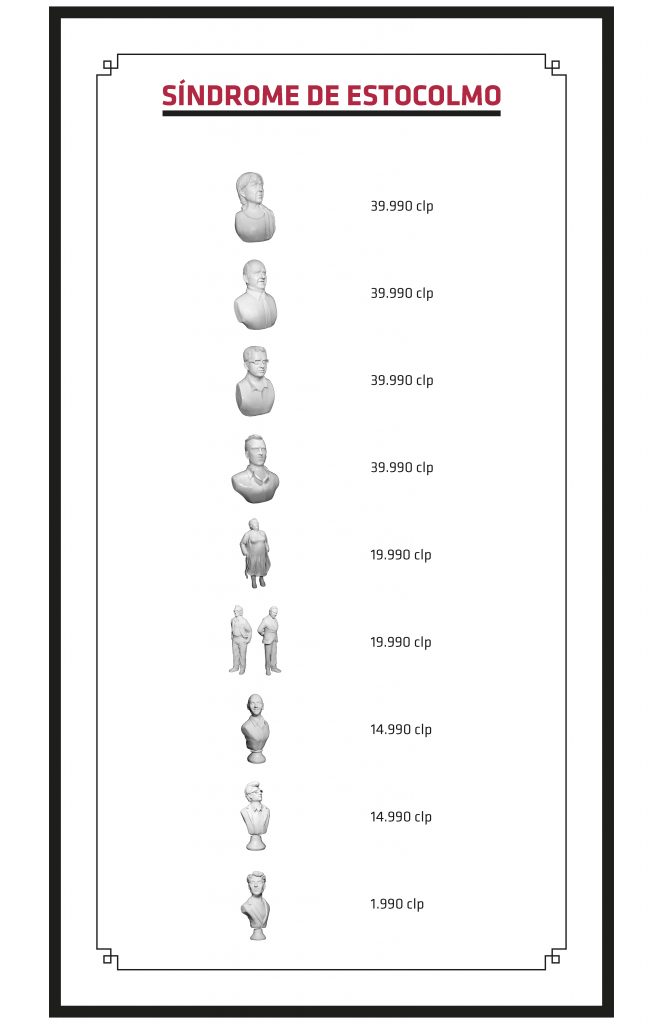 Cecilia Avendaño | Between the itching and the charm