The minister and the president of Chile attacked La agenda del diablo (the devil’s agenda in Spanish) in their last speech. It is a Chile of the future, where the water shortage forces theocracy to ration it. On the stage, four women pan an attack against the government in the name of feminism and other causes. Performances until Agusut 17 at Teatro Ictus’s La Comedia hall, the devil’s agenda comes to cause shock to everyone.

“-Do not drink water from the government, it can be poisoned. Take it from my water bottle.

-And how do I know that the poisoned one is yours?” 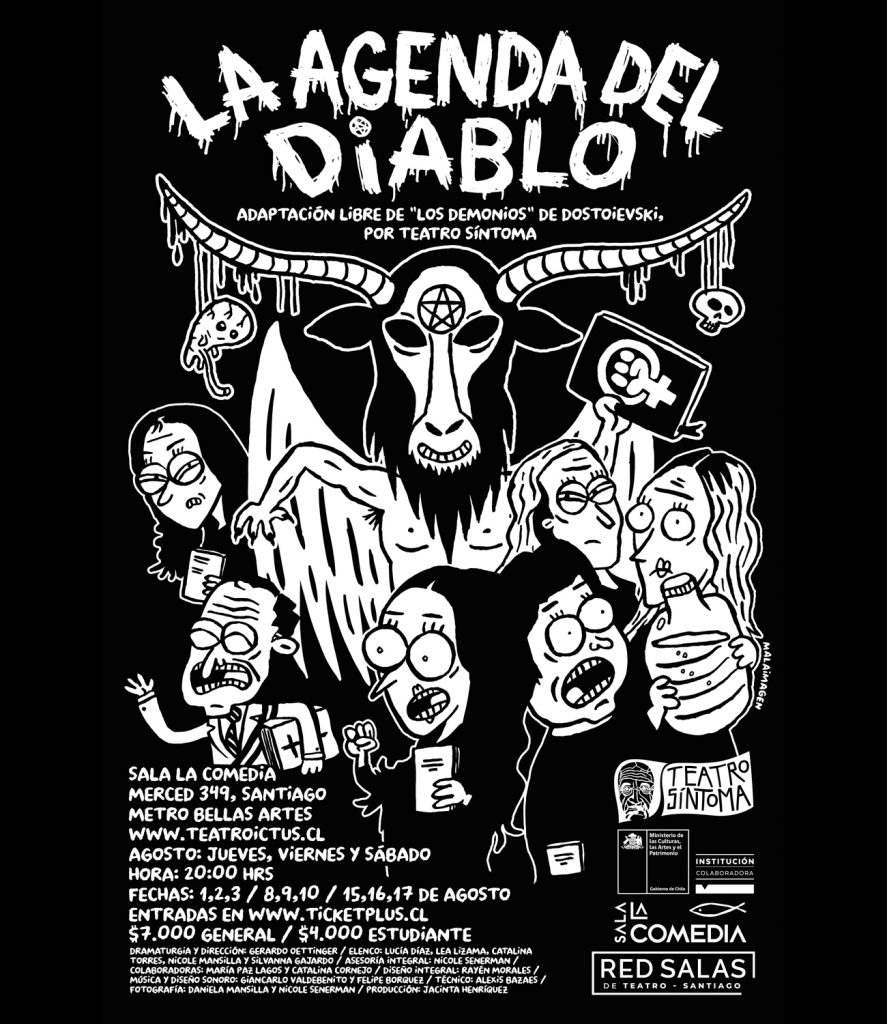 First three women. They pray, they praise God, they sing, they order their aprons. And in between, they whisper. They are part of a feminist, terrorist, abortionist cell and other things forbidden by the minister’s regime that guides Chile of the future. A country in which water has to be extracted in polar ice mines, where water scarcity has forced rationing, giving preference to the righteous over sinners. It doesn’t matter that people from villages are thirsty if those people don’t follow the word of God.

They are waiting for a fourth woman, the infiltrated star, the Minister of Defense’s daughter. Forced by her father and religion to marry the man who raped her. Mother of a child from a forced relationship. Heiress of great fortune. Rebel. Appointed the next resistance leader. They wait for it and shape the plan that will take them and the country to freedom. Everything happens inside a temple where bottles of water are collected that the faithful order. There they conduct a Bible reading workshop, fulfill their obligations to the party and the Church. And, when no one looks, they slip a double meaning, or a reading of the sacred text that invites to punish the enemies of God’s people with powerful anger.

Abortion forbidden. Divorce prohibited. Atheism, forbidden. The list goes on and on. Everything that may be in The Devil’s Agenda has been eradicated by the Minister and his faithful ones. And this terrorist cell wants to end the government that represses them. “It is the left that wants to destroy the Church to impose the devil’s agenda” as Ivan Moreira said to respond to one of the complainants and victims of Fernando Karadima. This phrase inspires the title of this work. Another inspiration for this play is “The demons” by Fiódor Dostoyevski, changing tsars for shepherds and other details. The result starts as a comedy, but the suspicion of betrayal brings the tension up to mortal levels.

“Can a clandestine feminist cell that does not know the rest of the resistance change the destiny of a country without falling into terrorism?”

Now, in the present Chile, where the media discussion about the 3 causes is not yet over, where religious leaders occupy positions of popular election, the devil’s agenda comes as an urgent reading of the national reality. A glimpse of the television of the future, to the news that will be projected on the televisions of a theocratic dystopia. And the alternative, the cell that fights for civil liberties, separation from Church and State, has in its entrails the certainty of a betrayal. Freedom fighters are not free to trust each other, because one of them lacks commitment to the cause. And that, if necessary, will be punished. 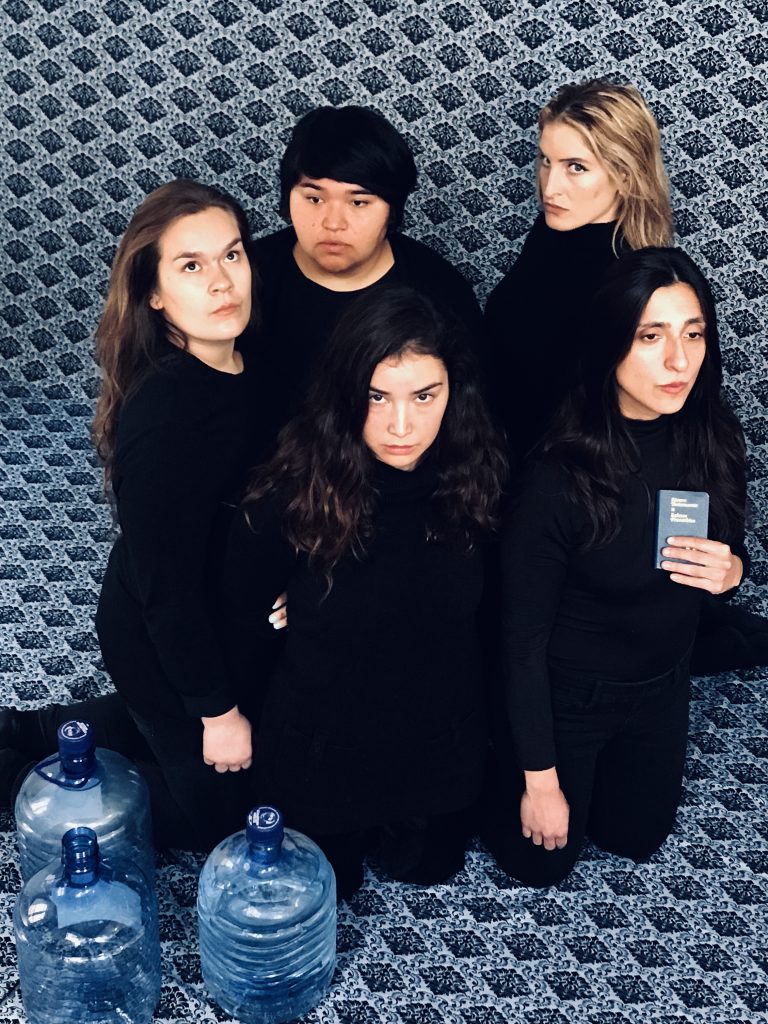 And who can commit to the cause if the plan to release is to kill the firstborn of the minister’s followers? Is it better to keep the life they lead? Is it a fight for life? Can a clandestine feminist cell that does not know the rest of the resistance change the destiny of a country without falling into terrorism?

Under the direction of Gerardo Oettinger, The Devil’s Agenda has performances from Thursday to Saturday at Teatro Ictus until August 17. 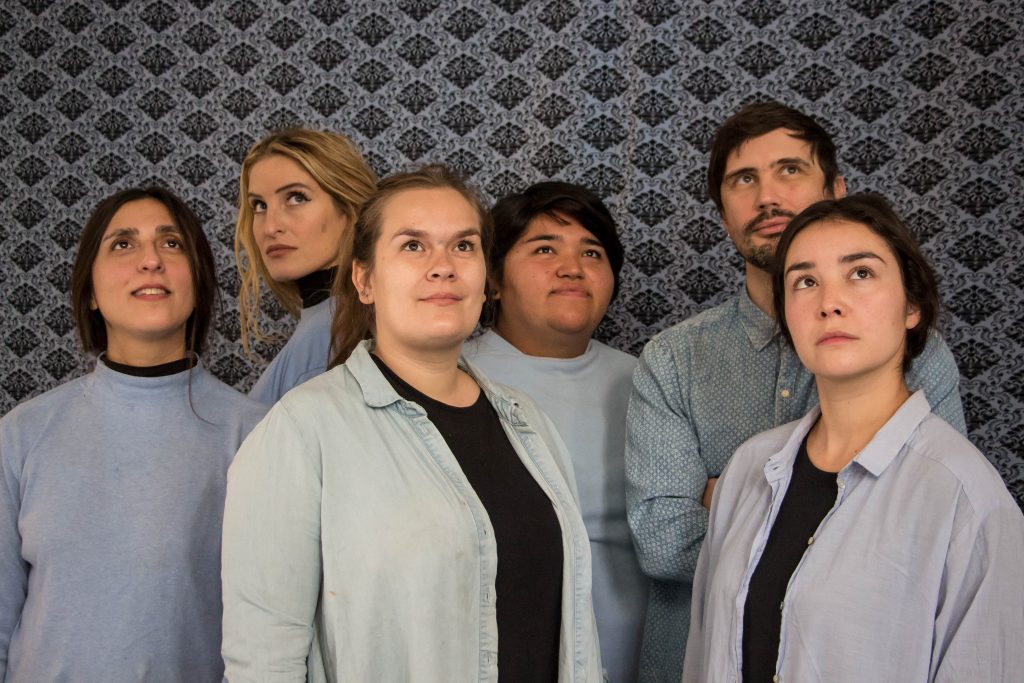 Performances: from August 1 to 17. Thursday to Saturday at 8 p.m.

Theater | Álvaro H, there is deprivation in this side as well