“If we can make people stop,

even for a moment,

maybe a détournement can be developed

and a progress in understanding”, Martha Rosler. 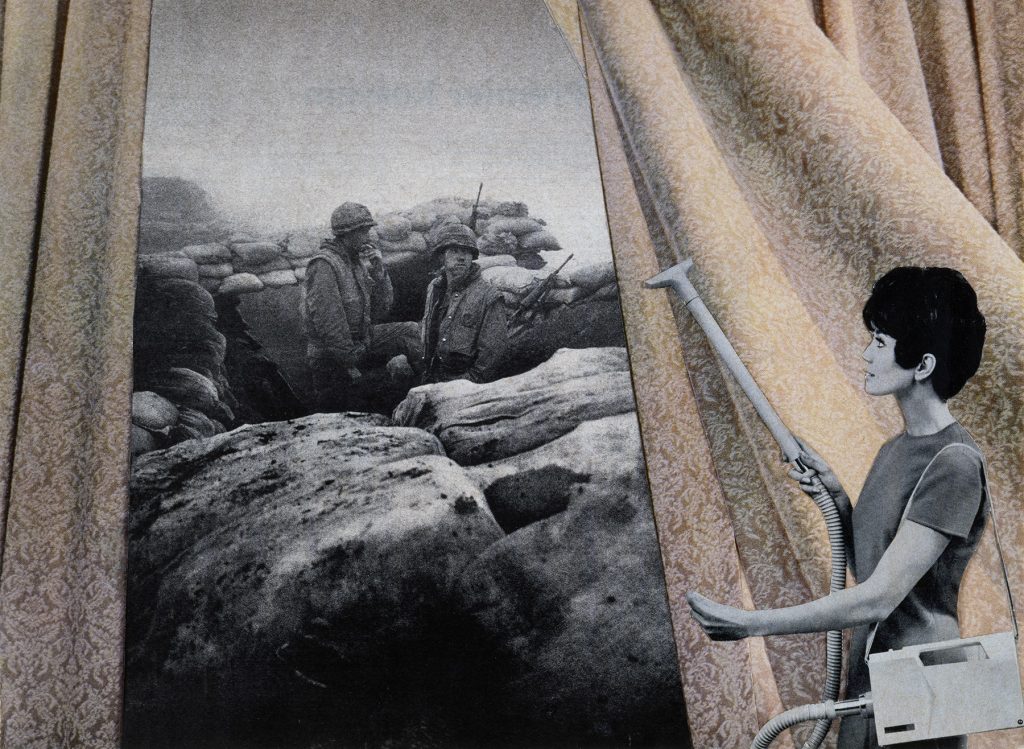 Having a great insight, Martha Rosler (New York, 1943), recognized as a contemporary artistic resistance link and one of the pioneer in Détournement, a concept emerged in the Situacionist movement (1957-1972), resulting in using any element of capitalism and remaster it to create artistic projects that deflect views to the political area, putting stress in globally interesting topics, as the woman body inside a social space buily by men, but seeing how this affect the everyday life oriented to that chauvinist flatness which exploits the female body, demonstrating the glamour of an age through fashion industry during 60s-70s, while ignoring the barbarism done by war in Vietnam. Acts of unthinkalbe indolence that match with the fact that they don’t even (the State or the States) take over the gentrification or displacement process of those most exposed social groups towards an apartheid that naturalize completely its circle of poverty and last several years in North America, specially during the Ronald Reagan government, and in Chile as long as I remember, however, this time is located in the middle of the public sphere thanks to Si tú vivieras aquí (If you would live here in Spanish), first retrospective in Latin America by the visual artist Martha Rosler, composed by selected videos, photographs and installations (many of them for the first time), curated by Mariagrazia Muscatello and Monserrat Rojas Corradi, which are exhibited until October 13, 2019, in Museo de Arte Contemporáneo (MAC) at Parque Forestal.

Although Rosler’s work is usually associated with political commitment, it is important to note, however, that this retrospective goes beyond the ideological, of course, its radical position is not without an iota, especially when it is proposed to show the omnipresence of corporations and multinationals that they manage the destinies of those who survive this kind of imperialist protectorate, in whose power the dictatorships that gave rise to the current neo-liberal economic models were happening one by one, where the precarization of certain classes was standardized to the point to generate identities mediated by a set of local problems. With this, Rosler dialogues reactivating the first-person testimonials of Tijuana Maid (1978) and the audiovisual proposals Domination and the everyday (1978) and Chile on the road to Nafta (1997), to which is also added a selection of works specially developed by Cristóbal Cea, Máximo Corvalán Pincheira, Claudia del Fierro, Voluspa Jarpa, Bárbara Oettinger and Bernardo Oyarzún, Chilean artists who in unison are incorporated with a reflection on our personal and collective memory. 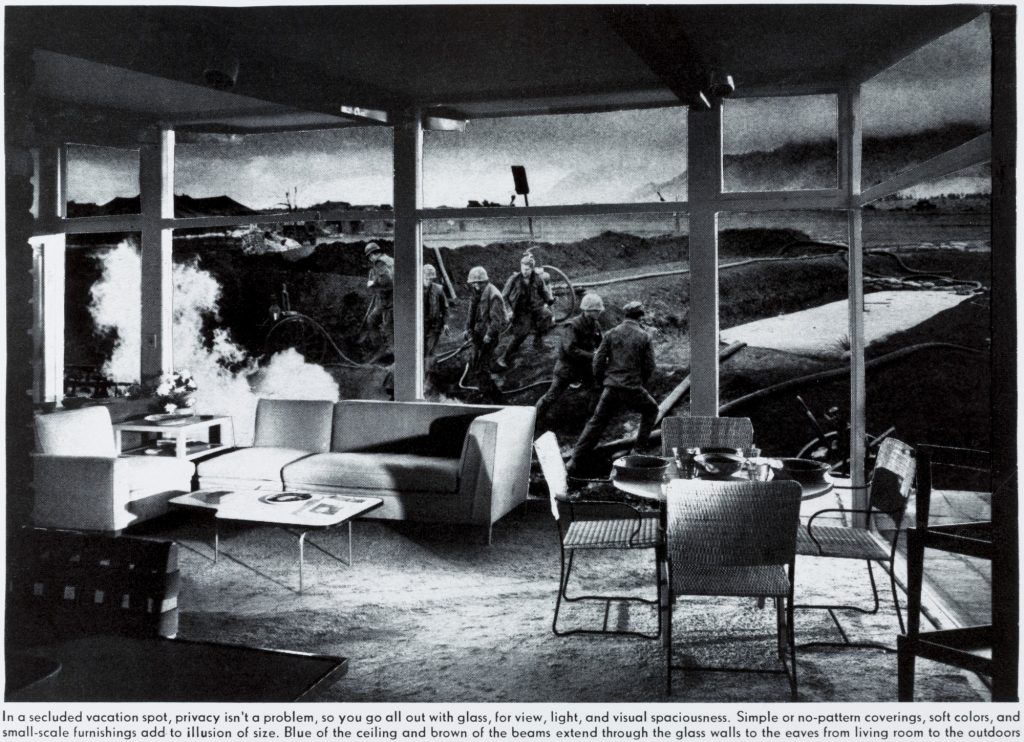 It should be noted that the language developed in Si tú vivieras aquí, is not restricted only to the ease of complaint or just registration, but opens a gap with new representation codes when superimposing opposing realities, it is checked in the House Beautiful series : Bringing the war home, where domestic scenarios intervene to show that effect of alleged “familiarity” experienced by the average American who followed on television – which is the final super bowl – that war that was installed in the living room of their homes. Intromission that Rosler masterfully recreated through a series of photomontages made between 1967 and 1972, among which Tron (Amputte), Cleaning the Drapes, Red Stripe Kitchen, Vacation Getaway and Playboy (On View), in addition to the 6-minute short, recorded with a static camera Semiotic of the Kitchen (1975), in which the artist herself parodies and personifies the well-known chef Julia Child, who is presenting the kitchen utensils in alphabetical order. Artifacts that in themselves metaphorize as a form of domestication, and that urge us to rethink the roles that people occupy, and how the things that surround them are transformed into direct symbols of that objectification. Something that is expressed in all his work: “I have worked around the kitchen, clothes and the house because they are things we all share. In particular, I have touched on the relationship of women with food, whether as consumers or producers because it is a basic need that is completely transformed by our social and cultural life. It is a form of micropolitics that can be read as macropolitics”.

That is why it would be unthinkable not to share the vision of the philosopher Guy Debord when he stated that: “The show is not a set of images, but a social relationship between people, mediated by images”, which is precisely what Martha Rosler achieves with Si tú vivieras aquí, when she refutes through images the supremacist and loaded with arrogance models that society and the States intend to impose, based on their own fears and decompensated insecurities. Because ultimately, as Alejandra Pizarnik points out: “A monster chases me. I run away. But it is he who is afraid, it is he who persecutes me to ask for help. ” Making it clear that the monster is the wrong one, and not the involuntary victims of its damage. 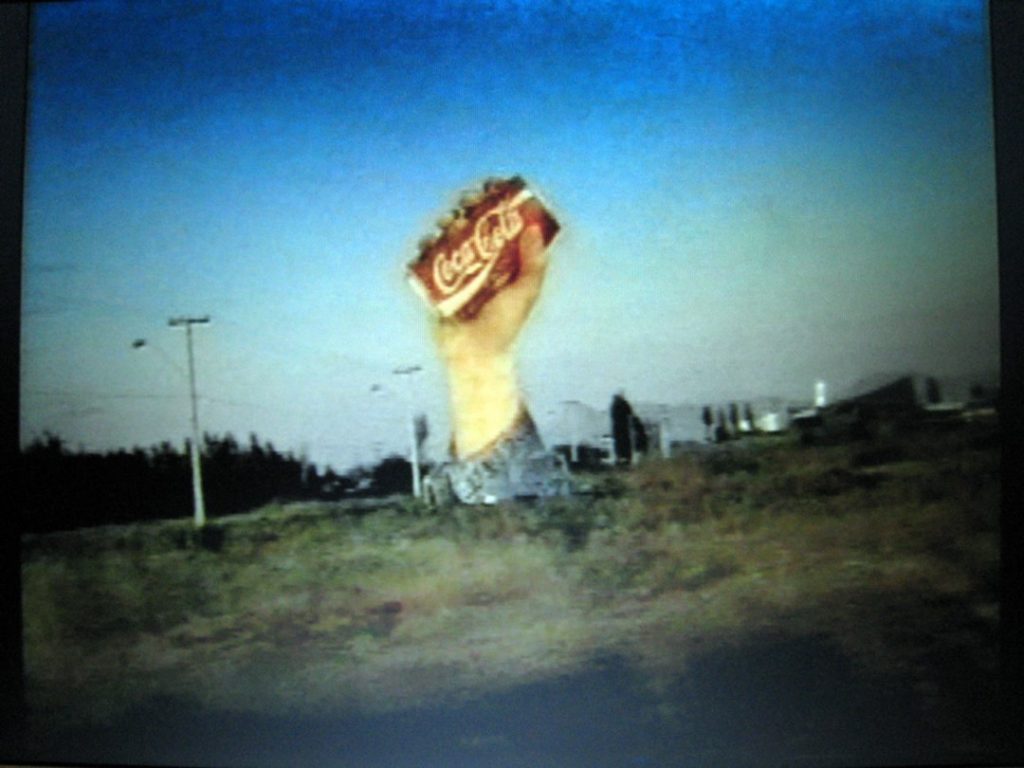