Paying tribute to what is simple; its characters painted with geometric edges of the miscegenation that are portrayed in urban spaces many times forgotten. The experiences together with the day-to-day told in walls, influenced by the Ecuadorian landscapes and the Andean textiles.

Juan Sebastián Aguirre, known as Apitatán, nickname that arises when he could not pronounce his name as a child. He is an Ecuadorian painter, illustrator and graphic designer whose love for art was born from an early age..

The concept of this Quito creator that captures Latin American culture in his paintings, reminding us that it is not bad to laugh at ourselves, finding beauty in the imperfect.

“Wallls are able to change a space” 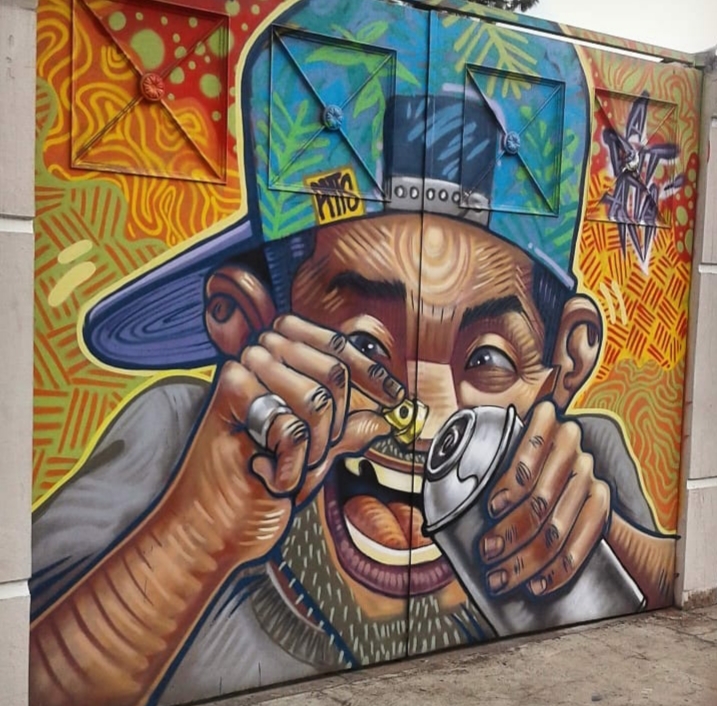 The sense of identity as in jargon or in those sayings that we hear in the street and that often sound funny, regardless of the language or country of which we are.

The street factors that influence when it comes to painting, the environment, the people who pass by and admire the talent, looking at the details or the approach of the police to prohibit what they are doing.

In the creative process of Apitatán, sometimes in his mind the phrases are first and sometimes the characters, those who will adorn the next walls of some city in the world. He takes his time to draw the sketches, choose the colors that will accompany and give life to his next work of art. With a positive message and cheerful colors makes that space on the street become something pleasant for people. 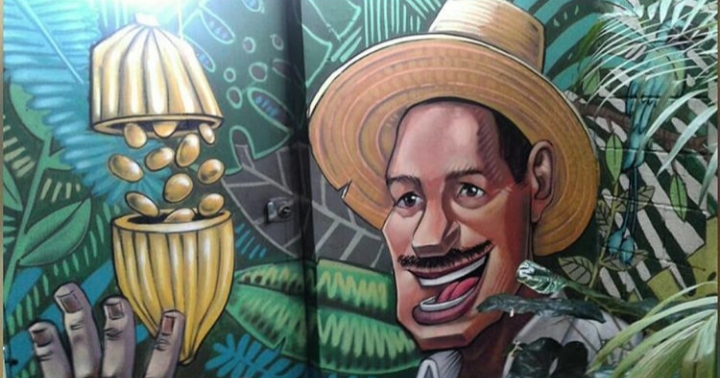 “At the time you paint in the street, that artwork doesn’t belong to you already”

Juan Sebastián states that he wants to continue painting until his body allows it, because he feels that he was born for that, that it is important to know that we have our differences, but precisely the wealth is there, in what is ours and that many times we see it as least important.

The action of exhibiting art so that everyone can see it, to be able to enjoy without having the knowledge that you may have when you buy a ticket to attend a museum. Apitatán’s art is already in some parts of Latin America, the United States and Europe, making his technique and style continue to enrich himself.

Thanks to the persevering practice of drawing, painting and entering a constant process of evolution, accompanied by the commitment he feels on each trip so that his works are getting better. The visual way of expressing this artist by conviction leads us to become more interested in art through what we know, our culture.