Demasiada libertad sexual los convertirá en terroristas (Too much sexual freedom will turn you into terrorist) is a play with 5 mani characters whose sexualities are considered abnormal, in which the “conventional ” theater is questioned from an intense, symbolic, and scandalous conference. You can find it at theater of the Universidad Mayor until July 27. 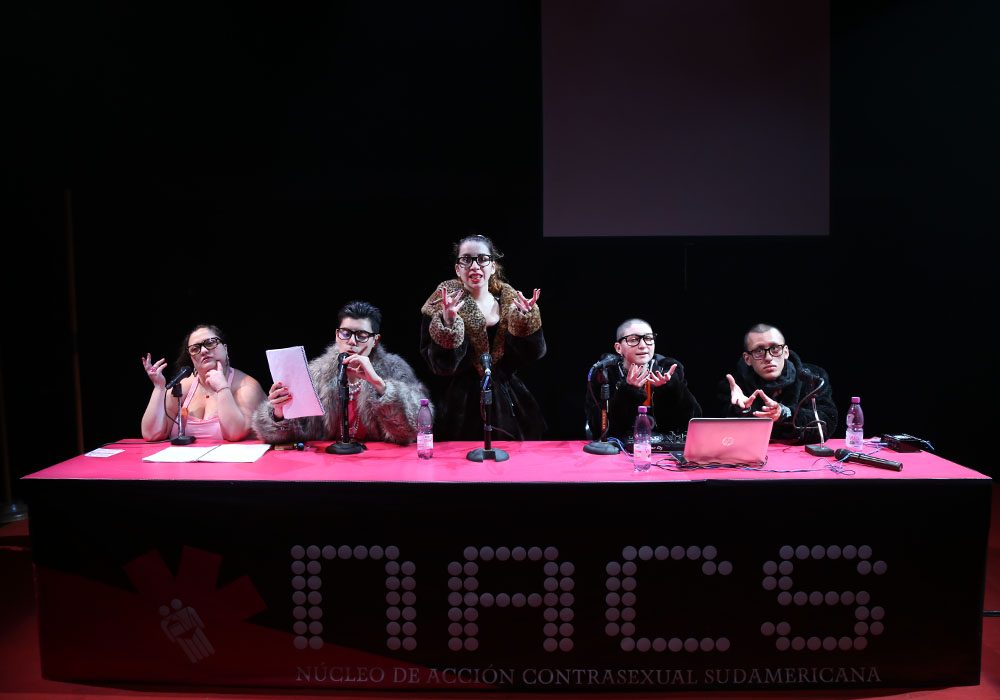 If being scandalized by someone is a pleasure, viewers of Demasiada libertad sexual will touch ecstasy. This play, this conference of the “Core of South American Contrasexual Action”, intends to sweep with any blunt that the audience may have. The testimonies of its main characters, in a cross between reality and theatrical fiction, generate uncertainty about the margins of theatricality of what is shown on stage. The cast knows it, expects it, discusses it. There is a time to heal all the concerns raised by the title of the play, a time to confess, to break the fourth wall, to see theater, to watch porn, to see the poor sexual education that is given in the country and how Prejudices close the floodgates of self acceptance.

Five characters, which at the same time are 5 real people, gather to confer on sexuality in this place of the world long in prejudices and narrow in mentality. To talk about discrimination and other issues, the activist against cacomorphobia, prostitute, transvestite, gay HIV-positive and transgender meet. The group is as diverse as varied are the discriminations they have suffered, the loves they have had and the obstacles they have put themselves at different times in their lives for being who they are. But those obstacles remain outside the theater, and the public is invited to leave theirs.

-What do you think about heterosexual people?

-They shoud be forbidden

The question about heterosexuality is repeated again and again in the Plaza de Armas of Santiago, in the center of the country the lack of knowledge at all levels of gender theory is demonstrated, evidencing a rejection that arises from ignorance. Rocío Hormazábal walks through the main arteries of the capital and the responses of passers-by cause laughter among those attending the play. Will they laugh when it is their sexuality that is challenged by the speakers? When the fourth wall is broken, that imaginary that separates the audience from the actors, and begins the live survey about the customs of sexual life of those who attend the room, will they laugh? Will they confess? Will they think it’s theater? 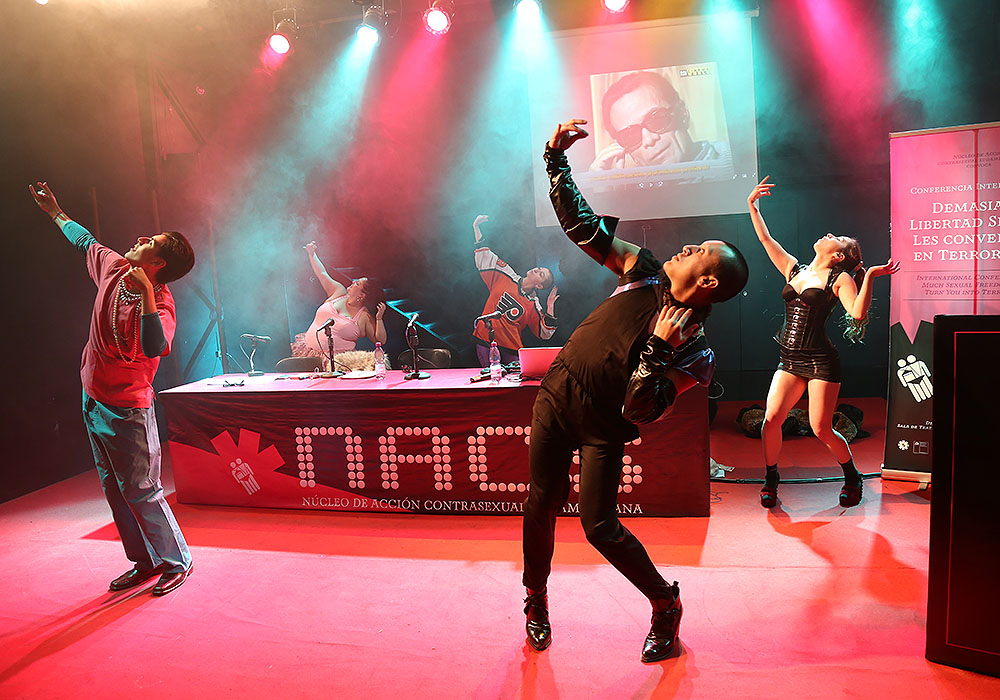 A strong theoretical construction presented in the play argues that at each moment we interpret roles, using the real world as a scenario without borders. It is not transgressive for those who have studied. But it does begin to be transgressive when the theater format is subverted to question the limit in which a presentation is made on the tables that extends as a performance of a real person who has no actress training and is on stage to give your testimony. The concept of theater is stretched looking to tear the surface to observe what arises after the break. And what comes out is consistent with the art of Pier Paolo Pasolini and the performative proposals of the late queer activist son of a bitch. Here the body enters as taboo and the question arises whether this is a pornographic play.

“Did you come to watch porn?” The question is repeated several times throughout the play. Already from the poster where the photographs of Paz Errázuriz are expressed, it is proposed that Demasiada libertad sexual los convertirá en terroristas will have artistic nudes, some choreography or scene in which the protagonists take off their clothes with the same ease with which the limits that are removed society tries to impose them. It is the testimonial part of the play that explains that this ease is not given away but a continuous exercise of sustaining and seeking collectivities that allow refuge from the solitude of the body itself. Groups as a theater company, or as the workshop of Ernesto Orellana (Orgiology) where discussions about sexuality end up being embodied in the script of this play. Why is the naked body scandalized so much? You have to attend a function before responding fully. 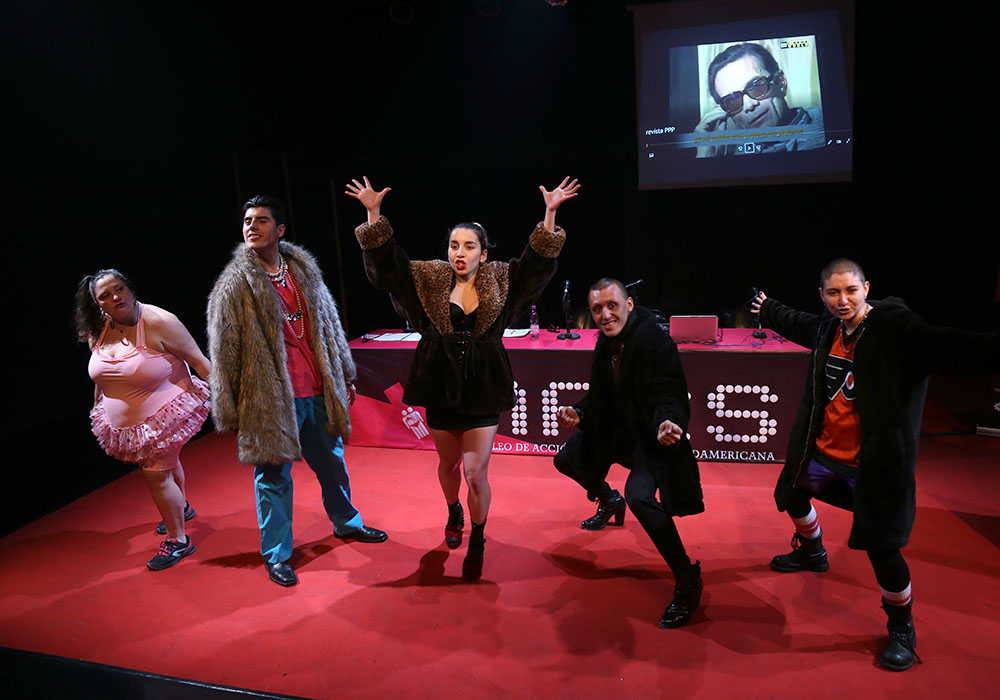 A final aspect to highlight is the interpretation of Dollhouse by Ibsen that is raised during the conference. The feminine empowerment of the original piece is upset to be updated in other codes, in other bodies. The theatrical costume is evident to generate the scene in which Nora and Torvaldo decide their future. 140 years after the premiere function of this already iconic play, it is rewritten and the result shines and moves.

Under the direction of Ernesto Orellana “Too Much Sexual Freedom Will Turn You Into Terrorists” has functions until July 27 on Thursday, Friday and Saturday at 8:30 p.m., in the Theater Hall of the Universidad Mayor. 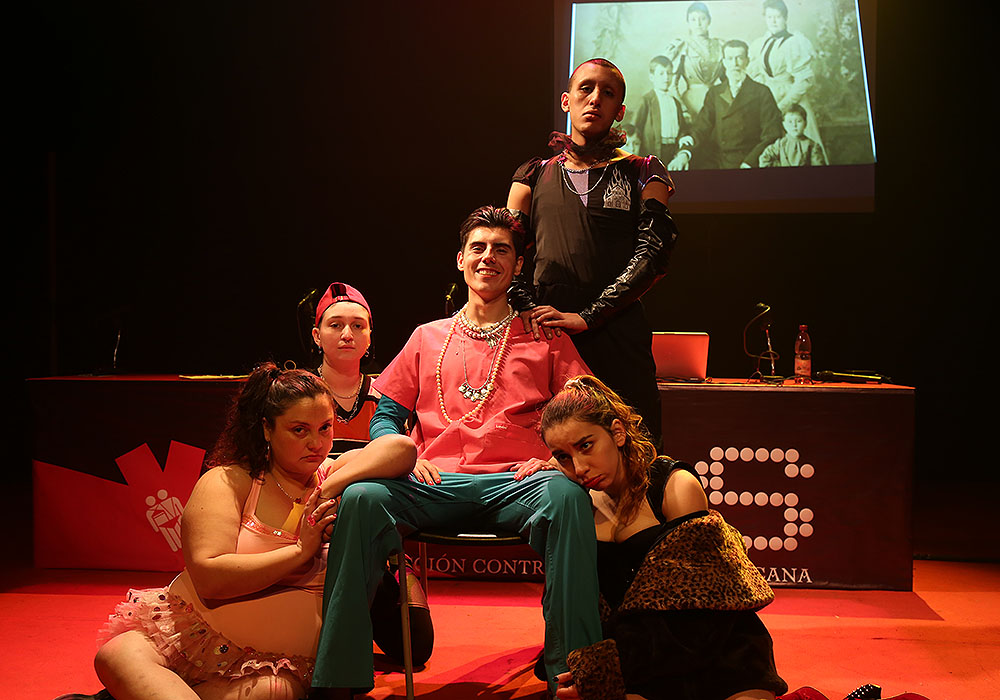