La película imposible, o quisiera meterte en un tarro con ácido y desaparecer (The impossible movie, or I wish to put you in an oil barrel with acid and disappear in Spanish), is an adaptation of Saverio the cruel, by the great narrator and Argentinian reporter Roberto Arlt. It is about a group of bourgeois cousins who want to fool the poor Saverio so he can participate in his movie pretendig to be a Crazy Indinan, the former lover of the cousin who has delusions of princess. Everything “in the name of art”, but full of jokes and prejudices towards the scant resources social classes. The impossible movie has polemic performances in Taller Siglo XX until July 21.

“Saverio as good as the actress of Roma”

Saverio is a butter delivery man, who arrives with his delivery service backpack on his back. Before we saw the cousins ​​gather to conspire the deception, planning to start the farce as soon as Saverio crosses the door. Cousin Gabriela will pretend to be crazy. Then, when entering, the protagonist finds a couple of cousins ​​-Lorenza and Alejandro- who tell her that they cannot attend to their futile “buttery affairs” because another of his cousins, Gabriela, has a psychotic picture. But they have called him because he can be helpful. Just follow the game to the cousin, a little, until she feels that her reality is real and they can give her a shock of truth and openness.

The proposal is not simple nor is it welcome from the beginning. Rather, the pedantry of cousins ​​is intervened by the loquacity of Saverio. It is that before the initial refusal of the delivery man, Lorena and Alejandro, they close the door of thier residence, in order to retain and convince the boy to participate in the farce. But Saverio resists and synthesizes his response in the language that will characterize him as a villager: “You are nothing to tell me that I can’t leave.” Then the struggle ends with Saverio making a key in Alejandro’s arm. A cathartic moment for the young delivery man. But cousins ​​do not leave their roles and seriously ask him to take pity on poor Gabriela.

Then Gabriela enters, accompanied by a doctor -cousin Juan- and gives a beautiful, lonely and delirious speech. Look for Indio Loco, whom she blames for her exile. Indio Loco, who was her lover to steal the position of power he holds by right. Crazy Indian, to whom Gabriela has to cut off her head. And Saverio, moved, agrees to play Crazy Indio. 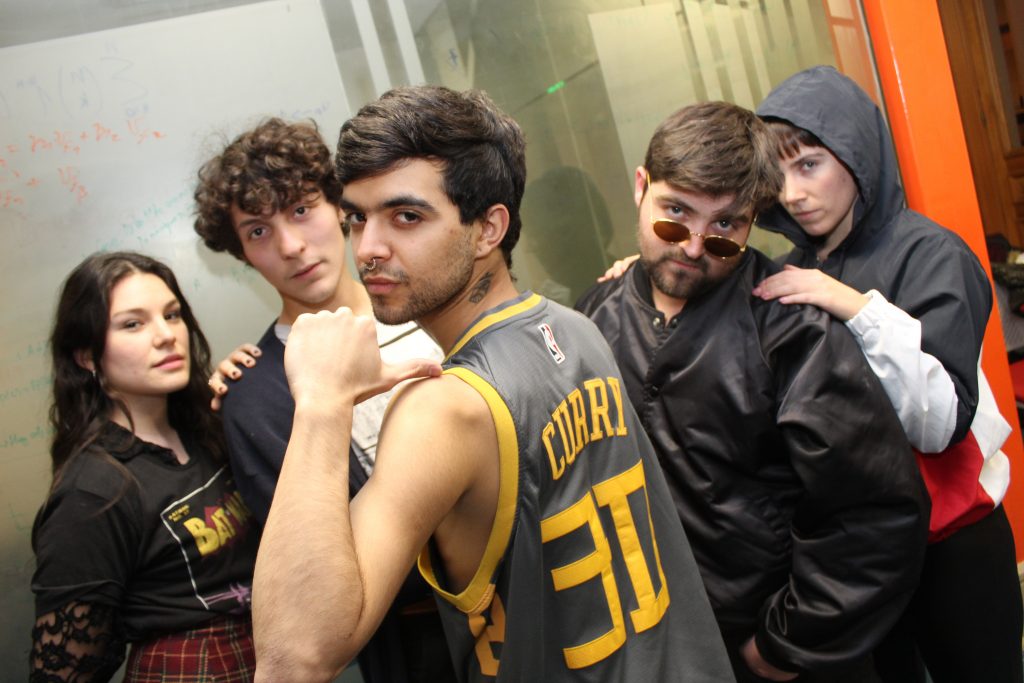 Then we see, in the piece that Leverio leases, his efforts to interpret the high language that is expected of a ruler like Mad Indian. He dresses in his best suit and insists on speaking poetically with his love interest. Hardly the worker has to pay his rent, he goes out of his way on the bicycle to be able to make his deliveries and raise the money, but the truth is that it is not enough and the payment promised by the cousins ​​is an opportunity to have a better life. He commits to Gabriela’s delusions and looks for history chinks to fill from his knowledge of the world. When the cousins ​​visit Saverio to monitor their progress, they are more than happy at the possibility of breaking his heart on camera, when they reveal the farce. Authentic art, they call it. Real emotion. For something Alejandro argues that Saverio has as much potential as Yalizta Aparicio, the protagonist of Rome. The condescension with which the group of cousins ​​looks at the young protagonist is one of the most ruthless elements of the play, and it is also what delivers the comedy moments that the function has.

With a strong language, The Impossible Movie is a bold incursion of the Colectivo Tagadá, a group composed of graduates of acting and theater design from the University of Chile. It is not a work neither for minors nor for sensitive ears. The accelerated speech, the theoretical language with a high burden of prejudices, the superior gestures of the confabulated cousins, the scribbles, everything is conjured to make a performance where the low-income subject can be observed by streaming when he feels empowered interpreting the brave Indian Crazy and know the truth. The vision of the slums as almost criminals is typical of all the works of Arlt, but the lunfardo -the jargon of the lower class- adapted to the Chilean becomes shocking when there are two minutes of invaded dialogues of expletives that come and go in through violent accusations, in an escalation of tension that seems taken from any population of Santiago. Realism and fantasy on the boards. 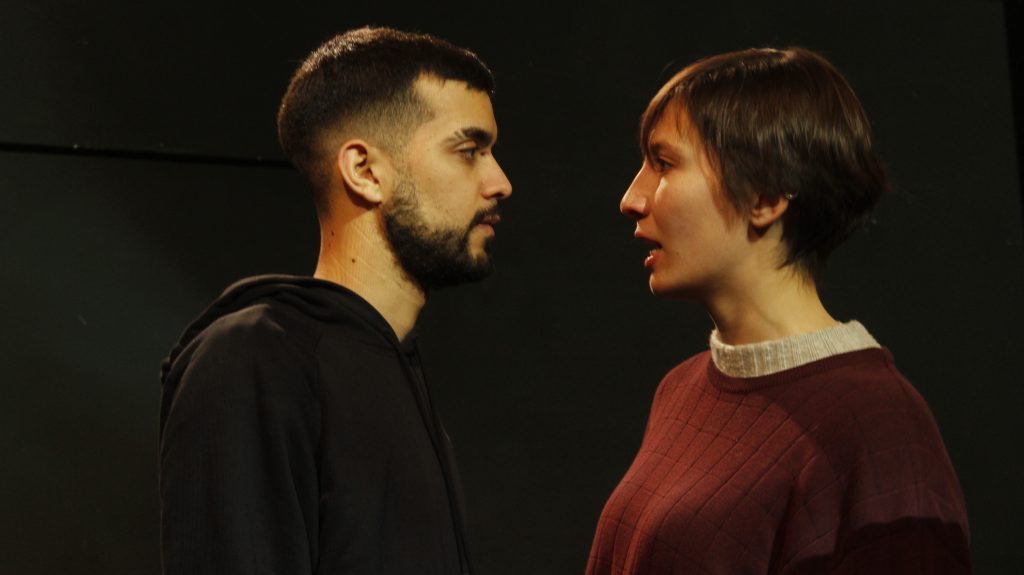 Since we mentioned streaming, it is time to talk about the way in which technologies are presented in this work. On the one hand, there is the vision of the “uberization” of work and how the lack of capital pushes Saverio to accept the cousins’ proposal with a simple “we will pay you more than good”, in an act of helpful trust from the dealer. On the other hand, the cousins ​​not only intend to record the film -unlike the original writing of Arlt where they wanted to mount a play- they also want to make a streaming transmission so that the entire artistic atmosphere of Santiago can see the rise and fall of Saverio. And when the dealer makes his entrance, dressed in the costumes of the questioned Crazy Indian, the live transmission of the work begins at the bottom of the stage, since Lorena transmits using his phone. That is, job insecurity and exploitation of Saverio’s misery are mediated by new technologies. 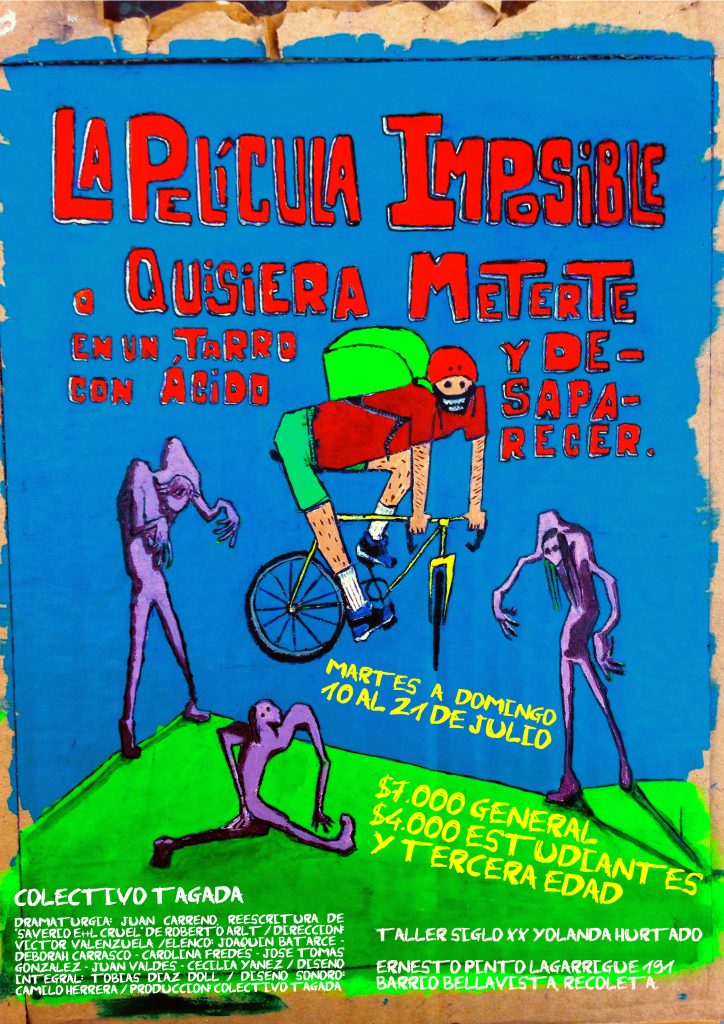 The impossible movie or I would like to put you in a jar with acid and disappear, is the first play by the writer Juan Carreño (“Buy Fierro”, “Budnik”), who rewrites the original piece published by Arlt in 1936; The play is directed by Víctor Valenzuela (“May all men go to Iraq”) and performed by the Colectivo Tagadá. Functions will be until July 21 in the XX Century Workshop Yolanda Hurtado, in the Bellavista neighborhood.