Bell Cross is the name of the one-person contemporary dance that is presented in the Microsala of M100 from Thursdays to Sundays until July 14. The proposal is provocative, is developed upon a stage of two levels connected by a inclined plane with a triangle of velcro that is attached to the main character to slow down her fall into the deep spleep.

At first the ramp is completely covered by a large cloth. Under the blanket a bulge, which gradually takes the shape of a person who moves. It is in the plane at the top of the ramp. Under this “sheet” the protagonist moves by the verticality of the stage dancing to stretch the fabric that submits it to the ground level, to the suffocation and suffocation product of entrapment. The open hand runs across the surface of the fabric, stressing, leaving a trace, in a gesture that resembles the movement of a baby through the womb. The fall is slowed by an adherence that is heard but can not be seen -the blanket covers the view- and that gradually invades the sound field of the audience. It develops the descent as a search for freedom, which is concretized with the exit through the lower part of the blanket, like a birth. After making his way, his arms come out and he drops to the ground. 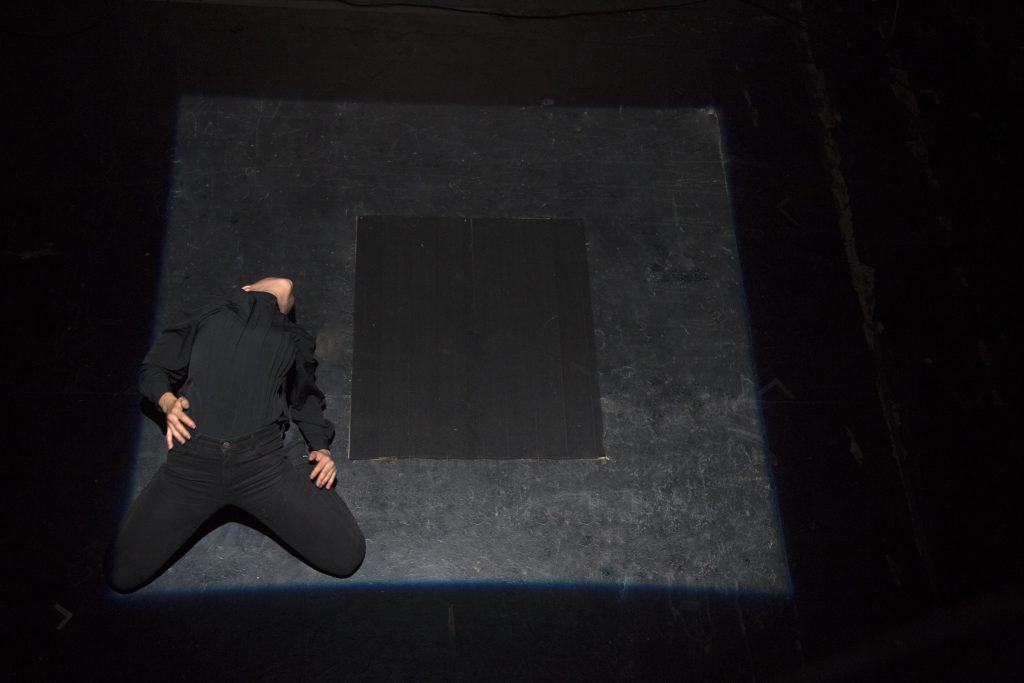 This is how the woman interpreted by Gema Contreras is born or awakens, who gives life with strength to the search for sensitive freedom that is Bell Cross. Soon begins to climb the stage to get back to the starting point. This time he puts on a suit with adherent surfaces. It covers his whole body, becoming again anonymous. It turns and drags across the surface of the triangle to slow down its fall. She scraps the limit between circus and dance. At the same time, it is as if she were still under the blanket, only this time it is possible to see her movements because the fabric does not interrupt anymore. As an insomniac person turns around, look at the ceiling, stretch, return to the fetal position. Is sleeping to be born? Awakening is living? Up the dream or the routines of wakefulness? Use your pelvis to stick to the triangle.

Join the triangle of your pelvis to the Velcro triangle. Several times. Then, sexuality begins to be a factor to understand this nocturnal search undertaken by the protagonist. It is one of the challenges posed by the staging developed by Teatro del Antagonista in this presentation. Alone, she touches and looks for contact. You must delimit the margins of the triangle to appropriate their meanings. Cover each edge, scrap each space. 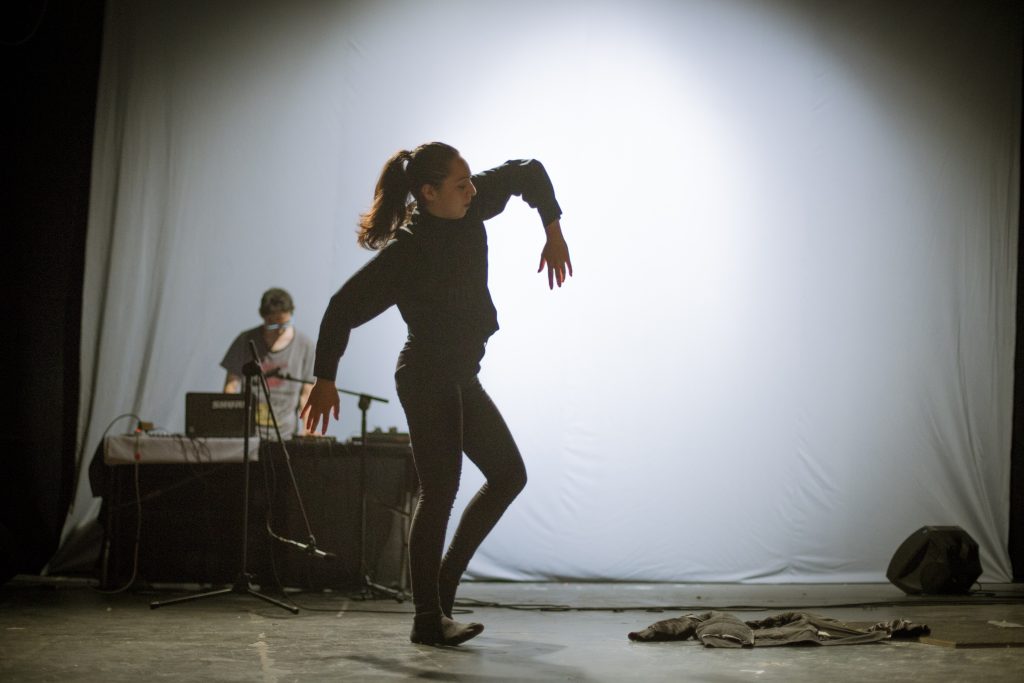 In addition, the sound stimulation produced by the touch and release of the velcro feels almost in the first person, producing the immersion of the spectators in the tactile field of the dancer. It is an achievement of the direction of Manuel Morgado, who encourages the audience to follow the efforts of the dancer to get rid of the ground and reach the aerial lightness of the dance.

Paste and take off, touch and touch, sleep and routine. It is Bell Cross, an oneiric dance display that is presented in the Microsala de M100 until July 14.