Waldemar Sommer is one of the Chilean critics with greater presence in the art scene and CHile’s print media. His beginnings as agricultural engineer in the Pontificia Universidad Católica, only presaged that he would continue his studies in the visual arts area at Universidad de Chile, much less, in the complex task of the critisism and the cultural journalism. His career in the Art and words section of El Mercurio is wide to say the least, because it starts in 1975 and lasts until to these days. He has published more than 1600 columns and several trips to his credits, that is why the desire of gathering theses epxierences is imminent.

Their experiences are compiled in the book Arte en viaje by Ediciones UC, accompanied by the prologue of Carla Cordua, philosopher and National Humanities Award of Social Sciences of Chile (2011). With an extension of 400 pages, Sommer invites the reader to accompany him on his travels across Europe, Asia (Middle East), North America (USA) and much of Latin America.

Although the comparisons are odious, in this case it is impossible not to refer to the book History of Art by E. H. Gombrich, present in the bibliography of any student of visual arts and that facilitates the chronological understanding of the history of art and its currents. The author himself makes mention of this and other texts as references that marked his way of facing a work:

“How you look at a painting by Leonello Venturi -he taught me to contemplate rather than just look-; Treaty of the landscape by Lhote, helped me to begin to enter me inside the pictorial technique; Janneau, with his Cubist art, led me to the doors of twentieth-century creativity and his distancing from the figurative.” 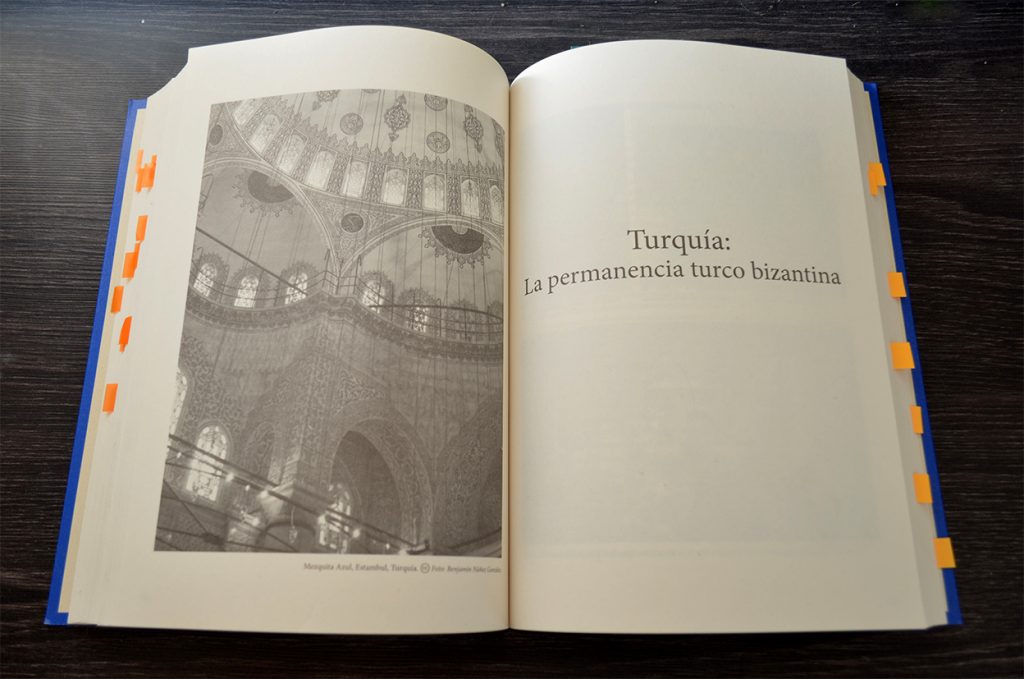 Sommer also delivers technical knowledge, however its structure is based on the meticulous description of the works (from a painting to a building) seen through their own eyes, with their words refreshes the reader’s knowledge about structural, historical and symbolic notions inherent in the work. Among these academic descriptions stand out small personal experiences, it is thus as soon as we arrive in England we learned about the loss of the author’s luggage as a small anecdotal mention. Other impressions refer to the comparison between seeing a work through a photograph versus contemplating it live (conflict highly worked by Walter Benjamin and technical reproducibility), Sommer recounts his impression when being face to face with the small venus stony:

“”When one has known before the photographic image of these sculptures. The observing them directly pasma: these are tiny figurines, centimeters scarce in height. But that quantitative condition does not prevent them from producing the most powerful monumental effect.”

Although the works described in the book come from distant locations to Chile, the author creates connections that go beyond the borders in search of their similarities, in the book we can find more traditional examples such as the similarity between Emile Friant and Pedro Lira in realism or more contemporary as: “After mountain and sea (…) of the well-known New Yorker Hellen Frankenthaler (…) Within its informalist abstraction, they offer, already during the fifties of the last century, the first of the pigment diluted in turpentine and poured on the canvas placed horizontally – also our Matta frequently dripped paint no less than in the forties -.”

The title chosen by the author is a summary of what we can find in the book but, at the same time, it is a statement of what the author defends as a concept of art. According to Sommer, art acts (and is understood) as a unifying concept that brings together classical conceptions such as painting, sculpture, drawing, engraving, architecture, as well as the context that contains them, such as the city itself, its people, its music, etc.

Arte en Viaje is the story of an author whose impulse wanderlust, or desire to wander and know places, is equated to the unstoppable drive to write. Just as Sommer has dedicated his life to the arts and writing, he presents this work to art connoisseurs, professors and amateurs who want to expand their knowledge, like a dictionary in prose that can also serve as a travel guide to consult in the travel to the destination.