On June 26, the Teatro del Terror company re-released La Espera (the wait in Spanish) by Guillermo Blanco in Sidarte Theater.

The bilateral relationships are not always created in a right way; the couple ones many times start wrongly, they are worn out, they are distorted; the power ones, they change and get confused; the ones which involve minor child, they always get sick.

The staging of La Espera generates different questions. The story itself, written by Guillermo Blanco recounts the differences of underlying classes in the twentieth century, and to this day, however, our society has begun to generate other problems that are somehow observed in the adaptation that made the company. We are living a feminist revolution and the reading of the work reminds us at every moment, from what are minorities and being subjugated to a boss, to a husband. It reminds us of the way in which man has linked to women historically, and why make latent or remember contempt, aggression, insults and the absurd belief that we are only to procreate? Maybe, because feminicide and rapes do not stop in the world yet.

Mistress: and what would you do? You don’t know how to treat women, you only know about hatred and anger, about knives and revenge.

Nigger: Don’t think you are more meat than this wild cat can tame.

Mistress: It that what I am!

Nigger: You can’t skin a rabbit, can’t sow even a potato, you think you are more than you really are.

Mistress: And what am I?! 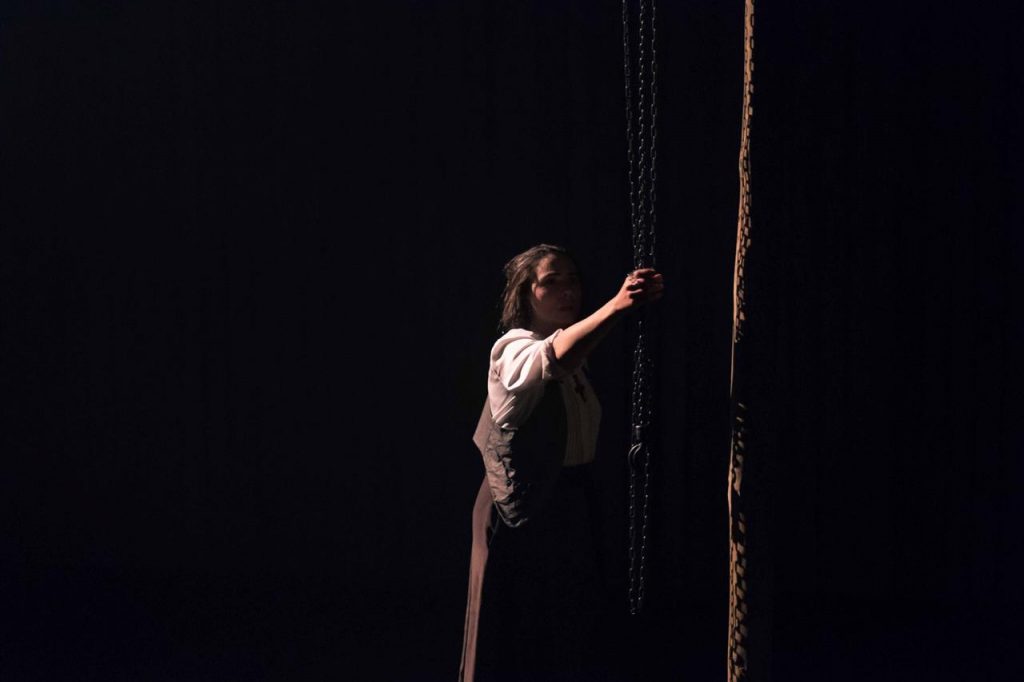 The work begins with the narration-written-of the story of a girl who was murdered and fell into the river. A girl who was not veiled, nor cried, because simply her existence lacked meaning or importance. Next, the famous “Nigger” is seen chained, tied like an animal while the wife of his Master bandages his wounds so that he recovers, and he hears how she says at his face having raped a girl.

And the violence does not stop, for something the company is based on works that give fear, terror, panic or that, simply, we face moral dilemmas of certain hidden complexity. The Nigger constantly insults his master’s wife, reminds him that she can not have children and assumes that because of it she will be left alone, thrown out. He insults her, in the midst of an implicit flirtation, of the subjection that he could exercise if the chains were released, of the carnal impulses because the identification of minorities is something inevitable, in this case, who desires with more fervor the liberation of the history of life?

“I learned to distrust the impulses that cause my knees to bend, because you’re just one of the many men who do not love women”

The paradox is that the violence seems to excite the master’s wife. It seems to provoke it in such a way that begins to question reality itself, is it true the rape of the girl by the Nigger? Has her husband committed the same acts? How does male manipulation affect this subjugated and submissive woman, as described by her co-star? Values ​​are something that changes between adults, and this is how, as the work progresses, the master’s wife even considers the possibility of letting go of the dedendant, of letting go of the ties to be free.

There are plays, there are characters, there are situations that seem like archetypes of society. That are generated at any time, that retract us at the beginning of time. It is these works of art that become classics, those that can be recovered and will never cease to be contemporary with reality.

La Espera is presented until July 6 at Sidarte, for more information click here.