A theatrical piece performed based on Diamela Eltit’s novels will always have a strong critic, polemic connotation, and straight against the neoliberalism and social condition of the system. A look at the range, at that what we do not want to look, to know. That is how a piece with actors with a great career like Amparo Noguera and Rodrigo Pérez, along with the staging of Alfredo Castro, creates high expectations about the piece, which are fully accomplished in Mano de Obra (workforce in Spanish) at Teatro La Memoria between June 6 and 29.

Diamela Eltit’s novels move away from anecdotal to tell crude and direct stories about current social problems, generating strong questions about sexual behavior and moral criteria (widespread in traditional societies such as Chile). In this way it establishes that we live in an exploited society, where unconventional behaviors are generated in certain social groups -behaviors that would normally exalt a large part of the country-, and in turn explain how the physical body of the individual has become a tool fundamental for capitalism -especially in Mano de obra-, converting the human being not only into a self-alienated being that struggles to survive, but into a true slave of the 21st century. From there, Alfredo Castro makes a rather curious adaptation of the novel published in 2002, because it presents the same problems, debauchery and “ravings” with a dose of humor quite attractive to the audience.

Slavery, sex, poverty, alcohol and drugs. Everything is mixed in a precarious house where a kind of resistance arose among the workers of a supermarket, where the outrageous working conditions have led them to meet forming a labor barricade to avoid being fired. The abuses, constant threats of dismissal, the excess of a new job offer, the unforeseen changes in their functions, the disguises that force them to use, the bad attitude of the clients, the hour extensions and the salary differences, “oblige” them to accept this form of work, moreover, not only to accept it but to fight for it in the face of fear of losing employment and with it housing. Survival is achieved, the daily food also, conditions, are so inhuman that the same food makes them sick. 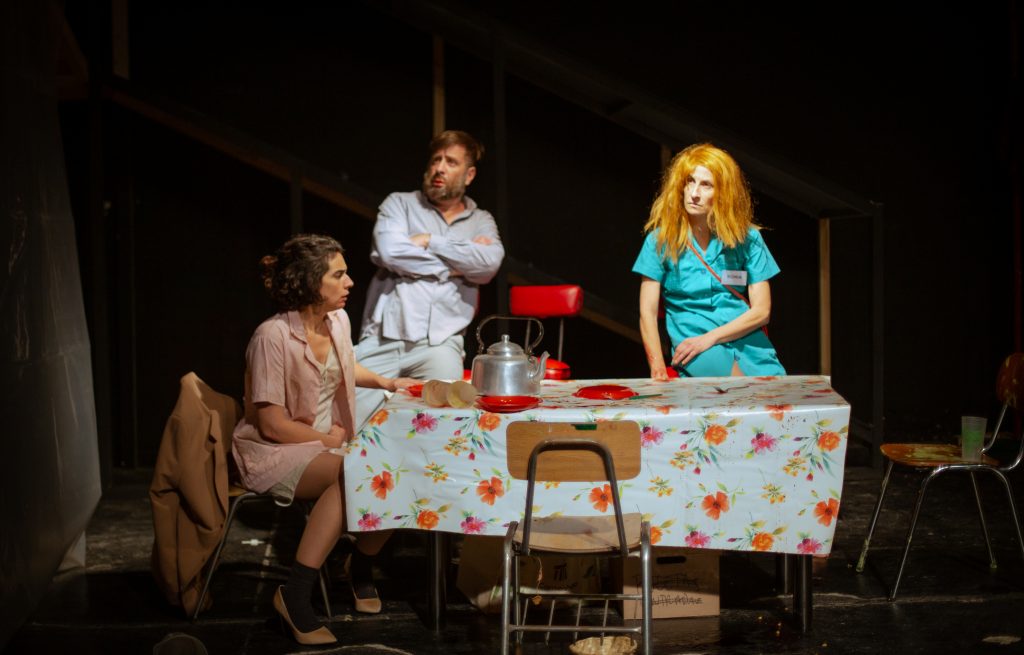 Impressive images, amidst the laughter, is it really necessary to laugh at human poverty?, perhaps yes, because in this way it is possible to generate more awareness, or soften imperceptible, raw and absolutely real realities. Undoubtedly, the adaptation is well achieved, you can see in each scene the Diamela narrative, you can even read certain parts of the book through the cast that has represented this work on three occasions, 2003, 2007 and 2019.

Without a doubt, Mano de Obra comes to make sense at this time, when the flexibility of the working day is discussed in the country while the press invades us with headlines about the inhuman conditions in which immigrants live throughout the country. It is not only the conditions of the marginal neighborhoods or the camps that stand out in the works of Diamela Eltit and in the interpretation of Alfredo Castro, now we can reread between the lines and see that the country is getting closer to these realities. Finally, who takes charge? What about public policies? Is the economy really helping the population? Has the neoliberal system really brought about improvements for society?