When you hear the title La última sesión de Freud (The last Freud Session in Spanish), probably you can imagine a piece where the psychoanalyst attend a patient in one way, where some chlichés of this psicological stream come constantly to light. However, this piece directed by Marcelo Alonso, ends up astounding the viewer through a smart dialogue between Sigmund Freud (Héctor Noguera) and C.S. Lewis (Cristián Campos), where, at the same time, a profound research about the psycological stream and the complex of both characters are shown. 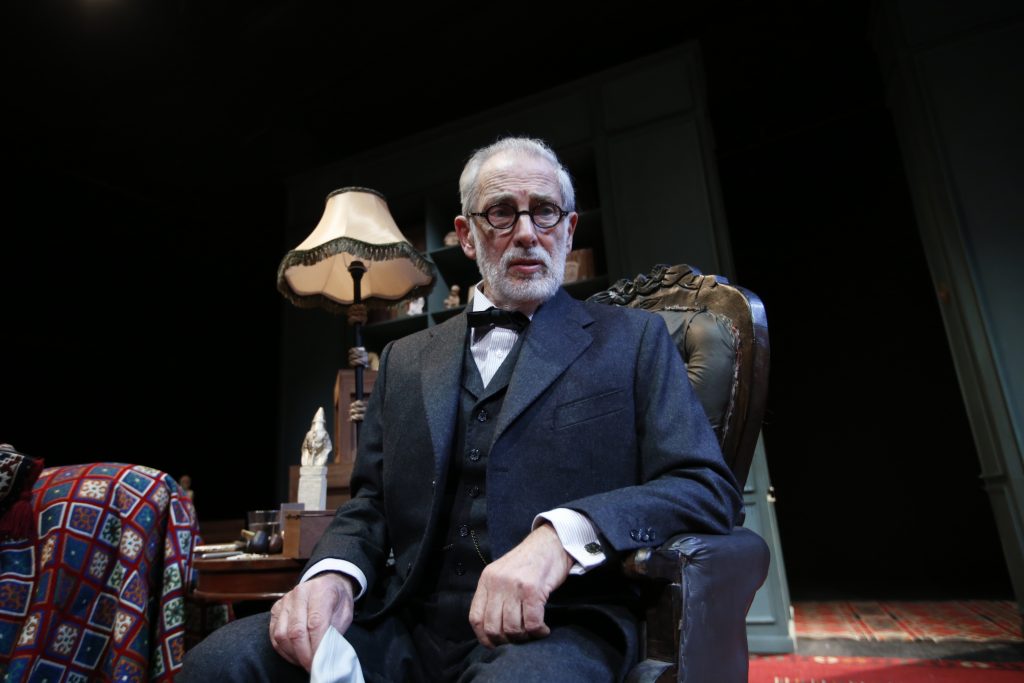 Lewis.—Then, why am I here?

Freud.—For one reason. I want to learn why a man with his intellect, who has shared my beliefs, suddenly, has been able quit the truth and hold a scurrilous lie.

The dialogue revolves around the existence of God, life, death, the beliefs of the father of psychoanalysis against the English writer and philosopher. The great doubt of Freud: how a man of such intellect as Lewis, is capable of becoming a believer after having followed atheism for so many years. And the great questioning of the writer: why the psychoanalyst does so much to prove that God does not exist. And the answers? They lack importance in front of the logical argumentation of both that is based on mental structures that can be interpreted from their texts, in this eternal and well-founded dialogue. There are no answers, there are no endings, there is nothing but an endless overflow of truths and questions between both that reflect a questioning of the philosophical moment that they were living, or that was to come is it possible, in the context of Nazism, to continue believing in happy endings, or the fall of the metanarratives is something imminent?.

One of the great successes of the work is, without a doubt, the context in which the dialogue is situated. In 1938, after the annexation of Austria by Nazi Germany, Freud, a Jew and founder of psychoanalysis, considered a staunch enemy of Nazism, moved to London, England. To this is added the link between the intellectuals of the time through the constant mention of J.R.R. Tolkien, which places both thinkers of the twentieth century within an intellectually complex context, of great transcendence for humanity and goes on to explain the intensity of the script.

The research that was done for the script is also reflected in the script. Questions, intelligent answers, with absolute security and ease on the subject addressed, intricate questions that put in check the opponent, are made between both in a constant manner. The attention of the public is obligatory and so also certain basic notions about psychology, religion and literature. However, beyond deepening psychoanalytic theory, there are glimpses and accurate comments about it, polemics that could really be made to Freud or Lewis.

Freud.—Sexuality is the source of happiness.

Lewis.—Happiness is more than that. Sex is not more than one of the many pleasures that God gave us, and not the longest.

Freud.—It is extraordinary. (Watch his watch.) We have been talking about sex during less than a minute and God is in the conversation already. Come closer pleas, have a sit.

And how could the basis of psychoanalysis not be within the work? And it is done through the explicit, the questioning of both about the dysfunctional relationships they engage with their close peers, the dependence, protection and fears of both. Everything, while the phone rings, the bombing alarms, the pressures of the speeches and reality following its course. 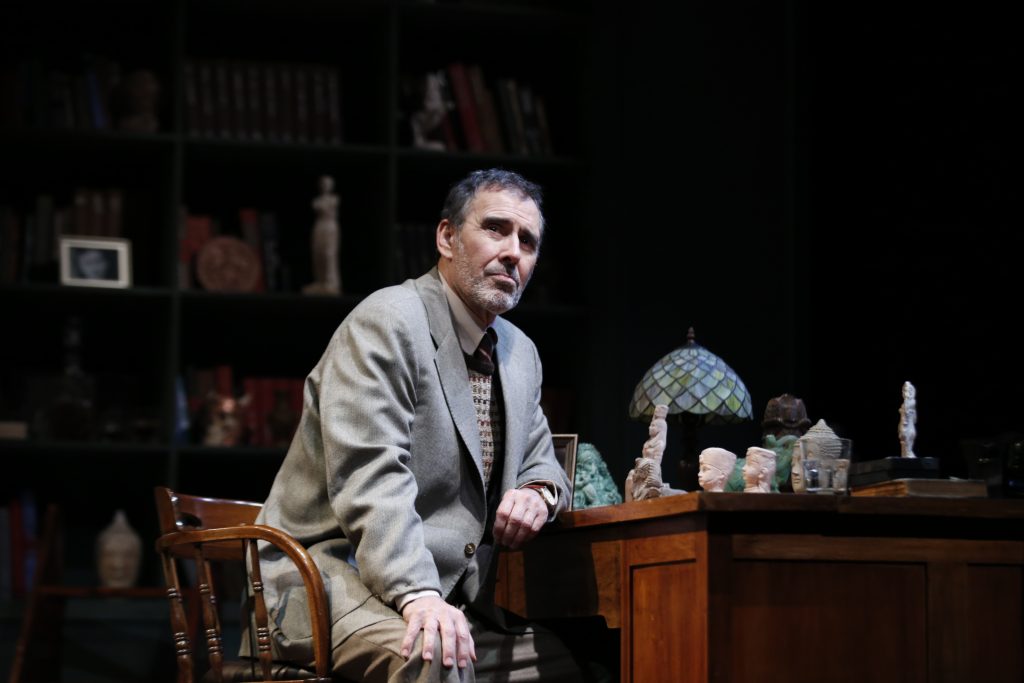