One of the political break-ups more devastating of our country started in September 11, 1973, the military dictatorship plunged our society in a dark silence that justice is slowly coming to light. For many people, this silence is demonstrated thorugh the doubt of not knowing what happened with their loved ones, that their voices silenced by the violence are found in the uncertainty of the purgatory, in or out this earthly life.

Women like Luz Donoso refuse to silence those voices with their work as artist, militant and self-taught archivist, edges of their lives that intermingle and complement in the present tense, one does not exist without the other, there is no art outside the context. Luz is what we might call a restless artist, well earned has its nickname of “firefly”, due to her constant swarm between artistic practice and political action, illuminating findings, flitting in and out of art. During her life she compiled a series of graphic materials, images, documents, audio recordings, etc. In addition to maintaining a prolific artistic production, in her more academic beginnings would be the engraving and drawing up contemporary techniques such as stencil, muralism, performance and installation..

The book El arte y la acción en el presente (Ocholibros, 2018) in charge of Paulina E. Varas (Researcher and academic of the University Andres Bello), gathers the figure of Light, her work and its file. There are many books in one, she moves away from the tedious archival inventory to make way for a revision of the history of Chilean art in dictatorship, a personal history that complements the official history. And the fact is that the figure of Luz as a collector provides an ideal ground for Paulina to guide us through the investigation of the past, generating new interpretations and possible worlds.. 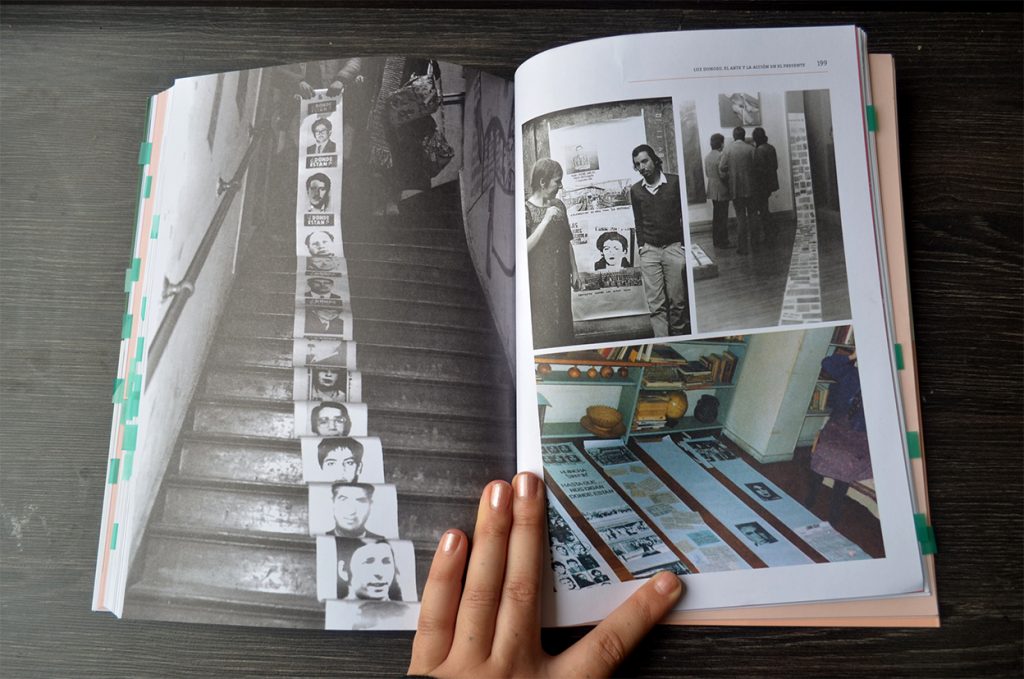 Paulina meets this overwhelming file and installs her personal problems of how to become non-investigating. Reuse the concepts of Deleuze and Guattari to try to describe the way the collection of Light is organized as a “monster” file: The monstrous as that which does not conform to a single way of being, which has no sense, is indomitable , it emerges when it is not expected, it makes visible what it does not want to see or insists on what it wants to forget.

To confront such a vast material, Paulina solves the problem by situating herself from an affective relationship in order to relate the different aspects of her experience. Among his reflections, she places Luz within the critical spirit of feminist movements and connects it with the concept of “Herstory”: It not only refers to women but to a process of transformation that can become many other forms by going through common histories and the ways of understanding intellectual production. Highlights the work of “women who keep” in a time where censorship, omission and disappearance were everyday violence, save is an act of rebellion and generates historical material: L. Donoso wanted to remember everything when only confidence in memory he could offer protection against the disappearance and its deletions.

Her collection includes more than 200 cassettes that record meetings, assemblies, seminars, workshop conversations, among others. These audios illuminate scenes of the spreading of ideas, debates between artists and political organization that had to be realized behind closed doors before bursting in the street (If they were lucky enough to do it). An episode to highlight is when Luz attends the seminar given by Nelly Richard, in his file are stored the dictations that Richard himself made reach the assistants before the chair. It is in these contexts where more artists and people from the art world remember Luz with her cassette recorder. There are also anecdotes from the workshop, such as the one that occurred in a recorded conversation with Juan Downey, based on the work La huincha sin fin de Luz, which consists of long strips of paper with faces of disappeared detainees: 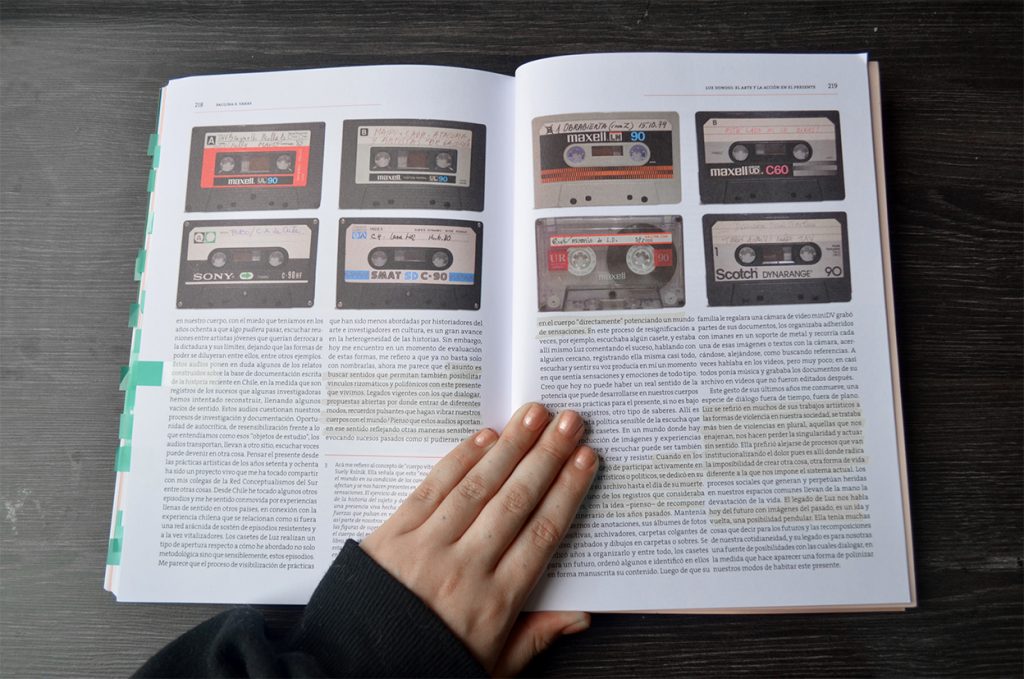 Luz Donoso: Can you take one of these?, Can you say they are your friend?

Juan Downey: Yes, what are all my brothers, I would like to incorporate this work into what I am doing. I’m doing a program about the Chicago Boys, then they give very contrary opinions, it seems that many right-wing people are doing badly (…) Hey, I’m desperate to record this, I’m not relaxed.

The repetition is a recurrent concept in the book and in the work of Luz, because she listened to the tapes again in the midst of her cavils and work processes. In addition, she belonged from the beginning of Workshop 99 but always questioned the alleged infinite serialization of the engraving and its limitations of support, although it was the tool that had the most at hand never ceased to question her academic character and her incoherence in the public space. It is from her political actions that Luz solves the solution of the silhouette or the draft (as she referred to contemporary stencils) as a way of signaling that can be presented on the street over infinite formats. Through these works she is responsible for tirelessly marking the places where it was known or rumored that torture and human rights violations were carried out. Later, the silhouette and the high contrast become an endless ribbon, the endless huincha, made with material provided by the group of relatives of disappeared detainees and Light collections. The work was recreated and installed constantly corresponding to the uncertainty about the whereabouts of the bodies, “until they appear”.

As mentioned at the beginning of this text Luz Donoso: The art and action in the present is itself many books, is full of anecdotes, historical fragments, unpublished photographs, record of missing or hidden works, traces of bodies, it is a compendium of everything that implies art associated with life when the action is happening, the incessant work of a prolific artist, they are vestiges of the present and the past illuminated by a firefly.