There are several cases in which only mentioning America, you are immediately tempted to fall in an historical revisionism. Here, by contrast, the turning point surpasses that natural reaction and our reflection takes a turn to where realities are not branched, but they are transeducated or even better, are merged generating a Latin American interbreeding: A transfused visuality, which is nothing but proving the influx of these five hundreds years in which we have roughly carried out, but above that, it confirms our ability to culturally develop ourselves and to access to a metalanguage recognized as unique, and to showcase it we have those 15 Latin American artists of international importance who are part of important collections and museums such as MoMa, Guggenheim, Pompidou, Reina Sofía, Sao Paulo or MALI, opening the new space of Aninat Galería, trying to establish how that mark prevails. Thus, Sisgismundo by Vajay, Liliana Porter and Marcelo Brodsky from Argentina, Analivia Cordero from Brazil, Carlos Motta and Oscar Muñoz from Colombia, Lotty Rosenfeld, Sybil Brintrup and Raúl Zurita from Chile, Ricardo Rendón from Mexico, Patricia Belli from Nicaragua and Sandra Gamarra, Alberto Borea and Huanchaco (Fernando Gutiérrez) from Perú, being curated by Isabel Aninat, give shape to this collective, managed, and prepared sample during more than two years by the gallerist. 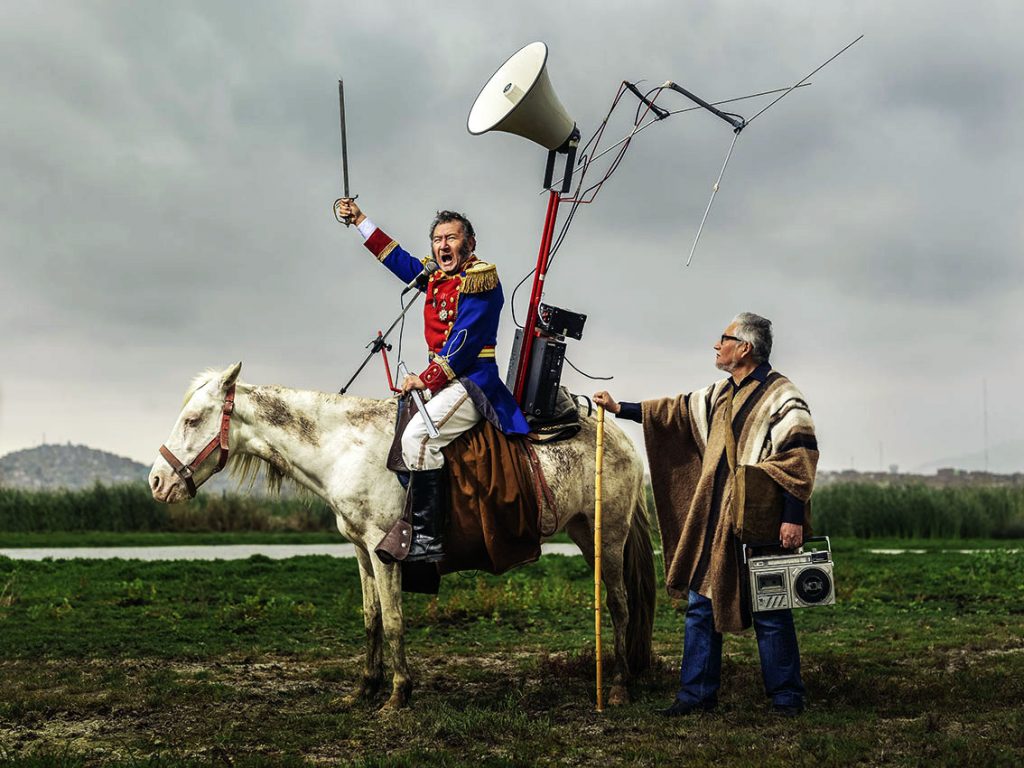 Let us start from the basis that since Martin Waldseemuller with the participation of Americo Vespucio, presented the Tabula Terre Nove in 1513, where for the first time the name America, so the image of this portion of land has been set in such a way, that nobody born in this continent can be said to be immune, neither from its origin, nor from the influence inherent in a reality eminently marked by coexistence, where it is impossible to measure the degree of transvestism between the native and the imprinted culture, but we agree that each artist present here is a carrier of this ambivalent temperament between native and foreign. Therefore, it is not strange to see that in this multicultural exercise the collective imaginary is used to put on this reversible attire. 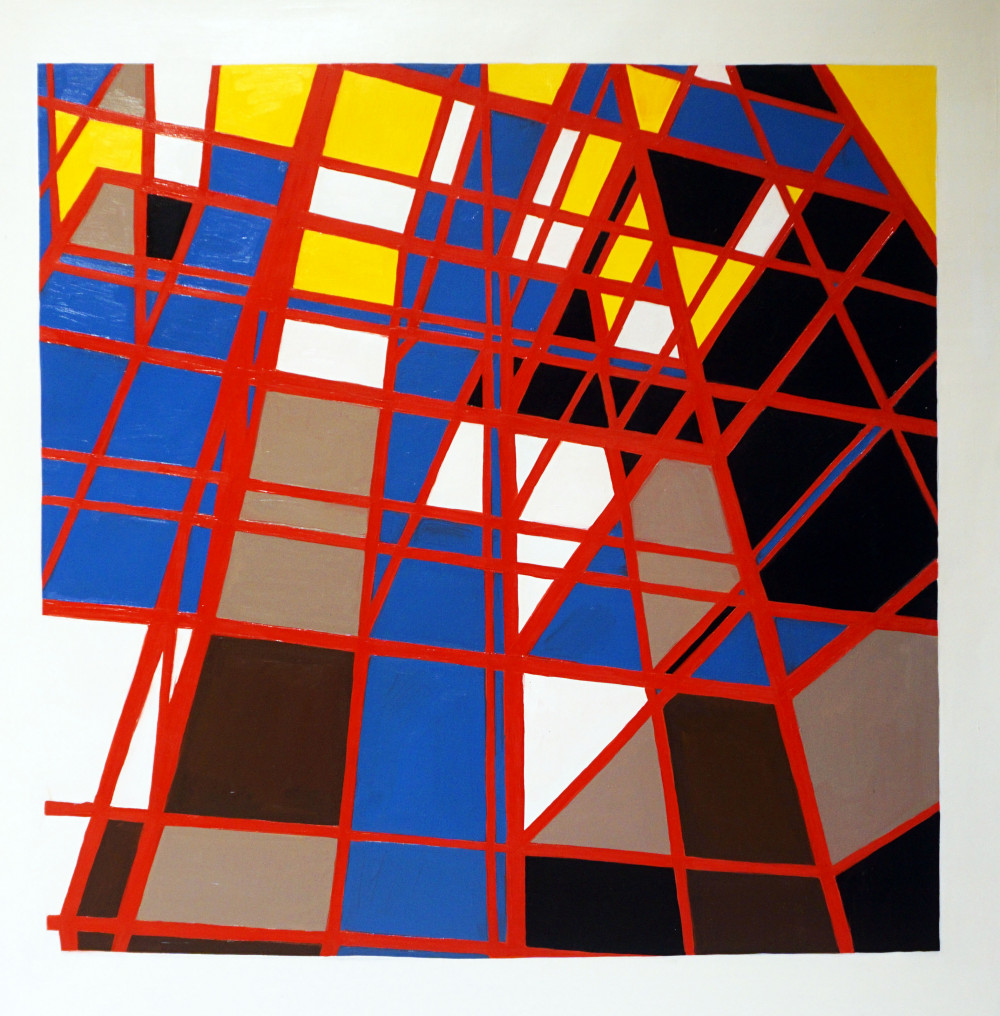 A mimetic act that denotes a cultural transvestism arising from a singular retroprogression, given that over time, a mestizo, creole and common past -which today speaks for itself- is commonly remembered, guided by the permanent idea of ​​generating a visual transfused that responds to that historical memory, but that in turn incorporates that vast and heterogeneous cultural and multidisciplinary intersection incubated for years in each of these artistic projects, giving rise to a staging that since its genesis reworked both the myth and the rite that goes around this America always rebellious and untamed. 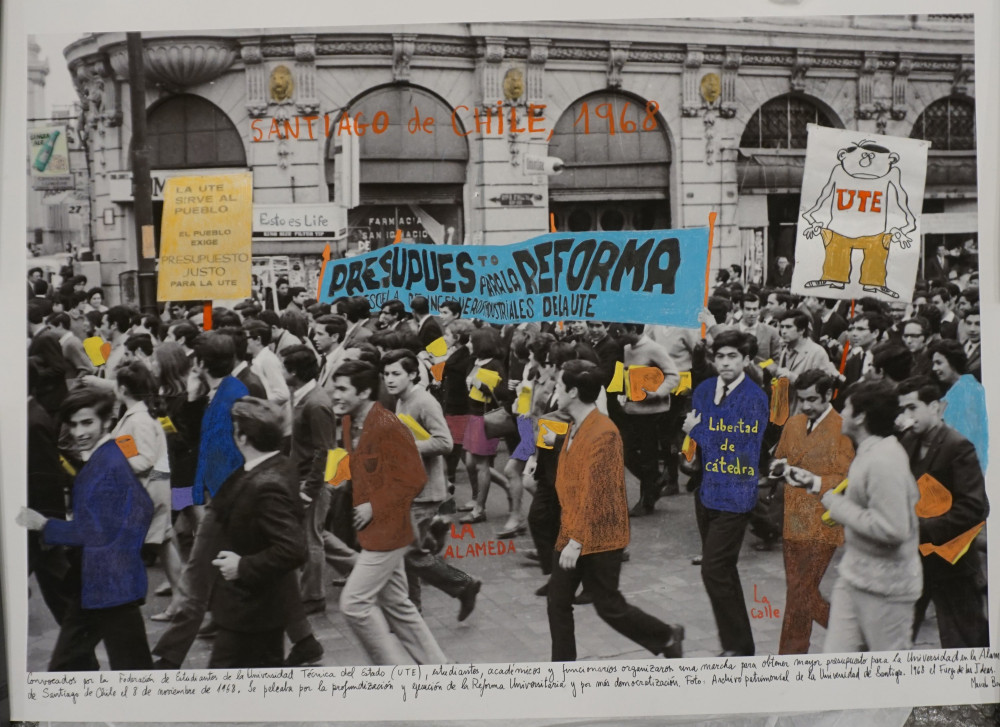 It should be noted that this exhibition is not limited only to the corrosive, but rather articulates proposals ranging from irony to the visual fable and symbolism to the conceptual, but regardless of their conception, in general point towards a decolonization, understanding the term not from the classical ideological struggle implicit in the supremacy, but rather as a reflection on a cultural identity determined by the continuous transfer of communicating vessels, which were investigated long ago in the first homonymous sample of 2008, but that in this opportunity the post continues, taking up a thread that allows us to understand even more the different derivations of American art, a reflection of this group of consecrated and emerging artists that give us a fresher perspective of what is the contemporary of this undeniable involuntary hybridization. 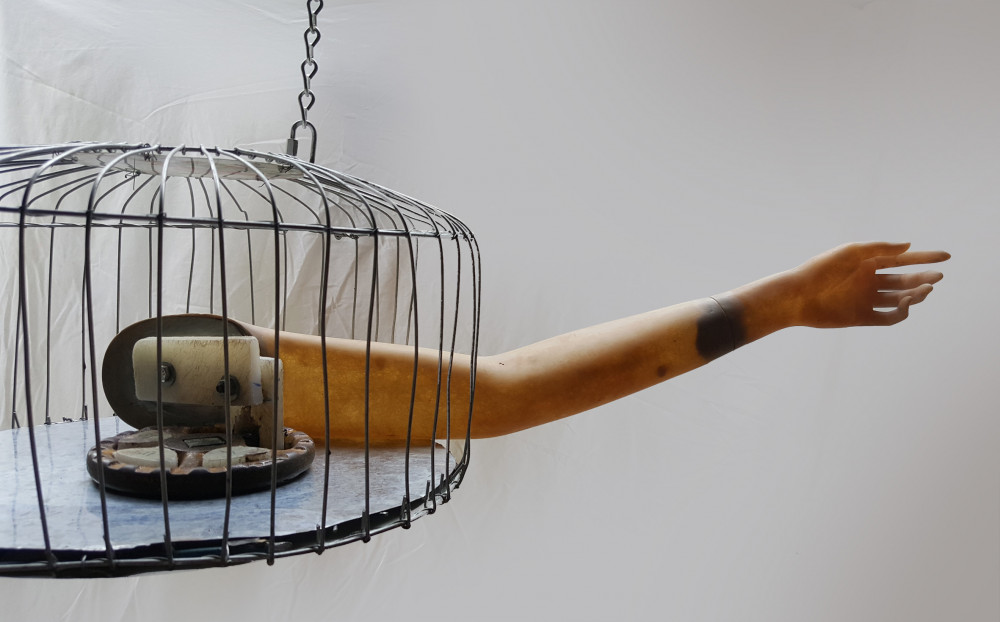 However, it is important to mention that above these renewed possibilities of expression, Latin American Entrecruce: Cultural Transvestism, invites the public to assume a significant role, from the moment they can, reinterpret in parallel and from their particular experience, this plastic deployment -reflexivo, which accounts for a process full of confrontations that have not only determined our present, consequence of something remote, but as a product of the closest past, full of totalitarian governments, where no one was alien, and therefore has had an impact on Identity projection, which to some extent agrees with that held by Levi-Strauss, in relation to that – “The construction of meaning is associated with unraveling the primal parental codes”, which is nothing else than this where, together with the pre-Columbian, Western colonialism converges, interspersed with a myriad of influences acquired at face value as part of the e a process of indoctrination, assimilation, formation and search that affects until today, but not reverencing the great powers, but as a procedure that progressively clears our most atavistic questions. 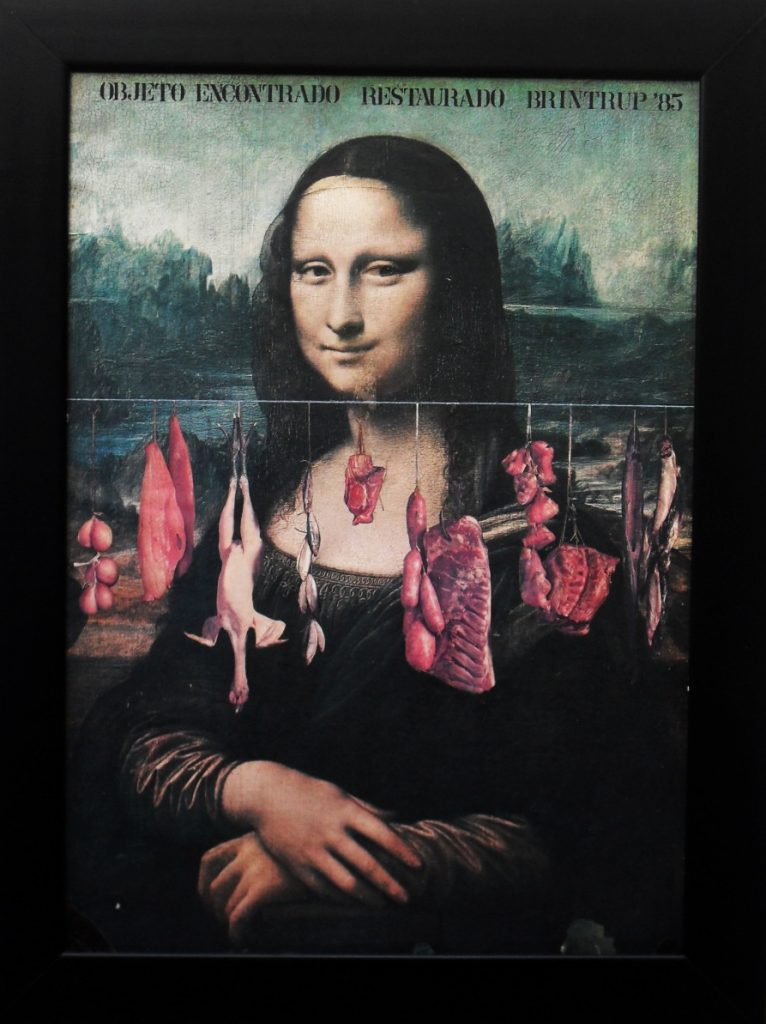 Although, many of the unknowns of insurance are not going to elucidate here, at least in this Latin American Entrecruce: Cultural Transvestism, we can appreciate and with relative clarity the new aesthetic guidelines arisen from that evident rupture with those signs of decomposition that the past has It has been leaving behind, and as a result has led to a transition or point of balance that has legitimized this American doing, which incidentally is projected in the words of Peter Sloterdijk – “We all come from illegitimacy, but everything is a great workshop of repair where we continually put spare parts. ” 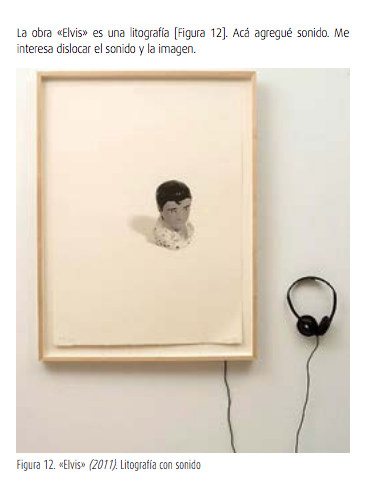 Booming Poetry | From the insight to the outbreak

Zurita, verás no ver: cronics of an age