There are several instances in which you tend to cling on reminders to reconstruct your history, and in that vast déjà vu you find out that even shadows have gone, either because the untimely natural disasters have brandished its incisive and real state depredation has absorbed as much as they could, even burying the centenarian house of my grandparents when they rise a new dreadful building. What did not prevent my father from crossing the Forest Park towards this house, remember: “Before here there was a spectacular lagoon and in that Castillito the little boats were rented”, making reference to the one built in 1910 by the architect Álvaro Casanova Zenteno, and to corroborate it was installed at the exact point where the depression of the ground helped the story travel beyond 1944 (year in which it was drained) and listed several buildings that this Santiago de Chile, left in the most absolute orphanage.

Without abusing the nostalgia, or wanting to arrogate to me an imposing architectural erudition, it is important to make a stop regarding the patrimonial impairment that our capital holds. A double reading that by the way is widely disseminated, but from which I focus my interest in mapping places linked to different eras, as an orbital axis of important generations, witnesses of the gradual cracking of the castes that in their origins sustained it, bringing with it a debacle and imminent laziness about its preservation, care and the consequent loss of heritage, generating a residual and multiform spatiality of which nobody takes over.

“Long time ago, there was an amazing lake and in that little Castle little boats were rented in here”

I hope we don’t have to resort to the virtual reality of the augmented reality to appreciate the wonders depleted by the machinery. Starting with the Puente Cal y Canto, one of the most important engineering works of colonial Santiago with 202 meters long, 12 meters high on the river and a total of nine arches of 9.2 meters, entirely built by inmates, under the tutelage of Corregidor Zañartu in 1782 and demolished in 1888, after a temporary accident. Paradigmatic is the case of Estación de Pirque, built in the framework of the national centenary, and despite the great similarity with Mapocho Station, also designed by Emile Jéquier, did not prevent its collapse in 1944. Cruel slap of fate that year would reach to a La Quinta Meiggs (1864) designed by Jesse L. Wetmore, of pre-Victorian style of New England, but as it is limited in “Santiago, styles and ornaments” by Boza, Castedo and Duval: “It differed from the Bostonian archetype, in the volumes, in the excessive horizontality and, especially in the lateral and background projection “. That obviating the palatial façade, the extensive terrace, the water fountain and the portico crowning the fine balustrade supported by imposing Ionic columns, guidelines that however, did not prevent their parks were razed four years before their stately home. 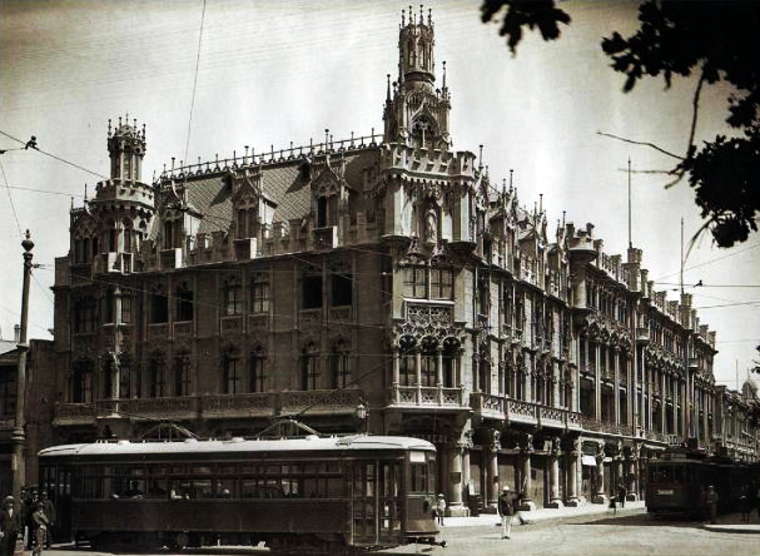 Seen in this way, it is unfair not to add other victims of this immense inaprehension, such as the Palacio and Quinta Díaz Gana, after Concha Cazzote (1876), construction of 3500 square meters between Byzantine and Islamic, where Teodoro Burchard, arranged a game between the outer arches alternating the arches with the horseshoe and their lateral bodies, ending in medieval battlements, an eclectic mixture that after being dismantled gave place to the Concha y Toro neighborhood, having as battering ram to the emblematic Teatro Carrera, the first theater of sound film inaugurated in 1927. Theme that reminds me of the Cine Metro, where the opening was attended by Clark Gable himself in 1936 and the Cinerama Santa Lucía (1937) with his films in Technicolor, demolished to build a hotel in 2003. Now, if we talk about hotels how to forget the Crillón, designed by the Austrian Alberto Siegel and the Swiss Augusto Geiger, between 1917 and 1919, as a mansion for the Larraín Gar family cía-Moreno, but after its sale was luxuriously decorated, becoming the first great hotel in Santiago, until in 1977, closed its doors to finally end up in a gallery and in a – to say the least – curious branch of an acquaintance trading House.

It is worth clarifying that I do not intend to pontificate, but to urgently avoid that this metropolis, in addition to peladeros is replete with prostheses and imbunches that end up constricting even more its physiognomy, sheltering in a notion of preservation that accepts conciliatorily “structural synecdoches” (the ódigos por el todo) who safeguard the facaderoffering itsED to an eight-story hotel; as it happened in the former Casa Rivas, also known as Ex Casa Montero, designed by Eduardo Pavasoli in 1887, and which was reduced to an exoskeleton, as a consequence of a bizarre hybridization, which also resulted from the exacerbated unpredictability, allowed to condemn the classic Portal Edwards designed by the architect Carlos Barroilhet Budge in 1901, after its demolition in 1988, it was replaced by a true mockery of neoclassical architecture. Something no less serious to what happened with the Palacio Undurraga (1912) in the Flemish Gothic style, full of windows with lobed arches, of which only one Virgin Mary and two lanterns are ironically preserved, as a painful memory. 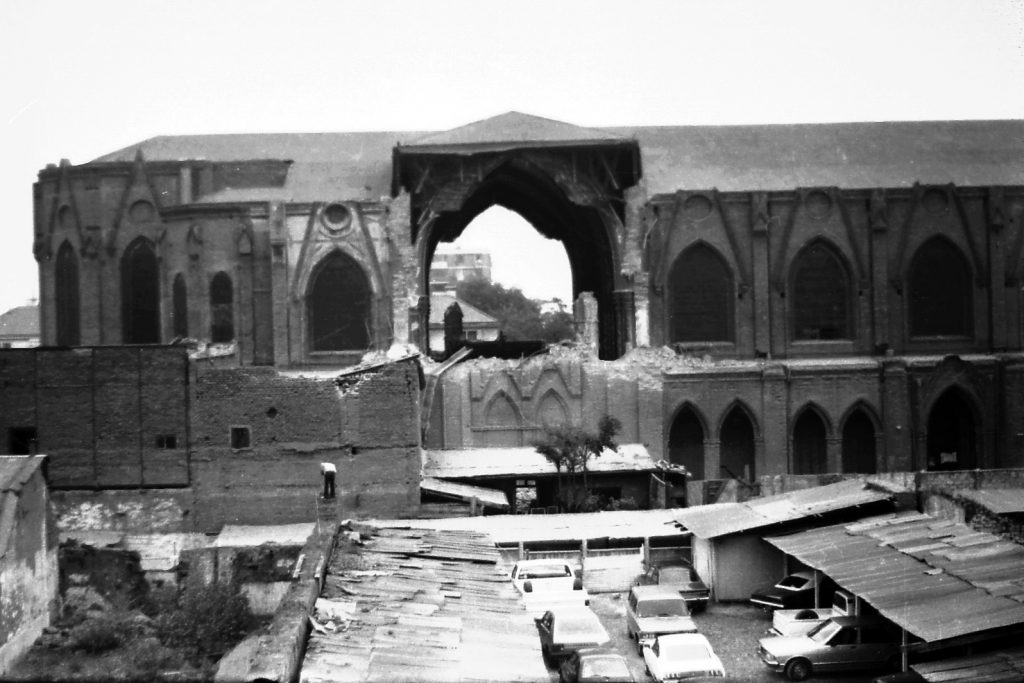 Fernando Castillo Velasco would say: “Many architects are slaves of economic interest”.

Let Santiago be the capital of indolence and as evidence of that, I propose a counterpoint between the vestiges of the Savior’s Basilica propped up by divine grace, since the earthquake of 1985 and as a counterpart the recent loss of the building of the Faculty of Sciences Chemical and Pharmaceutical of the University of Chile, with its French-style neoclassical founded in 1884, which used to see for years towards the Society of Writers, and that today is the symbol and zone zero of this naturalized unrest. Because as Mario Rojas Torrejón said: “Since Vicuña Mackenna there has not been another mayor able to manage the city and defend the concept of the city”. 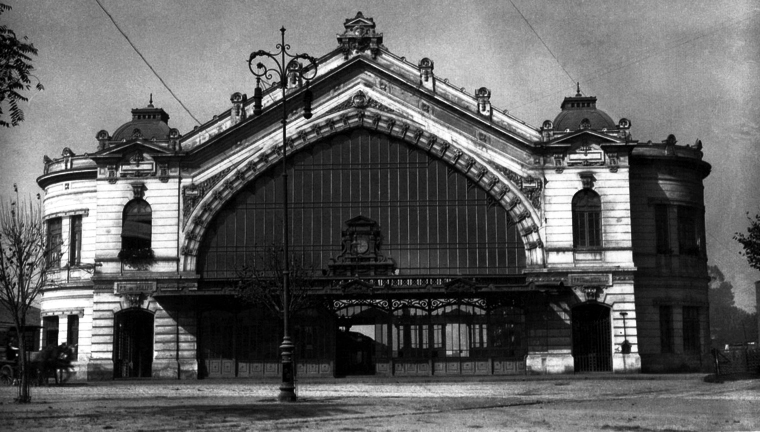 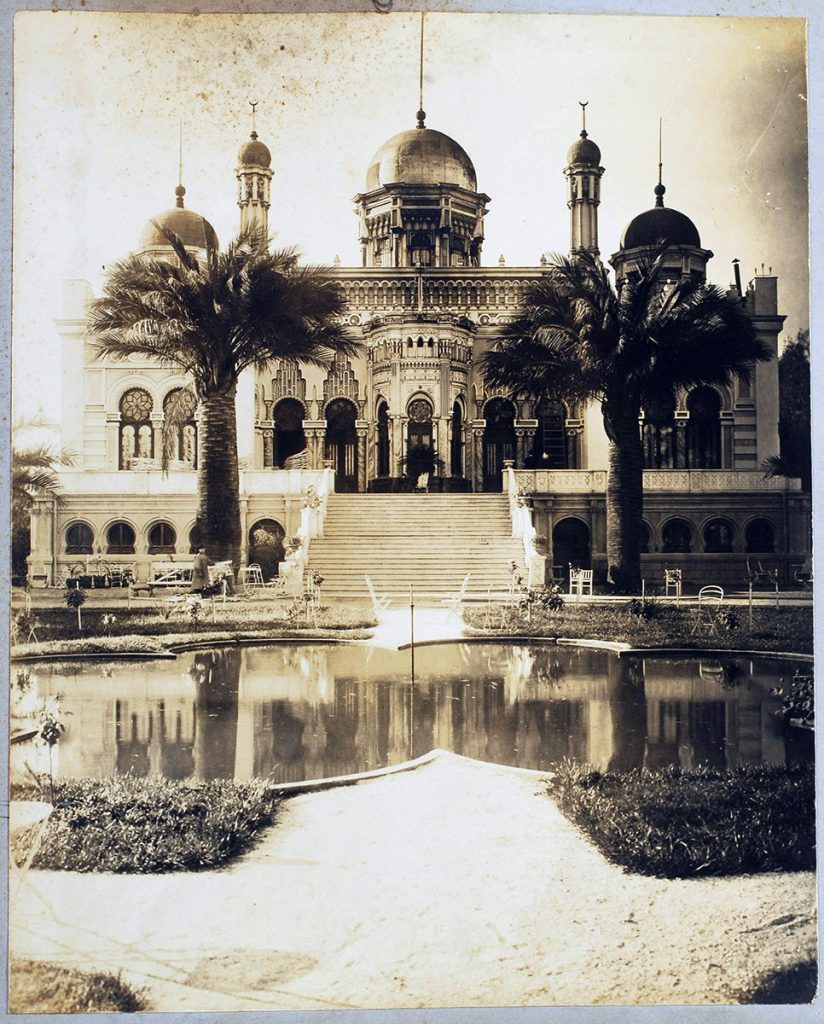 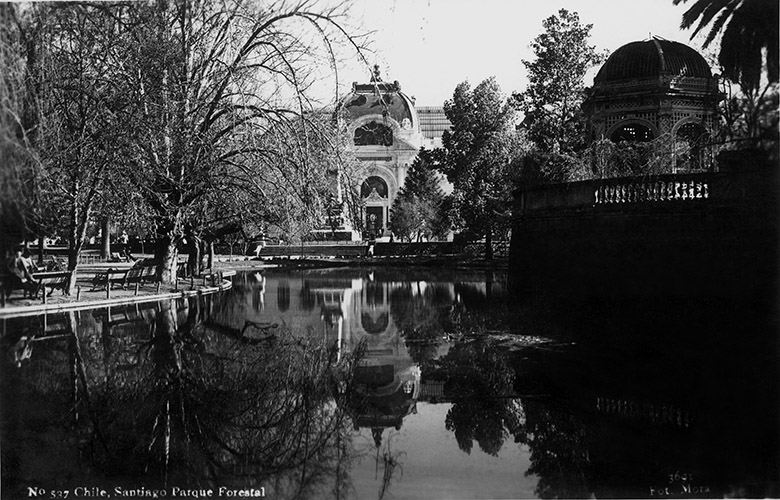 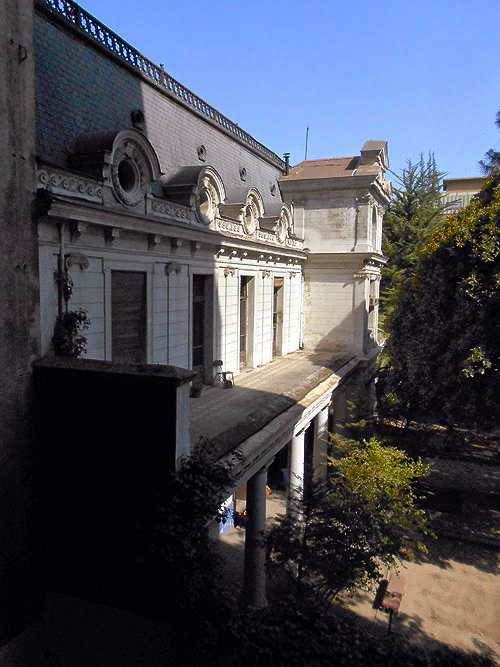