In Los arrepentidos (the regretful ones in Spanish) we are witness of a two men conversation that several years ago took the decision of restart their lives with many operations and today they want to be what they were when they were born. We are talking about transsexualism, about choosing women names to start living completely, about if there is any sensitivity after the operation. It is a private conversation among real people transcribed, translated, turned into an artwork, of elderly stuck people in the middle of the way.

Alfredo Castro plays Orlando. Dress in red, jewels, high-pitched voice. He is the oldest, the one who tried to be a woman more time ago and also the one who has taken his operation to the end to stop being Cristina Margarita and be able to be Orlando. The character of Mikael is played by Rodrigo Pérez. He wears blue clothes and has a deep voice. He was 50 when he became Mikaela and now, he is trying to get an operation to be completely Mikael again.

Saying it or not

One of the things that your doctor emphasizes to Mikael during the process of becoming MIkaela, is that he has to tell people about your transsexuality in order to establish true relationships that can last based on trust. That’s why Mikael is shocked that Orlando received the opposite advice when she was Cristina. Orlando never told anyone, he even had one man per couple he never told him in years.

Not only what they say about their sexuality affects their lives, what others feel with the right to tell them also affects how they perform socially. He is inhibited when they bother him because of his finer voice, because of his more delicate gestures; the other one mounts a scandal greater than that of his aggressors and he holds up his tears until he reaches the comfort of home.

Otherwise there is what the state of Sweden says, which initially gives them the possibility of changing sex, but then they are not so accessible to finance the second operation, that of the regretful ones. This is where one can feel the certainty that in Chile the state will work the same. If A Fantastic Woman showed us that as a society there is no way to include transgender people, the repentant poses challenges in the future, when coexisting spreads. And after a while the function ended, the concern is whether this problem is currently being faced by people in Chile. 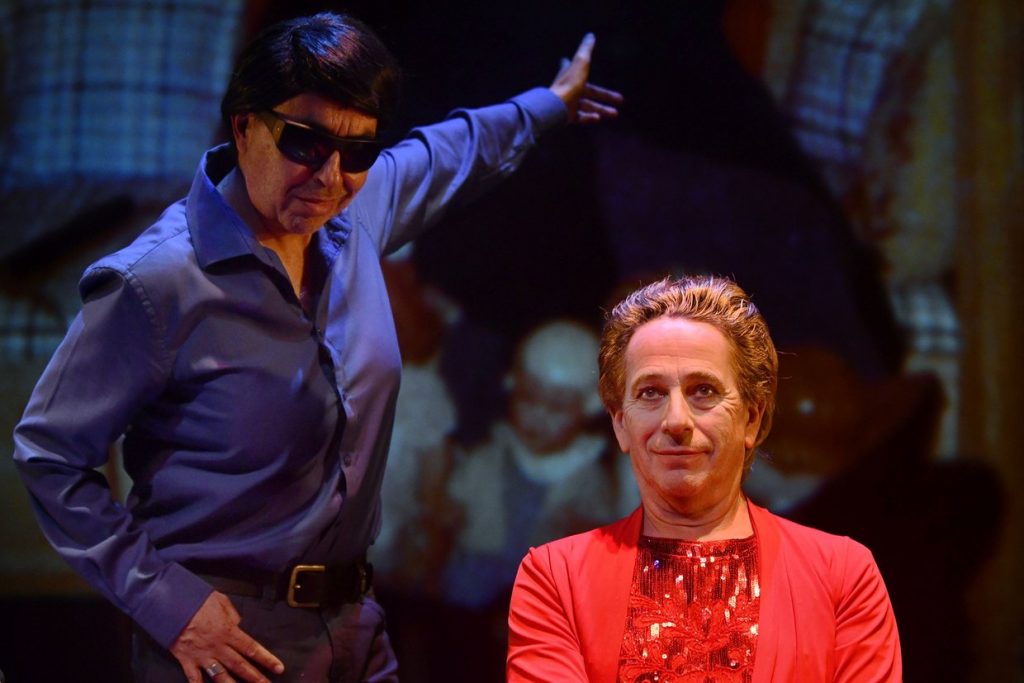 If definitions are all about, the concepts discussed here can be defined as if they were a quantum property: you can observe them but you can not finish defining what they are. Man, they say, then they ask what is a man? Mikael touches his chest and says “I assure you that a man does not have these tits”. They laugh.

It takes them a little bit hard but they enter into confidence and laugh at their stumbles. They get like teenagers when they talk about meeting people. They have more than 60 and sexuality is what they have in common, even though their stories are so different. Both thought they were unique and little by little they unraveled meeting points, solitudes that also find the public.

The looks of strangeness that awaken are the nightmares of Mikael, he feels them in a bar, in his work, in the rejection of the women he likes. Orlando felt it when it was Cristina and her lover man was looking at her trying to decipher it, and she hid her truth, felt how it could be read in her eyes to have been born a man. A rejection that makes them look to future lives. They say maybe we reincarnate in a world where we are normal, maybe we have to suffer because then we are going to be born women. The transmigration of souls is a hope of relief, of the acceptance that this world was not able to give them.

The normal thing is the great concept that eludes meaning in Los Arrepentidos. The attitudes of the protagonists before the imposition of being normal, of being regulated as the rest, account for life experiences that may well strain what is daily for the audience.

Under the direction of Victor Carrasco, Marcus Lindeen’s screenplay for Los arrepentidos takes place in GAM until March 31, with performances close to 70 minutes from Wednesday to Sunday.