“My pieces come to life in the moment I start working on them. When I pick them up, they are devoid of those feelings, of that burden, of that value. It is my job, my discussion with them what assign them that poetic spectrum”

LThe sample Lírica Residual, of the Costa Rican artist Montserrat Mesalles, stands out among the best of the Madrid expositive agenda inside the Arco Vip program of this new fair edition. Her piece is an exceptional case in the contemporary sculpture area in the context of of Latin American and Caribbean art.

About this exhibition, its curator says: 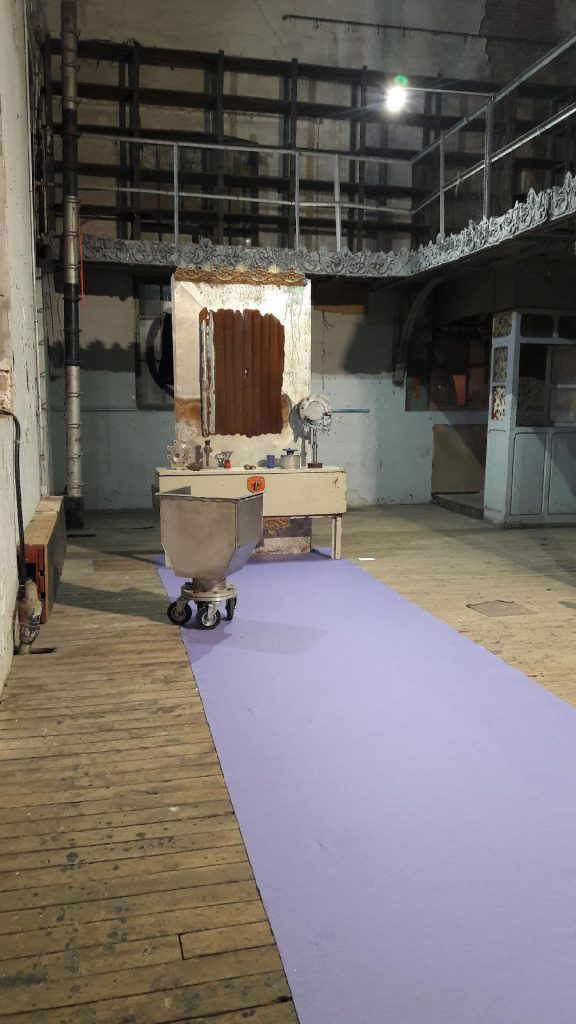 In times of ideological wear and excessive saturation, this exhibition proposes a critical (and playful) reflection on the state of programmed obsolescence understood today as one of the many sentences that revolve around contemporary culture and its construction mechanisms. In this way, each of the pieces assembled here establishes – in its own way – a critical commentary on that predatory condition of the contemporary subject and its practices of overexploitation, production and consumption. For this reason, the terms immortality and permanence abandon their meanings to be used to become arguments or premises on which the sculptural discourse of Montserrat Mesalles is organized. His work is undoubtedly an exceptional case in the objectual dramaturgy of artistic practices in the Latin American context. Exceptionality that is given to him by the skill of his conceptual prefigurations, the technical skill protected in the resources of a prodigious imagination and the declared commitment (and position) against the evils of his time. When contemporary culture is on its way to becoming a great dump, this artist is committed to the recovery and restitution of the value of the objects that accumulate in industrial cemeteries. Spaces that are nothing but the most eloquent metaphor relator of that strange dynamic in which man is transcended in his animal-humanity. The work of Mesalles is a kind of epiphany, of celebration of life where the most stale gravediggers decree the death and obsolescence of the object after a time of use. These objects, in their strict condition as works of art, enjoy a discursive duality: on the one hand, they respond to the enunciations of amusement and aesthetic distraction; on the other hand, they support a call for attention to the paradigms of contemporary ecological discourse and to all sustainability and conservation policies. Montserrat is not a sculptor in the traditional and reductive sense of the term. It is, by far, a maker of great metaphors, an architect of new dreams, an artist who assumes – in the first person – the essential commitment of art: that of being a voice that speaks and interpellates the strange dynamics of this world of ours.

Montserrat Mesalles was born in San José, Costa Rica, where he lives and works. He obtained his bachelor’s degree in Plastic Arts, with emphasis in painting, at the University of Costa Rica in 1986. In 2016, at the same university, he graduated with a rigorous research on industrial waste and the reuse of materials, responding to the commitment that he has acquired with his artistic practice where sustainability and recycling dynamics centralize his work methodology. This interest was born in the artist as a result of the very close contact he has had with machinery since he belongs to a family of industrialists, which led him to acquire a fascination and a remarkable curiosity about the operation of them. All this translated into a concern for the processes of accumulation of waste that the industry dispenses in a rather arbitrary way for the health and hygiene of the environment. It was then that these discussions awakened in her a critical awareness assisted by the need to conserve and preserve the planet. Currently, sculpture is defined as the medium and the fundamental artistic language in the context of its poetic and discursive statements. Artists of the stature of Mark di Suvero, Robert Rauschenberg, John Chamberlain, Anthony Caro and Bill Woodrow, have been a profound inspiration for the Costa Rican artist who, like them, uses “industrial waste” as the material and structural basis of the work. From these influences and from the establishment of an own language, where the concepts of sustainability are amalgamated with a contemporary reinterpretation of Marcel Duchamp’s notion of found object, Mesalles warns that everything in life has a renewable potential and that in today’s world -where there is so much abundance and overconsumption-, it is possible to prolong the life of many pre-existing materials, leading this to its practice where absolutely everything it uses, even the crystals are recycled- consecrating, in such a way, a sort of lyric of the residue. Recently his work could be seen in Spain in a wonderful individual exhibition ” El objeto esculturado” in the Old Convent-La Merced Museum of Ciudad Real, in the collateral event of the Venice Biennale 2017, Personal Structures: Crossing Borders of the European Cultural Center and The GAA Foundation, and is one of the artists invited to the next edition of the Havana Biennial that will take place in Cuba during the months of April and May of 2019.

Contemporary art takes over the streets of Madrid