The written and edited research by Patricia Andaur and Paula Véliz, published by Ediciones UC, gathers the activity of this artistic center from its creation in 1956, a unique piece by Nemesio Antúnez and of great influence for the recognition of the engraving as specialty in the field of plastic arts.

In the context of the celebration of the 60th anniversary of  Taller 99, this work reconstructs its history based on the testimonies of many of its founders and artists who passed through it, as well as knowing the experience of the current members, conscious of the urgency of rescuing this past that fights against oblivion. 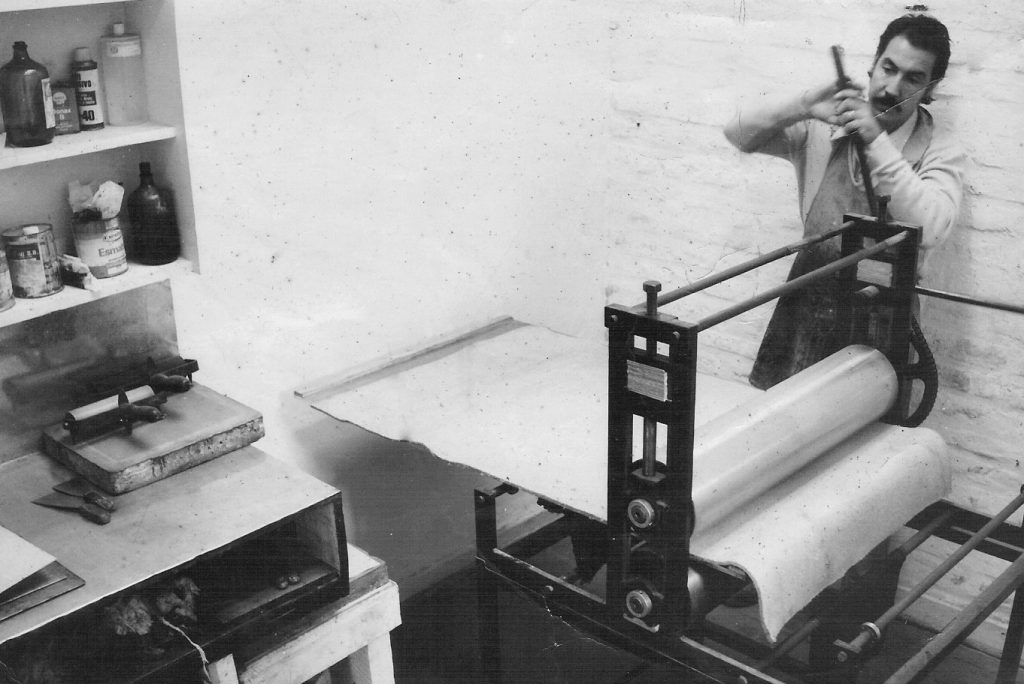 Around 500 artists have passed through this workshop and it has changed its address five times, but still preserves the presses and tools that propose methods of work of yesteryear. After getting to know Stanley W. Hayter’s engraving workshop, “Atelier 17”, located in New York and Paris, Nemesio Antúnez decides to replicate this idea in Chile in order to rescue these forgotten medieval techniques due to technological progress and the arrival from modernity to the plastic arts.

“So, once installed in Guardia Vieja 99, which was the house of the tenants of the old hacienda of Don Ricardo Lyon, a large country house that served us to enter Santiago, to feel what it means to be a painter, painter Chilean, after living for 10 years as a transplant, as a foreigner, I came back, in short, to paint Chile from Chile, with a wider vision of the world, with other projections “, is what his founder wrote in letters and, Through the sheets of Taller 99, collective memory of the engraving in Chile, you can read Antunez’s different thoughts and archive material related to the foundation and development of the artistic center.

After four years of work, the Pontifical Catholic University of Chile invited them to move to the fourth floor of the Central House in Alameda, which meant a great step to continue developing the art of engraving through teaching. The work of the Workshop 99 was recognized in the School of Art as a specialty option equal to painting and sculpture, proposing a renewed expression of the most classical techniques such as lithography, intaglio and woodcut to different generations of students.

Despite having this great opportunity to disseminate the engraving in the university environment, Antúnez did not agree to leave everything there. In his “carta sobre el grabado” (1989), he states that “engraving was once again confined to schools to teach art students, independent workshops had to be reorganized for older artists, engraving was sick”, enough reason to think together with the artists of the center in a re-foundation of the workshop. 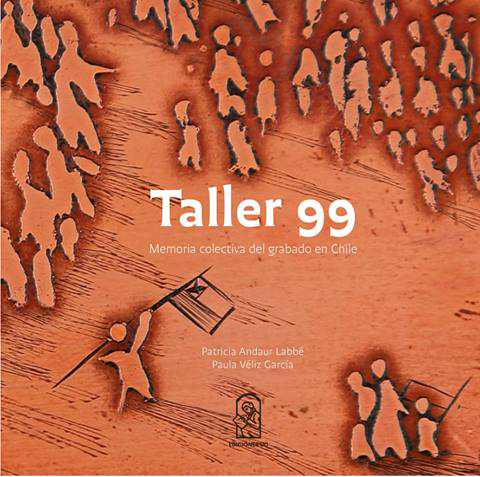 This is how Taller 99 continues with its objective and begins a process of relocation in different spaces of the capital. All these memories and creation processes were documented by the authors in the more than 200 works contained in their Collective Folders, archived for their preservation and that represent a parallel narration on the visual evolution of the collective. Interspersed with the historical account, it also includes the trajectory of the personal property that has accompanied the artists, such as the engraving circle brought from France by Antúnez in 1953.

Taller 99, collective memory of engraving in Chile is available in the webpage of Ediciones UC, at Librería UC and at the main chain bookstores in Chile. Meanwhile its launching in December, the artistic center, together with the Municipalidad de Providencia and its Cultural Foundation, exhibited “Taller 99 / Providencia: Transcurso de Residencia”, a sample that shows engravings and photographs that traverse the artistic center history. The entry is free and will be available until February 16.