People of a neibhor are clashed because of a tree. Some of them want to cut it, others want to preserve the 100-year-old vegetal being. It caused an accident where a motorcyclist almost died, arguing on one side. Listen, say others, listen. The wind blows and the foliage of the tree transmits the thought of a thousand leaves. It is vegetative state by Manuela Infante, an invitation to rethink the apparent peace of the plants.

“What do trees have against my son?” 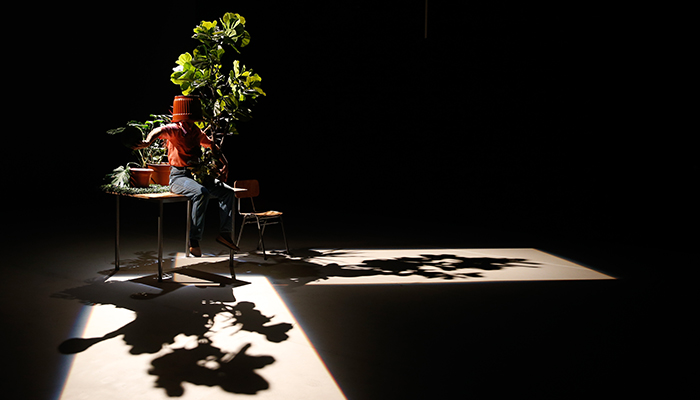 Many voices converge in the performance of Marcela Salinas. In fact it is about a dozen characters who pass through the body of the actress before the end of the show, making the monologue a polyphonic recital, which advances from an initial speech that due to its resemblance to stand up causes several laughs in the audience, even a feeling of generalized anxiety due to the question asked by the mother of the victim. The woman, who blames the plants for leaving her child in a vegetable state, asks “what do trees have against my son?”.

When the people of the municipality arrive with the machinery to cut the tree, they find a girl installed in the middle of the branches. Just like Lisa Simpson did when she camped on the big tree to keep her from being cut. This girl speaks slowly, responds literally to the questions they ask her, confusing and exasperating her interlocutors. The one who is most desperate with the slow rhythm of the young woman is the neighbor Eva. It is no coincidence that his name is that of the woman punished for eating the fruit of the tree of knowledge, of the forbidden tree. The neighbor Eva, who has been warning her neighbors for so long of the danger that this uncontrolled tree means. Order, please neighbors, order. 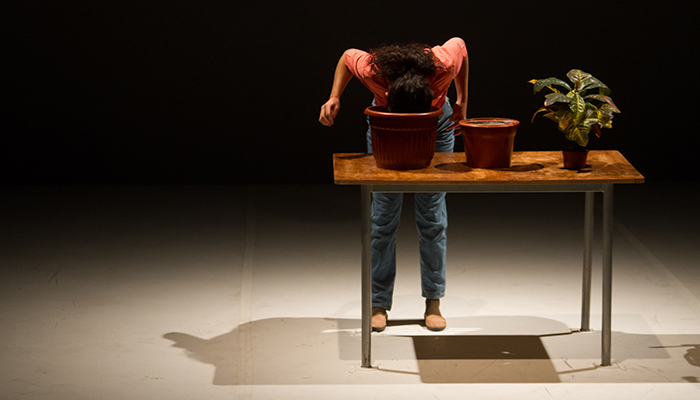 As the accident happens on public roads, many people are involved. The play will give us time to listen to everyone, even those who have lost their speech. “What did you say? Do you want me to take it out of the pot and put it on the ground? “Now Salinas is an old lady who lives alone, takes care of her plants, raises them to a table to talk to them, so they grow strong, beautiful. The hearing aid volume is turned up for deafness, she is sure that the plant said something to her. Yes, land, enough of pots that limit growth. Grow forever, for the hundreds of years a plant lives. In this infinite growth there is one of the most interesting questions of the work, because it questions the anthropocentrism to which we are accustomed, what right is there to cut a being that will live longer than all the people we know? Why do we feel ownership of the Earth if we live so little in relation to the green giants? Is the girl or neighbor Eva right? What will the State decide in all this? Or is it also a vegetative state?

With a perfect framing on the stage, the actress is positioned next to the table, on top of the piece of furniture there is a pot. It’s all the furniture that’s on the boards. After her 10 bulbs illuminate it alternately, marking the passage of the days. Speak in a microphone, under which there is a pedal to play with the sounds, generating repetitions, murmurs, questions. Did the tree put an egg? Is not that a seed? How can what does not move be alive? But the trees do move, they grow slowly and in all directions, all the time, they seem quiet but they are tireless. “It was coming,” says the official of the neighborhood board. He -Salinas- tries to explain everything related to the accident, so that those who decide can judge informed. He saw what happened in the apartment of the lady who planted everything in pots on the ground. He knows what the lady said. Now it’s time for the public to hear it. Take the sheet, the reading of the will begins.

Thy will be done.

Of the Universidad Mayor. 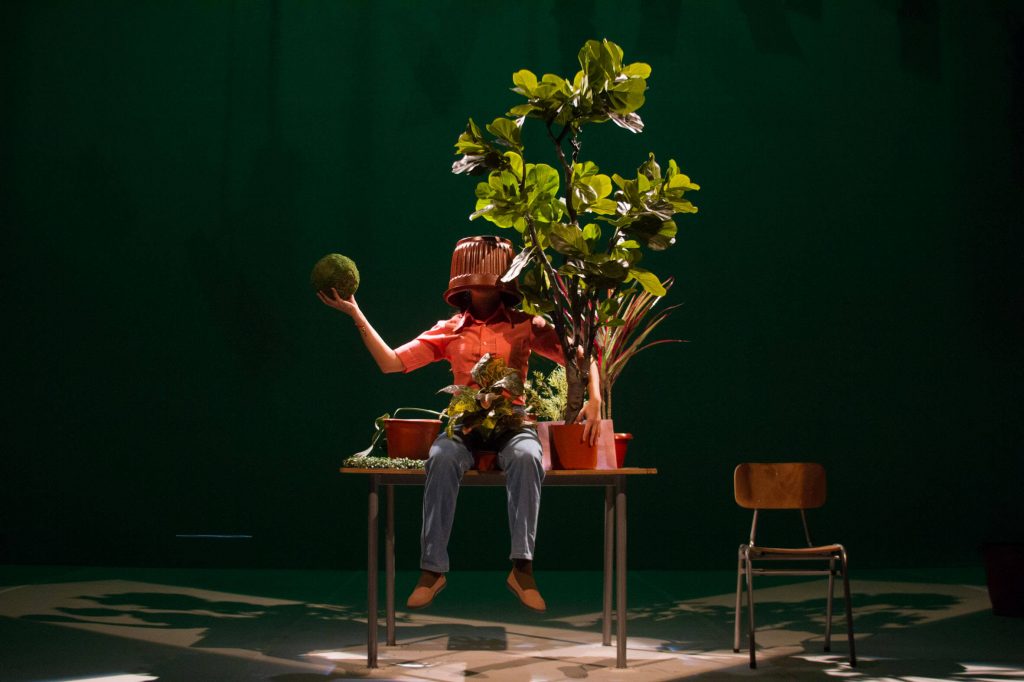 Women in culture: eight contemporary female artists you must know