London, 1977. The Young Enn and his two friends looked for a party where hanging around. They enter into a house and find people dressed in colors. White, orange, blue, they get together, sing or dance, according to their color. One of the group of Friends gets excited with one of the girls dressed in yellow. They talk a little, she is punished because for not following the rules of her chromatic community. Why don’t you come with me? Enn said to her. Said and done. They start the trip what will take them to be a part of a “moment” in front of the local punk matriarch.

“They tell jokes about Zan being member of a sect, and that is why everything is unknown for him. Maybe he has to help her to escape a harmful and self-destructive cult “

Cheerful, youthful, rebellious. This is how to love a punk girl, but it is also scattered and – although they have a couple of famous actors – it is a film with a very amateurish look. The real name is How to talk to girls at parties, but it is clear that this is not Enn’s main problem, no matter how much he asks his friends for advice on how to do it. He is nice and Zan is curious, he wants to know his world.

Is she not from this world? Vic and John, Enn’s friends, joke that Zan belongs to a sect, and that’s why everything is unknown. Maybe he has to help her escape a noxious and self-destructive cult. Plausible but unlikely However, the idea of ​​a cult is short when one of the group leaders of the house of Zan takes possession of the mind and body of a child to communicate with her from a distance. The leader in the house, Zan in a restaurant and the child used as a telephone.

“Advanced the conflict, Zan has to vote. It is nice to see young people have deciding vote in fiction, as well as it happens in real life”

This is the kind of thing that made the critics find it a scattered movie. Now, crazy stories is the least you can expect from a script based on something written by Neil Gaiman. Yes, Gaiman, the master screenwriter who went to the land of dreams to bring Sandman’s story. One of the creators who best knows how to present magical and logical worlds to us, ordinary people. In this film we see how three friends cross the door of an English house to party and encounter entities beyond their comprehension. 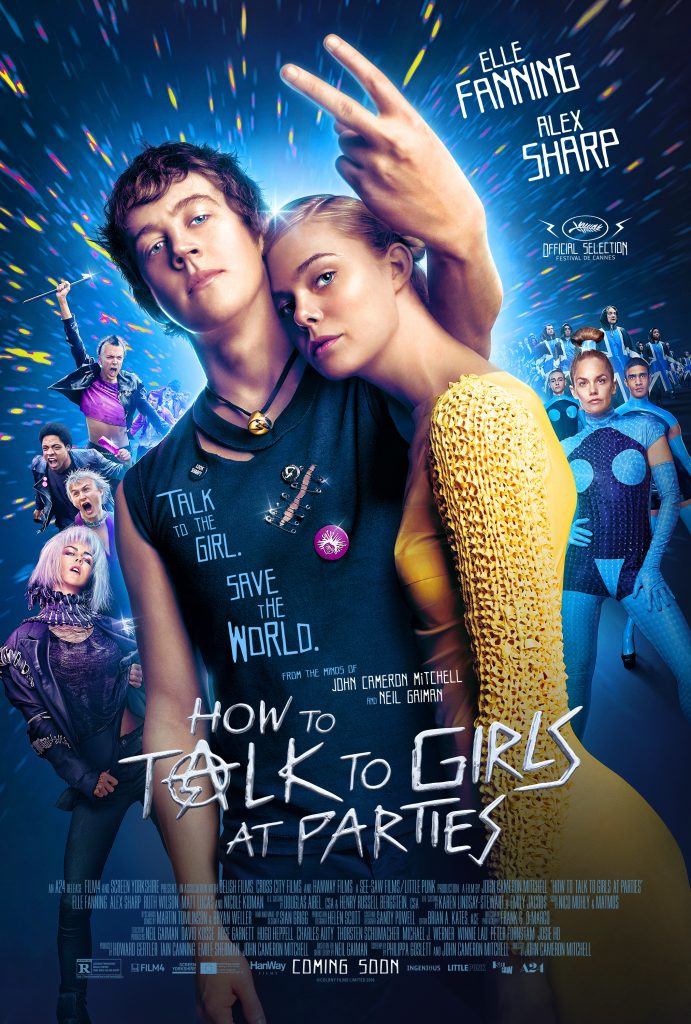 Advanced the conflict, Zan has to vote. It is nice to see young people have deciding vote in fiction, as well as it happens in real life. Here the girl has to decide between traditional and innovation, that old conflict. It is both Gaiman’s fanaticism for the old stories we see as they repeat the tragedy of the Greek titans who phagocracied their descendants. On a symbolic level, it is true that if parents do not allow their children to develop, this cancellation of the offspring that only fuels conservatism occurs. Here the conflict is updated and Zan has something to say about it.

On the other hand, we have the punk section of the movie. The pogo of the anthropos, the children without money who enter the bad, the drunken singers who break the stage. And Queen Boadicea (Nicole Kidman), a woman who manages a punk venue and has the wisdom to judge who is who on the local scene. Enn admires her and does not hesitate to introduce Zan to him so that he knows this woman who marvels her with each one of his irreverent actions. It is in a way a test that puts his recent love, must pass the approval of this mother figure of the punk scene, which, incidentally, recalls the androgynous figure of David Bowie in the movie Labyrinth.

“A band with real value making their first live performance, leaving the audience speechless thanks to the waste of talent that made them shake their bodies to the rhythm of the song” 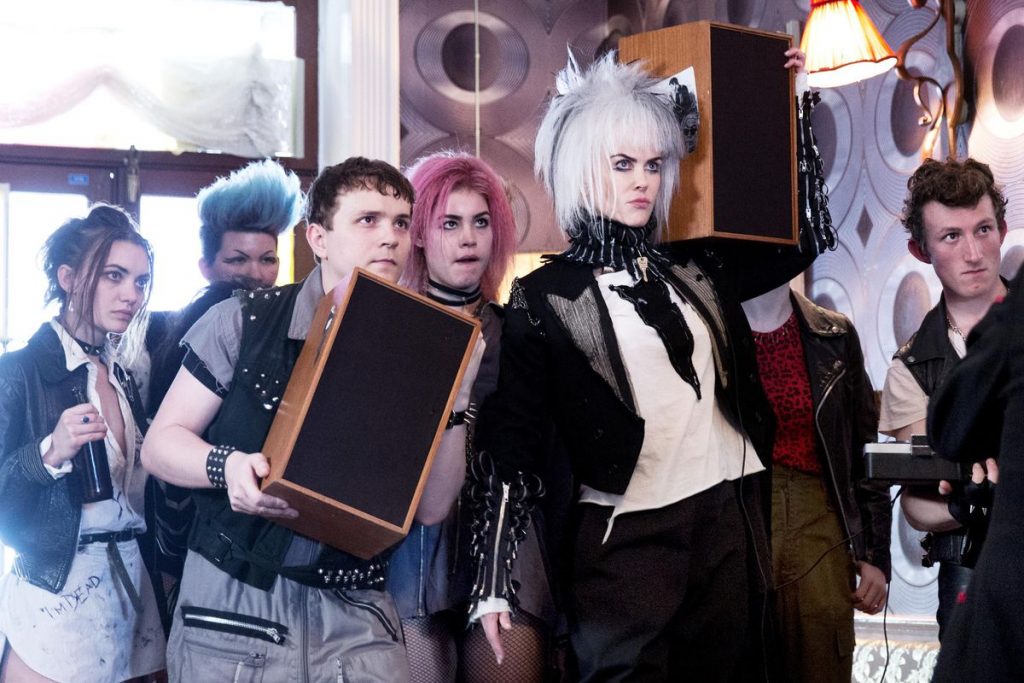 Then comes “the moment.” It so happens that Queen Boadicea – named as a warrior queen of the pre-English – has seen several mediocre bands in the many years she has been part of the underworld. And thanks to Zan and Enn what he calls “a moment”. A band with real value making their first live performance, leaving the audience speechless thanks to the waste of talent that made them shake their bodies to the rhythm of the song. Spontaneous ovation. “Call everyone, tell them what happened.” The expert eye sees the talent and cannot waste the opportunity. Again, it is Zan who has the decisive word on the resolution of this side of the story.

In short, if you want to see a comedy with youthful airs that escape from the commonplace of Hollywood, How to make a punk girl fall in love is more than recommended and can find features at the Cine Arte Alameda.