Chile counts with a rough register regarding its natural resources exploitation, one of the major failures of the country was the saltpeter exploitation and its management. Currently, the artist José Ulloa-Acosta takes this as a start point and reflexes about the modernization of the country as of the mining industry during the twentieth century. In its new exhibition La Fundación, in the Gabriela Mistral Gallery  (Alameda, 1381. La Moneda subway station), accounts for the origins of this modernization as of diferent formal solutions that are photography, sculpture, video, archive, among others. 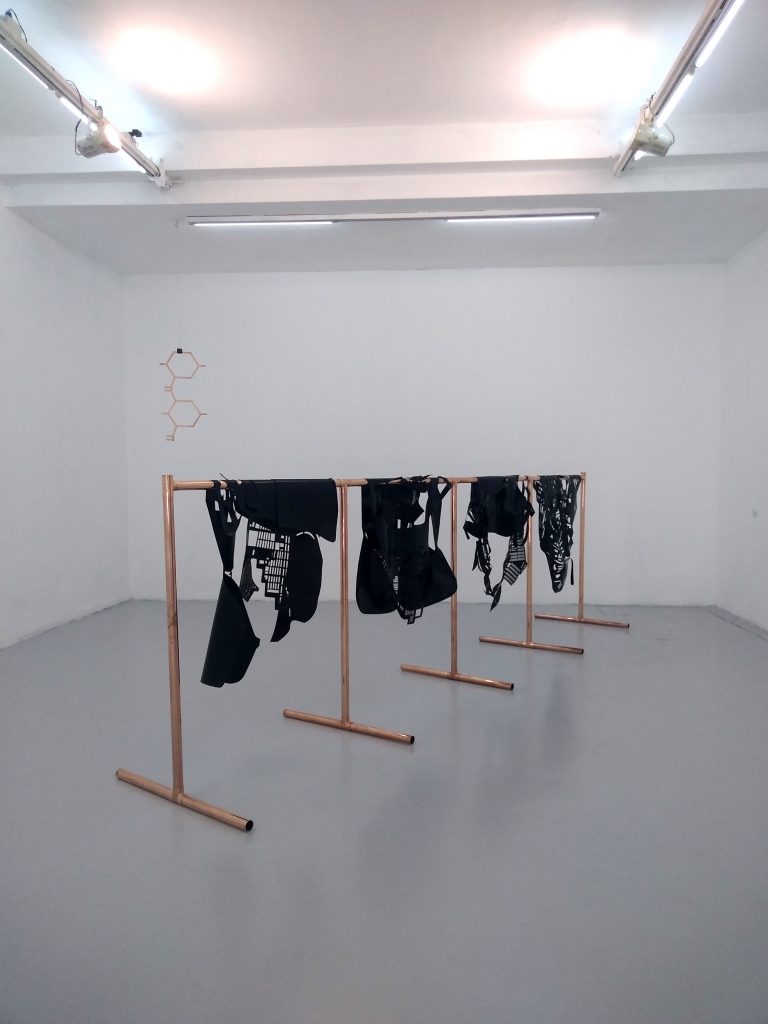 The exposed works give an account from the impact on the economy to the transformation of the territory, it even provides an anecdote about the philanthropic intention of installing a Guggenheim Museum in Chile; project that, because of the situation that the country was living at that time, did not even become a “white elephant”.

Ulloa-Acosta focuses his attention on four key sites: Sewel, Chuquicamata, Pedro de Valdivia and María Elena. Sites of mining areas and industrial cities, erected in inhospitable places of high geographical complexity for the time. This adaptation of the territory in favor of progress is the theme of the work Melted Towns (2018), which consists of four “Nolli” topographic maps set in rubber and representing the population density of these mining cities. The maps are hung and deformed by a linear structure of copper, transformed from the new mining industry and the exploitation of this mineral. 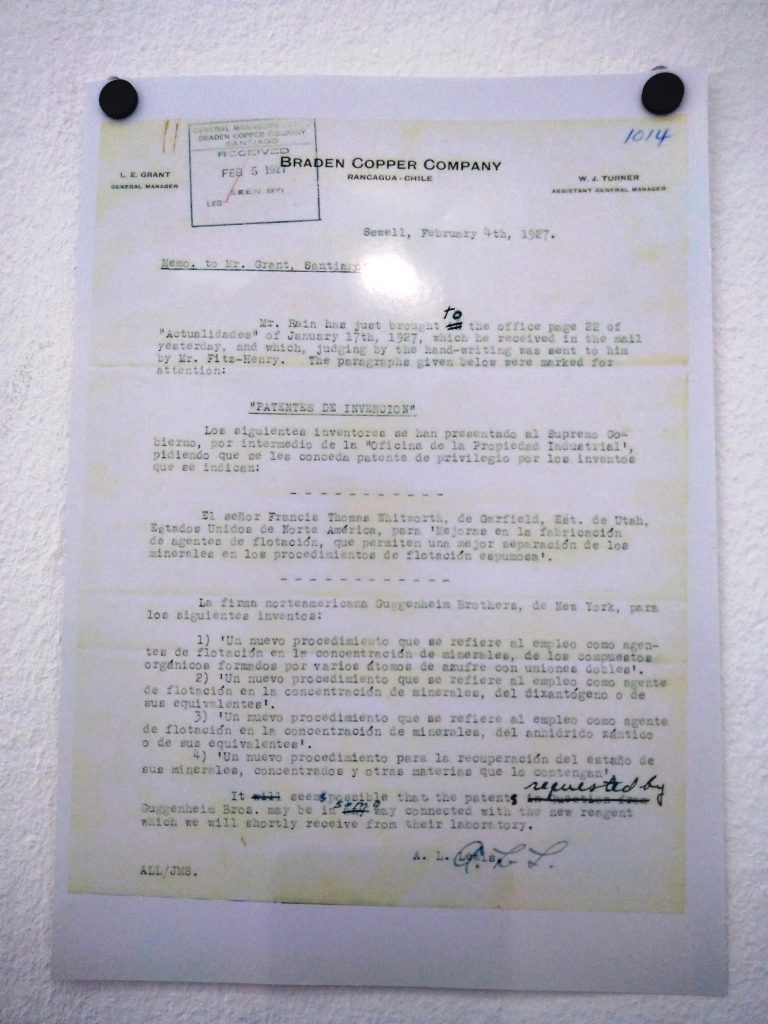 The sample shows the link between the State and private companies, how external capital becomes a kind of lifeline to the high costs associated with the industry. With the presence of documentation of the time the works are contextualized in time, for example, the letter of Harry F. Guggenheim addressed to the then president, Carlos Ibáñez del Campo in 1953. Where, as chairman of the board of the Anglo Salitrera Company -Lautaro, I tried to warn you that high taxes were an imminent risk ad portas of the nitrate crisis.

The sample’s title, La Fundación, has to do with the Harry F. Guggenheim figure, who is also the nephew of Solomon R. Guggenheim, the American philanthropist whose foundation even evaluated the idea of installing one of his modern art museums in our country under the condition that the Chilean State would fully finance a building for it. Of course, this only became an anecdote forgotten by history, because the crisis of saltpeter would mark a before and after in the memory of our country. 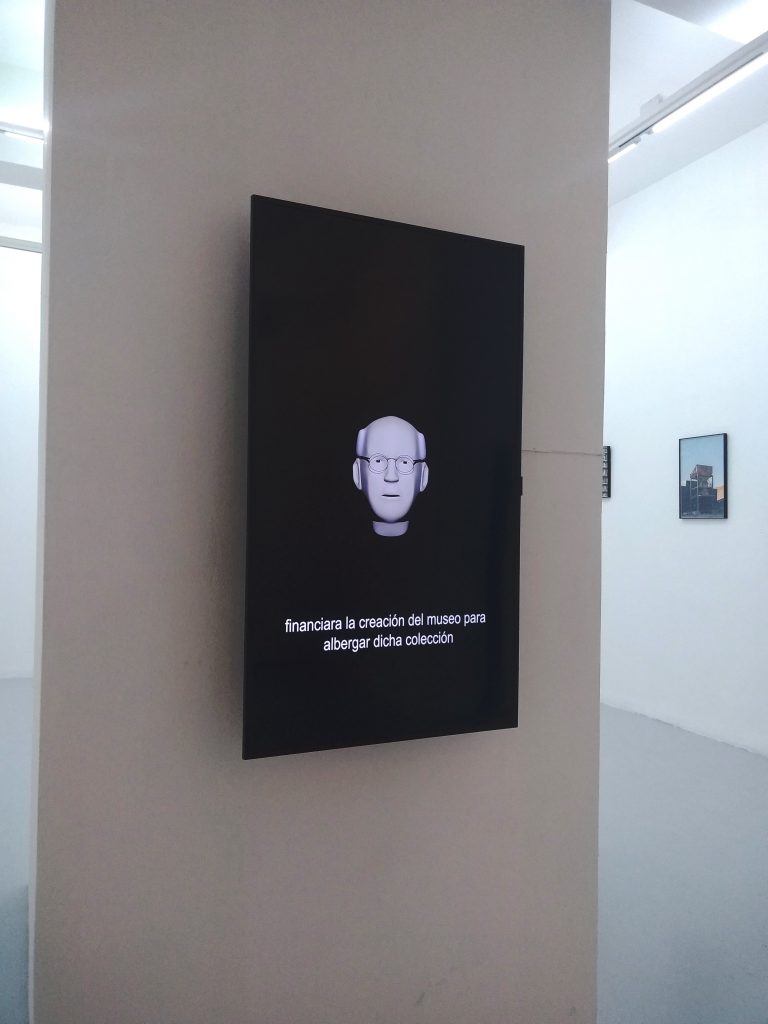 The faces of both Guggenheim are represented in the work Especies Aliens (2018) that inverts them and uses them as flowerpots of two redwood trees, this time the territory is the one that intervenes the figures. They are installed in the gallery as the work with more presence for its size, invite the viewer as they are installed next to the window that overlooks the Alameda.

Following this cartoon line, the work that receives the viewer in the show is N.N (Nilan Nilevich), a video fiction that recounts the anecdote of the Guggenheim Museum and relates it to the Museo de Bellas Artes, using the figure of one of its former directors, Milan Ívelic. In this work, a kind of artificial intelligence serves as the narrator of this small chapter in the history of modern art in Chile and reflects on this philanthropic figure who tries to compensate the historical burden of mining in Chile, in art. Currently, there is still a connection between art and mining, the Hidden Mineral Prize, to mention an example.

Finally, the photographic series The Guggenheim were here (2018) portrays the direct intervention of the territory with the lapidary phrase in English, as a protest that bursts into native elements of the mining landscape. It is as if this exhibition tried to put the finger on the wound and denounce that art cannot depend on philanthropic decisions for its realization, declaring what could not be. 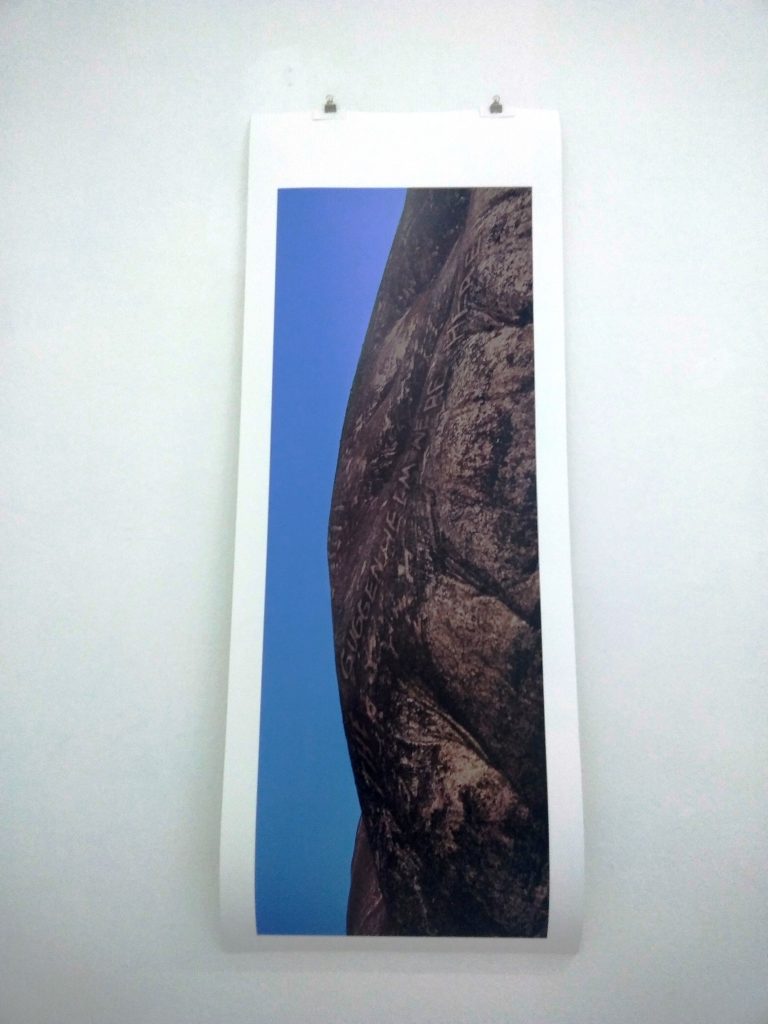