The Chilean Sebastián Errázuriz, Teatrocinema and the National Symphony Orchestra of Chile will be the representatives of Latin American Art in CorpArtes 2019. Within about twenty activities, they will share a space with an important international listing that includes names like Anish Kapoor and the London Symphony Orchestra.

Together with La Lumiére del L’Honni of Roberto Matta, in the Center of Arts 660 lobby, about a hundred persons are waiting for the official launch of one of the most expected program in the culture Chilean world.

An activity that reminds of the myth that Matta alluded in the 1965 oil painting mentioned above. That in which Prometheus snatches the fire from the Gods and he gives it to humans, becoming it democratic. A mission that has also accomplish the CorpArtes Foundation from its beginnings and with what its director Francisca Florenzano, presents the artists that will come in 2019 with the sentence “art is for all”.

The Program, Education, and Extent of CorpArtes Foundation, Fernanda Castillo, explains that the main selection criterion was to “bring contemporary artists that tell us about contingent subjects through their interesting proposals and works. Our goals for the 2019 program is to offer quality shows, with a clear accent in the excellence at an international level”.

For Latin America, this is accomplished by the artist Sebastián Errázuriz, in visual arts, the second South American person with sold artworks in the international auction house Soetheby’s. In 2015 his black and white sketches impressed the dizzying New York avenue of Times Square that, accustomed to the strand of colors of a market that doesn’t stop, was not disrupted by a contagious pause. The designer does not exhibit in Chile for 15 years and El principio del fin will be his expected arrival between this November 27th and January 27th. A comeback that, additionally, marks a clear exception inside the local presence for the 2019CorpArtes program.

Also, the National Symphonic Orquestra of Chile will exhibit with the sound of piano, violin, and cello of the European Maisky Trio on April 30th, to accompany later the Spanish Guitar of Pablo Sáinz Villegas on June 13th. And later, between August 3rd and 11th, the national Company Teatrocinema makes premiere of El sueño de mó, his first piece for kids that will be told through a mixture of languages among theater, cinema y comic. These will be the acts responsible for fill the Latin American presence inside of the 20 shows of the next season.

The Program, Education, and Extent of CorpArtes Foundation, Fernanda Castillo, explains that the main selection criterion was to “bring contemporary artists that tell us about contingent subjects through their interesting proposals and works. Our goals for the 2019 program is to offer quality shows, with a clear accent in the excellence at an international level”.

In that same line that the presence of the London Symphony Orchestra was announced in concert on May 22nd. Conducted by Simon Rattle, who was also director of the Berlin Philharmonic for 18 years, they will make their debut together in our country. Same stage that will have the Montreal Symphony Orquestra, in charge of Kent Nagano, on October 5th. 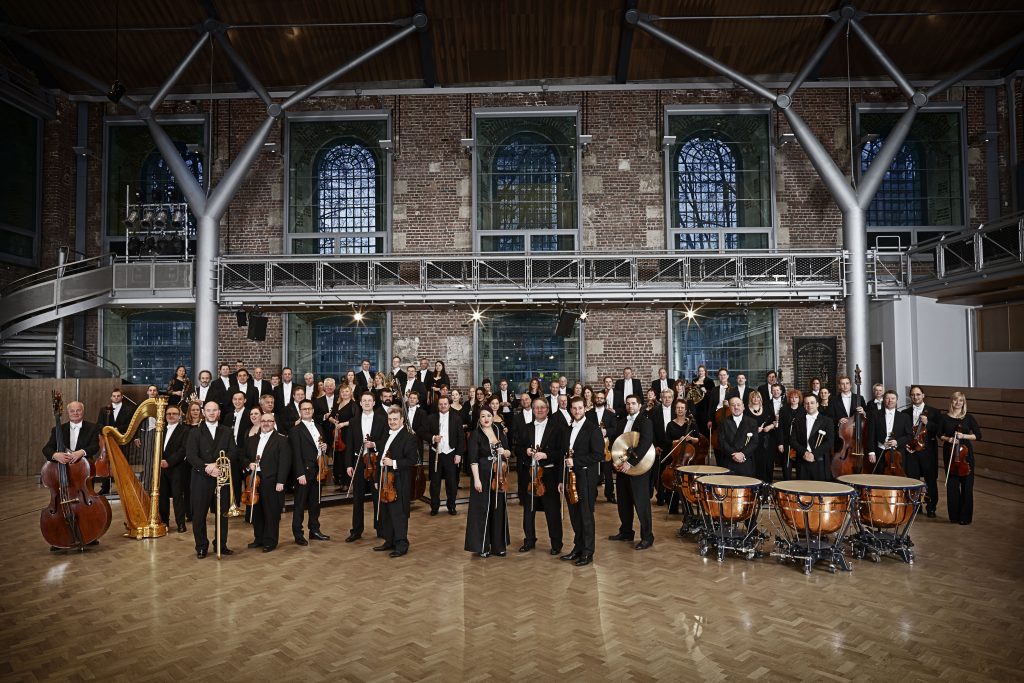 The widely acclaimed pianists Katia & Marielle Labèque will also present for the first time in Chile. Together with the debut of the creditor of more Gramophones in history, the British John Eliot Gardiner assumes the musical direction of the Monteverdi Choir on  November 8th and the comeback of the baroque lyrical singing anti-diva Joyce DiDonato, on October 25th, will fill the musical billboard.

The most provocative is in the visual arts…

The expectation induced in 2015 by Obsesión Infinita exhibition of Yayoi Kusama or the just finished Inoculación, by Ai Weiwei, is what CorpArtes wants to repeat with one of the most prominent names of the world of contemporary art: the sculptor Indian-British Anish Kapoor, winner of the Turner Prize in 1991 and that will exhibit in Chile for the first time from April until September.

Ausencia is the exhibition that makes him land in our country and pieces that will be made here will be included, by the first distance studio of Kapoor in the region. In Chile will start the first Latin American tour of his pieces that —From the abstraction and the perception questioning— have already burst in great permanent collections of Tate Modern, the Guggenheim of Bilbao and the MoMA.

Hundreds of thousands of visits have had some of the most highlighted visual art exhibitions of CorpArtes in recent years, something that is wished again in 2019. An encouraging streak for a country that is growing little by little in the cultural consumption and that is hoped to be kept up with the continued involvement of the artists that represent our Latin American scene.

Anish Kapoor | Towards the uncertainty threshold

Anish Kapoor in CorpArtes: worries over space and body

Santiago is filled with music this new 2019 season