The C.A.V Neo-Mudéjar Museum is a Center of arts, experimentation and creativity that opt for rescuing unused spaces to operate them as cultural spaces. It opened its doors as a self-organized, free and artistic residency center in June, 2013. It’s focused on giving voice to New Media Arts and vanguard creators. It is focused on boosting disciplines as Urban Art, Video Art, Performance, Parkour, Sound Art and bringing them closer to a general public with a steady differential teaching approach.

Ángela y Felipe Cura | What issue are your addressing in the 1st Masterclass AAL?

The Museum has valorized a representative space of the industrial archeology of Madrid in the 19th century (what once was the old workshop of MZA) and recover the material and immaterial memory of the space of the city of Madrid. Inside the Museum is created the Documentation and researching Center of the Video art CIDV that make arrangements with other Museums as the Centro Arte Alameda of México which creates visibility strategies of their corresponding files through exhibitions and discussions. From the beginning, Neo-Mudejar has acquired pieces from different national artists and internationally as well that have created the Museum collection. 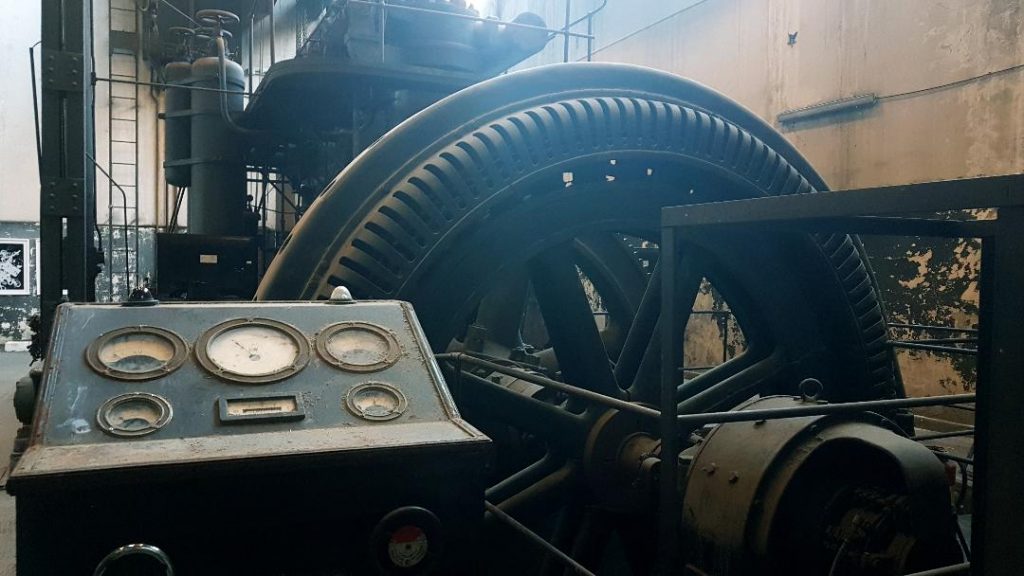 Inside of its compromise in favor of the transformation and configuration of spaces for the transversal creation of new cities, the Neo-Mudejar opts for an interlocution with the district and a collaboration work with the related entities in the district of Retiro. The C.A.V La Neo-Mudéjar opts for an art committed to social values and explicit complaint against the power. It holds the line of the Museum inspired by Latin American tendencies that open its doors to the social reality of the environment and it commits with initiatives of dignifying and visualize the vulnerable collectives.

Before to its opening, C.A.V created a need map for non-visible collectives in the city of Madrid. For that, it created a strategy of art residencies that have an open call during the whole year. The Neo-mudejar embraces other collectives inside of its umbrella of residency, Associated Video artists, Collectives of Parkour, Urban Art, Music of experimentation, Light journeys, the Orquestra on the roof are some of the regular residents of the space. The inclusion is one of the transversal stakes of the center, just like the sustainable management from the base. The Neo-mudéjar management is based in an octopus system where its tentacles develop independent projects with its own self-management system.

From the beginning Neo-Mudejar has acquiring pieces from different national artists and internationally as well that have created the Museum collection.

For the Neo-mudéjar is so important to get new proposals close to Madrid which are developed in other countries so exhibitions, samples and cycles are scheduled regularly as the Oberhausen OnTour Festival (Germany), South Korean 10-years Cycle of video art carried out by Igong, Performance Voyage MUU (Finland), AVAF (Sweden), Mutoscopio (Mexico), Ready Media 10 years of New Media Arts by Laboratorio Alameda (Mexico), Exhibition for Ukraine with more than 30 Ukrainian artists, special sample Now&After (Russia), special sample Magmart (Italy), etc…

The C.A.V does not have subsidy and from the beginning, it has claimed the institutional accompaniment for specific issues discussing with the institutions and trying to raise awareness of the necessity of including the civil entities in the construction of a city model. Also, we have the participation in the project of private companies as Bodegas Martín Códax, Crambo Audiovisuales, and SHARP.

The management model of C.A.V has as an aim the resource efficiency, energy sustainability, material recycling and space uses. Its rehabilitation and preservation model of the memory of the facility was claimed by Foro Iberoamericano of Culture in Quilmes and got the recognition of the pathologies Master Buildings of the Technical University of Madrid, which developed a final project of Master 2014 based in the marked lines by the directive team of the Museum. In respect of the energy efficiency, the C.A.V. Neo-mudejar has a consumption similar to a common house basing all its consumption in LED technology and maximum-efficiency lighting equipment, televisions, projectors, etc…

The Neo-mudéjar has an editorial line with edited catalogs of the exhibitions developed in the Museum and a free-of-charge newspaper that edits every two months.

Néstor Prieto coDirector, Riós, Ourense 1982. Art House Madrid Founding member, together with Francisco Brives, assumes the direction of the Art Center, La Neomudejar. Currently, he also directs the Festival of Video art IVAHM, which has managed to create a model of a non-competitive international festival that takes Madrid as the main venue where not only pieces but also artistic exchange projects are presented between the different participating countries. The first edition was in Madrid and was given roaming in A Coruña (Spain), Toro (Colombia) and soon in Buenos Aires (Argentina).

As a video artist, he has participated in festivals such as Optica Festival in his editions of Gijón, Madrid, Buenos Aires, Jerusalem, Tel Aviv, Haifa and Sderot. He has also participated with his video piece UMBRA of the XV Edition of the Malaga Spanish Film Festival. He currently produces his pieces in La Neomudejar.

He is also part of the board of directors of the association of Spanish video artists “VA” (Associated Video artists). He participates as a speaker in the Master in Management of the Film Industry of the Carlos III University of Madrid in the subject of “Video”.

Francisco Brives coDirector, Coruña 1970. Founding member of Art House Madrid. His career started in Video-performance and since 1994 he combines with his theatrical and poetic work. His debut as a filmmaker “Nunc et in hora” (2010) opted for 14 nominations for the Goya awards and 8 for the Mestre Mateo Awards. Currently, he finished his second Feature Film “DRAKO”. As an actor he has filmed with Marcel Van Brakel (Unna), Ricardo Franco (Oh cielos!), Liberto Rabal (Síndrome, la esquina, Las noches vacías). He has recently created the brand La Maleta Amarilla with N.Prieto, as an international distribution seal for Videoart and CineArte.

As an actor, he has a deep résumé in theater and cinema working as in Spain as internationally in Germany, Belgium, Japan under the direction of Eddy Bereycken (No te escaparas, Blastoidea), Benno Boudgoust (The invisible cities), Nada kokotovich (Hamlet Machine), Komei Sugano (Time carrusel).

Contemporary art takes over the streets of Madrid