As part of its season of 40 years anniversary, the BRIC organization has entrusted HEDERA, a formidable light structure, to Grimanesa Amorós, the interdisciplinary Peruvian artist residing in New York with “reputation of creating stunning light installations that refer to the topography of distant planets” (The New York Times T Magazine). HEDERA, that will be installed in the Prospect Park Bandshell as a special element of the BRIC Celebrate Brooklyn! Festival, looks to intensify the relationship between the public space and the community through discussions. From June 5th to August 11th, thousands of visitors from Brooklyn and other places will be able to interact with the sculpture.

Why is impressionism important in our history? 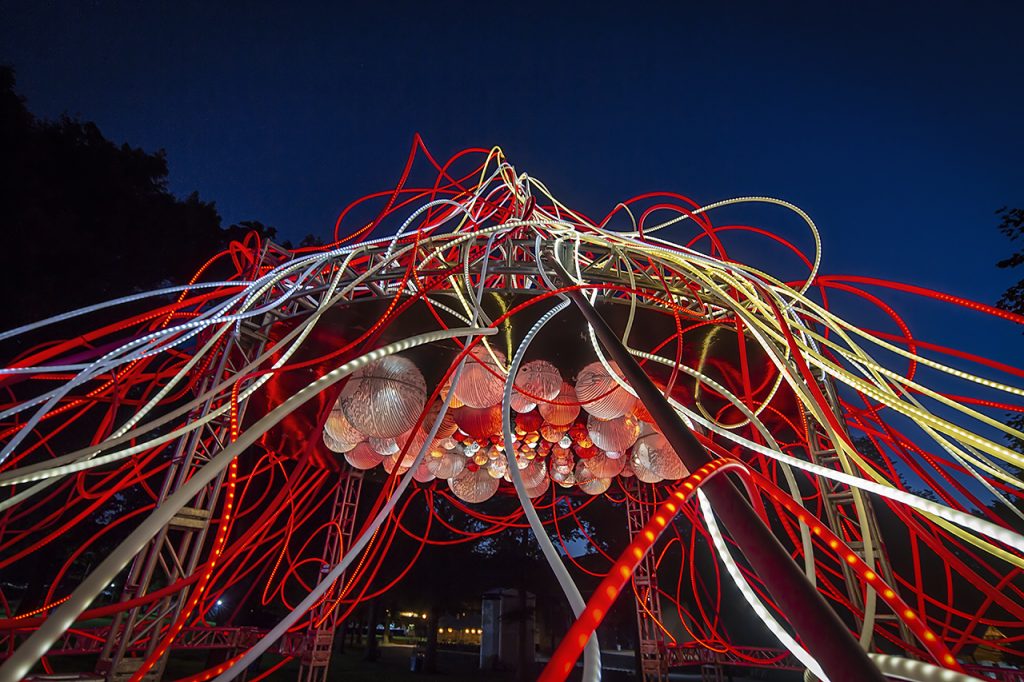 Amorós researches locations, histories, and communities of her installation places, from impressing places as the Puente Soleri in Scottsdale, Arizona to Times Square or La Torre de los Vientos in México City, and starts her work through an instinctive and organic process. This intuitive relationship with technology is a feature that distinguishes the practice of Amorós. Instead of interfering with natural flow of people and events in the park, the light sequences of HEDERA are targeted to reflect and enhance its environment. Amorós was inspired by the Bandshell shape and the natural beauty and magnificence of the landscape of the park to create his structure. This sculpture, which measure is 40 x 40 x 24 ft., will be placed over the grass through a cone-shaped structure, and its dome-shaped coronation wraps viewers and the surrounding space with lights and bright colors.

Amorós will create a personalized, fluent, and flashing sequence of red and white light pipes that will top the sculpture with light. The LED light pipes will cover the structure and create an atmosphere of immersion for the viewers who feely walk under and surrounding the work. The viewers that venture to enter to the center of HEDERA will see their own reflection in the upside dome. In the HEDERA core, viewers will see smaller domes that project beyond, shapes that seem to be central buds of a plant. Its bright shadows will offer images of a blooming flower from the plant and creation. Amorós has declared to want this sculpture to coexist with its viewers, getting them closer to an ideal world where people can join to celebrate the creativity, nature, diversity and a shared humanity. 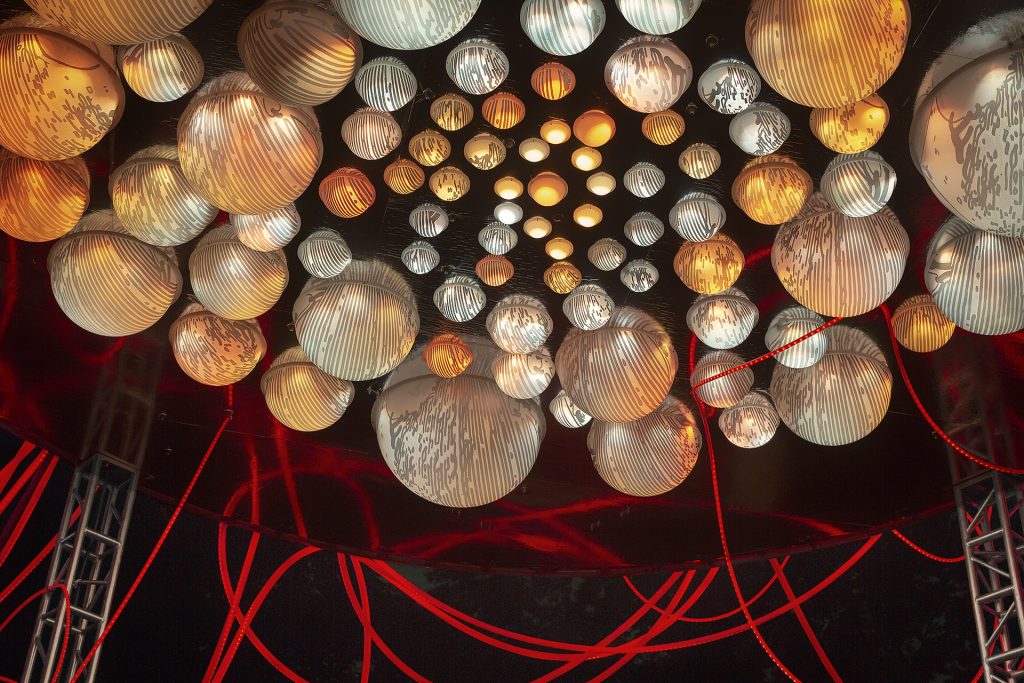 Grimanesa Amorós said: “I’m so happy to join the BRIC Celebrate Brooklyn! Festival because of its 40 anniversary. HEDERA means ivy in Latin; the general structure of my work is inspired by the natural beauty and the magnificence of plant life of Prospect Park. For me, HEDERA is a romance with the unknown”.

Elizabeth Ferrer, vice chairperson of BRIC Contemporary Art said: “During many years, I have followed the work of Grimanesa Amorós and I thought she was the perfect artist for lighting up the place of the BRIC Celebrate Brooklyn! Festival in Prospect Park. Being the first big work that is installed as part of the Festival, I wanted to work with an artist whose work could praise the magnitude and complexity of the place, in addition to mark his/her own style. The Grimanesa work will act as a headlight, a central point of creativity and energy that offers a unique experience to our diverse crowd”.

Since BRIC Celebrate Brooklyn! Festival started in 1979 as a catalyst for a booming simple of performing arts of Brooklyn, and for bringing people back to Prospect Park after years of neglect, it has turned into one of the main cultural attractions of the summer in the city. The BRIC Celebrate Brooklyn! Festival is a reflection of the diversity and eclecticism of Brooklyn and will offer a wide range of free worldwide level pieces in the Prospect Park Bandshell. The recently announced 2018 season starts on June 5th with a free opening night concert sponsored by BET in charge of Common, actor and musician winner of an Academy award and of a Grammy, and continue with the events that illustrate the mark of BRIC Celebrate Brooklyn! Festival, a mixture of music, cinema, dance, and multimedia Works, with food and other provisions of local vendors and craftsmen. The Festival is presented together with the New York City Department of Parks and Recreation of Nueva York city.