In the celebration of 10 years of Fundación AMA created by Juan Yarur, it was chosen a Chilean Artist, she will perform at Gasworks Gallery in London.

The Visual artist Pilar Quinteros (Santiago, Chile, 1988) is the winner of the AMA 2018 grant. Graduated in Art from Pontificia Universidad Católica de Chile University (2011), her work was developed in different techniques: videos, performances, installations, drawing. “You can find everything on my piece of work, because it is a process that I entirely register from I choose the place until the parts are mounted. It’s very experiential”, she explains.

“I feel so excited and enthusiastic to know that Fundación AMA will allow me to spend three months in London, thinking, researching, living and doing stuff with the calm of only doing that. I’m so excited and grateful. I’m going to do my best, as always”, says the artist.

How did you know that you were the winner?
It was funny. I was just watching a movie in which Meryl Streep is chef and does all she can for her recipe book being published and excited every time that the phone rings, waiting to be any interested editor. Meanwhile my phone started ringing and I am told to be the winner of the grant. I moved from fiction to reality in a second, then I cannot believe it at first. I wanted to ask Bernardita Mandiola (Fundación AMA director) to call me again and told me everything again.

World Press Photo chose the “Photo of the Year” 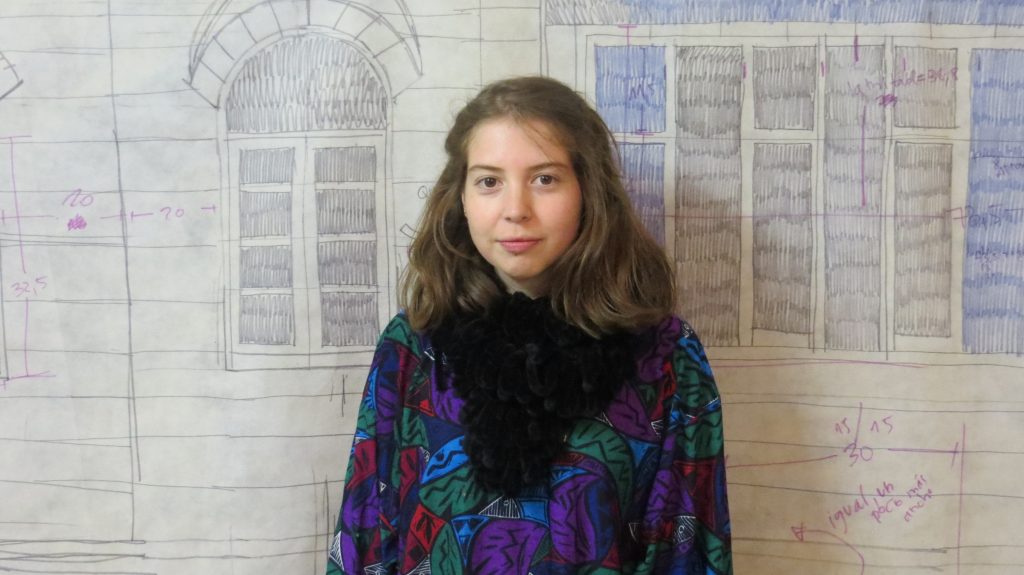 Sobre Fundación AMA
It is a project that gave life to the AMA Foundation in 2008, after Juan Yarur and Cecilia Brunson met with the intention of creating a residence that would promote the work of contemporary Chilean artists abroad. From that date until today, the intention of the scholarship has been to promote dialog and collaboration between Chilean artists and critics, academics and specialists abroad, with an emphasis on the exchange of information and knowledge within the contemporary artistic field. While the Ama Scholarship program began with residencies in Latin America, in 2010 forged an alliance with Gasworks, London, consolidating together a long-term collaboration program.