Every two or three years, the National Museum of Women in the Arts (NMWA), located in Washington DC, invites curators from all the countries where the organization has representative chapters to propose outstanding local artists, among whom one from each country is selected to participate in an international collective exhibition. This year in the setting of the 2018 Heavy Metal, Women to Watch version, the pre-selection made by the curator MNBA, Gloria Cortés Aliaga, for this event was the starting point for Metalmorfosis, an exhibition of twelve women artists organized by the National Museum of Fine Arts (MNBA) and the Chilean Chapter of the NMWA. In line with the theme of the international competition, which focuses on contemporary production on metal, this exhibition is based on this material. 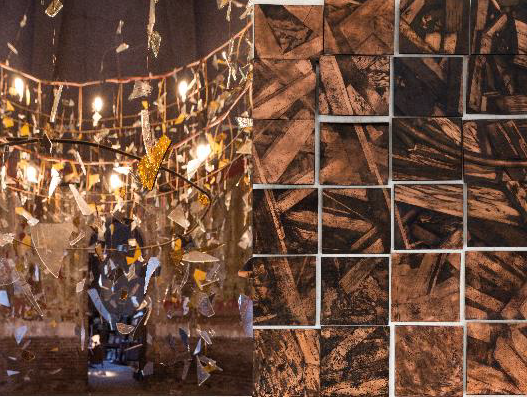 Metalmorfosis, which is supported by the Mustakis Foundation and the Cultural Donations Act, presents the artists Alejandra Prieto, Catalina Bauer, Marcela Bugueiro, Isidora Correa, Pamela de la Fuente, Amelia Errázuriz, Virginia Guilisasti, Michelle-Marie Letelier, Livia Marín, Karen Pazán, Rosario Perriello and Ana María Lira. The work of these artists converges on the gender dimensions within the economic dynamics, showing the concern for the impact of these issues on the reproduction of inequality. Through metal and its transformations, they also deal with themes such as female corporalities, desire and motherhood.

“For several years now, as an institution, we have maintained a museum policy that, among other things, aims to contribute to gender equity and to highlight the role of women in art. To this end, we have significantly increased the presence of female artists, through the acquisition of works and the realization of various exhibitions, activities and research aimed at making the work of Chilean artists, particularly those who are part of our heritage collection, visible. The initiative in conjunction with the Chilean Chapter of the NMWA, of which I am honored to be part of its founding board, is an opportunity to also discover the work of contemporary national artists, with current issues and problems for women, who will undoubtedly contribute to this reflection so necessary in our society,” says Roberto Farriol, director of the National Museum of Fine Arts. 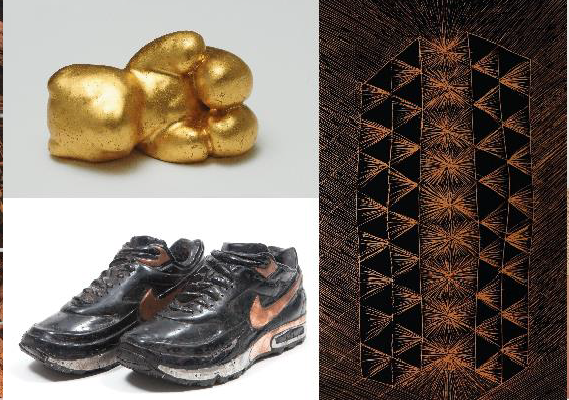 In Chile, the presence of women in public art collections averages 15%, according to figures released during the first edition of the Women Artists’ Edition in 2017. “For this reason, our mission as the Chilean Chapter of the NMWA becomes even more meaningful as we make women in all artistic disciplines visible, promoted and disseminated in order to give them the value they deserve within the national and international art world,” says Drina Rendic, president of the Chilean Chapter of the National Museum of Women in the Arts.

Since 2008, the NMWA exhibition program has sought to accommodate emerging or under-represented artists from participating countries. The national artist selected for the Chilean shipment to Washington DC is Alejandra Prieto, with the work Pyrite Mirror, which will be part of Heavy Metal, Women to Watch, between June 28 and September 16, 2018. Through the work of metal artists from around the world, the exhibition will seek to break with the predominantly male narrative surrounding metallurgy, which relates women to the categories of “fine” art, design, handicrafts and decorative art, whose definitions are rooted in gender discrimination.

In the context of Metalmorfosis, on Wednesday 16 May at 19.00 hrs. a discussion will be held with the participation of the speakers and the sociologist Sonia Montecinos. This activity is free of charge and no prior registration is required.

Winner of the CCU Art Scholarship exhibits in New York