“One is not born, but rather becomes, a woman.”

Under that predicament we can understand that the nature of gender goes beyond a genitality, stereotype or self-assigned role. It obeys a socially and historically developed construct, which by definition indicates the actions of a woman in relation to that man, judge and part of this cited conversion, but in which – being fair – are adhered to past generations of mothers and grandmothers accomplices, as stated by Marcela Lagarde in Los cautiverios de las mujeres, madresposas, monjas, putas, presas y locas (The captivities of women, mother-wives, nuns, whores, prisoners and madwomen): “Patriarchal ideologies make many women not only captive, but also captivate,” supporting a silence that encourages the dominant male. Master and lord with the power to do as he pleases with his wife, even to kill her if he pleases. That’s why she’s his wife, and she needs to be reminded.

In the “Devil’s Nose” you can decipher Colombia

A claim that leads us to observe, not only the doer, but society as a whole. Because violence cannot be naturalized or celebrated as a ritual, and this is demonstrated by these “photographic offerings against femicide, Archive for Non-Violence against Women”, which from Estación Mapocho Cultural Center (CCEM, by its Spanish acronym), raise their voices with an artistic activism that confronts the standardization, relativization, domestication of violence and the prefabricated stereotype of gender, forming this exhibition curated by Andrea Herrera and Gabriela Rivera. 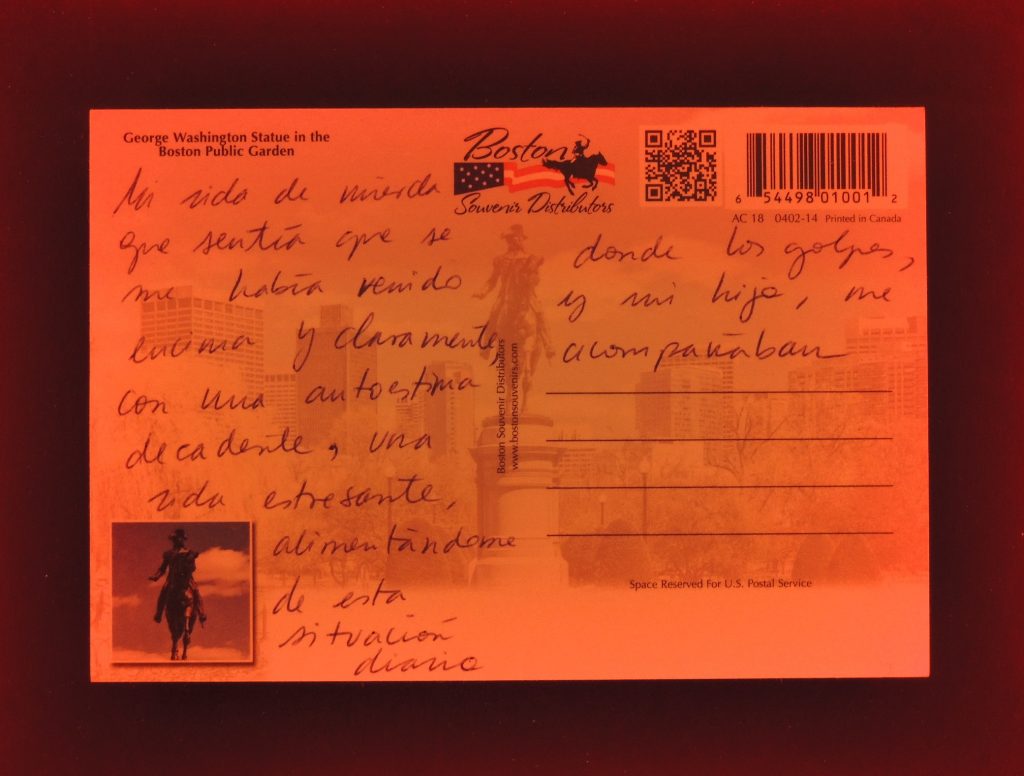 In a first approach Mariana Gallardo in Una Institución (An Institution) uses a cake to show the bifrontality of a relationship that at the same time loses its initial condition and the sweetness of those Flores de Azúcar (Sugar Flowers) end up in the bitterness that many couples who, shielded in the institutionality of the usual, endure this intered form of violence. A scourge that also reproduces the work of a victim therapeutically dedicated to pastry and ironically to the creation of wedding cakes. In this context, a special sense of Legitima Defensa/ Tipología de las armas presentes en el hogar (Self-Defense/ Typology of the weapons present in the home) by Sumiko Muray, takes on a special meaning, by interweaving the stereotype of the classic pin-up with the housewife who daily endures domestic violence, wrapped in the sensual freshness of this diva, who, together with an arsenal of domestic utensils (rolling pin, iron, coffee maker, etc.), at any moment can derail such a fragile reality Contrary to what was seen and expressed in Doméstica (Domestic), where Macarena Peñaloza makes the postcard a testimonial support for the mistreatment and its recurrence: “The shitty life that I felt had come over me….” and in 3 veces Stephanía (3 times Stephania), reminiscent in where Pía Acuña, divides the interpellation into two silent epiphanies: the Atacama Desert, where Stephanía Morales was run over three times by her ex-partner, and on a lilac paper ribbon that bears a proclamation that the wind lifts in a mute and symbolic aid.

This is not very different from what was presented in the Memorial Instalación Femicidio (Memorial Installation of Femicide), an initiatory street intervention carried out in Chile (2004) with which Kena Lorenzini locates the reflection from the desolation left in the shoes of the victims, putting together a cube-shaped photograph in which she makes us see that femicide, like this geometric body, has nothing relative. On the contrary, its absolutism is such that it reaches people who are abused because of their gender.

The same infamy is portrayed by Zaida González in Unos cuantos piquetitos (Few Small Nips), tackling the issue of aggression and murders suffered by transsexuals with a touch of irony, taken from a painting by the same name by Frida Kahlo, which gives a parenthesis to the filming of the events presented here. Or as in the case of Mónica Briones Puccio, an artist who was beaten to death the day after her 34th birthday, which Ximena Riffo recreates in Lesbophobia, recording several performances, including a “mass kissing” as an act of mass liberation.

Nevertheless, the forms of brutality are so many and so extreme that the punisher attacks not only the mother, but also her children or his own children, as a crazy form of punishment, alluding to the guilty fact that, “Even a dog is a better mother”, a harsh trial that Gabriela Rivera condemns in Maternidades culposas (Culpable Maternities). An open secret that extends itself in the work Dominio Público (Public Domain) of Marcela Bruna, who uses the facade of the Palacio de la Moneda (the seat of the president of Chile) as a metaphor to show the inability of women to assert their rights or self-determination over their own bodies and uses this distinguished support to unfold the phrase: “I killed her because she was mine.”

In a different, but equally close direction, Jocelyn Rodríguez in Trama inconclusa (Unfinished Plot) investigates stories of pregnant women and women murdered by their partners, and how the media – in a perverse web of unspeakable media manipulation – distort or silence them. Like what happened in Cultura de la violación (Rape Culture) of Andrea Herrera, which recalls the case of Gabriela Marín, a young mother raped in 2011 in San Fernando, who after being abandoned by a supposed protection network of local institutions (police, hospitals and prosecutors), decides to commit suicide. 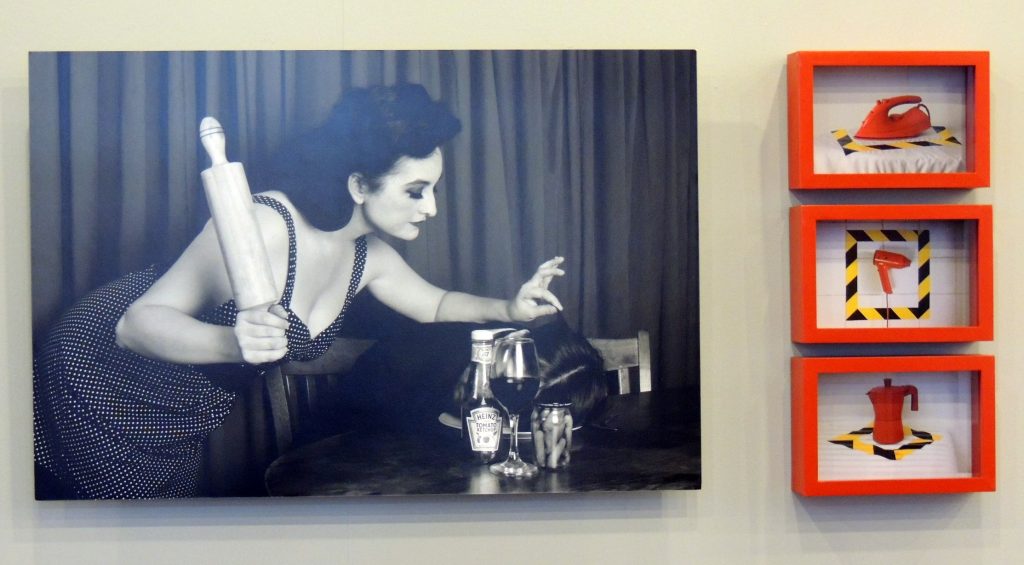 Although intermittent harsh criticizing or reporting is not consistent with exceeding and damaging, these photographic offerings against femicide, at least provoke a cross-section of what has been experienced inside homes, couples and society, and as Alejandra Pizarnik pointed out: “Rebellion consists in looking at a rose until you pulverize your eyes.” The approach taken by this eloquent exhibit, where there is no consent, but rather the most determined determination to externalize the cost paid by some women, as daughters, sisters, wives and mothers. Those who suffer from an escalation of horrors that was not enough, dismiss what is expressed both by the Judeo-Christian literature, as well as by the scientific texts that confirm that we all share the same mother Eve or Mitochondrial Eve, who according to the most recent studies is recognized as the mother of the entire human species.