Common among artists, that they mind has a distorted sense of reality that makes they work difficult to understand by a person who does not share their vision and deep understanding of how art, religion, colors and the ability to express, without verbal words, a feeling of freedom and expression are combined on one level.

Interpellation vs. Obedience: the new work of zZará

The first time I visited an exhibition by HR Suriel, I didn’t have the chance to meet the artist, but I was captivated by how his works contain a mystery, as if he were trying to make each one of them a mental labyrinth for the spectator. The walls of the Museum of Modern Art were covered in tinplate, just as if you were in a spaceship.

Months later, I was invited to Hugo’s studio, it was like being transported to a parallel universe. As soon as you enter, you come across the metal-coated walls, which make way for an unknown portal, for a journey through time. The music that sounded made you feel as if you were in a prohibitionist bar in the 1920s and the works themselves were an act of rebellion against human existence. The atmosphere there has an aura of mystery, which would tempt anyone to want to hold clandestine meetings to bring about a revolution against dictatorships, false democracies and all those bureaucratic institutions that deprive the individual of his or her freedom. 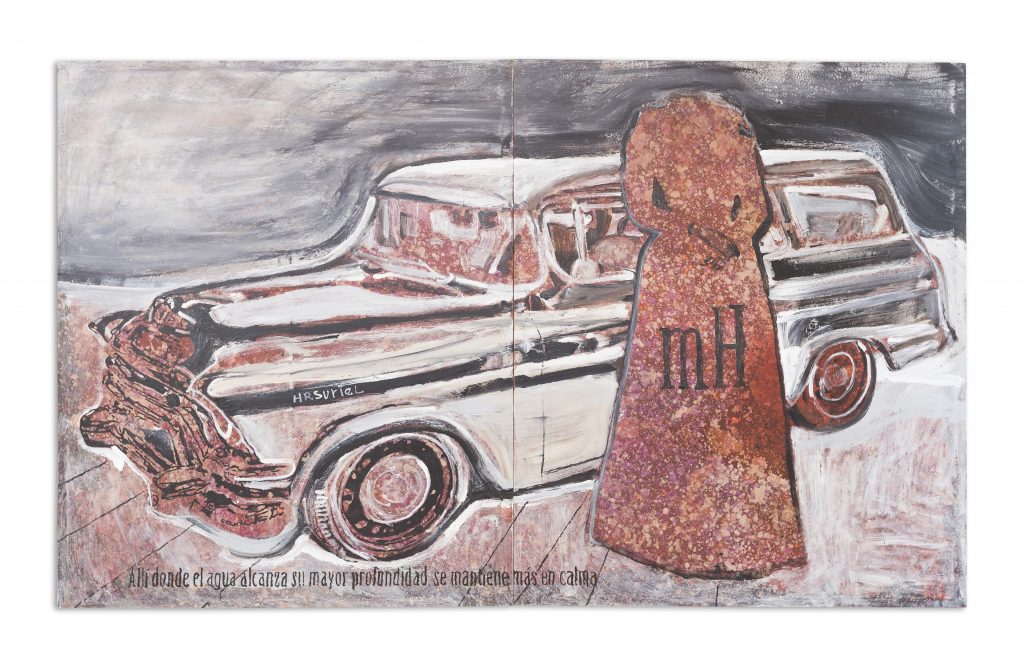 From motorcycles to a painting featuring a Vendetta mask at the Last Supper, HR Suriel’s work is an act of rebellion against an increasingly perverse humanity. His paintings on meshes would seem to symbolize the same ones that contain criminals in prison, as if they were enough to contain the madness of an artist, as if one could be sane to understand art. The color palette used by HR Suriel is as eclectic as the themes it addresses, yet it maintains a harmonious style.

HR Suriel conceptualizes the artist as a privileged person because he has to concentrate on the studio and move away from bohemian life to find his own line through solitude. To work on aesthetics you have to work in solitude, to be able to explore themes, not to be repetitive and not to do the same as the last time, but to change, improve, create. This mystique is represented in his work, which deals with themes of solitude itself and how through it we are able to discover things of the self, of the being and of the existence that perhaps we had neither considered nor discovered. 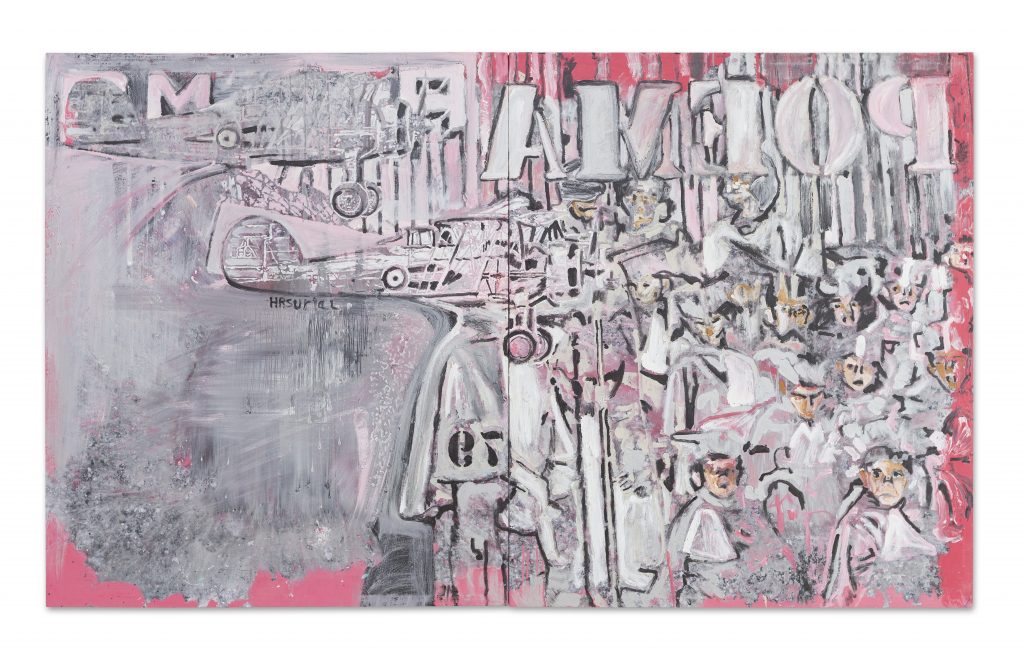 My favorite among the paintings on display is undoubtedly the one of the girl who says: “Happy is he who realizes in time that his desires are not in accordance with his faculties.” How many people would not want to achieve an unattainable goal, a dream that seems illustrious, but which perhaps is not really what would be in our best interest? HR Suriel shows the possibility of making the impossible possible and that in art, it is more than anything else to captivate, transform and transport places in parallel universes that we are unable to discover if we only stay on the earthly plane.