The National Young Art Contest of the University of Valparaiso (UV) is the oldest of its kind in the country. In the context of the preparations for its 40th edition, next Thursday 8 March, at 12 noon, an exhibition of the winning and selected works of the 39th edition will be inaugurated at the Espacio Matta Cultural Center in La Granja. Among them is the Funny Games diptych by the artist Mariana Nachmanovich, who won the Honorary Prize

After being presented at the El Farol de Valparaíso (Valparaíso´s Lantern) exhibition hall, at the end of 2017, the exhibition of some 40 works will remain at Espacio Matta until 8 April.  Later, it will be transferred to the Pinacoteca of the University of Concepción where it will be exhibited between April 18 and May 18, 2018..

The presence of the best works in Espacio Matta, for the fourth consecutive year, is due to the commitment of the University of Valparaiso to the communities of the southern part of the capital. In fact, its Santiago campus is located in the commune of San Miguel for a decade now.

On the most recent contest, UV Director of Extension and Communications David Carrillo explains that “this time we recognized two women with the main awards: Mariana Najmanovich, University of Valparaíso Honorary Award , due to her work on the  Funny Games series; and María Gracia Basso,Banco de Chile bank Award, with Destellos (glimmers).

He adds that “his works and those of the 39 selected were chosen from among 225 works by 205 authors from Tocopilla to Temuco, which confirms the national character of the competition, whose consistent call entries from recent years has once again consolidated it as the most important plastic arts competition in the country”.

It is worth mentioning that the Consejo de la Cultura award went to Claudia Gutiérrez, from Santiago, with the series Poco se gana hilando, pero menos mirando (Little is gained by spinning, but less by looking), and the Municipalidad de Valparaíso award went to Óscar González, from Paine, with Pala y Piedra (Shovel and Stone). 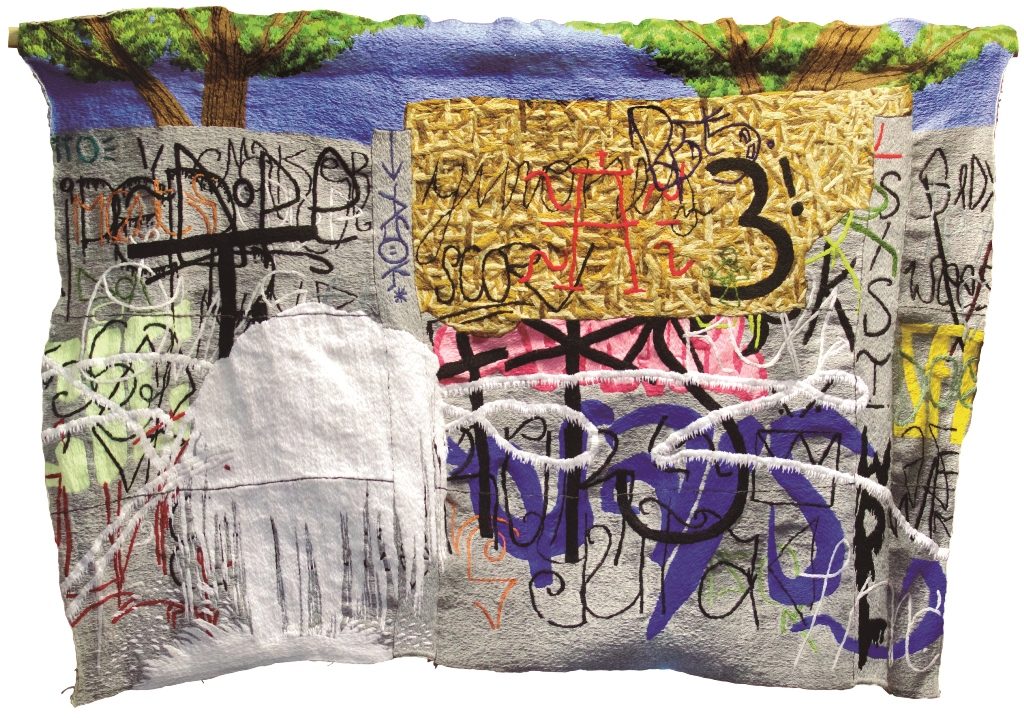 The jury was made up of the academic Alberto Madrid, the director of the Gabriela Mistral gallery of the Ministry of Culture, Florencia Lowenthal, and the visual artist Roberto Acosta.

The competition, which is aimed at young people under 35, has historically identified new artistic talents. In this sense, the director of the competition and curator of the El Farol hall, Rafael Torres, recalled the winning artists who are now well known, such as Enrique Zamudio, Mario Ibarra, José Vicente Gajardo or Andrés Vio, to name but a few.