To assume that a term must have an undeniable unidirectionality, can give us an idea of how wrong we are in front of how art shuffles its cards. For example, when talking about buzzing, we maintain the belief that it is a repetitive vibratory effect until we say enough and that a stereotype is something preconceived, immutable and tacitly rooted as part of an internal pattern. However, Tully Satre with Zumbido (Buzz) and Rodrigo Moya with Estereotipo (Stereotype) intend to break up that convention, each with an individual exhibition at the Posada del Corregidor gallery.

Challenge that is largely taken by Tully Satre (1989), American visual artist with a project created from a series of base portraits (four times larger than the final work), wich paints and then dissects, the use those strips of torn fabric stretched vertically and horizontally, to form a plot where the physical plane is superimposed against a pictorial plane, achieving a new and surprising portrait or painting, object that breaks with the traditional buzz by creating a new visual tessitura in whose chords resounds this grid that, due to its volume, fragmentation and imperfection is separated from the monochord frame to which they try to accustom us.

In other words, the understanding of this Zumbido (buzz), not only lies in the dynamics of making or repeating a certain formula, but in how the image is approached, starting from the numerous layers that are being transformed into something new even for the artist himself, since although he maintains a certain control of the fragments, when overlapping one faction with another, these take possession of the resulting face, as if it were a permanent buzzing, highlight Satre next: “For me there is a movement in this fragmentation, from which I keep learning and working, but in general I feel that my work does not feel like a static result but rather as an animation”. A work in which are curiously interweave in this reticular space some technological or computer buzzing, as notorious as the Glitch that for the case evidences even more that not foreseen characteristic, but very much on the way the Pixel, since although this series is not comprised by a bitmap, at times it seems that it was, although manually elaborated. Which, of course, operates as a latent disciplinary buzzing sound?

Must see Exhibits | In the summer, visual art is still alive in Santiago de Chile 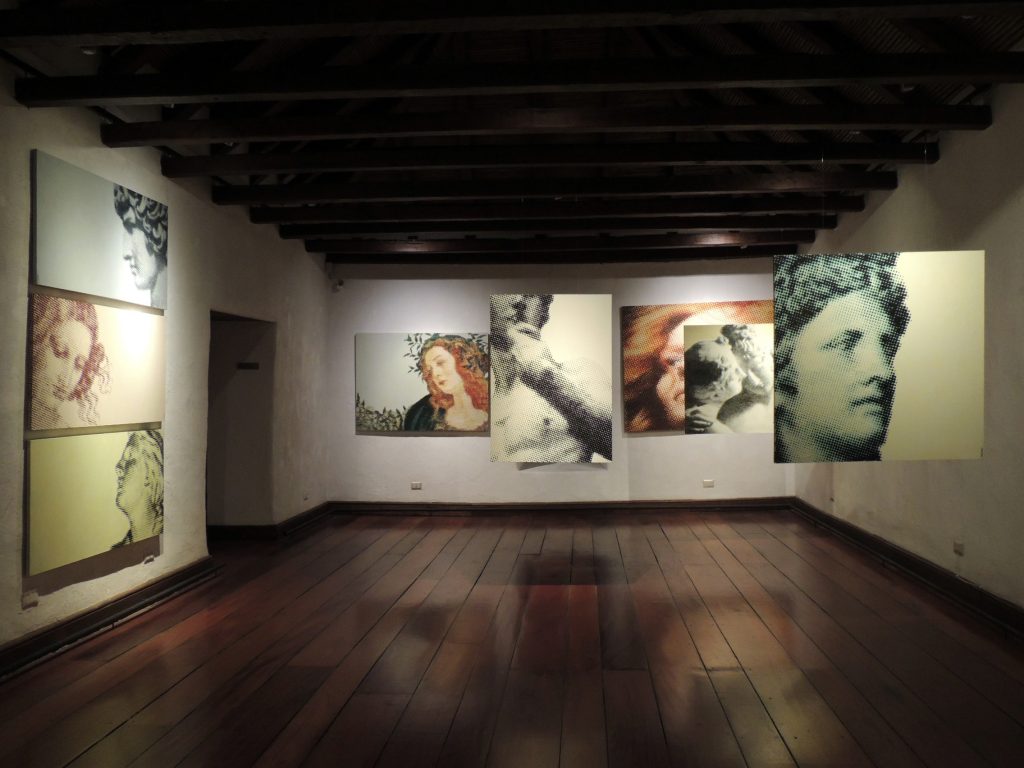 In the same vein, Rodrigo Moya appears with “Estereotipo” Stereotype, a series that rests on two complementary approaches. The first emerged from the exploration of the stereotype of classical beauty as a determining element in Western culture. Assuming that the iconic references that we reproduce until today in the history of art have been detached from the Renaissance, which in the case of this project are recognized in Leocares, Miguel Ángel, Boticelli or Da Vinci, in fashion magazines such as Vogue and the Dutch model and actress Lara Stone. Impression that Moya foster by incorporating in his work the idea of copying these icons, manually imitating the halftone and other mechanical printing systems, in an exercise that breaks with the aesthetic-functional paradigm, articulating a mode of operation that contradicts all logic. This necessarily results in an inversion of the halftone or pattern of dots, making its painting give a “retroactive” twist by remanualizing the mechanical, achieving a remarkable finished product, where at first sight it does not differ what is supposedly industrial from what is done by hand. A handover that, without a doubt, could be enhanced by intervening with greater propriety in the models and not trusting so much in their excessive reproduction, thus allowing the eventual “intrusion” to redirect the iconicity and meaning of the stereotype. 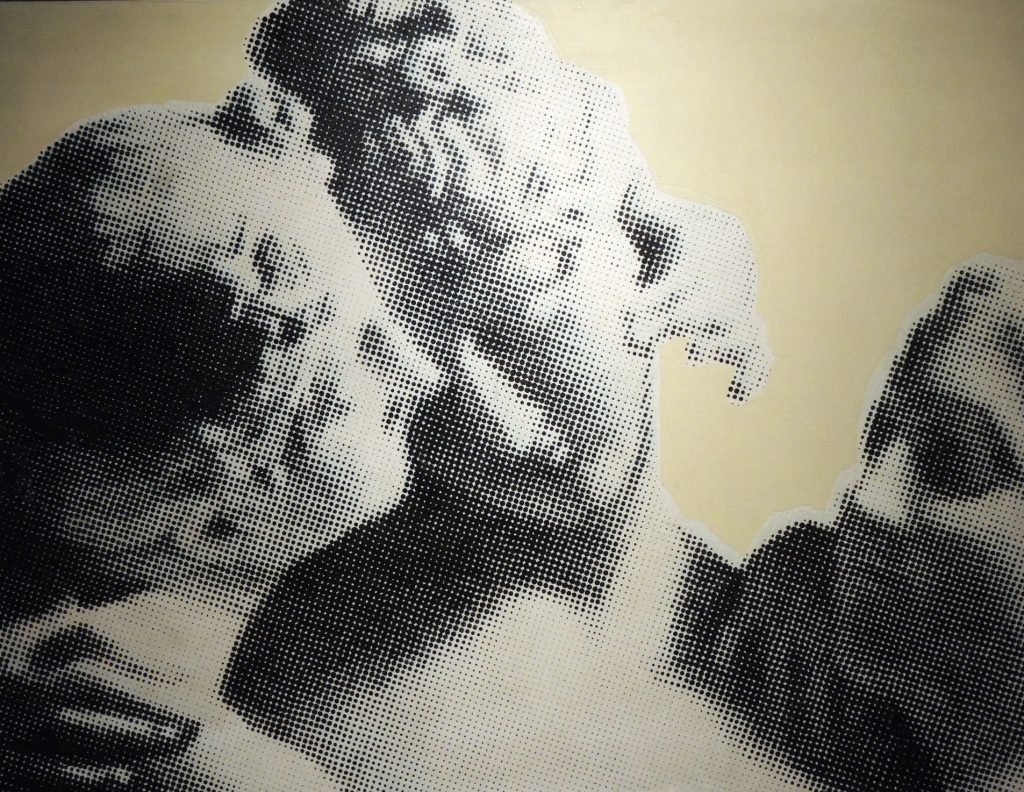 On the other hand, what unifies these artists is that in his projects there is a desire to question around the pictorial matrix and in how the artist takes advantage of that instance to reformulate the materiality of his work, often making that the support is seen as a transient surface where its contents are decanted, but at the same time making it a springboard to dare to do more. In this context, there are other elements that complement them, and it is the fact of wanting to alter the visual perception of the spectator, derived from that permanent restructuring of the work from a fragmentary body expressed in lines or strips and in points or plots, which at the same time converse fluently with each proposal. Thus, contrary to what it pretends, the works are done integrally and manually, which redoubles the merit of the exhibition, since technology ends up being a revocable component, which as a response brings with it an interaction that has repercussions on a constant -rewind- from and to do.

Ultimately, what makes Zumbidos y Estereotipos (buzzes and stereotypes) interesting is that both break with the unidirectionality of the process, and go in search of new plastic and aesthetic possibilities, disregarding the technological efficacy and assuming at the same time the timelessness, as well as the proximity that the same materials grant, generating an undeniable complicity between the artist and the elements.